The Best Video Game Surprises Of 2019 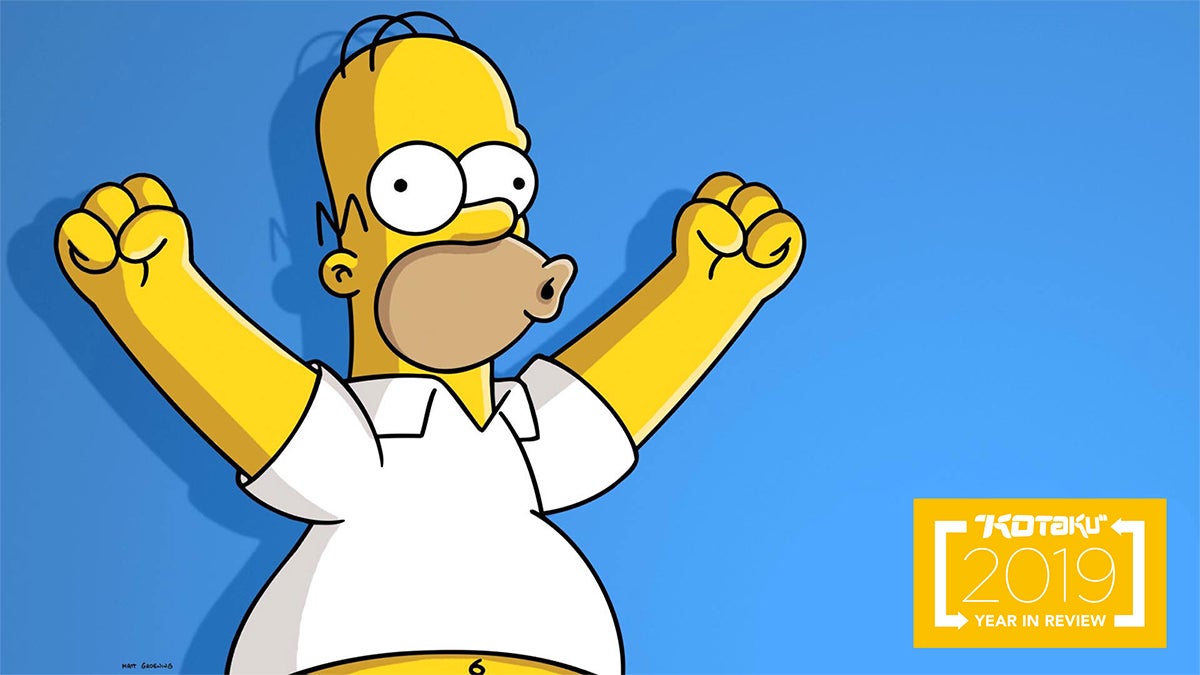 We didn’t expect Sony to just start blabbing about the PlayStation 5, and we certainly didn’t think we’d first see the next Xbox (officially titled Xbox Series X) during a trailer at The Game Awards. We didn’t anticipate that Reggie Fils-Aime’s body would no longer be ready to be president of Nintendo of America, though we probably should have seen that the PlayStation executive shuffle would continue.

We didn’t think Nintendo and Microsoft consoles might soon be getting baseball games made by Sony, nor did we really fathom how great Disco Elysium would be. Microsoft buying Double Fine? Didn’t see that coming, but not as shocking as them nabbing Ninja for Mixer. Nintendo making an exercise role-playing game was surprising even for them.

It was refreshing to see heightened awareness of the labour that goes into making games and the environmental cost of this hobby. It was important, and, sadly, still surprising to see abusive actions of powerful industry people called out.

It was a fun surprise to see that every other time we turned on a blockbuster game, actress Debra Wilson was co-starring in it.

A lot happened in 2019 that we didn’t see coming. Here are the biggest surprises that stood out:

A Battle Royale Surprise Kicks Off The Year Of Respawn

All the big game publishers want their own Victory Royale, so we figured EA was taking its shot with Battlefield. Then came the surprise Super Bowl weekend debut of Apex Legends from the Titanfall makers at Respawn Entertainment. EA splurged on getting streamers to play the game, but Apex’s success wasn’t all thanks to marketing. The battle royale was genuinely good and immediately boasted genre innovations like its ping system—an option that encouraged teamwork and helpfulness—which were then adopted by its mega-rival Fortnite. That wasn’t enough for Respawn, though.

Near the end of the year, the studio released Star Wars: Jedi Fallen Order, a very good, if somewhat janky, Star Wars game, one that ended a series of disappointing Star Wars efforts by EA (to be fair, patches and updates finally did make Battlefront II very good). Just as surprising was how much better Fallen Order got deeper into the game, though it sure was weird that EA (or was it Xbox?) marketing spoiled one of the game’s best surprises in a TV commercial.

The Decline Of Lootboxes

Hey, we’re not exactly free of those publisher-driven machinations that make the act of playing a game a perpetual test of wills about if, how, and when you will part with more money. But the specific mind-game that came with adding lootboxes to every game you can think of appears to be on the wane. Politicians have been cracking down, even if they don’t all seem to understand what the issue is, and console makers are implementing requirements that games on their platforms that contain lootboxes start disclosing the percentage likelihood of getting good loot from them. We’re trying to play video games here, not the lottery, and the game industry appears to be getting the message.

Bungie Takes Control Of Its Own Destiny

Should we have been surprised that the studio that was bought by Microsoft and then split from Microsoft severed its 10-year-commitment connections with Activision at the start of 2019? Not really. But, wow: they got to take Destiny with them and basically go indie. Well-played, folks. Kind of weird that Activision couldn’t figure out how to succeed—or succeed enough—with a game played by hundreds of thousands of people a month, but so be it. Destiny spent most of 2019 as an indie game.

Nintendo Lets The Crypt of the Necrodancer People Make A Zelda


Over the last couple of decades, Nintendo has partnered with huge studios at Sega, Namco and Capcom to make new games in the F-Zero, Star Fox and Zelda series. They’ve tapped smaller Japanese and Western studios to make new games in the Yoshi, Wario and Luigi’s Mansion series. But until this year, we’d never seen them hit up a tiny team that makes some killer hit on Steam and say, “Please make that but with our characters.” And then they did, securing the skills of Brace Yourself Games to make a follow-up to the incredible rhythmic dungeon-crawler Crypt of the Necrodancer set in the Zelda universe. This wonderful surprise was called Cadence of Hyrule, a shock announcement that has left Nintendo fans and indie fans fantasizing about the potential for future partnerships like this.


What? Half-Life Alyx is a real, new Half-Life game. It’ll be in VR. Nevertheless, my goodness. We are in the timeline where Duke Nukem Forever and The Last Guardian came out, the Final Fantasy VII Remake is almost out and a new Half-Life is a real thing. The only bummers here are 1) the people who can’t physically handle VR won’t be able to play this new Half-Life and 2) it appears to have spelled doom for the exciting In The Valley Of The Gods, as developers on that game have shifted to Alyx and other projects.

Out Of Nowhere, Apple Arcade Makes For One Of The Best Gaming Launches Ever

Just imagine mobile gaming without the microtransactions. Imagine mobile games made by super-talented teams who didn’t need to mangle their game designs for said microtransactions. Imagine if, like, more than 60 such games all came out for iPhone on one day and more came out in the weeks that followed. And it could all be played for $US5 ($7) a month.

Games about reading books. A pinball-based dungeon-crawler. A wonderful new game from the makers of Mini Metro. Later, a new one from the creative force behind Threes.

A mind-bending game about infinity. A great new card game. And so many more. It remains to be seen if the proliferation of subscription services like Apple Arcade or the equally great deal that is Xbox Game Pass have a downside in terms of devaluing games or costing creators money—those are potential risks of the model. For now, though, it appears that something like Apple Arcade is a boon and a hint of how much about appreciating games, rather than navigating monetisation schemes, the experience of playing games on cell phones can be.

A Game About A Goose Gets Everyone Talking

While we all suspected Untitled Goose Game was going to involve us being complete pricks to the hapless inhabitants of an unsuspecting village, I don’t know if any of us were prepared for just how endearing the whole thing would be. Evil deeds are transformed into hilarious mischief by a chippy soundtrack, and the complete dedication of important face buttons to a “honk” and a “stupid walk” were strokes of genius. Cementing its place as one of the biggest surprises of 2019 was the fact that despite launching as a relatively modest indie game, it quickly captured the wider public’s imagination, to the extent that everyone from Chrissy Teigen to Blink 182 was raving about it. — Luke Plunkett

Fortnite Disappears For A Couple Of Days


Well, that was nice. And kind of weird. Probably stressful, too, for people hooked on Fortnite. On October 13, Fortnite’s creators at Epic Games staged another one of their wildly successful weekend live events, this time delivering an in-game cataclysm that saw the battle royale’s island map disappear into a black hole. It was “The End,” and ultimately a marketing stunt for the game’s overhaul, of course, but it was also something we’d never seen before: an immensely popular piece of entertainment suddenly removed from the world for nearly two days, replaced by what was basically a screensaver that nevertheless kept millions of people on the internet watching. Not even the removal of Flappy Bird could compare.

At the start of 2019, Dota Auto Chess was just a mod created by a previously unknown studio in China. Published to Steam on January 3, it rocketed to such stunning stratospheres of success that people initially doubted whether it was actually pulling in over 100,000 concurrent players, putting it in a league of Steam legends alongside massively popular games like PUBG, Counter-Strike, and, yes, Dota 2.

What we were witnessing, it turns out, was the birth of a new genre. Part-strategy game, part-gambling, part-even-more gambling, auto battlers took video games by storm, with Valve, Riot, and Blizzard all releasing their own takes on the burgeoning genre before the year was out. While auto battlers may never become the next battle royale, as some predicted at the start of the year, they have nonetheless made their presence known on platforms like Steam and Twitch. On top of that, the genre is still young, with plenty of room to grow and evolve. Where it goes next is anyone’s guess. –– Nathan Grayson

What surprised you this year? Tell us in the comments.