The Contents Of The Secret $544 Inside Collector’s Edition Have Been Revealed, And ????

In March of last year, iam8bit and developer Playdead announced a very special collector’s edition for indie adventure game Inside. The $US375 ($544) box contains a PlayStation 4 copy of the game, Steam codes for Inside and Limbo, and a secret something from sex-mannequin maker Realdoll. Now that the collector’s editions are about to ship, iam8bit has revealed the abomination Realdoll has wrought. It is hideous.

The iam8bit folks requested the images of the included item be placed behind a spoiler tag of some sort, which makes sense. They’d rather not ruin the surprise for Inside fans who purchased the long sold-out $US375 ($544) box sight unseen before they got a chance to open it and see for itself. Plus the item represents a … we’ll say “being” from later in the game, and we wouldn’t want to upset anyone who’s not played the atmospheric side-scrolling adventure yet.

Realdoll specialises in creating lifelike flesh and body parts. What better company to recreate the Huddle, the grotesque living pile of organs, heads, and limbs that makes the final moments of Inside so horrible and exciting? Nearly as tall as the box the collector’s edition comes in, Realdoll’s version of the Huddle looks as if it could come to terrible life any moment. 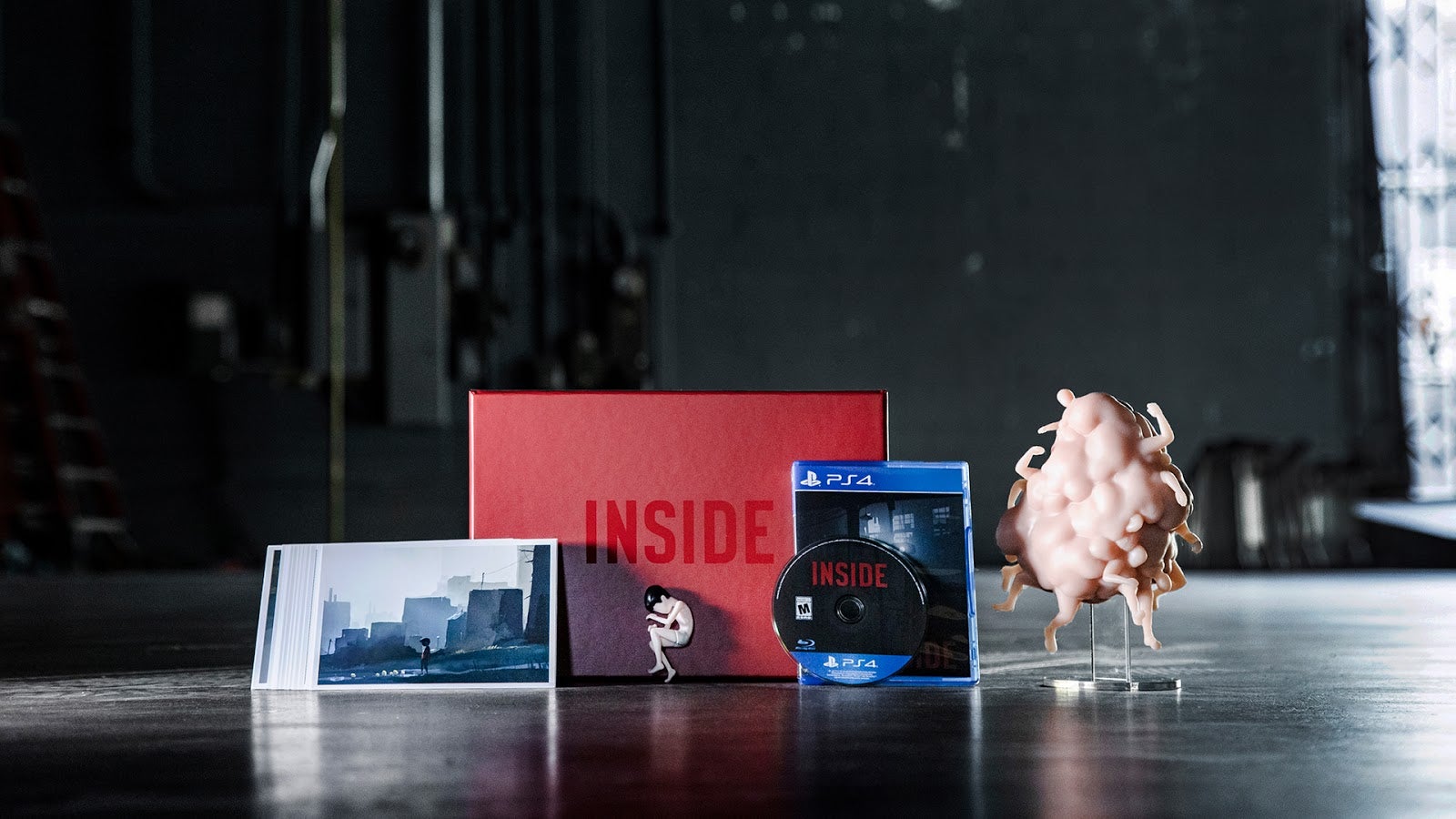 Along with the games and the Huddle, the package also contains a figurine of the game’s young protagonist and a set of lovely concept art collector cards. 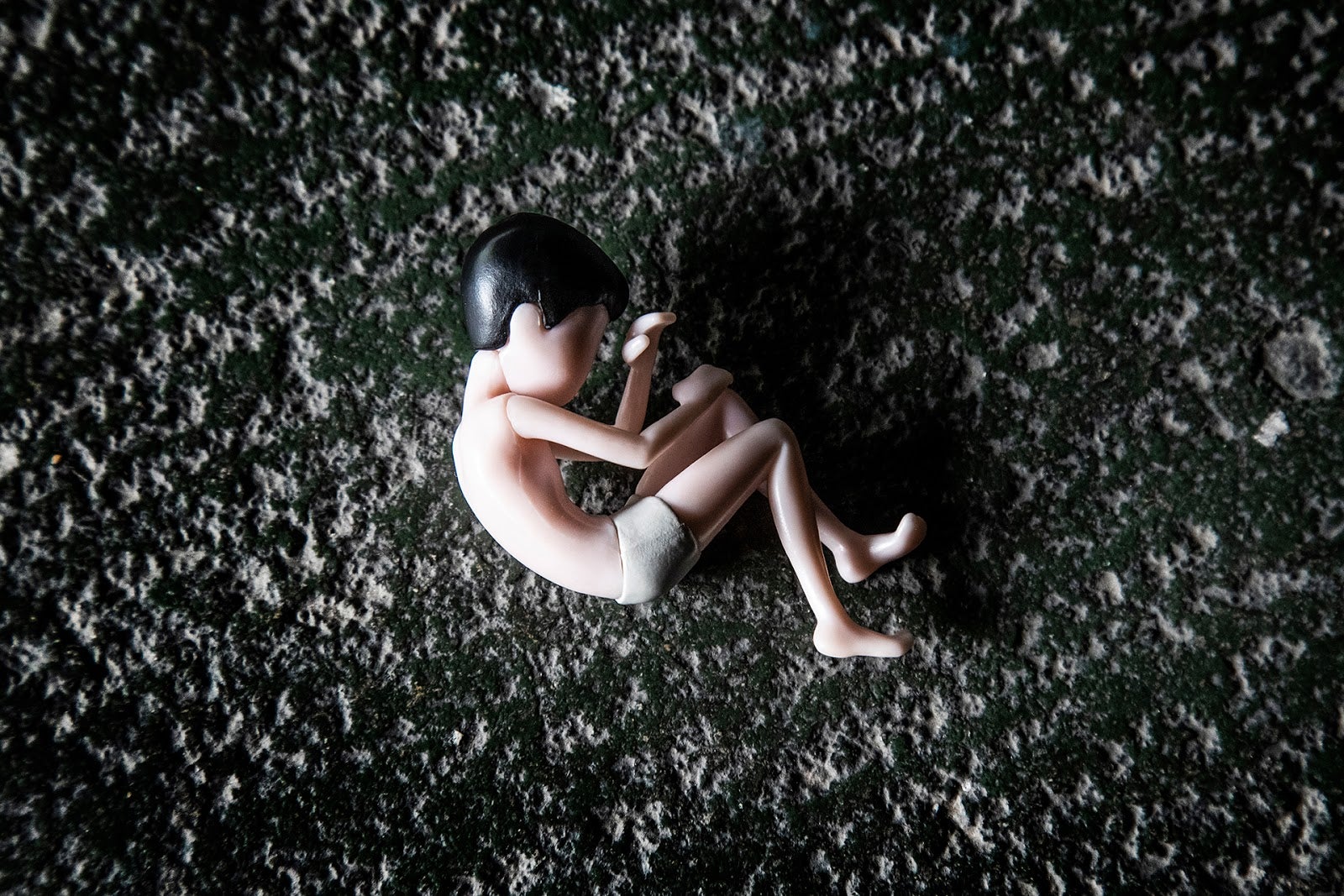 But the real star is obviously the quivering mound of pseudo flesh. It’s amazing what the Realdoll folks can do when they don’t have to worry about realism or orifices. 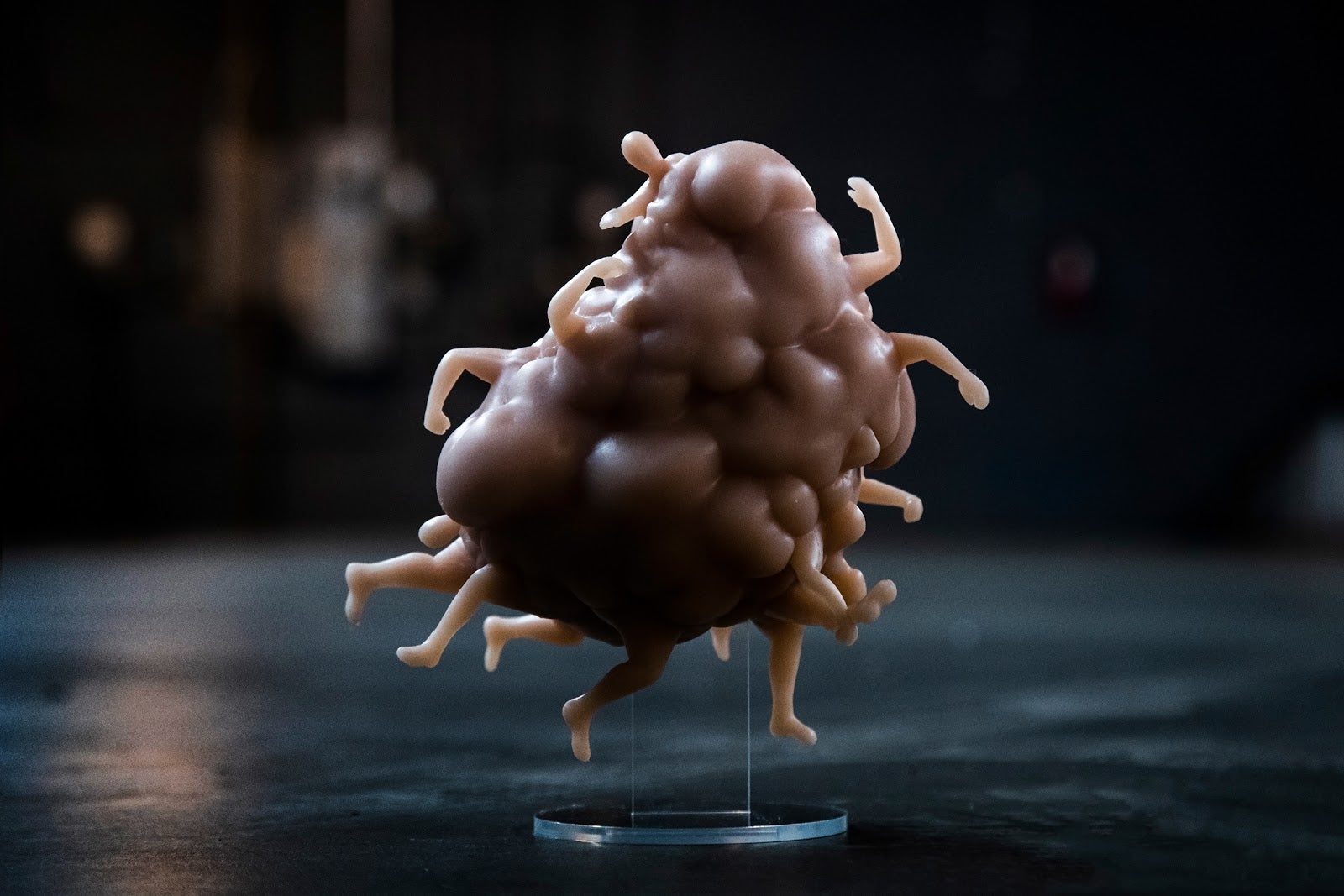 Want to see how The Huddle is made? I assure you, you do not, but just in case curiosity gets the better of you, here’s a behind-the-scenes video.

Want to get your hands on your own Inside collector’s edition with realistic Huddle figure? You can’t, at least not through official channels. Iam8bit only sold it for a limited time last year, due to the price and complexity of making the squishy pack-in. The preorders are shipping out now, so keep an eye on eBay, where it might pop up for a completely unreasonable price, just in time for Christmas.