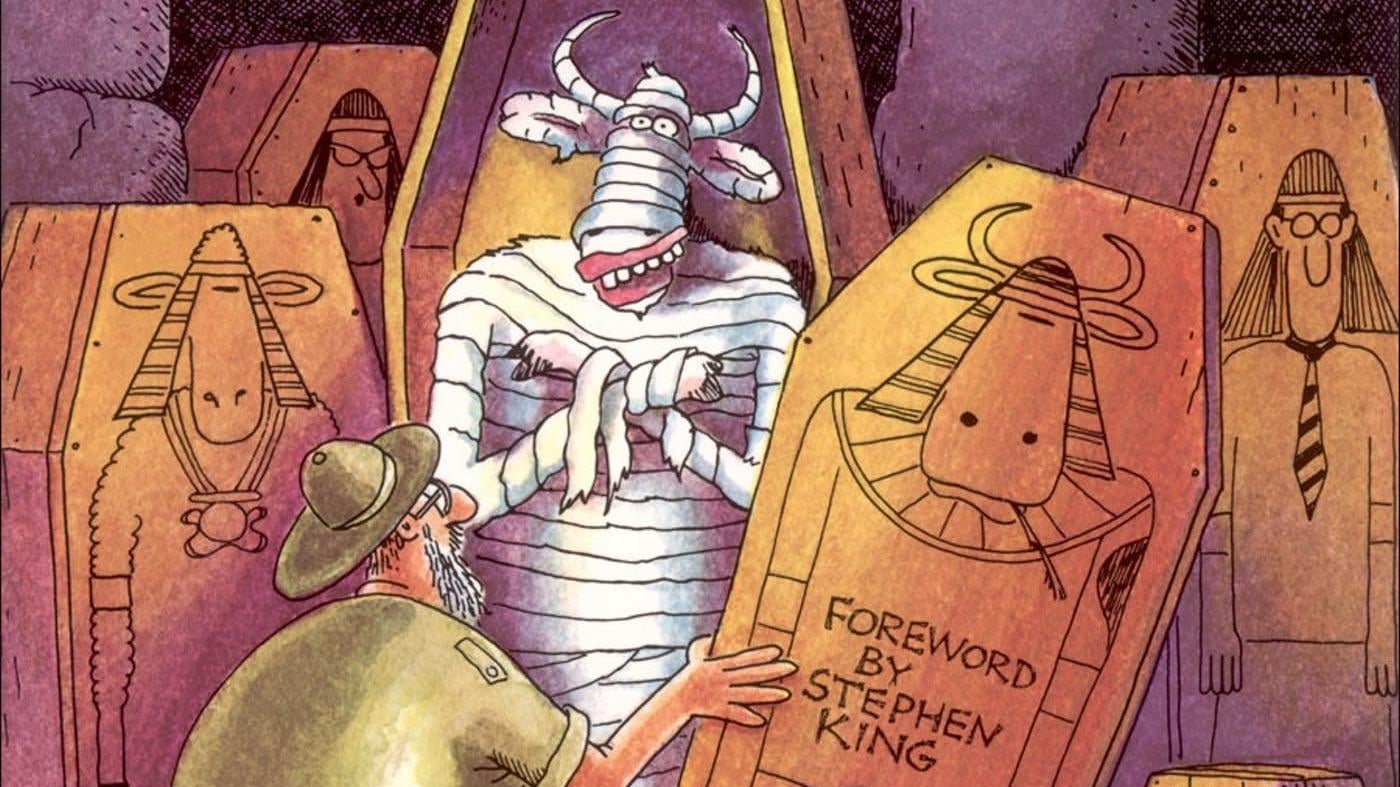 A section of the cover from The Far Side Gallery 2, Volume 8. (Image: Andrews McMeel Publishing)

There’s nothing quite like The Far Side. The comic strip, which ran from 1980 to 1995, felt less like a standard Sunday funny and more like a daily experiment trying to figure out the inner psyche of humour. Now, the comic strip is finally available online so fans and newcomers can get a taste of the far side of life. And there may be more in store in the future.

As reported by the New York Times (via Polygon), a brand new website for the series, TheFarSide.com, launched on today. It features daily strips from creator Gary Larson’s prior Far Side comics, alongside collections, sketchbooks, and other surprises.

In a letter posted back in September, Larson said he started the website to have control of his creation, and try and deter unaffiliated digital archives of his work with their own sites or stores. The reason he’s taken so long to do so, Larson revealed in the letter, is because he’s not really a fan of the internet.

“Truthfully, I still have some ambivalence about officially entering the online world—I previously equated it to a rabbit hole, although ‘black hole’ sometimes seems more apropos,” he wrote.

Larson told NY Times that he doesn’t plan on reviving The Far Side because he’s retired, but he did say he’s “looking forward to slipping in some new things every so often.” So, while there won’t be a new Far Side series, there will, occasionally, be some new things for fans to get excited by.