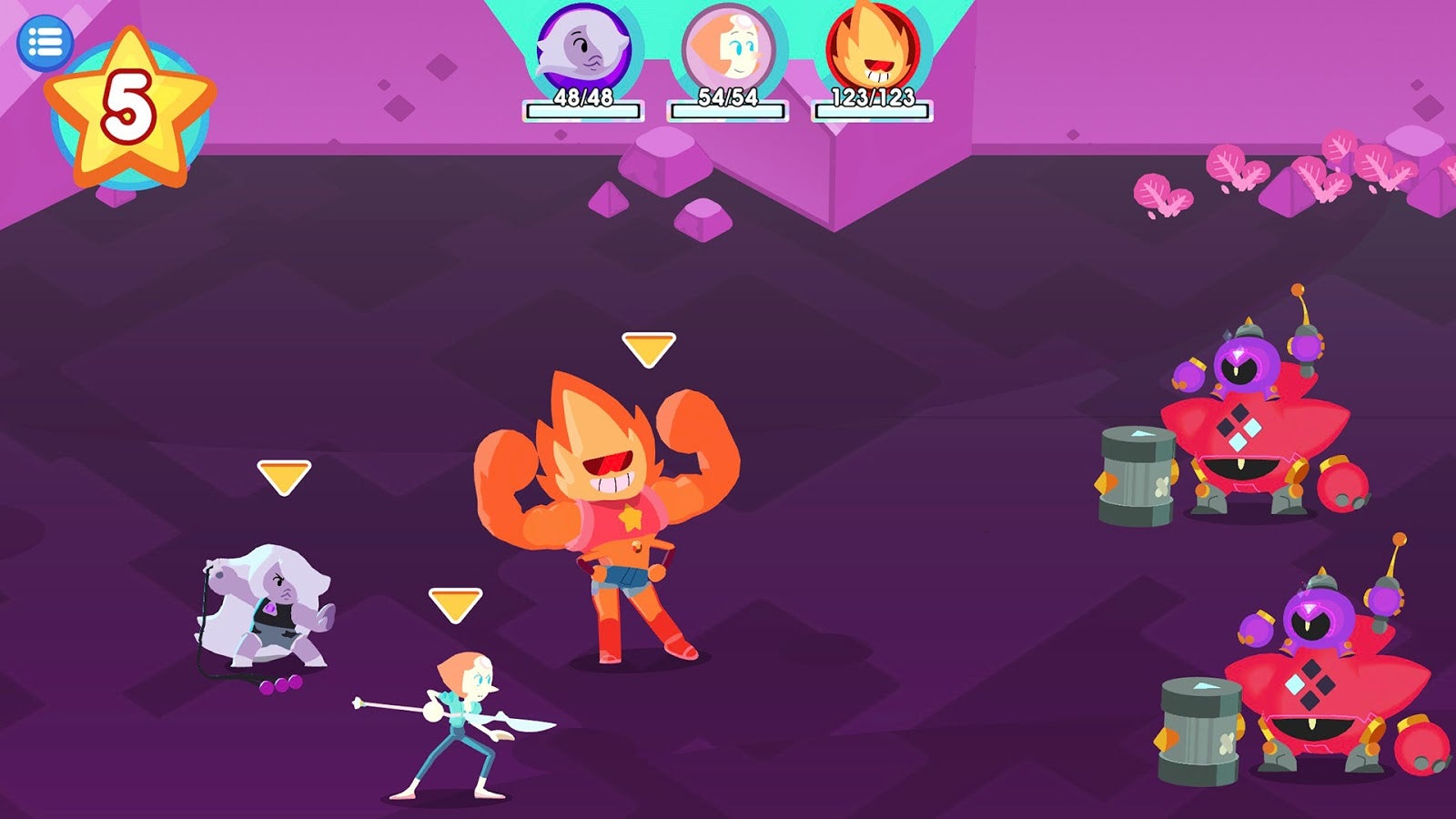 In 2015, Cartoon Network and developer Grumpyface Studios released Steven Universe: Attack the Light, a simple yet delightful turn-based mobile RPG with strong Paper Mario vibes. 2017’s console follow-up, Save the Light, beefed up the series with intricate combo attacks and free-roaming exploration. A new entry in the series recently released for Apple Arcade, Steven Universe: Unleash the Light, has much more in common with the streamlined original, and that’s ok.

Set after the events of the animated series, Steven Universe: Unleash the Light sends Steven, Garnet, Amethyst, Pearl, Lapis Lazuli, and Bismuth on a mission to deal with a pair of powerful gems who didn’t get the message that universal conflict is over and peace has broken out. Voice acting from series regulars, coupled with a story co-written by Steven Universe creator Rebecca Sugar, lend legitimacy to this bite-sized adventure.

The basic beats of Unleash the Light are the same as in the previous two Grumpyface games. Steven and friends travel through alien landscapes battling creatures called “light constructs” in turn-based RPG battles. Each member of Steven’s party has a series of abilities, each of which costs a number of stars to execute. As in Paper Mario, attacking and blocking can be enhanced by tapping the screen just before abilities land. It’s a simple, satisfying combat system that’s not weighed down by a lot of excess baggage or complex mechanics.

When not fighting, players explore a series of small maps, hunting for colour-coded keys to unlock sealed doors or rainbow keys to delve deeper into the Palace of Light, the increasingly-challenging main dungeon in which enemies scale to the characters’ levels. Each stage is composed of a number of connected screens which the player navigates by simply swiping. There’s no platforming or avoiding obstacles. Just move to a screen, tap collectibles, fight should a fight pop up, and move on. Once all the treasure, keys, and secrets are uncovered, it’s on to the next stage to do it all over again. 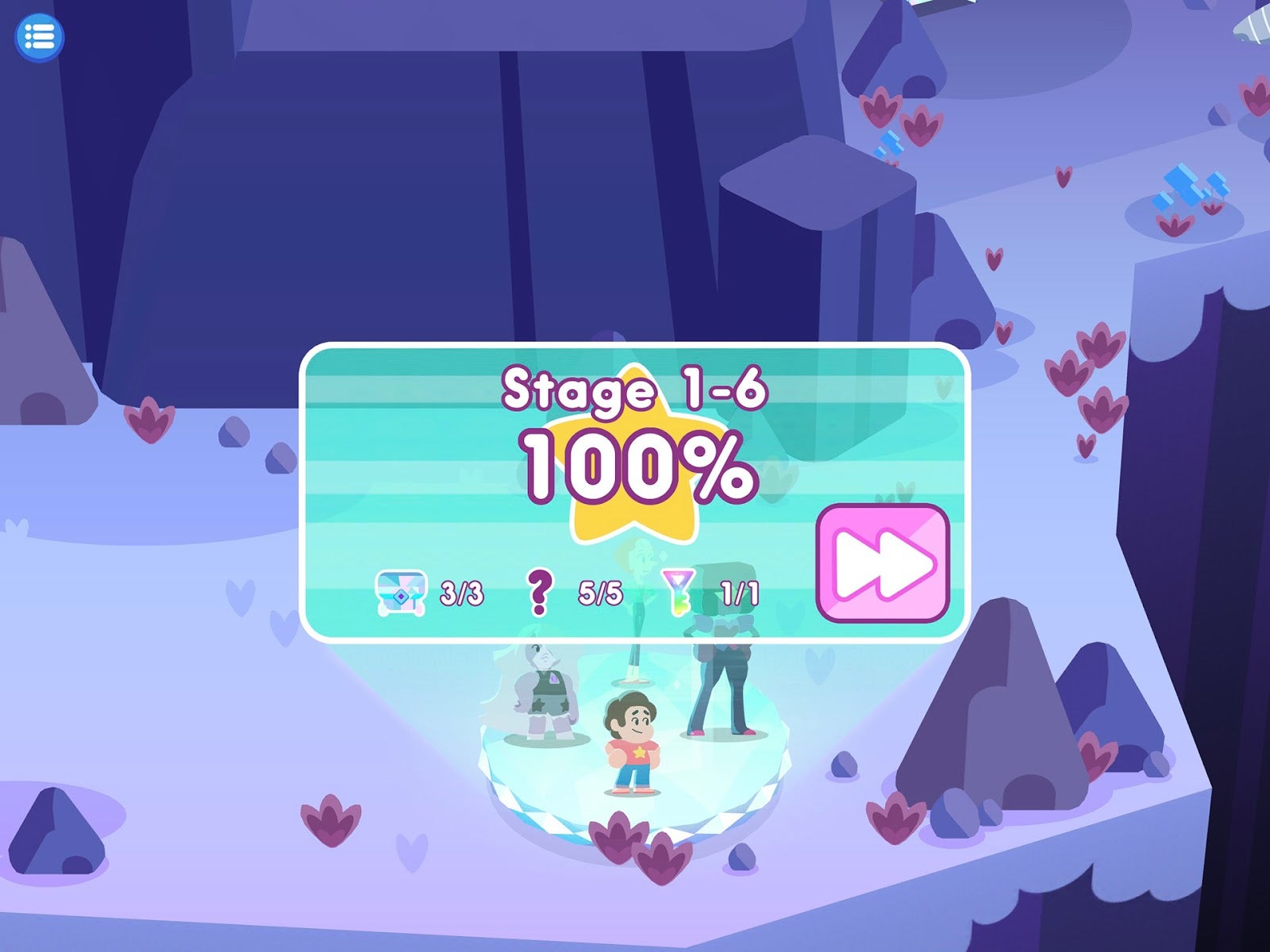 I appreciate the simplicity. I fight, I find keys, I solve the odd light-bending slide puzzle, I move on. The most complex features of the game are in the menus, where I have to choose how to spend skill points, which equipment each character should use, and which alternative outfits to equip. 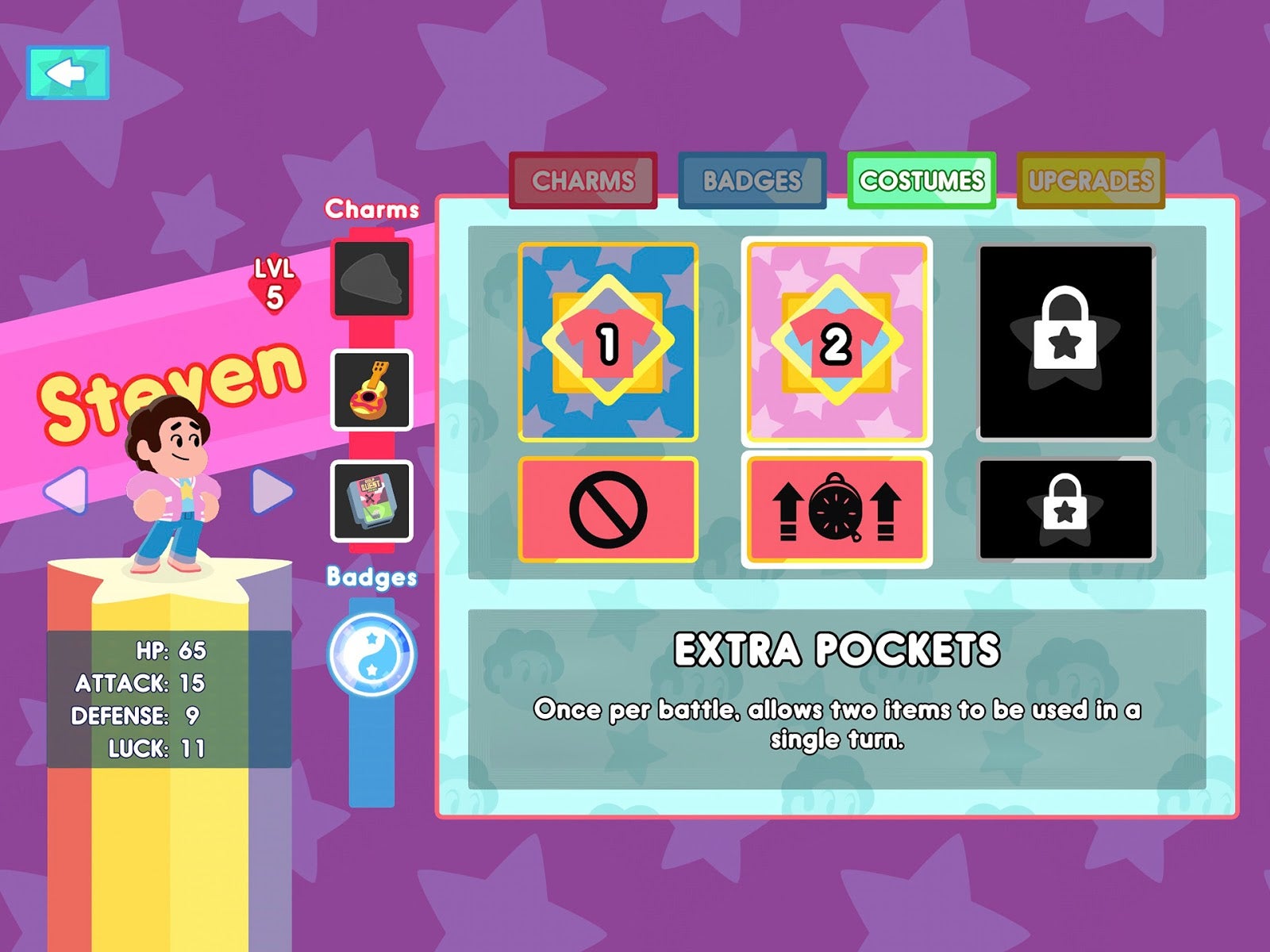 Steven Universe: Unleash the Light never overwhelms. It never feels bloated. It’s not very deep, but I’m not looking for very deep when I’m kicked back in bed with my iPad. Sometimes I just need a little fix.