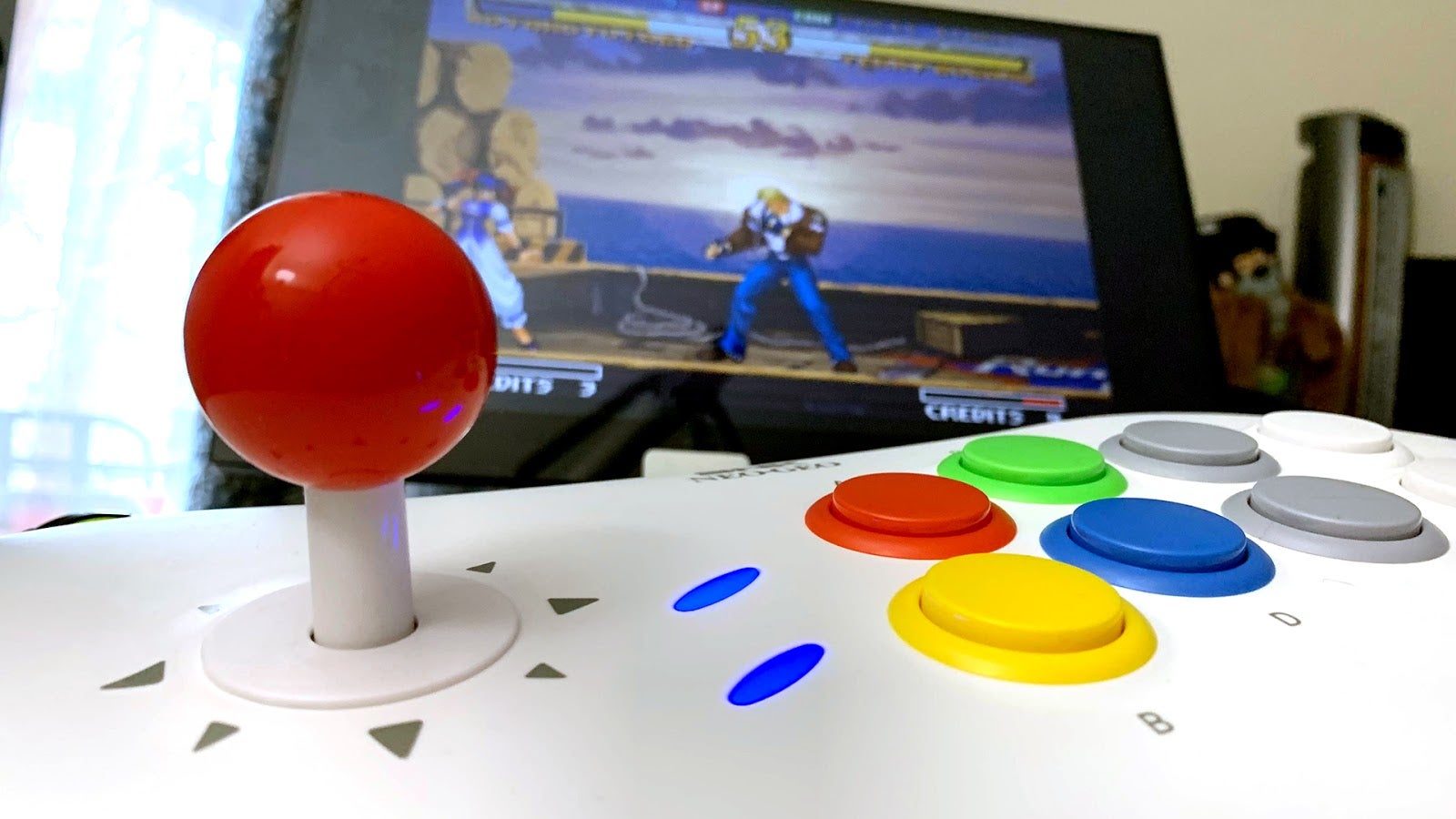 All photos by Michael Fahey

I can’t get over how pretty the Neo Geo Arcade Stick Pro is. The curvaceous white housing, the brightly coloured buttons, the candy-apple-red joystick—it’s just so pleasing to my eye. It’s almost more fun to look at than it is to use.

Announced in September and available now, the $300 Neo Geo Arcade Stick Pro is a very fancy standalone retro gaming console packed with classic SNK fighting games. Plug the Arcade Stick Pro into USB power, hook it up to a TV or monitor via HDMI, and you get instant access to 20 well-emulated classic fighting games. It’s got more King of Fighters and Samurai Shodown than anyone will ever need, presented in a nice menu with a pleasant yellow background. 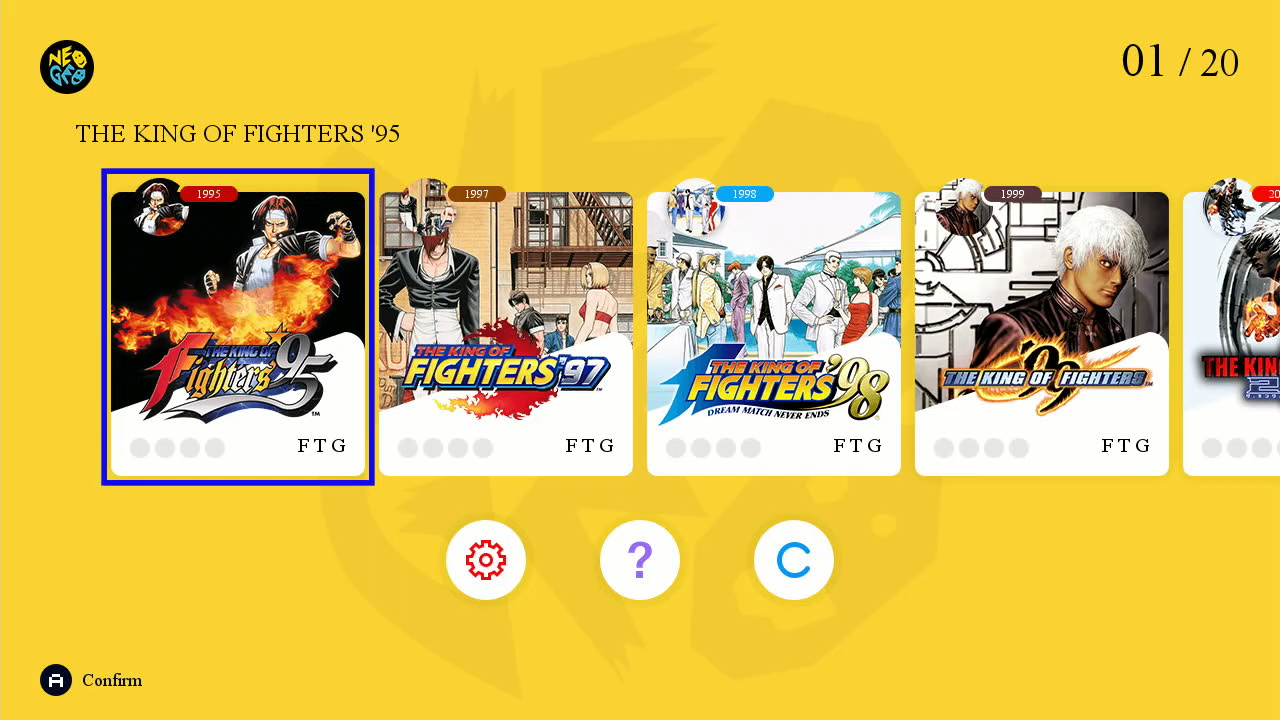 The emulation is solid. The sound seems spot-on. The display can be stretched to widescreen, or set to the original aspect ratio with black bars. The Arcade Stick Pro outputs at 720p and has a horrible smoothing filter applied by default. Fortunately there is a “pixel perfect” setting that delivers something much closer to authentic visuals. 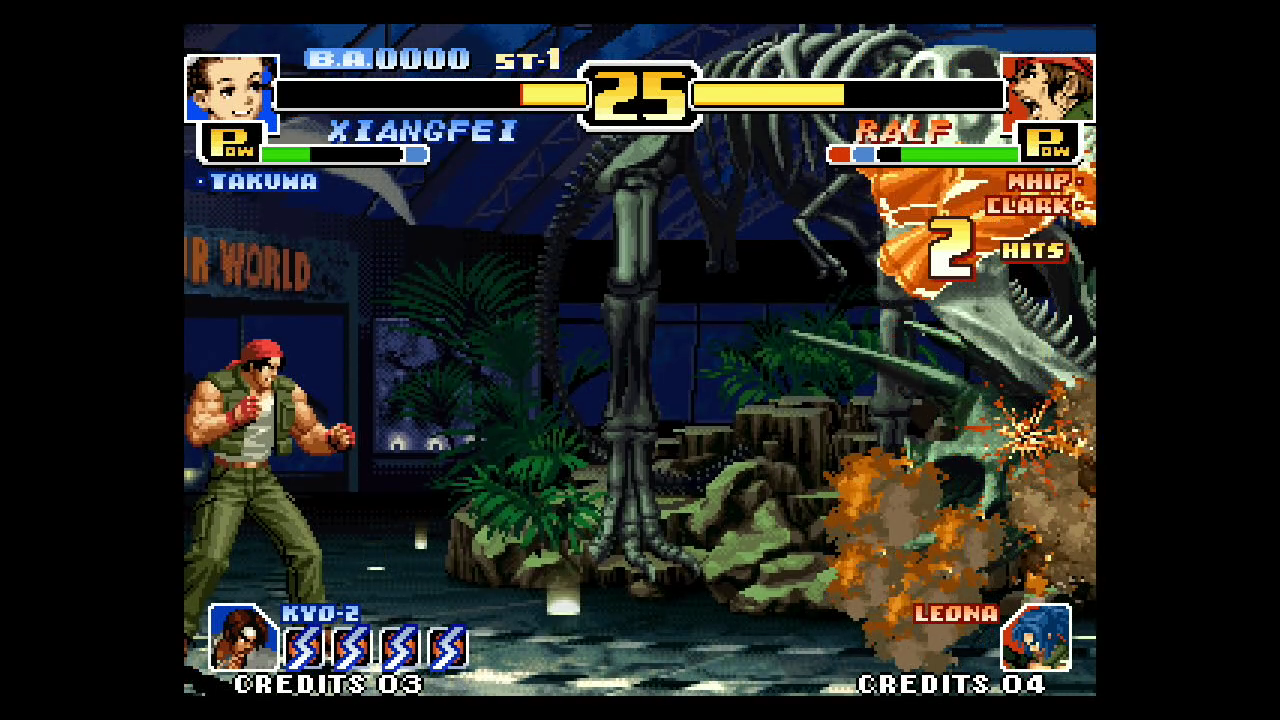 My major issue with the Neo Geo Arcade Stick Pro isn’t how the games look and sound, but rather the controls I am using to play them. I love the bright red joystick, pleasantly clicky and tactile in all directions. It’s not big-name arcade hardware, but it does the job well enough. It’s the buttons that vex me. There’s barely any feedback to them at all. No clicks, no feeling of a switch being actuated. I have acquaintances who prefer linear-feel arcade buttons, with their passive presses, but I like to feel my buttons. 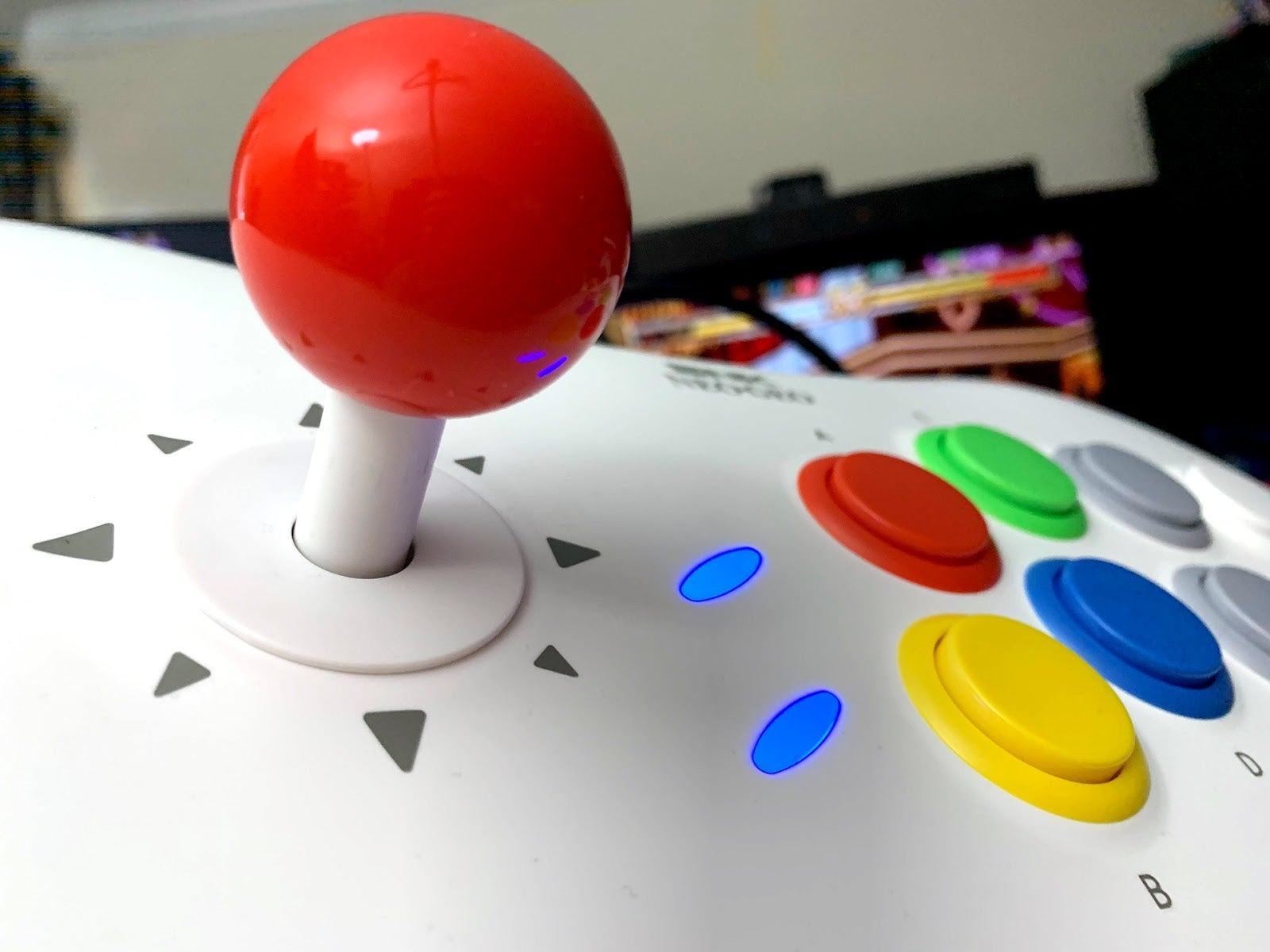 Disliking the buttons means I’ll probably not use the Arcade Stick Pro’s secondary function as a standalone arcade controller. Utilising a cord neatly tucked away in a compartment beneath the unit, the stick can be plugged into a PC. With an optional Gamelinq connector it can be used on a PlayStation 3, PlayStation 4, or Nintendo Switch. Given a choice between this or the Hori sticks I’m used to playing with, I’d stick with my Real Arcade Pros.

As for the Neo Geo Arcade Stick Pro’s fighting game focus, that looks to be changing. Earlier this week SNK started releasing new games for the unit by way of downloadable updates. Classic run-and-gun shooters Metal Slug and Metal Slug 2 are now available, and more are on the way.

I’ll definitely pull out the Neo Geo Arcade Stick Pro as more non-fighting games start showing up. While I’ve been spoiled hardware-wise for dedicated fight sticks, I do enjoy playing other sorts of arcade games using arcade controls, even with mushy buttons. 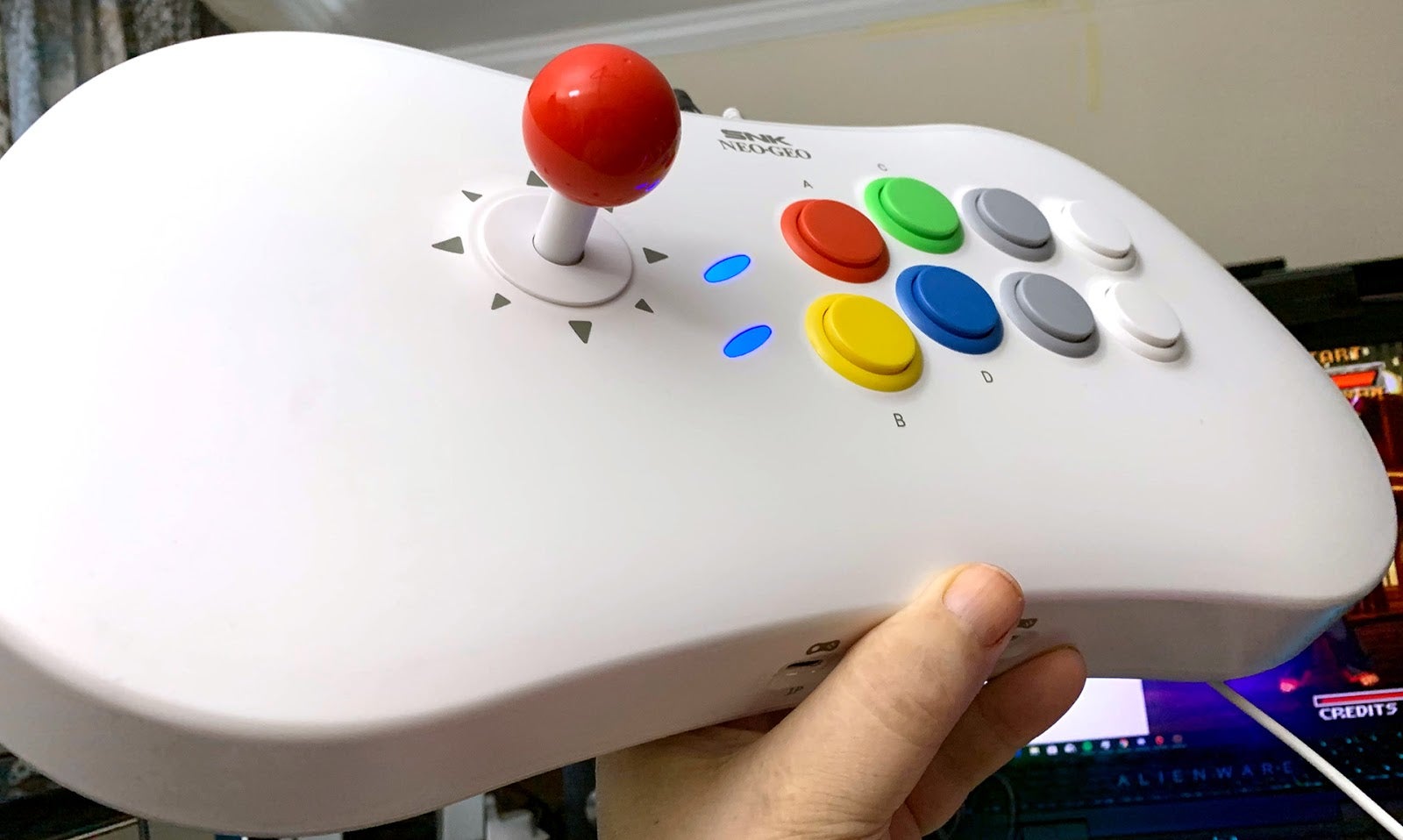 And if not, it’ll look incredibly pretty on my shelf.