20 Years Ago, Mission Hill Had A Perfect Video Game Episode

Video games appear in TV shows and movies all the time. Usually, they are just small background elements. A character playing a shooter on their PC or someone tapping away on a mobile game in an elevator scene. And often when they do play a bigger role in the plot, it’s handled poorly. However, 20 years ago the series Mission Hill handled a video game storyline perfectly.

Recently, one of the series creators of Mission Hill started teasing something about the series on Twitter. As of this writing, we still don’t know what he is teasing. A new season? A spin-off? A comic book? An easy way to watch the show in 2020? Who knows. However seeing my timeline fill up with Mission Hill gifs, memes and quotes got me excited and I decided to go back and watch the show.

Mission Hill is about two brothers, one in his twenties and one is still in high school. Due to their parents moving, the younger brother, Kevin, decides to move in with his big bro, Andy, who lives in the big city in an area called Mission Hill. Kevin is a bit of a nerd and Andy is a bit of hipster. The show is wonderful and you can watch it right now on YouTube and nowhere else because the universe sucks. (Sorry, I’ll stop fussing.)

In the second episode of the show, “Andy Joins The PTA”, the younger brother Kevin buys a new PC video game called Virtual Valkyrie. It is an online game that looks a lot like Ultima Online.

To start playing together, Kevin calls one of his friends, Toby, and they try to fight their first enemy. It doesn’t go well for Toby. This scene reminded me of all the hours I spent playing stuff like Unreal Tournament online with a friend. Back then we didn’t have Discord or easy access to VOIP. So instead we just called each other on the phone and talked about what server to join, made fun of other players and complained about lag and how we would have won if only that other player didn’t make a mistake.

Another of Kevin’s friends, George, runs into technical problems. He is unable to install the game. 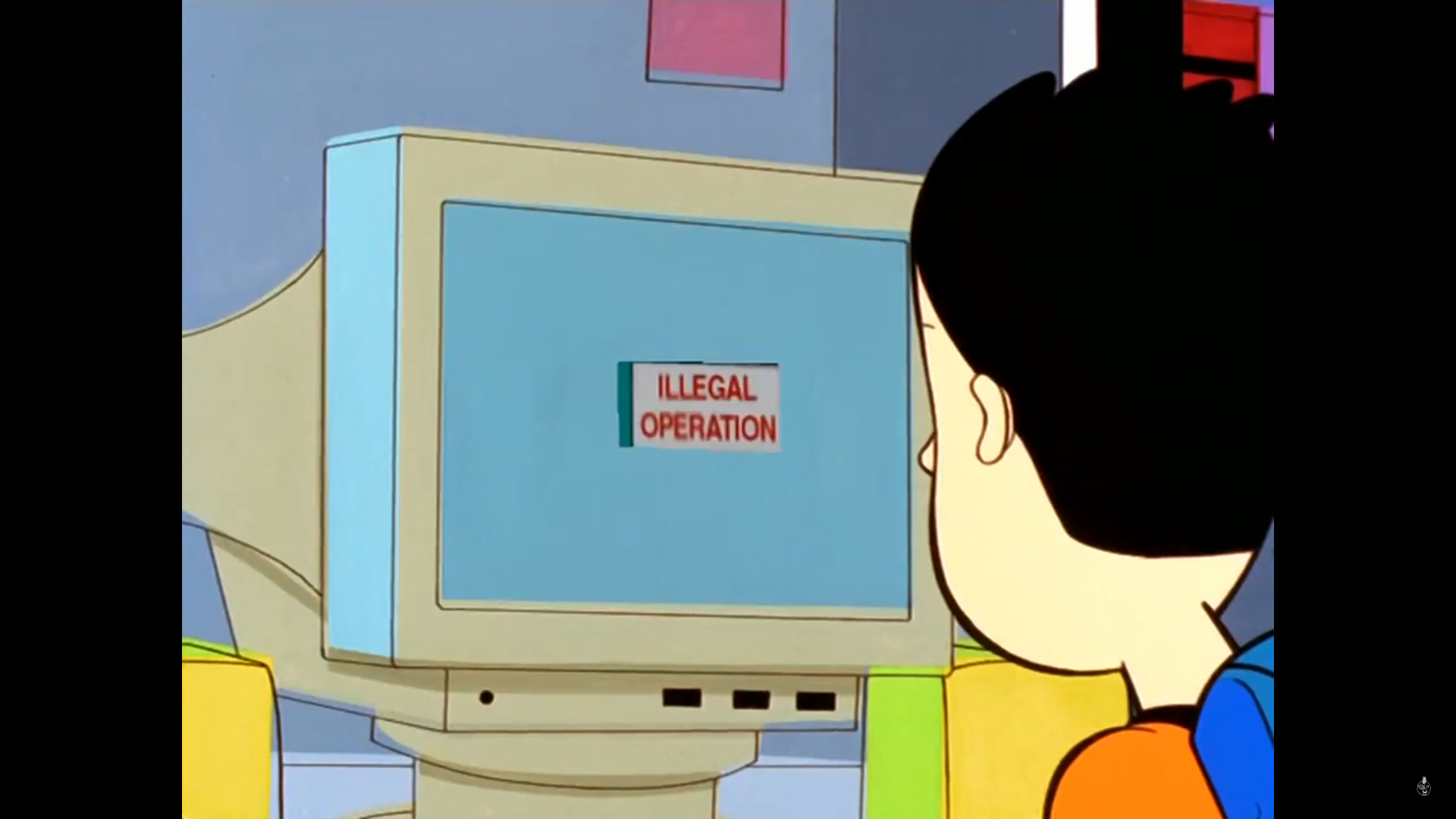 This whole mini-sub plot of George being unable to play the game at all is something you don’t see in most video game plots in TV or movies. Usually, video games are just a way for the writers to do a bunch of silly, medieval or space jokes. They rarely dig into the technical part of gaming.

But in Mission Hill, the game is treated more like an actual video game. It only exists on the computer. We don’t ever see our characters dressed as their avatars running around a big medieval world. (Which is usually how shows like The Simpsons or American Dad. ) And having one of the characters unable to even join the game due to installation errors is a joke that brought back painful memories for me of not being able to play a game because of some random error code.

Mission Hill’s depiction of an online game is also weirdly forward-looking, even if that was probably unintended. In the game, players can lose everything if they sleep or leave the computer. Other players can come and kill them or even sell them into slavery. In 2000, this wasn’t really how games worked. Yet in 2020, games like Rust exist and make this part of the episode feel oddly relevant and timely. 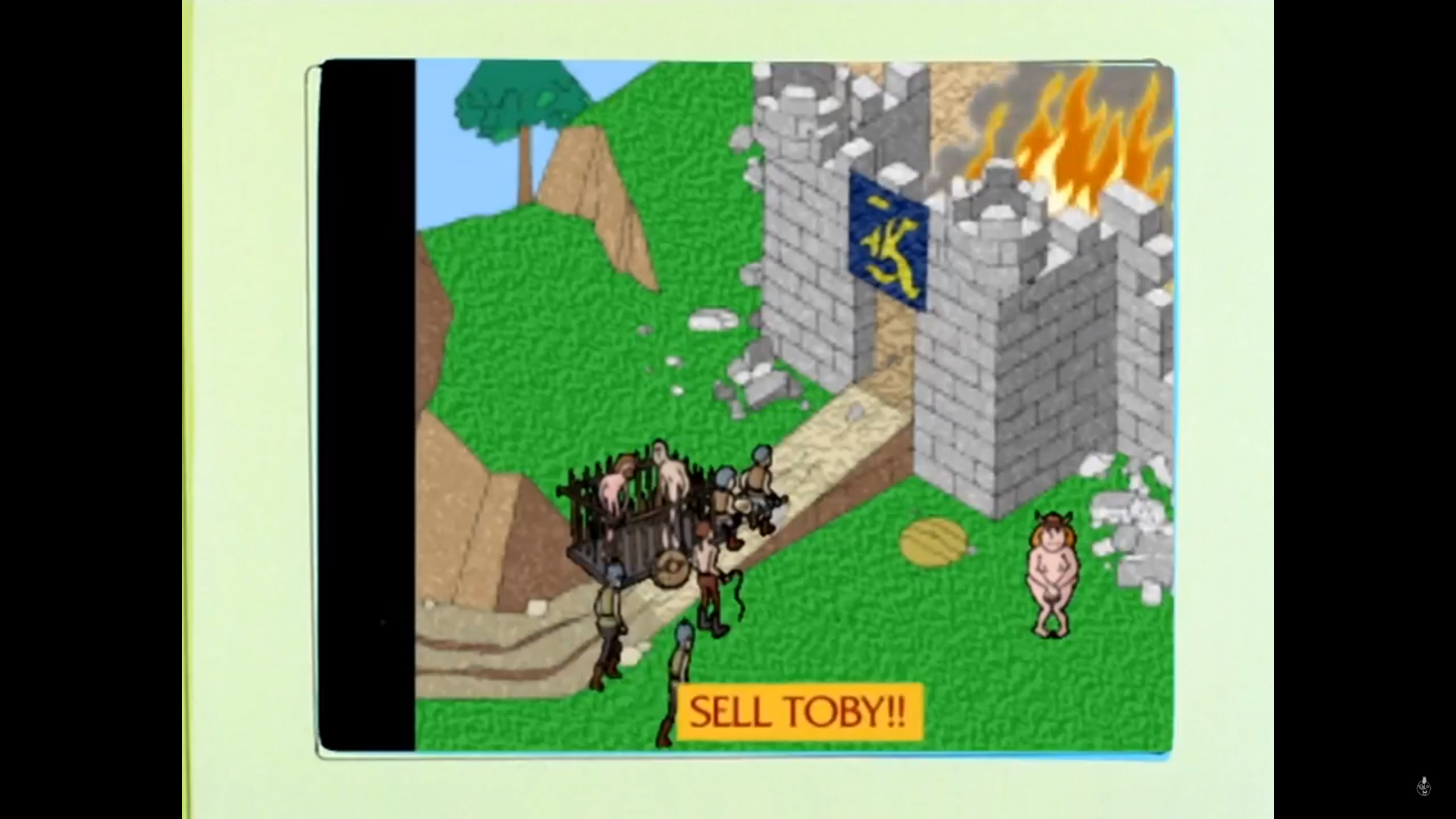 This isn’t the only episode of Mission Hill to include video games. Later on, in the season, an episode featured a drunk Andy beating Kevin’s friends at a video game, even though he is super drunk. One of the kids complains that he lost because Kevin is playing too erratically. This exact complaint is one I have heard before when playing fighting games with friends. “They just button mashed, it’s hard to play against them wildly doing a ton of moves.” It was a dumb excuse in real life and a dumb (but funny) excuse in the show.

If you haven’t watched Mission Hill, you should give the show a shot. As mentioned earlier, all the episodes are on YouTube and they are each only 22 minutes or so long. If the show is coming back, I hope we get to see Mission Hill take on mobile games, VR and loot boxes. Kevin also seems like the angry gamer type, so maybe an episode where he harasses a developer and learns a valuable lesson about not being shitty.