All The Star Wars I Need Is This Home Arcade Machine

arcade1up arcadeatarikotkaucorereplicareturn of the jedistar warsthe empire strikes back

Between the internet’s love affair with Baby Yoda and people arguing over whether The Rise of Skywalker is a masterpiece or utter garbage, it’s a strange time to be a Star Wars fan. That’s why I’m thankful for Arcade1Up’s $US500 ($718) Star Wars home arcade machine. It takes me back to the ‘80s, when fans didn’t know any better and were happy with what we had.

Editor’s Note: The Star Wars home arcade is sold through GameStop and EB Games – but only in US and Canada. We’ll let you know if EB Games stocks this locally later this year.

Released in 1983 in both standup and cockpit configurations, Atari’s Star Wars game was a unique presence in ‘80s arcades, shopping centres, and movie theatre lobbies. The cabinet drew the eye, with dueling X-wings and TIE Fighters framingthe iconic logo. Voice samples from actors Harrison Ford, Mark Hamill, Alec Guinness, and James Earl Jones lured players in, along with the growls of Chewbacca and the beeps of R2-D2. 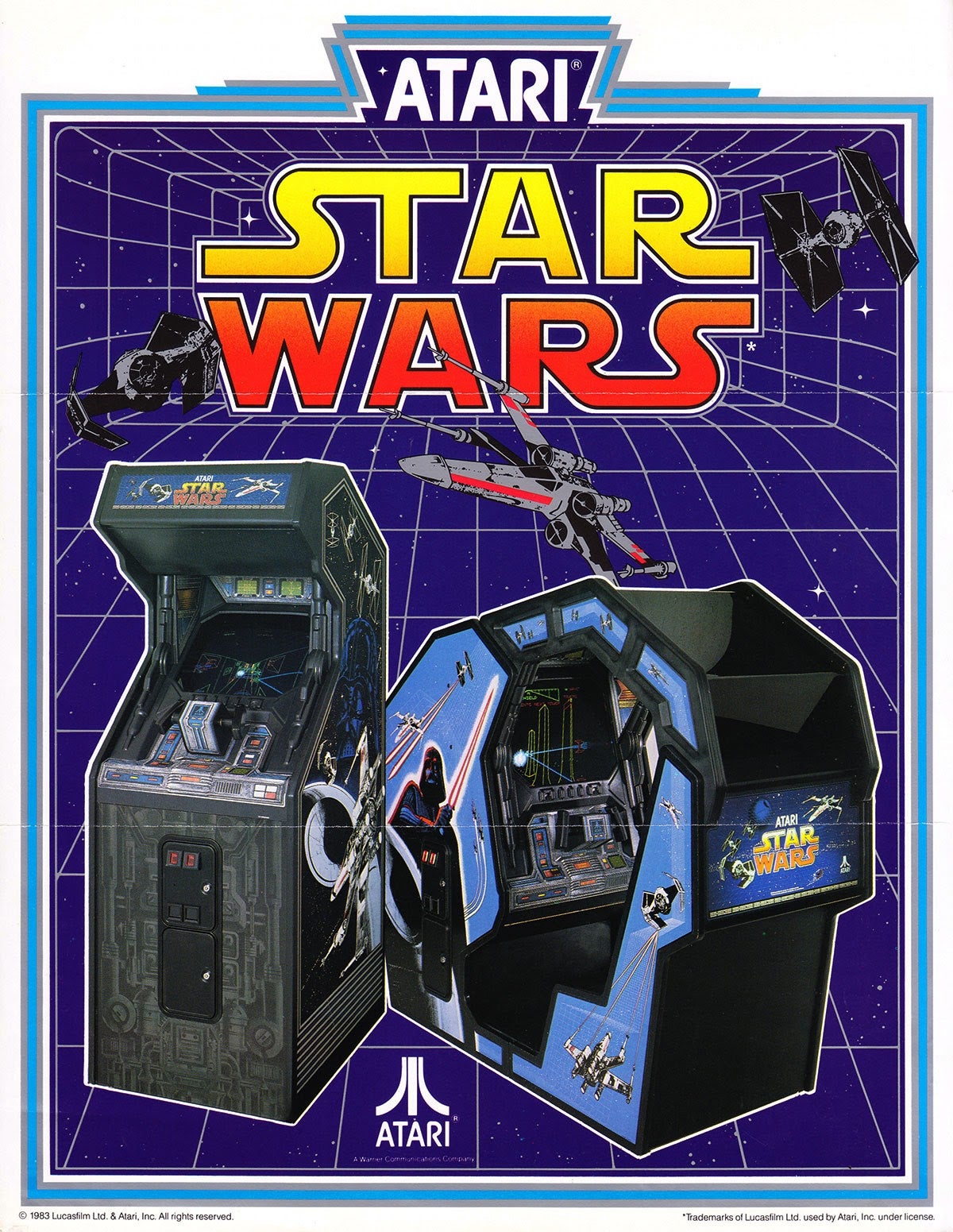 The most unique feature of the cabinet, the feature that captured my imagination and many of my parents’ quarters, was the flight yoke. In lieu of a basic joystick, the Star Wars arcade game featured real spaceship controls, or at least what 11-year-old me imagined were real spaceship controls. The two-handed flight yoke added an amazing tactile feel to the game, helping the vector graphics representing the TIE Fighters and Death Star come to life.

The flight yoke is the key to the new Star Wars arcade machine’s unique charm. The folks at Arcade1Up have recreated it perfectly in three-quarter scale. 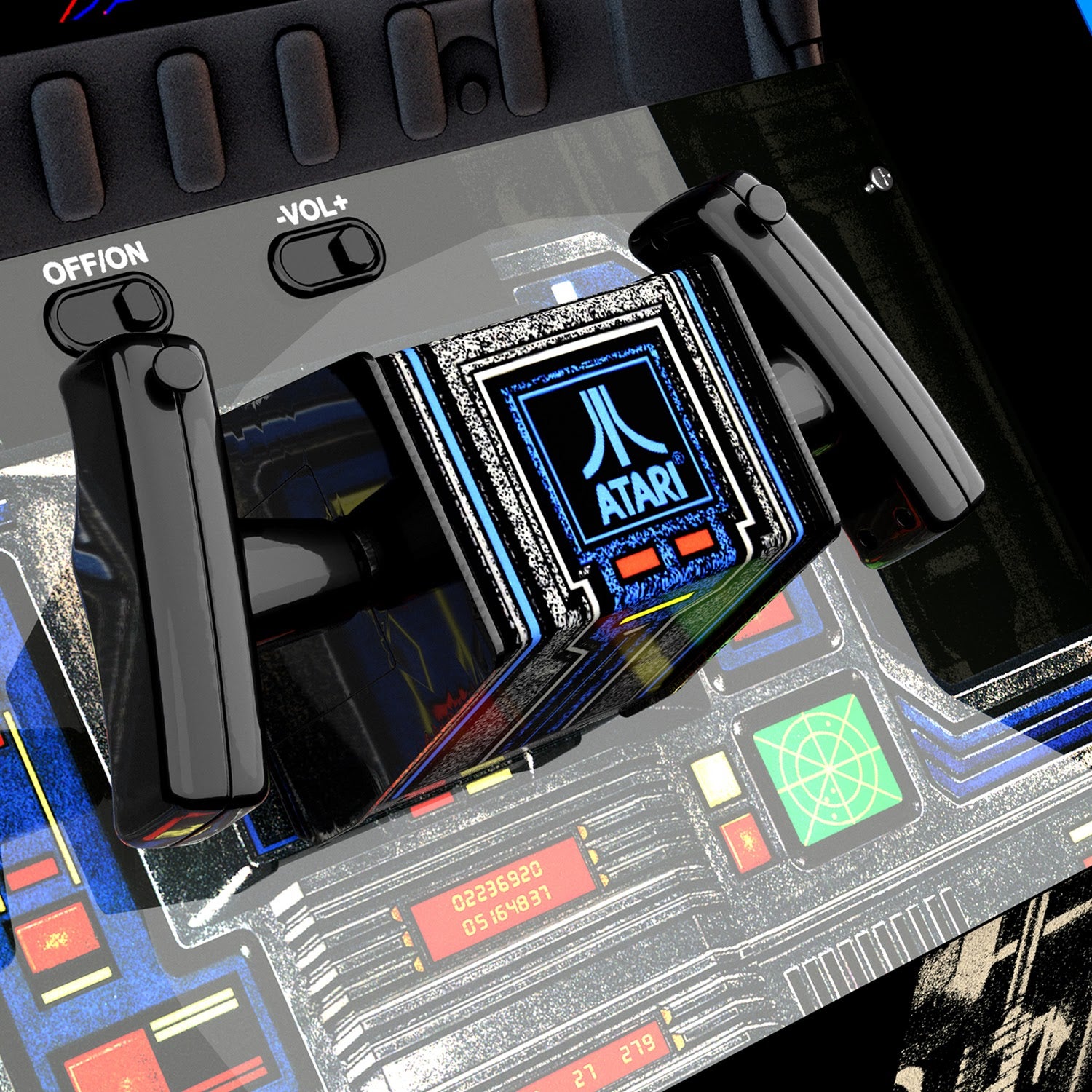 My hands are much larger than they were in the ‘80s, but the Arcade1Up Star Wars flight yoke feels just like the real thing did back in the day, even at three-quarter scale. It’s still an outstanding way to control a spaceship. It’s oddly intuitive as well. My eight-year-olds took to it like old pros once they figured out that the 17-inch LCD screen was not touch-sensitive. 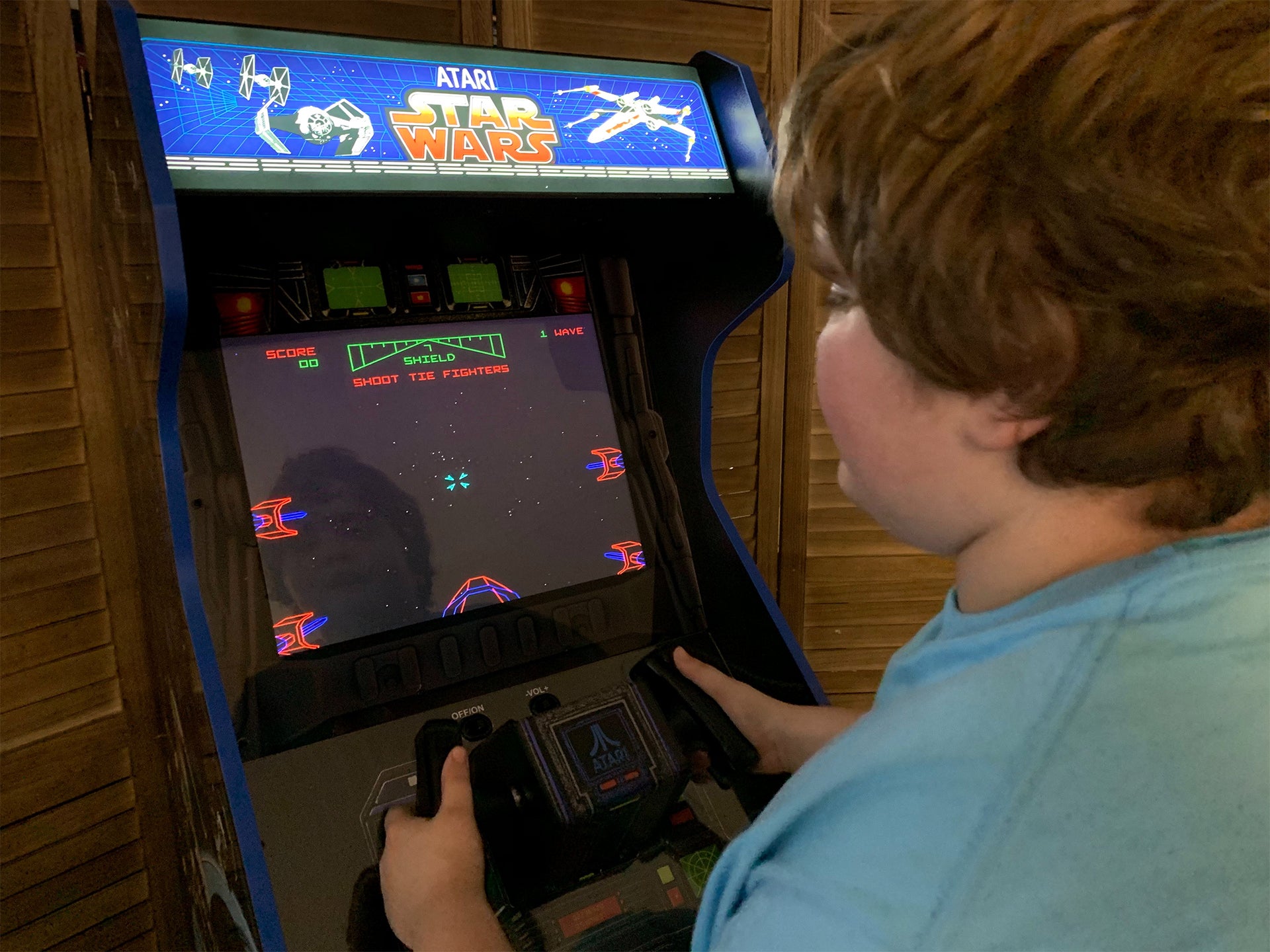 The Arcade1Up Star Wars home arcade machine emulates three classic Atari games. There’s the original Star Wars, in which players do battle against colourful TIE Fighters while attacking the Death Star. 1985’s Star Wars: The Empire Strikes Back was a conversion for the cabinet that recreates the Battle of Hoth, with Luke piloting a snowspeeder fighting walkers and Han Solo in the Falcon navigating an asteroid field.

The third game, Return of the Jedi, came out in 1984. Instead of a vector-based display, it featured the more standard CRT-based raster graphics and was presented in an isometric overhead view. Using the same flight yoke as the other two games, players piloted the Millennium Falcon, speeder bikes, and an AT-ST. I prefer the vector games, but all three play quite well on the Arcade1Up cabinet.

This is my second Arcade1Up machine. I also own the more traditional Final Fight cabinet. It’s cool, but nowhere near as cool as the Star Wars model. It’s also nowhere near as expensive as the Star Wars model, which runs $US500 ($718) to the Final Fight cabinet’s $US200 ($287). The extra price is a combination of licensing, the unique controller hardware, and the included riser, which makes the machine around five feet tall—the perfect height for me in my wheelchair.

Despite the unique hardware, assembly of the unit only takes around an hour. As I am paralysed from the chest down, my wife put it together for me. Everything works, nothing has fallen off, and nothing has exploded. She’s a keeper. 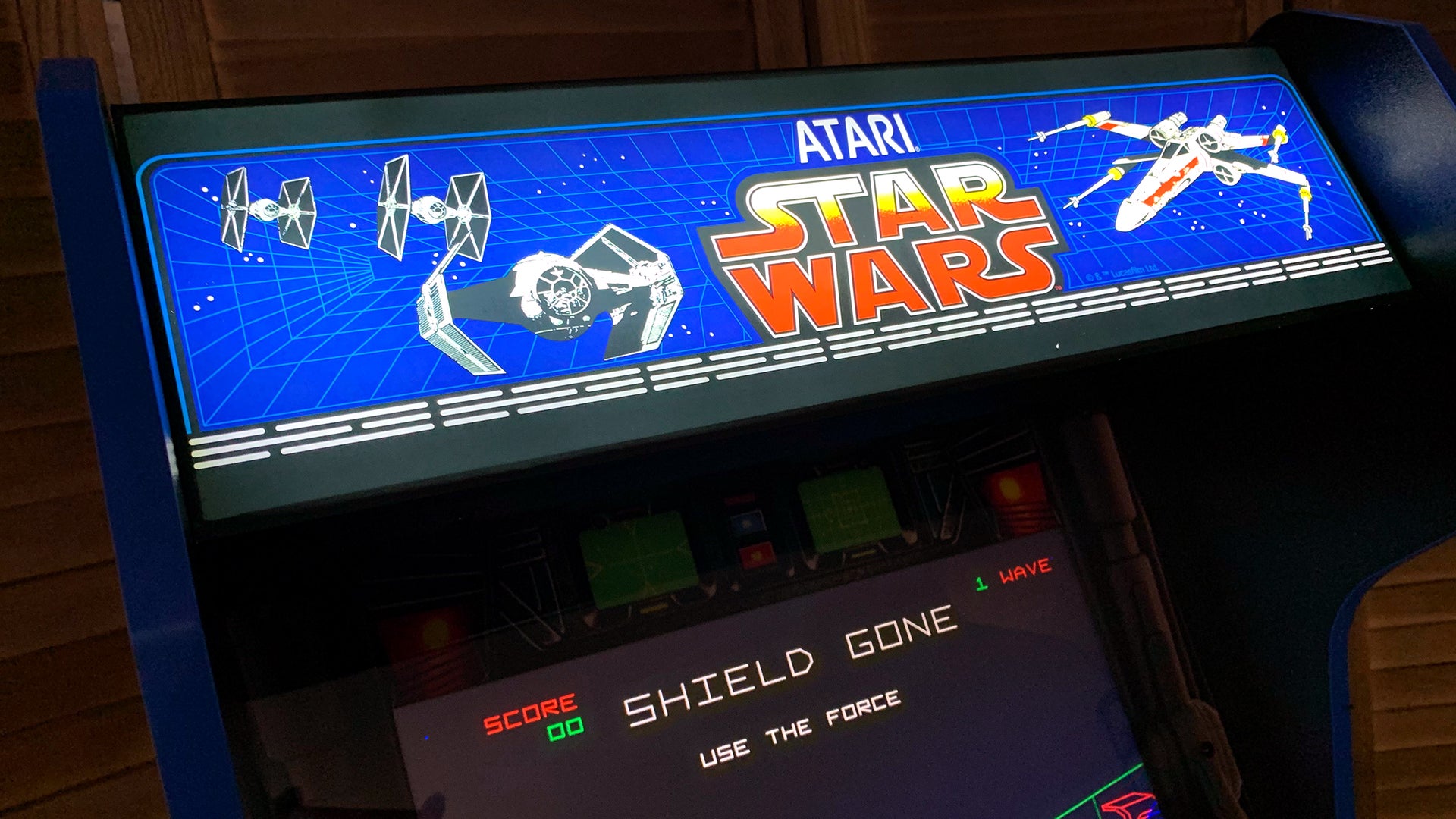 I have spent a lot of time playing with Arcade1Up’s Star Wars home arcade over the past couple of weeks, reliving the trilogy we all loved when there was nothing to compare it to. It’s an incredibly satisfying chunk of playable Star Wars nostalgia.