Alienware Has Basically Made A Switch Clone

The dream of a portable PC has been floating around for years, even before the Switch became everyone’s portable gaming device. And that dream isn’t dead, with Alienware showing off Concept UFO at CES, a handheld device that’s basically a Switch for your Steam library.

The oversized Switch-like was one of three products Dell focused on at CES this year – an unusual move for them, since Dell typically announces a ton of laptops, monitors, pre-built desktops and business-centric offerings all at once. It’s early enough of a concept that there’s no announcement on specs, but the device has detachable controllers, a proper kickstand, and runs on an x86 CPU with a full version of Windows 10 underneath a skinned game launcher.

Dell told Gizmodo’s Sam Rutherford about plans to make a separate companion dock for the device which would let users plug in a separate mouse, keyboard or regular game controller, which opens up all kinds of possibilities. Because the whole thing runs on full Windows 10, running emulators shouldn’t be a problem. The device had enough power to run Mortal Kombat 11 comfortably, reportedly, although there’s zero specifics on what conditions that was under. 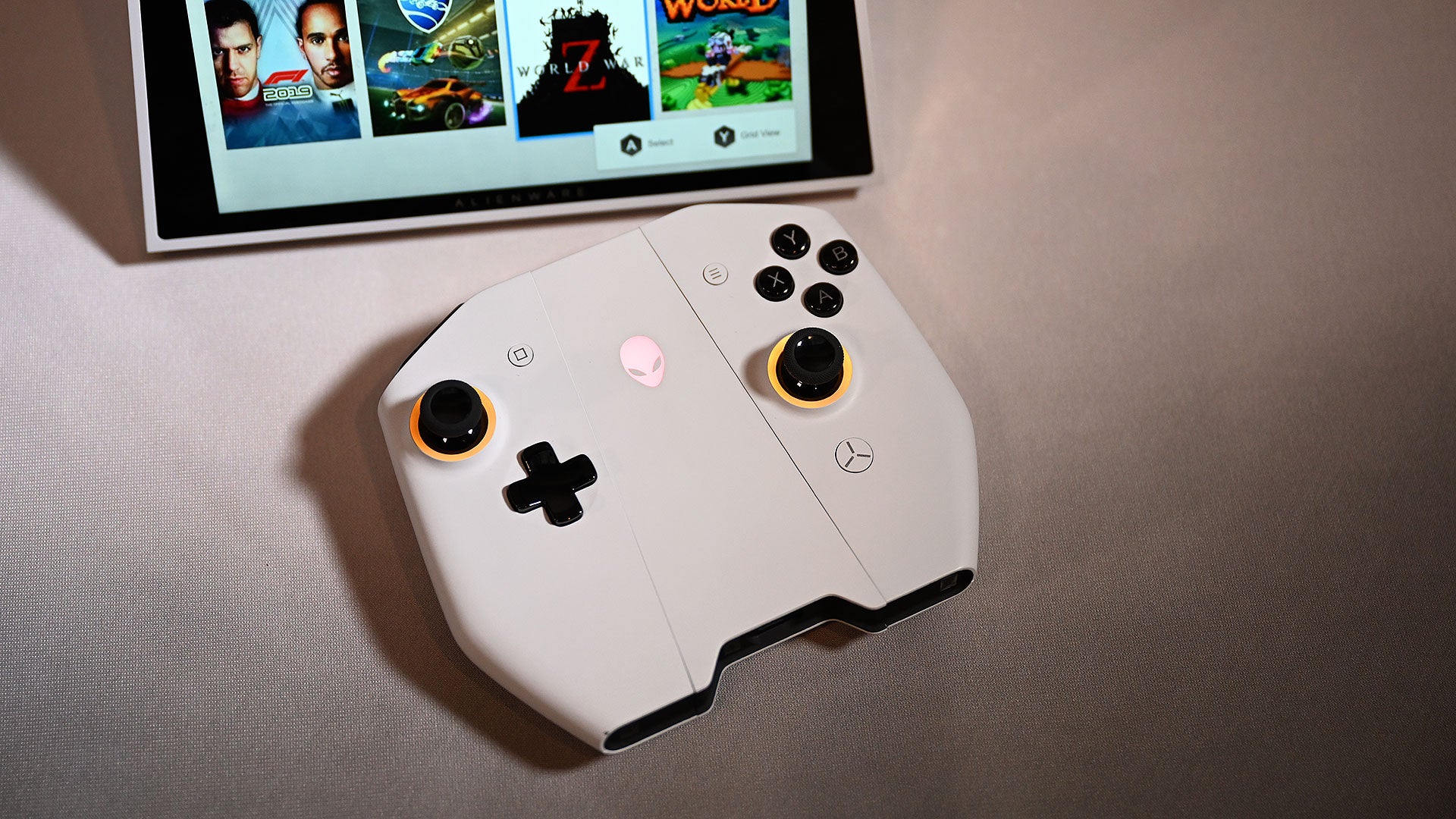 There’s a headphone jack and a USB-C port, but don’t expect to see this device this year. Raymond Watkins, the manager of consumer product reviews for Dell, told Laptop Mag that the media response would help determine whether Alienware moves ahead with Concept UFO. “If we got a thumbs up today, I don’t think it’d be eighteen months for us to get it on the shelves,” Watkins was quoted as saying.

In other words: if you like it, start spamming Alienware social media and they’ll give it the go ahead. It’ll still take over a year to manufacture and market, but I hope it goes ahead. The screen and ergonomics of this look good enough that I’d consider grabbing one as an addendum to a Switch, although as always, the price will always be the sticking point. But hey! At least someone’s still trying.