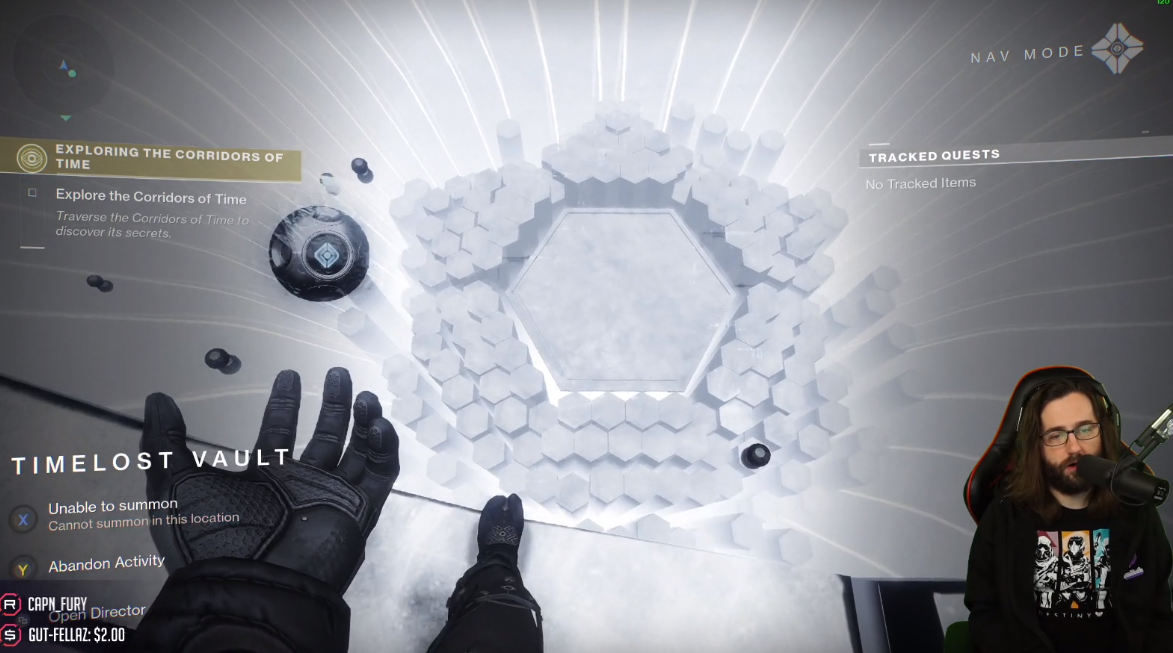 Twitch streamer SayNoToRage working on trying to solve Destiny 2"s latest puzzle for the fourth day in a row. (Screenshot: SayNoToRage, <a href="https://www.twitch.tv/saynotorage">Twitch</a>)
To sign up for our daily newsletter covering the latest news, features and reviews, head HERE. For a running feed of all our stories, follow us on Twitter HERE. Or you can bookmark the Kotaku Australia homepage to visit whenever you need a news fix.

Destiny 2 players have hit a brick wall in their quest to solve the popular online shooter’s latest puzzle. Now they’re pulling marathon sessions searching for the next breakthrough in a community-wide effort that is turning out to be the Destiny equivalent of mapping the human genome.

The game’s Corridors of Time area is a labyrinth of hexagonal rooms connected by portals. This week’s update opened them up for free exploration outside of directed story missions. It also introduced a puzzle. Each room consists of six doorways, each represented with a different symbol. But nothing inside the maze tells players where to go. On Tuesday of this week, players located codes on four Obelisks that were added to Destiny 2 in the beginning of this season. These show how to navigate to special “vault” rooms containing bits of lore.

By Wednesday, they’d created a map out of screenshots of the symbols underneath the floor of each vault. This led them to a new vault containing a special emblem, but the Corridors of Time quest itself remained unfinished. That’s when the puzzle became exponentially more complicated, becoming reminiscent of big mysteries in the series’ past like 2016’s bewildering Outbreak Prime quest. 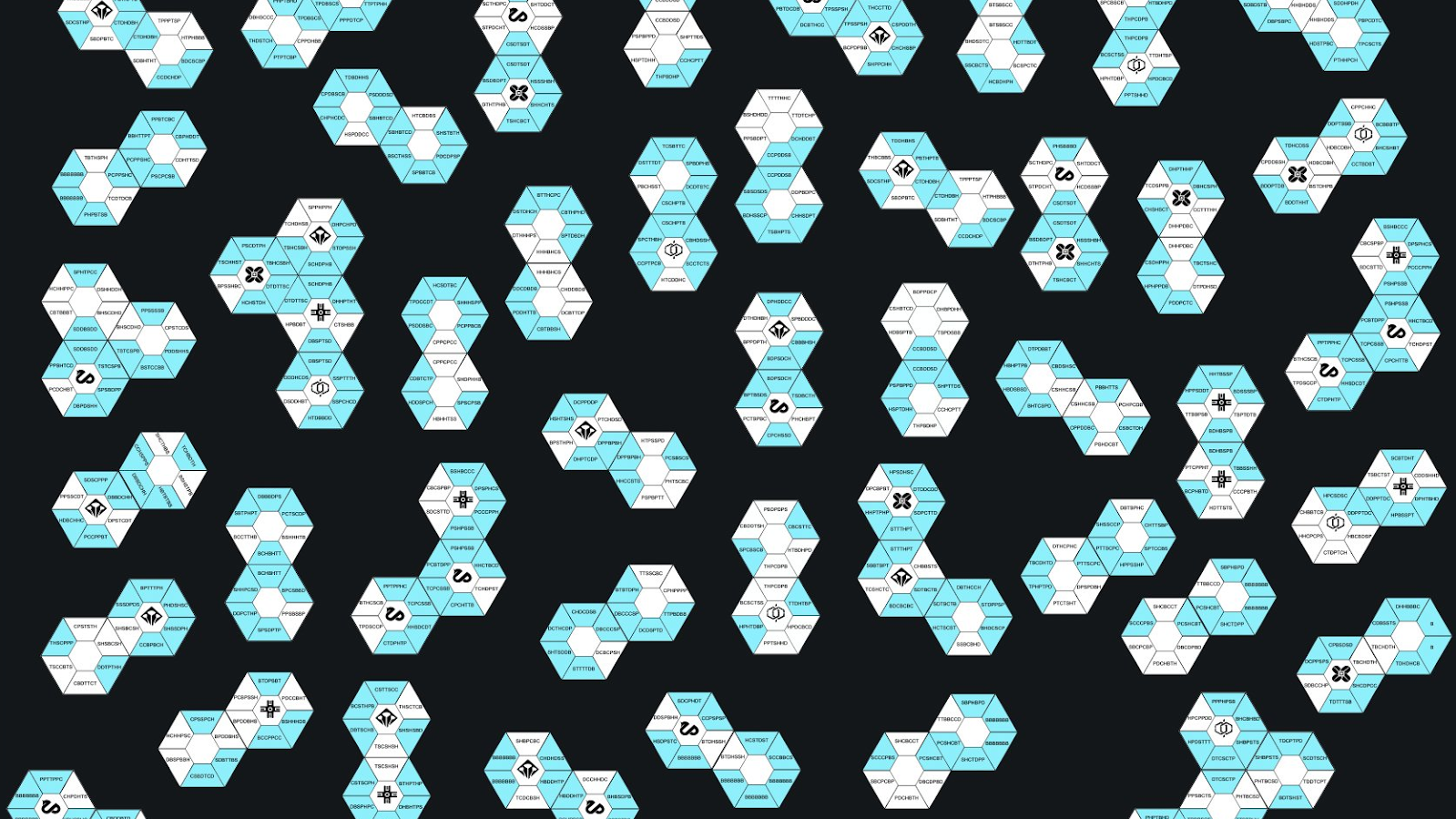 Each of these special emblem rooms had its own set of symbols below the floor. There would always be a large symbol in in a central hex surrounded by rings of other symbols and empty spaces on smaller hexes. But this time, different players were seeing different sets of symbols. People started sharing what they saw, submitting sets by the hundreds and thousands on the Raid Secrets subreddit and the Discord groups of popular Destiny 2 streamers like Sean “Gladd” Gallagher. They’ve since been collected into a master spreadsheet.

The result has been a sprawling map of each unique vault room sequence. Where two sequences share symbols on one side of their outer rings, they get connected, just like dominoes. While some chains only run for a few sequences before cutting off, others have gone on for much longer. One chain goes on for over 300 sequences. The working theory is that at some point, enough different sequences will be collected and allow players to finish a giant new map, or at least find the code for the series of rooms players need to go through to get to the master vault.

Bungie said in a tweet earlier in the week that the puzzle was “a marathon, not a sprint.” But this hasn’t stopped players from burning the midnight oil on it. This brute-force phase of the puzzle is pushing the most dedicated players and streamers to their limits; they’re playing for over 20 hours straight in some cases and getting very little sleep in the process. T After all, who wants to be caught away from their computer when the final solution is eventually discovered?

Each vault room contains a tomb with a sword and a ghost sitting on it, but when players try to get close to it, they’re teleported back to the previous room. Players have speculated about what might be inside—maybe an exotic sword or another returning weapon from Destiny 1—but since the maze involves the breakdown and fragmentation of time itself, it could be anything, really.

Whatever gets revealed, the rate of progress is speeding up thanks in part to a new automated tool that’s greatly speeding up the process of mapping the new data coming in from players. Earlier today, Sweatcicle, one of Destiny 2’s top raiders, guessed that at the current rate the puzzle might finally be solved in the next 48 hours.