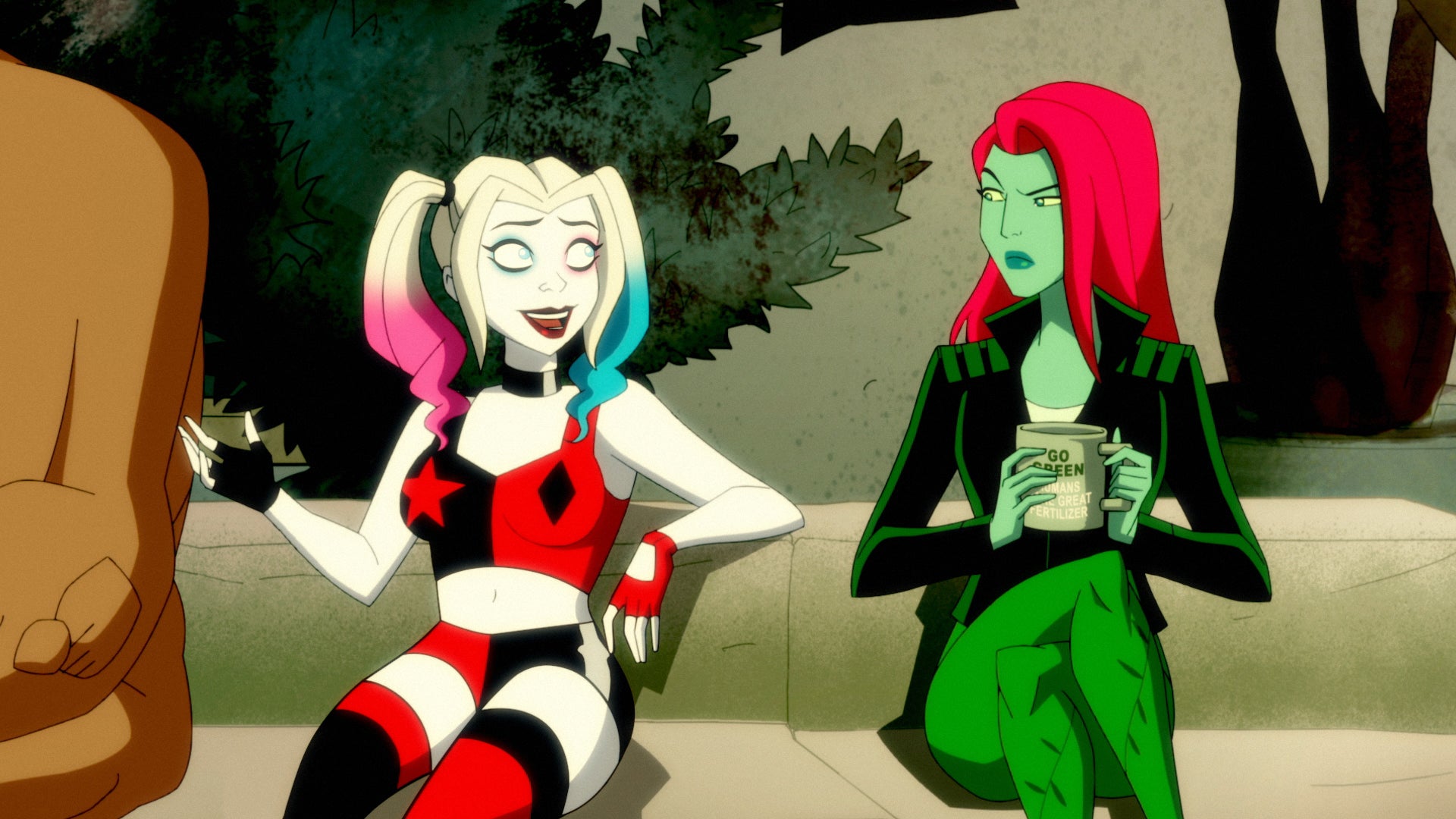 Having broken up with the Joker in the first episode of her new DC Universe series, Harley Quinn’s been spending her time in Gotham bonding with Poison Ivy and getting together a crew of criminals in order to make a go at becoming a member of the Legion of Doom. Harley’s all too ready to grow beyond her past with the Joker and yet, throughout the series, he continues to pop up both literally and in Harley’s mind, and honestly? It’s a good thing.

To be precise, the Joker is decidedly not a good person for Harley to be around, and the DC Universe animated series knows as much. But even though the clown couple is on the outs and the series is focused primarily on Harley’s journey of self-discovery, the Joker factors rather largely into to story Harley Quinn is telling, because it understands that devastating breakups aren’t something that one can just move on from easily.

Harley’s life, and that focus has led to some excellent stories which have established Harley as one of DC’s brightest stars. But the fact of the matter is that you can’t really tell a whole Harley story”especially one that’s meant to function as a definitive origin”without at the very least touching on the Joker, and Harley Quinn does it in a way that’s worth paying attention to.

Much to Ivy’s dismay, there’s a part of Harley that can’t let the Joker go despite all of the objectively shitty, unloving, reprehensible things he did to her in the past. As the series opens, Harley’s still very much in the throes of love that make it almost impossible for her to see just what kind of toxic presence her beau is. By the end of the first episode, Harley declares her independence and sets out on her own to make a name for herself in Gotham, but as the show progresses, the Joker continues to pop up.

The couple’s breakup is intense and features a battle that leaves no less than three men with severe nerve damage”but as free as this leaves Harley feeling, she can’t help but also feel a deep level of attachment to the Joker, simply because he’s been such a significant presence in her life for so long. Harley knows the Joker’s willingness to put her in danger and let her take the fall for his crimes all reveal he’s always going to love Batman more her no matter how devoted she is to him.

Leaving an abusive relationship in which one party is more committed to their partner than the other can be a profoundly difficult (and often painful) process, and Harley Quinn doesn’t at all shy away from that reality. The show is chiefly concerned with Harley moving on with her life, but it understands that moving on doesn’t necessarily mean wholly divorcing yourself from that kind of emotional history. Hollow as the Joker’s feelings for Harley might have been, hers were deep and genuine, and coming to grips with her need to be apart from him is an exercise in brutal honesty.

After spending years believing that the Joker pushed her into the vat of acid that left her skin bleached, Harley comes to the realisation that in that moment, she chose to jump because she loved the Joker and believed in the relationship they were in at the time. This devastates Harley because it’s an encapsulation of just how intensely the Joker was able to warp her perception of herself. But it’s also a testament to the degree to which Harley was (subconsciously) willing to dedicate herself to the dynamic they had. In this sense, Harley Quinn accurately depicts what it means to give in to the thrall of love and then realise that the object of your desire’s led you astray in the deepest sense.

Harley invested herself in the relationship she built with the Joker and poured her energy and intellect into devising ways that the two of them could wreak the kind of havoc upon Gotham that Batman’s pledged to defend against. She knows the Joker is a fuck boy”he’s beat her, put her in danger, verbally abused her, and otherwise acted in a way that conveys how little he thinks of her”and on some level, she gets it. But through its characterisation of Harley, the show constantly reminds us that what she’s going through is a process. Unhealthy as it is, these are the kinds of feelings people have when they’ve been in love and are breaking up with the people they believed were their Peopleâ„¢.

For many, Harley’s become a symbol of survival and often, the narratives touching on abusive relationships as a theme have led with the rather flat idea that one can simply choose to leave an abuser behind and be done with them. But the reality is that fully extricating one’s self from that sort of situation isn’t easy. Even after you leave physically, there’s still part of you that has to work through the psychological attachments you had to your partner.

Much in the same way that Harley isn’t defined by her breakup from the Joker, she’s also more than the version of herself who’s trying to get over him. But by not shying away from the realities of how these kinds of relationships wreck people, Harley Quinn gives its titular character an added level of nuance. You can be an independent badass who wants to own the world for yourself, the show says, but it’s perfectly all right to take a moment, be sad, and process the things that made you the person you are in the present.