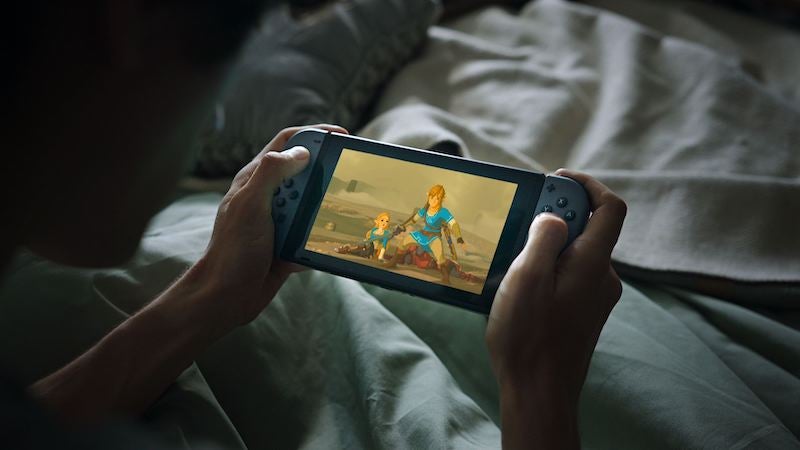 <em>The Legend of Zelda: Breath of the Wild</em> (Screenshot: Nintendo)
To sign up for our daily newsletter covering the latest news, features and reviews, head HERE. For a running feed of all our stories, follow us on Twitter HERE. Or you can bookmark the Kotaku Australia homepage to visit whenever you need a news fix.

If there’s one thing that sucks about the Nintendo Switch, it’s the battery. Yeah, yeah, you can play Zelda on the road. But is that really a selling point if you can only do so for, like, two hours? That doesn’t even cover the train ride from New York to New Haven! And if you’re facing a longer trip”or, worse, heading to the airport”you can forget about trusting the thing to last the whole journey.

Officially, Nintendo claims the battery life of the original model can last anywhere from 2.5 to 6.5 hours. But anyone who regularly plays on-the-go can tell you that , more than 800,000 people snagged that bundle in the U.S. during Black Friday week alone. (For those consumers: the only road you’re likely playing your Switch on is Rainbow Road.)

Not all hope is lost. By making the most of a few tried-and-true tactics”beyond simply “turn down your brightness””you can get more mileage out of your machine. In some cases, you could hypothetically double it. Here’s how.

Actually power-down the console between sessions. 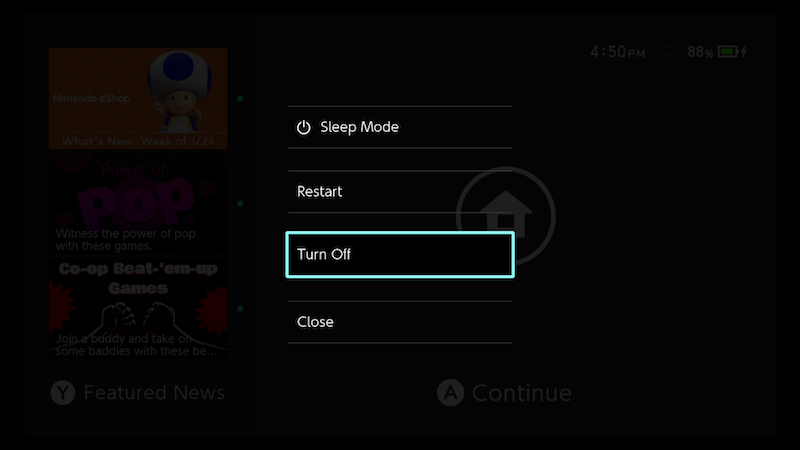 When you tap the Switch’s power button, a menu prompts you to put it in “sleep” mode. The display will shut off, but the console will still burn some gas (albeit at a much reduced rate). But shutting the whole thing down will ensure it consumes no battery whatsoever. To do so, just hold down the power button for three seconds. When the menu pops up, select “Power Options.” A “turn off” option should pop up.

Invest in a high-end battery pack.

Fact: If you have room to carry around an entire Switch, you have room to carry around a battery pack. For example, take a look at Anker’s dedicated Nintendo Switch battery pack. It’s light (just 250 grams) and, at full charge, can extend your console’s battery life by 1.7 times. Bonus: Though it generally sells for $100 or more, it’s currently available on Amazon for $96.

It’s no secret that big-budget games, with all their snazzy graphics, use a lot of processing power”and battery life, too. When you play something like Fire Emblem: Three Houses, for example, you can literally feel the console go into overdrive as it heats up in your hands. But if you play a comparatively smaller game, like, say, Baba Is You, your console doesn’t have to work as hard”and doesn’t have to burn as much battery in the process.

To put some numbers to it, I’ve been able to push my Switch”a 2018 model”to run Three Houses for 2.5 hours or so before needing a charge. On the other hand, I’ve had no trouble running Baba Is You five hours or more (even if I’ve desperately wished for the console to power-down and put me out of my puzzle-induced misery).

Yes, this may sound counterintuitive, but unplugging your console can help preserve its lifespan. See, the Switch is equipped with a lithium ion battery. When a device with a lithium ion battery hits full charge, leaving it plugged in reduces efficacy in the long-term. That means, when you go to play undocked in the future, your total battery life will be shorter and shorter over time. Whenever your Switch hits that 100-per cent charge”be it through the dock or a cable”unplug it.

As Kotaku‘s Ethan Gach pointed out, you can identify which Switch model you have by looking at the model number on the back of the console. The older model”the one that was part of that Mario Kart 8 Deluxe bundle”can be identified by the model number HAC-001, while the newer one”the one with an actually useful battery”is marked by HAC-001(-01). If you’re willing to sacrifice the free game, head back to where you bought it and swap for a new one. Since the standalone model is the same price as the bundle, you won’t lose a penny.

Thankfully, most big-box retailers run extended return periods during the holidays. Even if you picked your model up all the way back during Black Friday, you’re may be within the return timeframe for your local store. Either way, it doesn’t hurt to check!