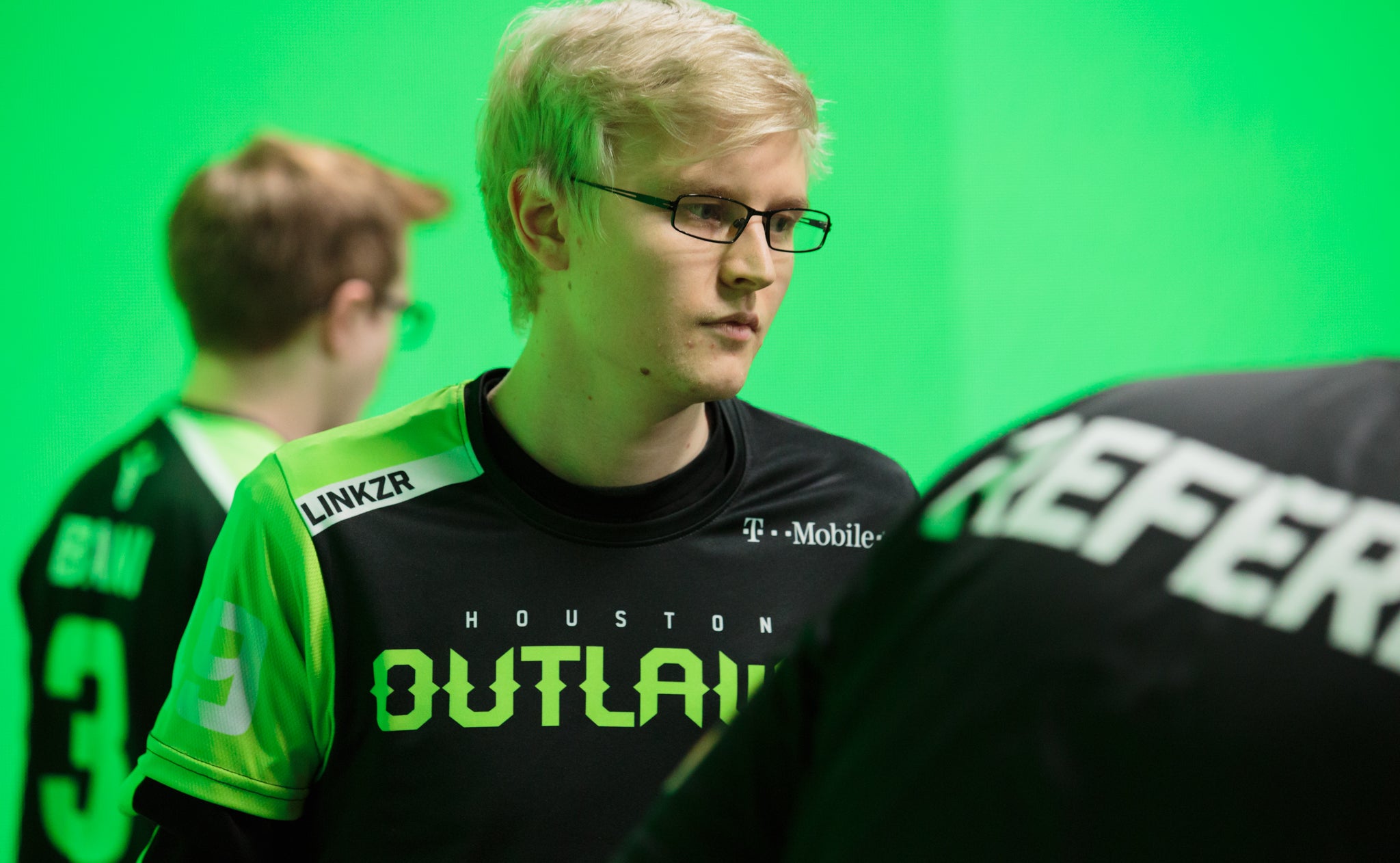 Photo: Robert Paul, Blizzard Entertainment
To sign up for our daily newsletter covering the latest news, features and reviews, head HERE. For a running feed of all our stories, follow us on Twitter HERE. Or you can bookmark the Kotaku Australia homepage to visit whenever you need a news fix.

Season three of the Overwatch League kicks off next month, and that means teams are finally gearing up to live and operate out of their home cities. The Houston Outlaws, unfortunately, have not received the warmest of welcomes from their neighbours.

Houston Outlaws general manager Matt “Flame” Rodriguez said yesterday on Twitter that his team will be uprooting its base of operations after experiencing some trouble with new neighbours in a community called The Woodlands Township in The Woodlands, Texas. The Outlaws were planning to practice out of a house there, but that’s now unlikely to occur.

“Boomers: 1, Outlaws: 0,” Rodriguez said in a tweet that has since been deleted (but is still viewable on Dexerto). The tweet then linked to a local report from KPRC 2 Investigates about how the team’s presence in the area has led neighbours to be concerned about “traffic, noise, and property values.” “We’ll be moving training facilities in the coming weeks,” Rodriguez’s tweet went on. “Unnecessary and stressful.”

In further tweets that have not been deleted, Rodriguez provided the Outlaws’ side of the story. He said that the neighbours sent TV reporters to their front door and generally made them feel unwelcome, despite his claims that the team hadn’t even used the house for practice purposes yet, nor was anybody living there. While he acknowledged that the team could be violating covenant restrictions by operating a business in a residential zone, he noted that “we made all of our plans and intentions very clear from the start with the realtor, the township, and everyone involved. We didn’t, like, cut any corners here or fudge paperwork.”

Kotaku reached out to Rodriguez and the Outlaws for more details, but as of this publishing, they had yet to reply.

However, the KPRC 2 report says that a meeting of the Woodlands Residential Design Review Committee yesterday turned up “a host of violations of covenant restrictions,” though it does not state exactly what they are. At this point, the Outlaws can pursue a variance—that is, an exception to the rules—but in a statement emailed to Kotaku, Woodlands Township director of communications Nick Wolda said that the Residential Design Review Committee has reviewed the Outlaws’ application for a home business and provided a recommendation against granting a variance to the Development Standards Committee in The Woodlands, Texas, which reviews home business applications in the area. Specifically, the Residential Design Review Committee is opposed to the idea because of “the amount of the home used for the business operation, “the number of employees,” “characteristics of the business the committee did not feel were in keeping with the Neighbourhood Character,” and “concerns for parking.”

In light of all this, it makes sense that Rodriguez and the Outlaws have decided to mosey on.

“The silver lining of today is no players or staff were living in that house, so nobody’s homeless, and we already worked with the town to find office spaces nearby to use for the year,” Rodriguez said on Twitter. “There’s a solid chance this org is just cursed, BUT not really much I can do about that.”