In Japan, It’s Now Easier For Tired Workers To Sleep At Work

Japanese company Bauhutte, which specialises in gaming chairs and desks, is selling this “under-desk bed.” Is the fact that this product exists a good thing or a very bad one?

Apparently, it’s aimed at white-collar workers. Famitsu describes it as a way for office workers to take a quick power nap while at work. 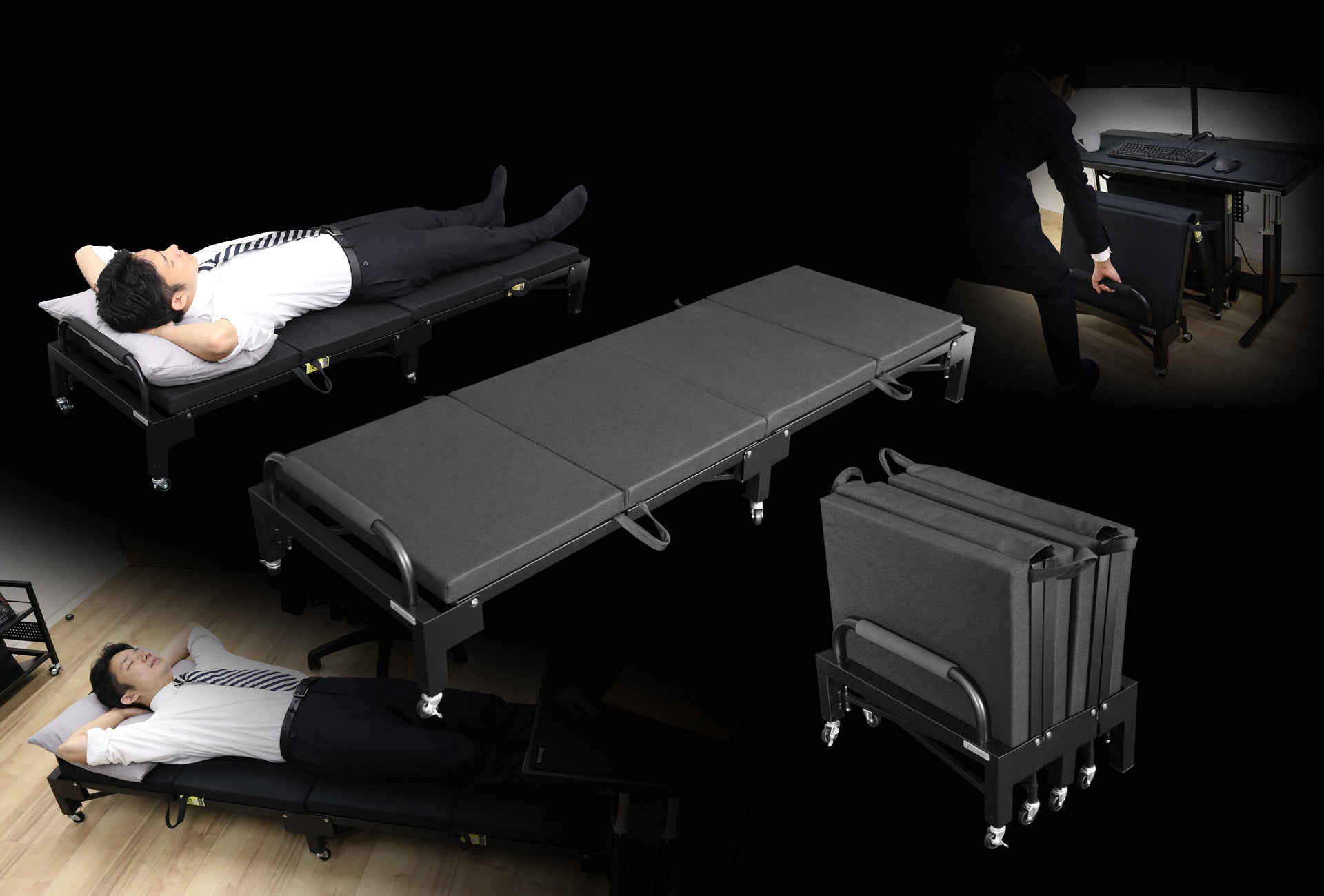 When folded up, the bed is compact and can easily fit under a desk or computer station. But unfolded, the 4-centimeter mattress still offers enough support.

The under-desk bed is also being sold as beds in case of natural disasters, which could be useful in such an unfortunate situation.

In Japan, you sometimes hear stories of game developers and animators sleeping under their desks when things get overwhelmingly busy, so maybe this mattress would be beneficial. But crunch is awful and should be avoided. Products like this might help encourage it. No wonder it’s also being called shachiku beddo (社畜ベッド) or “corporate slave bed.”

Thanks, Roy for the tip!