Mandibuzz Wears The Bones Of Its Dead Victims

Every Pokemon is interesting and worth talking about. I don’t play a ton of Pokemon, but I do enjoy the universe and I love learning more about the creatures in it. So, Here’s Another Pokemon! It’s Mandizbuzz!

Bones. We all got some of them in us. Literally, right now, there are bones inside you. Strange to think about. And if you were killed by a giant bird or something, those bones might become accessible to anyone sick enough to rip them free of your corpse. Oh, hey, speaking of sick creatures and bones, here’s Mandibuzz. They are a large bird who wears bones around as fashion. Specifically the bones of prey it has killed.

Bone fashion is important to Mandibuzz. According to some Pokedex entries found on Bulbapedia, different types of bones seem to be popular and less popular. This seems to suggest that some fashion trends exist amongst this vulture looking Pokemon. I wonder if they have their own version of Fashion Police? “I can’t believe she wore a collarbone. What is this the 90s?!”

Where does Mandibuzz get these bones from? Dead Pokemon. Mandibuzz loves to hunt weaker creatures it can kill and bring back to its nest. Multiple Pokedex entries mention a preference for Cubone. That makes sense. If you are a Pokemon who loves bones, then a small easily catchable creature wearing a bone mask is like the perfect target.

But you might be thinking to yourself, “Hey, animals have a lot of bones in them. What happens to those unused bones?” Well first off, you have some weird thoughts. Secondly, they don’t go to waste. Mandibuzz actually creates their nests out of bones. Imagine being a small, helpless Pokemon and getting grabbed by a giant bird wearing bones and then getting dropped into a nest made of bones. I think they understand what’s about to happen. Poor bastards. 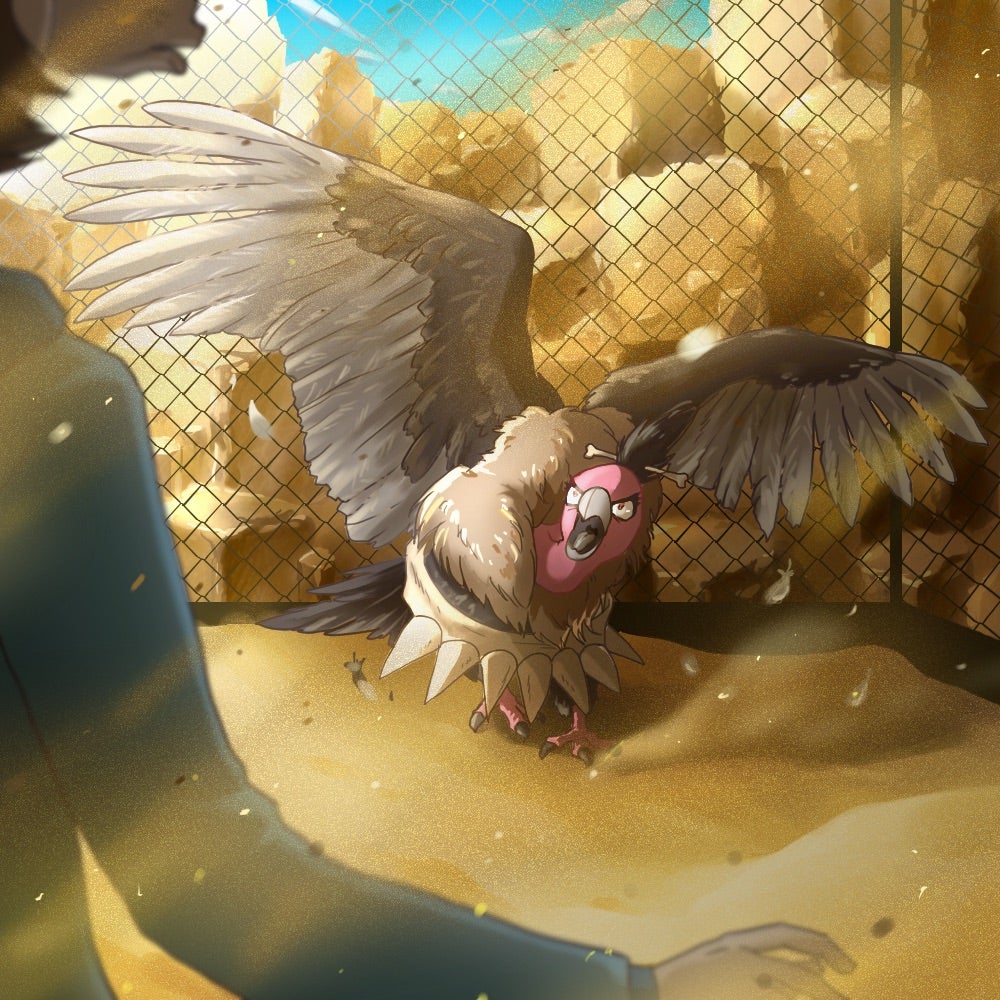 I mean, just floating in the current and being toxic seems like it works for a lot of people on the internet, why shouldn’t it work for a fish?

I like this comment but I also feel bad relating Qwilfish to shitty internet trolls and arseholes. Qwilfish might suck as a fish, but they have never sent me death threats or called me a shill. So they ain’t that bad.