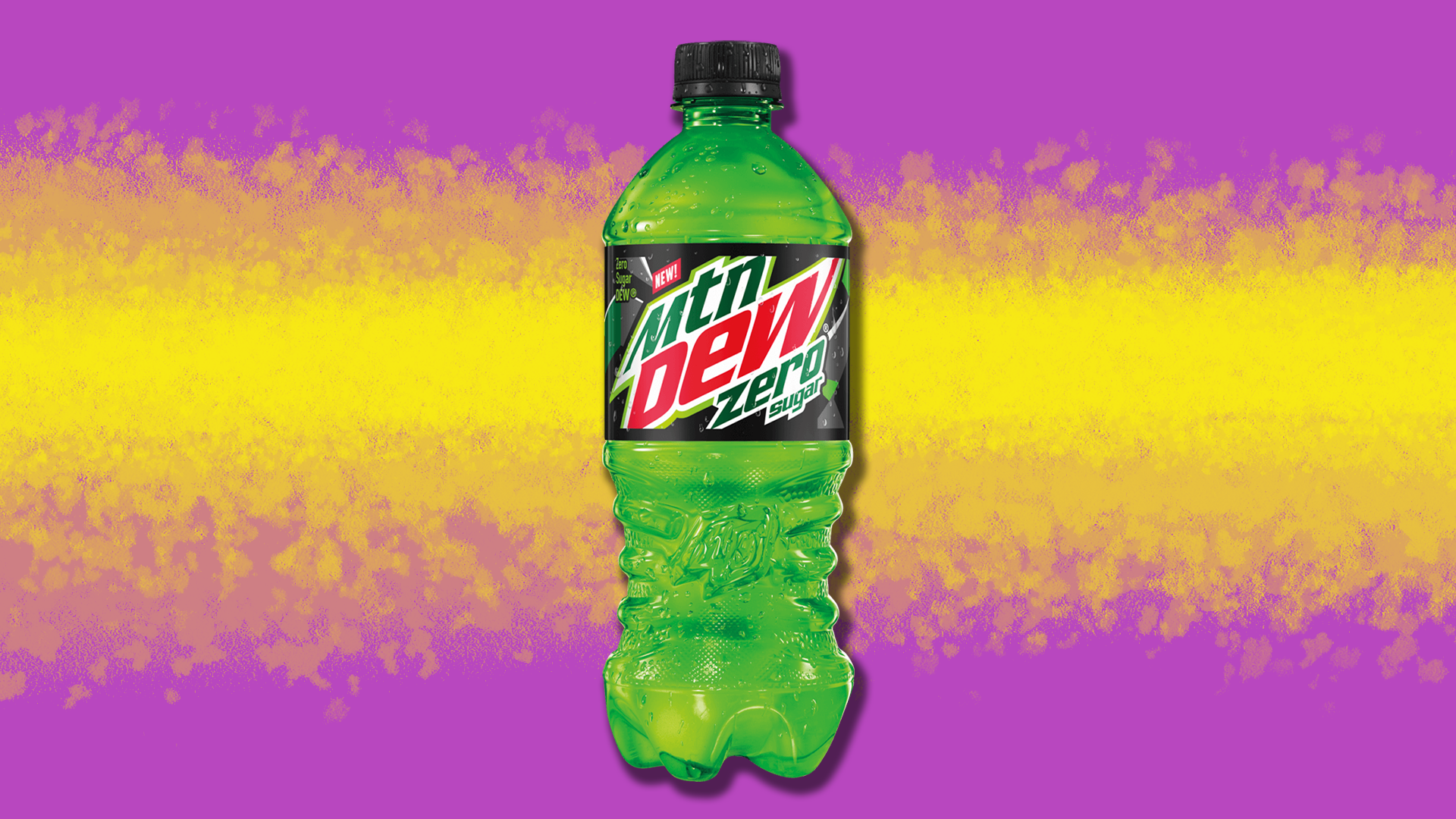 I’ll admit I was excited about Moutain Dew Zero Sugar, which for the rest of this post I will be referring to as just Zero. I was excited because I really don’t drink soda anymore, outside of reviews, mainly because I’ve been trying to cut my sugar intake down in recent years. So a new version of Dew with zero sugar sounded great. But after trying it, I’m not rushing out to buy a bunch of cans.

Let’s start with the positives! Zero has zero sugar and tastes better than Mountain Dew Diet. I actually did a blind taste test of all three versions of Mountain Dew and at first, I picked Diet of Zero. But then I drank a bit more of each and that old familiar Diet Dew aftertaste started to form in my mouth and I quickly remembered why I always hated that version of Dew. Zero, on the other hand, wasn’t as bad. It still had a bit of a weird aftertaste, but it was less gross and instead, sweeter.

But that might be Zero’s biggest problem when compared to Dew and Diet Dew: How damn sweet it is. When I was taking notes during the blind taste test, I noted that it was “sickly sweet.” And it really is. My girlfriend tried it and could only handle a sip before quickly putting the cup down and exclaiming “This is awful!” I don’t necessarily think it is awful, but it ain’t great!

Something else to note about Zero is it is more caffeinated than Diet Dew and contains no concentrated orange juice. (Which has always been part of the weird flavour profile of Diet Dew.) Now I don’t know if it is all the extra caffeine or the chemicals they are using to artificially sweeten Zero, but the soda is really cloudly compared to the other Mountain Dews.

Also, for those who are curious, I mixed all three into a big cup and drank it. It was bad. It tasted even sweeter than either Zero or standard Dew, but it had the aftertaste of both Zero and Diet and also tasted sort of like flat soda? I don’t recommend mixing them all together. Another reason I don’t suggest this combo is due to the reaction you might get when you buy the sodas. I bought all three Mountain Dews at a nearby gas station and the young man at the register, after seeing me plop down three bottles onto the counter, remarked: “I guess you really like Mountain Dew, huh!?” I just mumbled and quickly exited the store.

I think Zero will end up being a fairly popular drink for folks who still want to DO THE DEW, but maybe don’t want to ingest a ton of sugar every time they DO THE DEW. Personally, for me, I have better sugar-free drink options. But if I ever want a nice cold Mountain Dew, I might grab a Zero. And at least I never have to drink a Diet Dew again.