Netflix’s New Reality Show About Catfishing Is, Itself, A Catfish 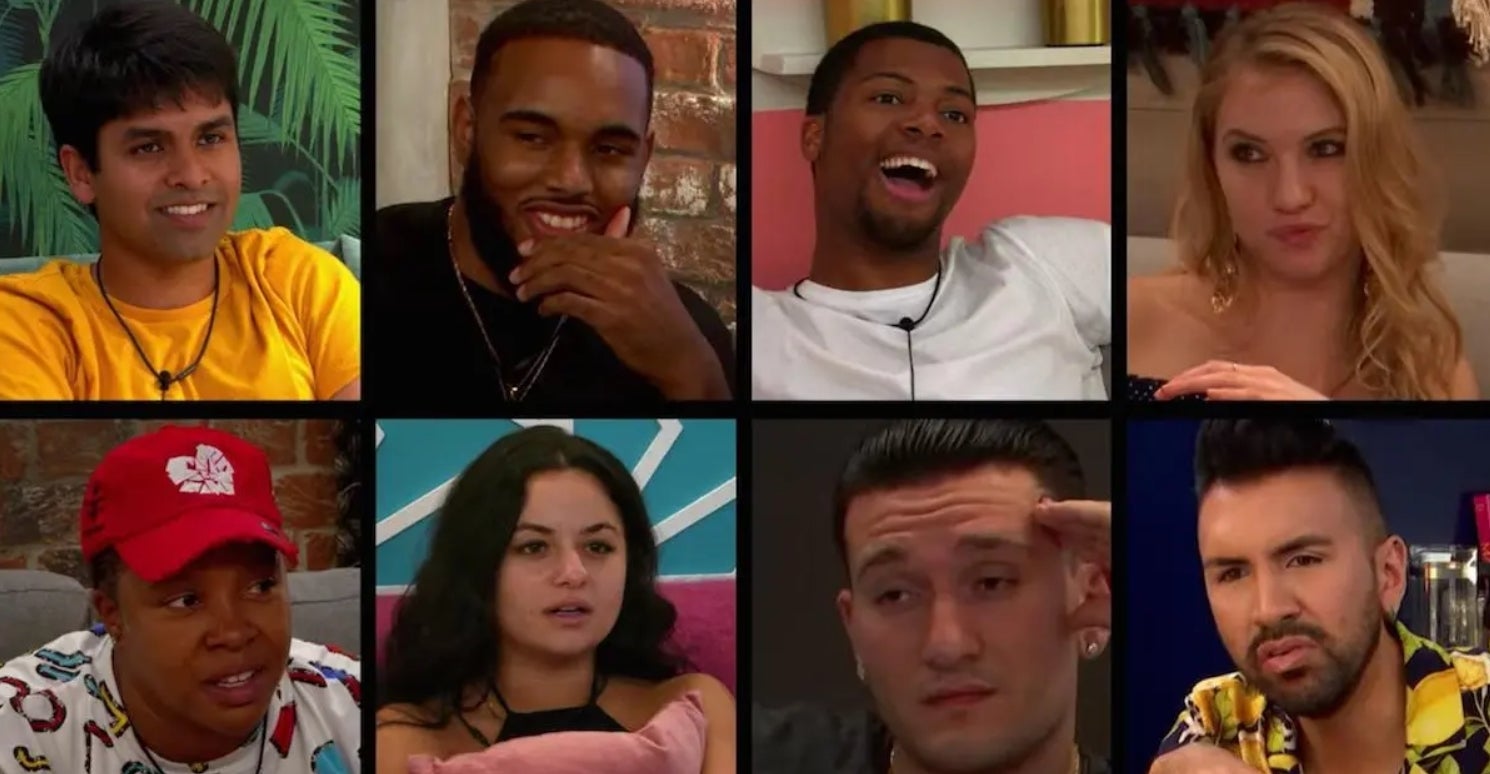 A Netflix reality TV show lets contestants “catfish” each other in competition for a $US100,000 ($144,899) prize. But just like its catfishing contestants, what The Circle says it is, and what it is really about, are quite different things.

The Circle, which debuted earlier this month, claims to be a show in which “anyone can be anyone,” an environment which social media re-knits the very fabric of human interaction. In truth, the show is structured in such a way that its contestants can only viably behave in a handful of predictable ways. The whole “social media” angle is mere window dressing. But I still can’t stop watching it.

Here’s the setup. Eight contestants live in a single apartment building, but they are never allowed to meet face to face. Instead, they communicate via an incredibly hokey custom app that allows them to verbally dictate messages into a chat program that can somehow perfectly interpret awkward speaking cadences, misspoken words, and roundabout descriptions of specific emojis. This app, which is definitely not just powered by a bunch of people in a room somewhere watching the live feeds and transcribing the text, also gives each contestant a profile, which they can update with a new photo and status at predetermined points.

Every other day, contestants are required to rank each other from favourite to least favourite. The two top-ranked contestants temporarily become “influencers,” who then give the boot to one contestant of their choosing. This is known as “blocking,” because The Circle must never let you forget that this show is themed around social media. The contestants relentlessly “hashtag” their messages despite the lack of an internal hashtag system, creating endless voids to a bottomless nowhere (#loyalty). Blocked players can then choose to visit one contestant of their choosing in person before departing the building forever. Each blocked contestant is replaced by a new contestant.

It’s a bad, trashy show—a mashup of tropes yoinked from the likes of Big Brother and, unsurprisingly, Catfish. But I’ve been glued to every episode Netflix has put out, because beneath all the genre-standard melodrama, it’s got an uncommon amount of heart. Also, it’s extremely fun to laugh at with friends.

Contestants spend their time talking among themselves so as to create relationships and form alliances that might benefit them in the future. They can DM or create group chats on screens littered throughout their apartments. Maybe they chat while in front of their TV, or perhaps in the kitchen, or while doing their hair and makeup in the bathroom, creating a hall of mirrors-type scenario in which they stare into a literal mirror while on a show primarily concerned with how they present themselves to others in the age of social media, the cracked, algorithmic mirror of our age. Or some combination of the three! In the absence of reliable means to size each other up beyond chatting, most contestants quickly reveal what they’re actually about. This has led to an environment in which perceived, sometimes performative authenticity wins the day—one of the few ways in which the show is akin to actual influencer culture.

For example, The Circle’s biggest delight has been watching an awkward, 23-year-old virtual reality designer named Shubham grow from a hopelessly inept social media virgin to an unassailable rankings god. Shubham, a skinny, unremarkable-looking tech guy, came onto the show somewhat paradoxically declaring that “social media is our modern-day bubonic plague.” The first time contestants ranked each other, he nearly came in last. Just a few days later, though, he won influencer status.

He accomplished this entirely by being a gigantic dork. There was absolutely no savvy to Shubham’s approach; he made mistakes, apologised sincerely when he wronged people, and posted a photo depicting himself in his messy bedroom, wearing an ill-fitting suit and looking like he was about to go to his high school prom. He continues to resolutely fail to fit into social media or reality television molds. He’s just a sweet, frequently clueless dude who nobody can bring themselves to dislike. He’s now best friends with Joey, a Jersey Shore wannabe and probable sociopath, but thanks to Shubham, even that dynamic is endlessly charming.

However, not everybody on The Circle is who they seem to be. A small handful of players are “catfish,” meaning that their pictures do not match their actual appearances. One catfish, Seaburn, is a man role-playing a woman—specifically, his real-life girlfriend, using both pictures of her and elements of her life story. Another, Karyn, is a larger gay woman playing a slimmer, more conventionally attractive woman.

These contestants add intrigue to the proceedings. Will they be found out? If so, how will everybody else react? And how do they opt to play their new identities? Do they embrace the spirit of role-play, or do they behave like their normal selves while wearing a different skin? How do people react differently to words—and only words—from somebody who looks one way versus another?

These are legitimately compelling questions, but The Circle largely squanders them. Let’s consider the case of Karyn, aka “Mercedeze.” (Spoilers ahead.) As Mercedeze, Karyn tried to be true to her own personality, rather than attempting to role-play somebody else. I’m not sure she succeeded, though. When talking to the camera or herself, she was smart, funny as heck, and fearless about calling out bullshit. In short, she was a Real One. When talking to others, however, she largely made conservative decisions for fear of outing herself. At one point, she hinted at her actual sexuality in a group chat, but even then, the largely straight-identifying cast just assumed that Mercedeze was bi.

Per the show’s rules, Karyn also sporadically posted images of Mercedeze to her profile page—glossy, Instagram-worthy shots for the most part. This ended up being her undoing. Other contestants ultimately decided that Mercedeze’s photos were “too filtered.” This, in conjunction with her risk-averse conversational decisions, led to a group chat AMA in which everybody accused her of being “inauthentic” and likely a catfish. Not long after, she got blocked.

After getting blocked, Karyn chose to visit Antonio, a professional basketball player and wannabe Machiavellian mastermind who, in reality, might have been the most socially inept person on the entire show. (He got blocked not long after, concluding a tragic arc that can only be described as “hashtag chef kiss emoji.”) He had previously tried to flirt with her—taking the bait, so to speak. Surprised that Karyn was not Mercedeze, Antonio asked her why she decided to catfish. “Would you have talked to me if I looked like this on my default?” she asked. Antonio didn’t have much to say to that. “That’s a good one,” he replied, laughing uncomfortably.

“I did the catfish because all my life, I’ve been judged,” Karyn said. “I’m not ugly, but I’m not feminine. It’s really the fact of just showing the world that you can’t judge a book by its cover.”

But in the end, that’s exactly what happened. Not only that, you could argue that Karyn—despite her intentions—often conformed to what people would expect of that cover. And while Antonio was knocked flat when he met the real Karyn, it was just a brief “gotcha” moment. The next day, other contestants received their own “gotcha” moment in the form of a quick video from Karyn. After that, though, she was gone and forgotten—any difference she brought to the table swept under the rug like so many dust bunnies littering the contestants’ increasingly lived-in apartments. Contestants didn’t have to marinate in their flawed preconceptions of who they expect certain people to be based on appearances. They didn’t have to get to know the real Karyn or learn what she was about. They were, by the show’s rules, rewarded for judging a book by its cover. They kept their spots, and Karyn lost hers.

Despite a relatively diverse initial cast, the show’s structure rewards a kind of milquetoast, heteronormative blandness. Right off the bat, contestants formed their group chats based on gender, leaving little room for people who didn’t present as traditionally masculine or feminine—Karyn, for example, and also Chris, a gay man who does drag—to express themselves. Midway through the season, Chris found himself near the bottom of the rankings for no particular reason. Nobody thought he was malicious or a threat; he just wasn’t gelling with other contestants, who found they had more in common from people of similar backgrounds or from similar places.

That gets to the heart of the show’s other central issue: It doesn’t really mirror social media. Social media is vast and full of niches for people of all different sorts—for better and for worse. The Circle is not. When you’ve got just eight contestants co-existing at any given time, the majority is naturally going to rule without too much resistance. The majority, in this case, is straight-presenting and white—increasingly so, as new contestants are added. Due to personality differences and other factors that have led to blocks, the majority has, over time, also become more male. I’m caught up on all eight currently available episodes, and currently, the ratio is five men to three women, with one of those women being Seaburn pretending to be his girlfriend. The remaining women cast members have jokingly complained about conversations devolving into a bunch of dudes talking about dicks and balls. It really is a bummer. The show is less an examination of social media and more like a look at the contours of a fairly standard in-group. People gossip, cliques form, some folks get ostracised, and so forth. The chat program, “influencers,” and other elements wind up feeling like gimmicks. 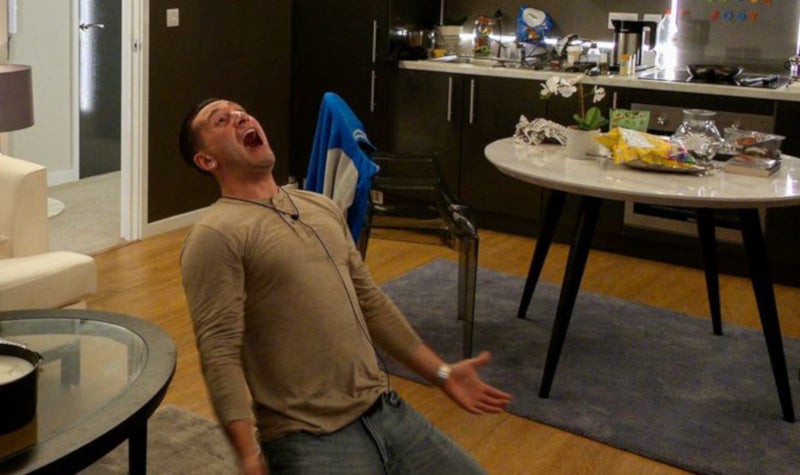 I can’t help but watch The Circle and envision a reality show that dons more than just the aesthetic trappings of social media. What if somebody made a show that’s actually about influencers, with hundreds of contestants? That way, multiple groups could form around especially charismatic cast members, making them “influencers” in a way more akin to the term as we understand it online. A show like that could examine the pros and cons of social media while also digging into other hot topics like fandom, toxicity, power dynamics, and how online celebrity forces people to emphasise certain elements of their personalities while diminishing others.

But generally, popular reality shows focus on small contestant pools so as to rapidly create relatable characters and, in doing so, hook viewers. I can see why The Circle didn’t take a more radically different route than its genre forebears, but I’m still disappointed it didn’t. That said, the final batch of episodes comes out later this week, and you’d better believe I’m going to devour them the second they drop. I am, almost certainly, part of the problem.