If there’s one thing about Paradox Interactive’s big PC strategy games, it’s that they’re nearly always fantastic. And if there are two things, it’s that they quickly become bogged down with hundreds of dollars worth of DLC that looks absolutely daunting to any potential new players.

Take, for example, Europa Universalis IV, which is very good. Let’s say that you get sick of hearing people say how good it is, you read a glowing review of the game and you decide to buy it. You go to Steam, you check out the game’s page and uh 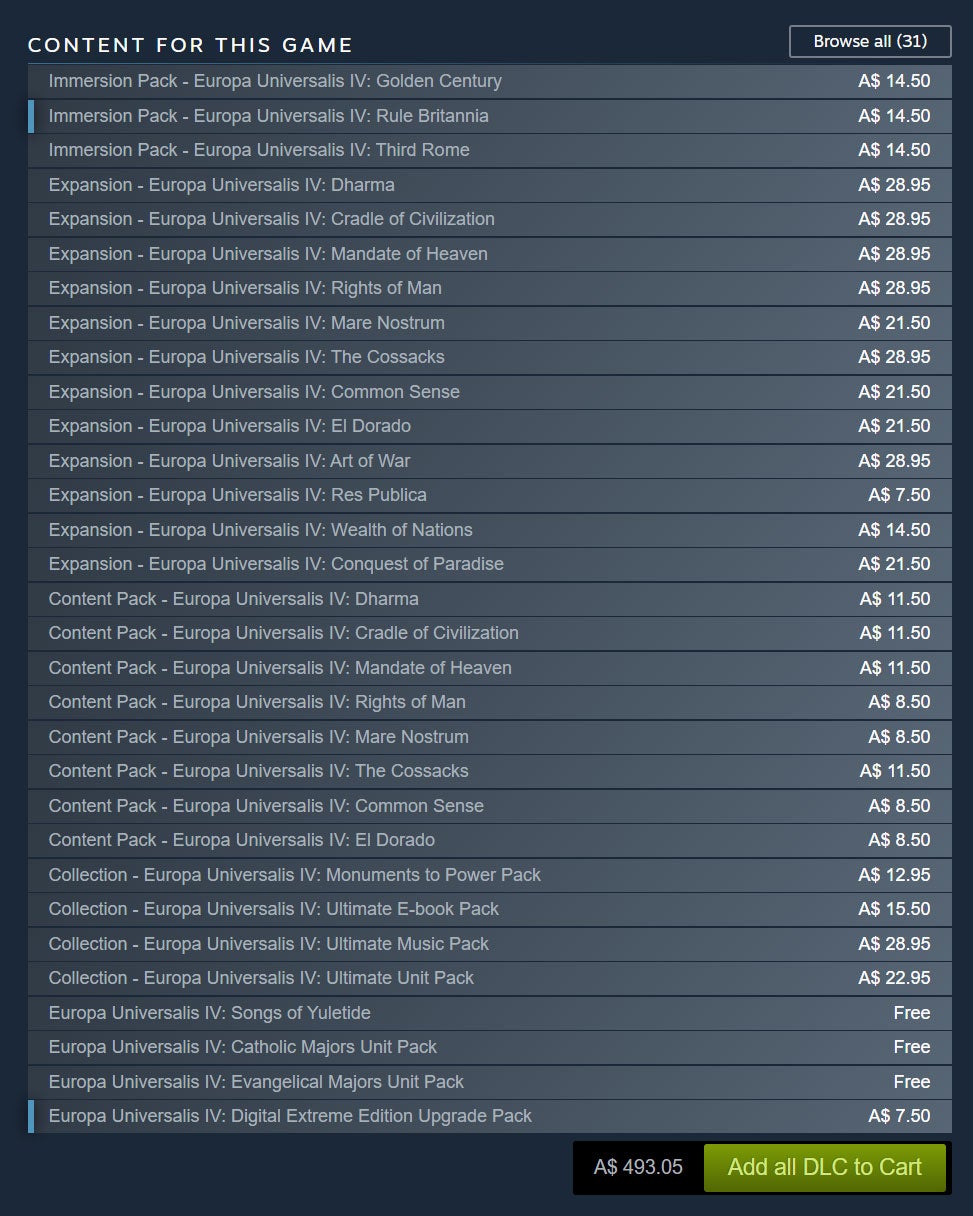 You get the fuck out of there. That would be fair! You’d assume, quite rightly, that the best version of the game in 2020 is the one with all that DLC bolted alongside it, and that the cost to buy it all”even if savvier consumers know that bundles get sold for much less quite frequently”is just too much, and you bail.

If any/all of that sounds like you, then you’re exactly the type of person Paradox is targeting with a new, very soft trial of a subscription service, aimed only at EUIV players. Basically instead of buying this stuff up-front, players could pay a monthly fee and get access to all it immediately instead.

While exact details of the service are yet to be announced, EUIV fans discovered code for the trial in the game’s latest update, after which Paradox made it official and offered some details like the fact a subscription service won’t replace the way games are currently sold or priced, and is aimed at new players rather than existing ones (hardcore fans tend to accumulate that DLC over time, and EUIV six years old at this point).

All of which sounds fine, but it doesn’t take an oracle to work out this is something Paradox could easily expand to cover other games like Crusader Kings II as well.