Pokémon Mystery Dungeon: Rescue Team Blue for the Nintendo DS and Red for the Game Boy Advance looked good enough on their respective systems, but the upcoming Switch version, with its adorable hand-drawn art style, is downright delightful.

Spike Chunsoft’s Mystery Dungeon series is all about roguelike dungeon crawling. The games’ heroes, be they Dragon Quest characters, Chocobos, or Pokémon, explore top-down dungeons one step at a time. When the player steps, every enemy in the dungeon steps. Characters perform attacks, collect items and equipment, and complete quests in order to level up and take on greater challenges. Should the player’s party die, they lose all money and items in their inventory at the time, so careful equipment management and banking of funds between dungeons is imperative.

Pokémon Mystery Dungeon: Rescue Team DX, like its 2006 portable predecessors, begins by asking the player a random series of questions. Do they vacation alone or with friends? What would they do if they came across someone being bullied? Do they think they are cool? The answers to these questions determine which of the 16 different playable Pokémon they player finds themselves transformed into as the story opens. I got Chikorita during my playthrough of the free demo available now on the Switch eShop. I could have overruled that choice, but who could say no to that face? 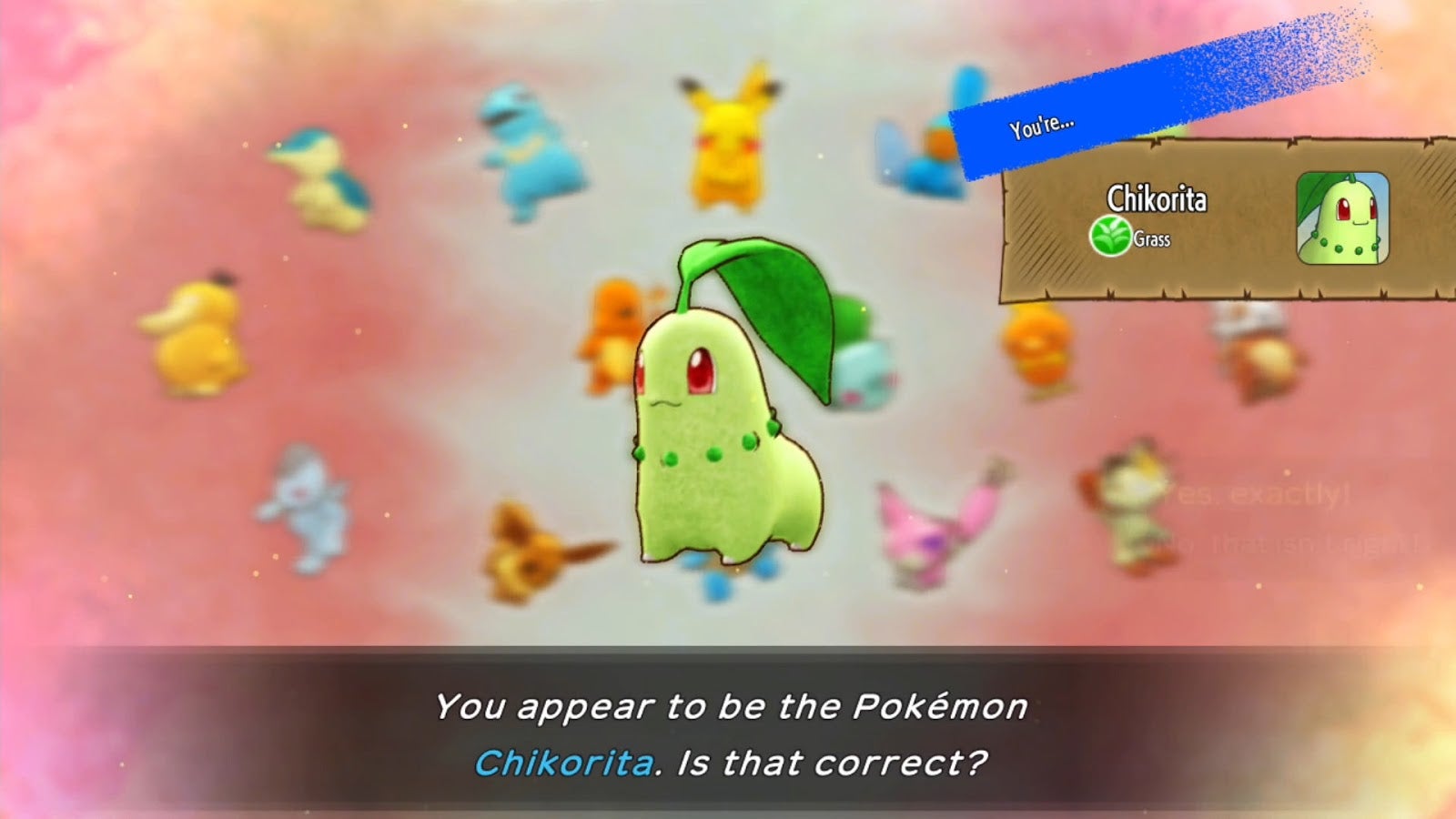 The player also gets to pick a partner from the pool of remaining pocket monsters (excluding those of the same type). 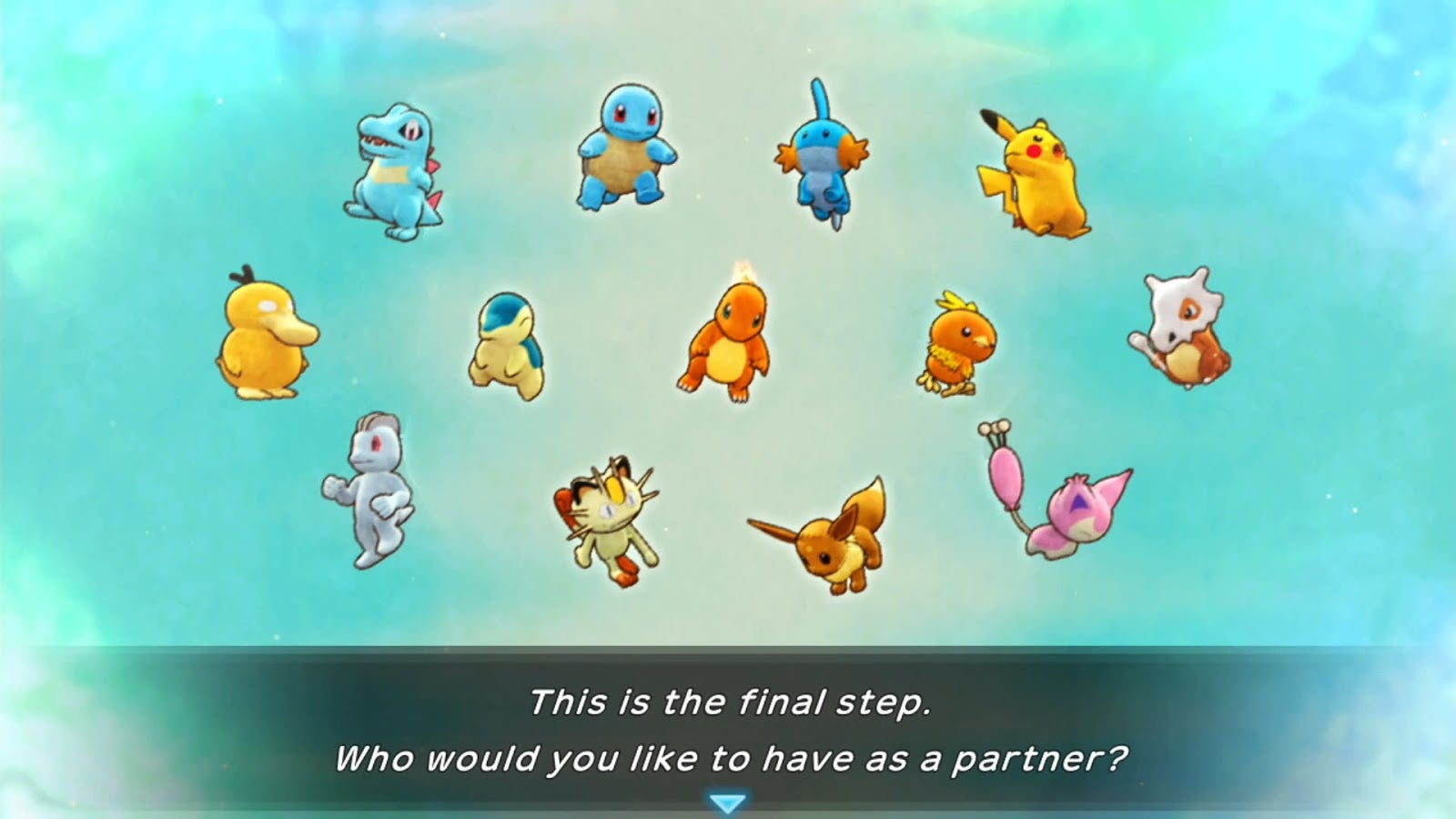 Once that final decision is made, the game begins. The player character awakens at the urging of their chosen Pokémon partner, dazed and confused. How did the player wind up unconscious in the woods? More importantly, how did the player, a human being, transform into a Chikorita named Phteven? The answers to those questions will have to wait, as the new Pokémon pair hear a cry for help. A Caterpie has fallen into a dark crevasse, and it’s up to Chikorita and Skitty to save the day.

The top-down dungeons of Rescue Team DX aren’t quite as lush as the between-dungeon scenes, but they’re pretty enough for what they are. The players’ Pokémon use their signature moves to take down enemy pocket monsters. They earn experience points, level up, swap out moves, and grow more powerful. An auto-explore mode makes the game easier (and a little less tedious) for newcomers to the genre, making the party move about dungeons independently, stopping only when enemies are in range. 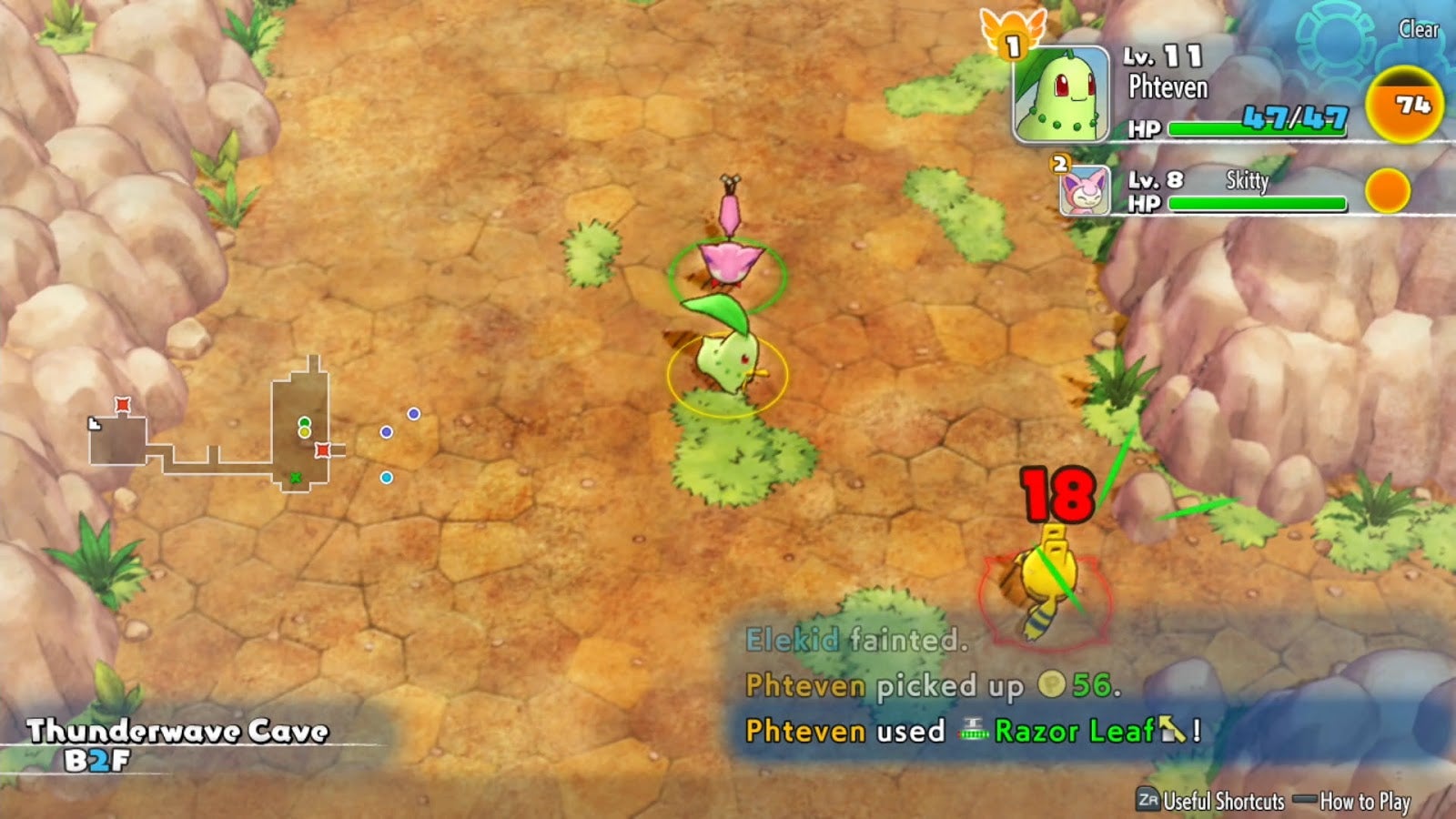 While there’s a story in the full game, the demo keeps things simple. Players take help requests from the board outside the post office. The requests require they explore the demo’s two dungeons, helping stranded Pokémon find their way out, escorting others to particular dungeon floors, or hunting for specific items. 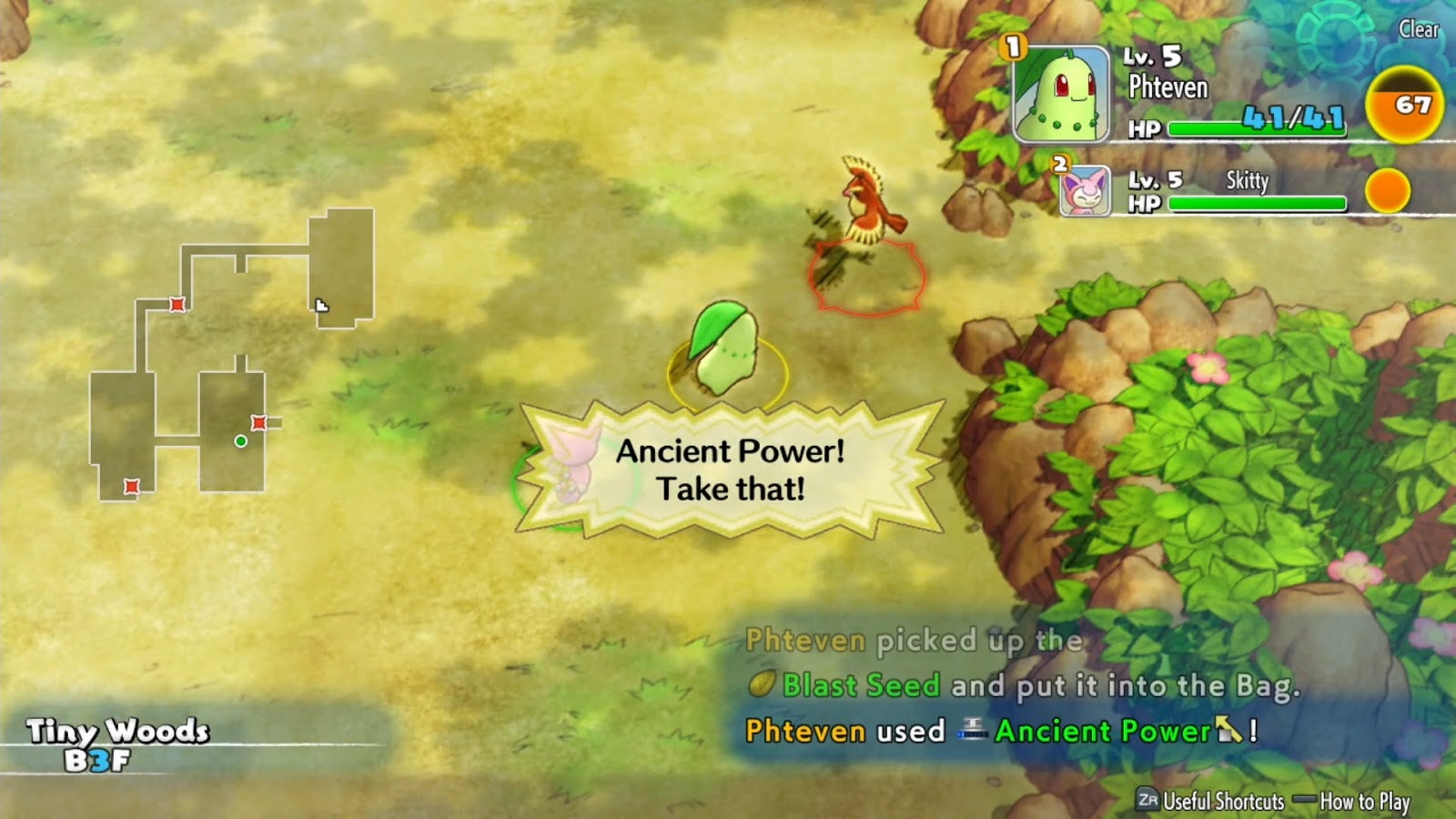 Pokémon Mystery Dungeon: Rescue Team DX looks really pretty, but it’s not likely going to be a game for everyone. Pure roguelikes like these can be frustrating and laborious to those not acclimated to their particular style. Fortunately there’s a demo available now, far in advance of the March 6 release, giving Switch players plenty of time to get their little poké toes wet.