The mobile version of Puzzle & Dragons is a gem-matching gatcha game. Players form teams of creatures and characters randomly acquired through roulette or special in-game events. Then they go into battle, matching gems to make the characters attack enemies, with attack strength determined by the number of gems matched. 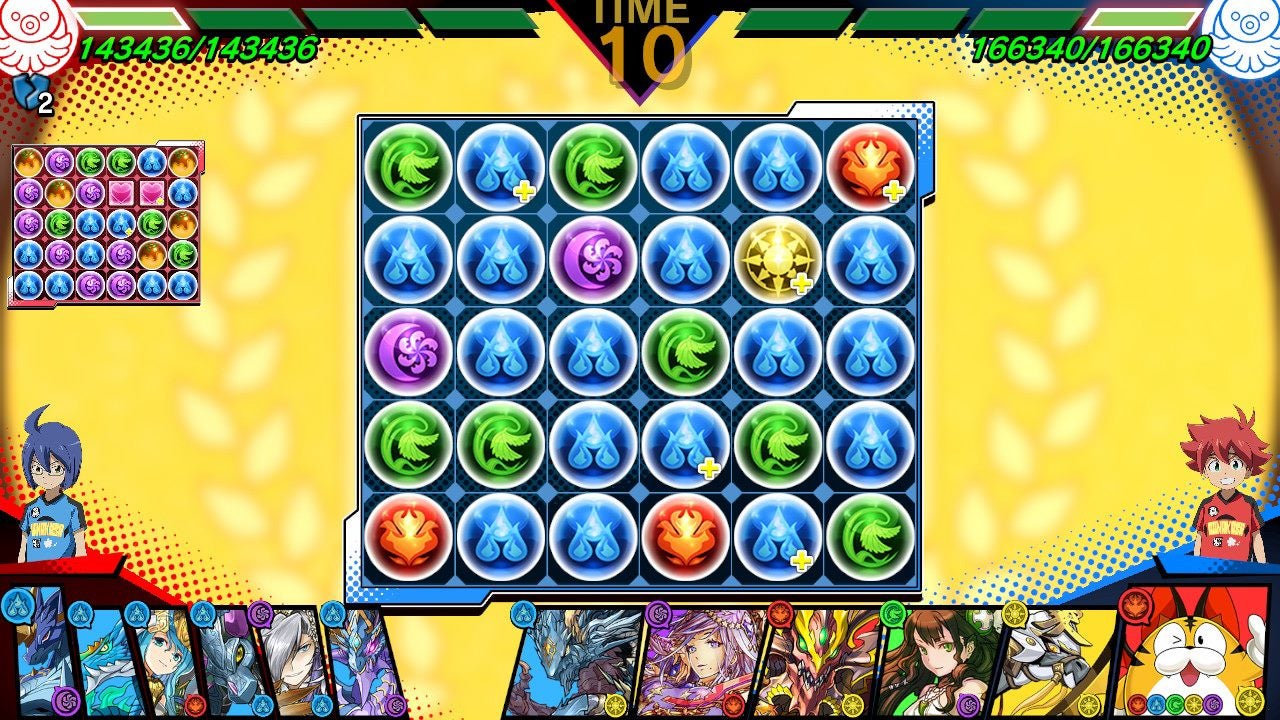 Puzzle & Dragons Gold has the gem-matching, but instead of random creatures, players battle against each other. In story mode, the player is pitted against anime characters. Battles are turn-based with two phases. First players activate any skills their team has available to use, which include effects like changing gem colours on the opponent’s board to adding bonus damage to matched gems. Then there’s the actual matching, a timed segment where players can move their gems about the board to make matches. Then damage is calculated. Battles last for eight rounds, and the player with the least health at the end of the battle loses.

The whole affair is centered around an anime I have never seen, so the characters in the single-player story mode mean absolutely nothing to me. Apparently in this world, Puzzle & Dragons is a competitive esport that draws massive crowds, instead of a game I’ve mostly played in the bathroom on my phone. 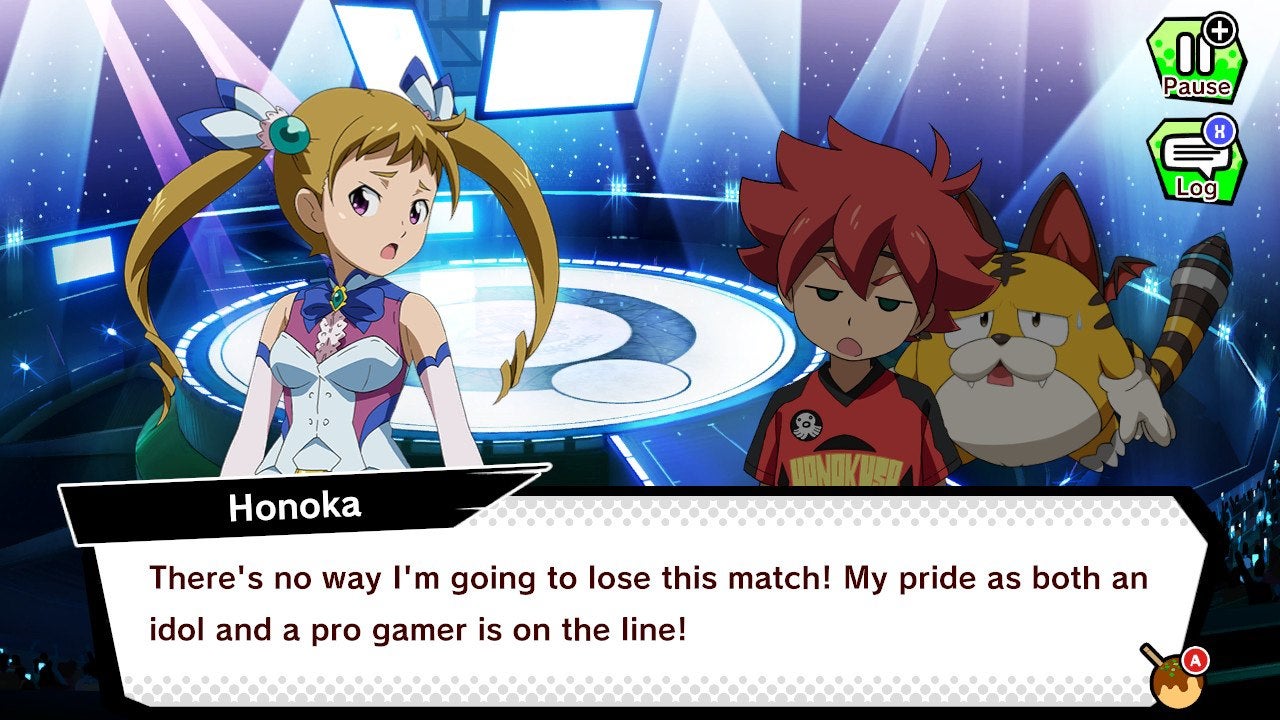 I don’t have to have seen the anime to appreciate the game art. Team leaders are beautifully rendered in 3D. 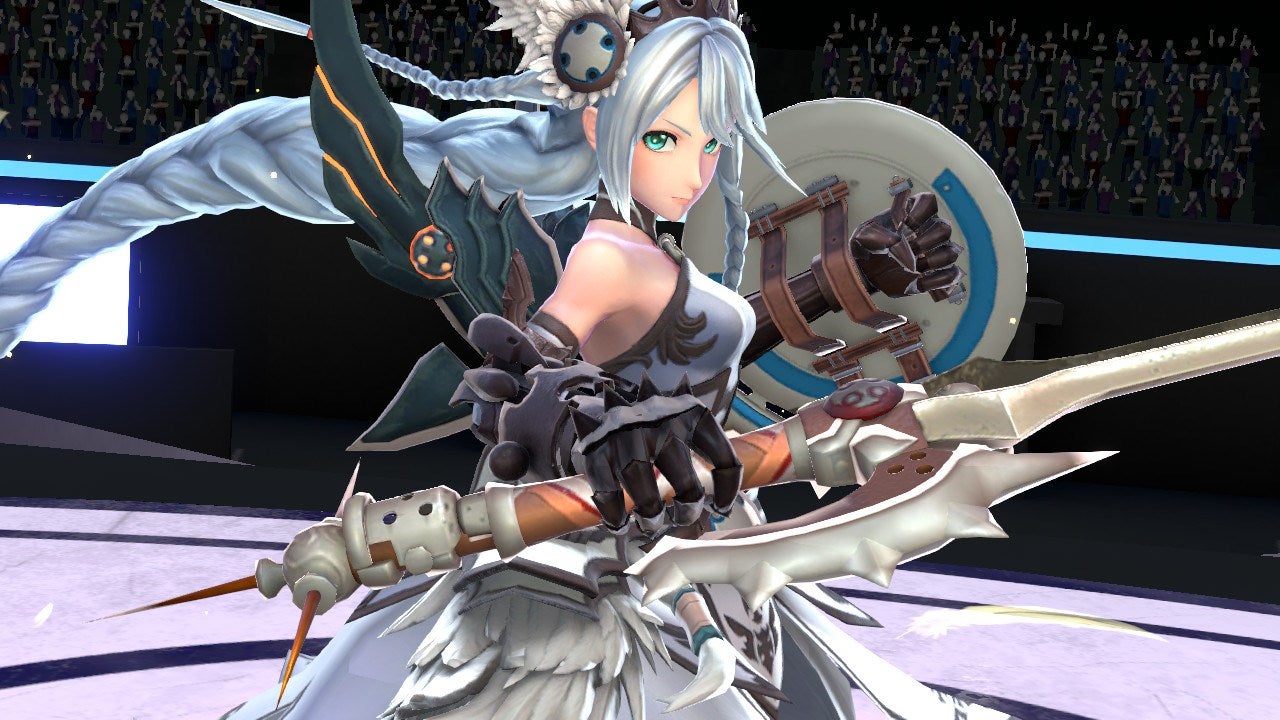 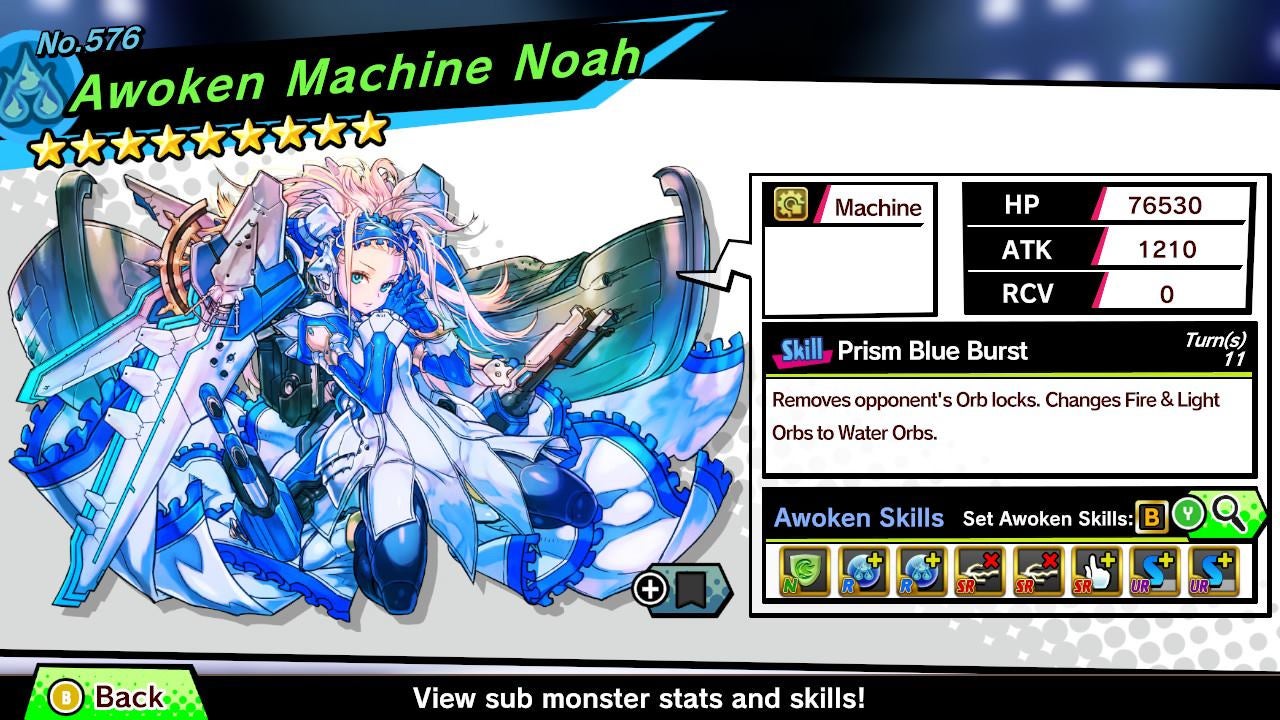 It’s weird playing a game so deeply tied to an anime series without being familiar with the anime, but I’ve played the mobile version of Puzzle & Dragons enough to get the basic gist. Collect monsters, form teams, battle pointy-haired characters or other people via online multiplayer. I can dig it.