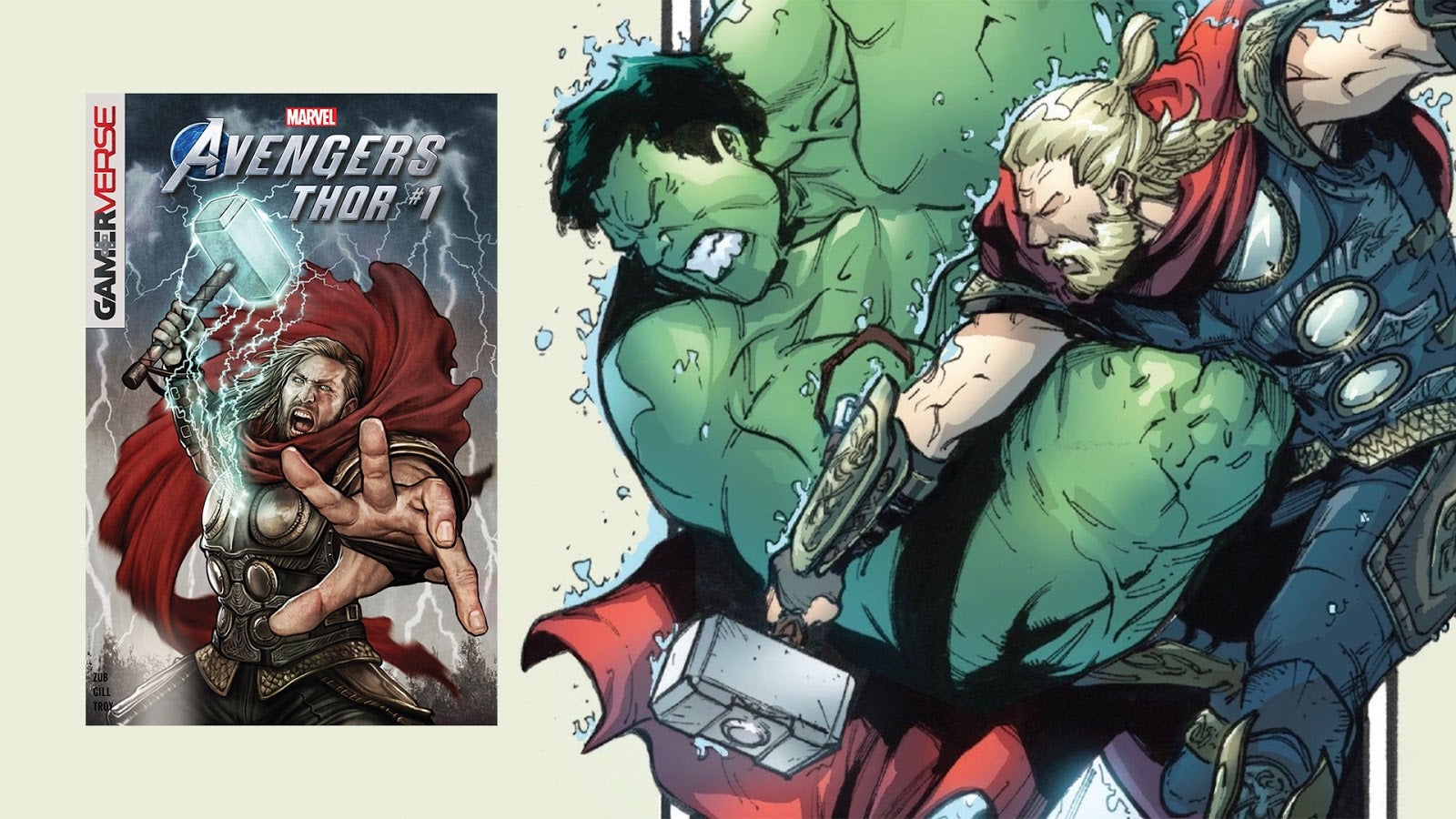 Last month’s Marvel Avengers: Iron Man comic established the Avengers in Square Enix’ upcoming video game as a superhero team rife with internal tension. In Marvel Avengers: Thor #1, out this week, Thor’s trickster brother Loki amplifies that tension into all-out brawl between two of Earth’s mightiest heroes. It feels more like a classic reprint than a new comic, and I dig it.

b with lovely art by Robert Gill, Marvel Avengers: Thor is about as classic a Thor story as you can get. When an experimental teleportation device being tested by Tony Stark and Bruce Banner fails, Thor opens a Rainbow Bridge pathway to his home of Asgard, offering the team an alternative form of transportation. 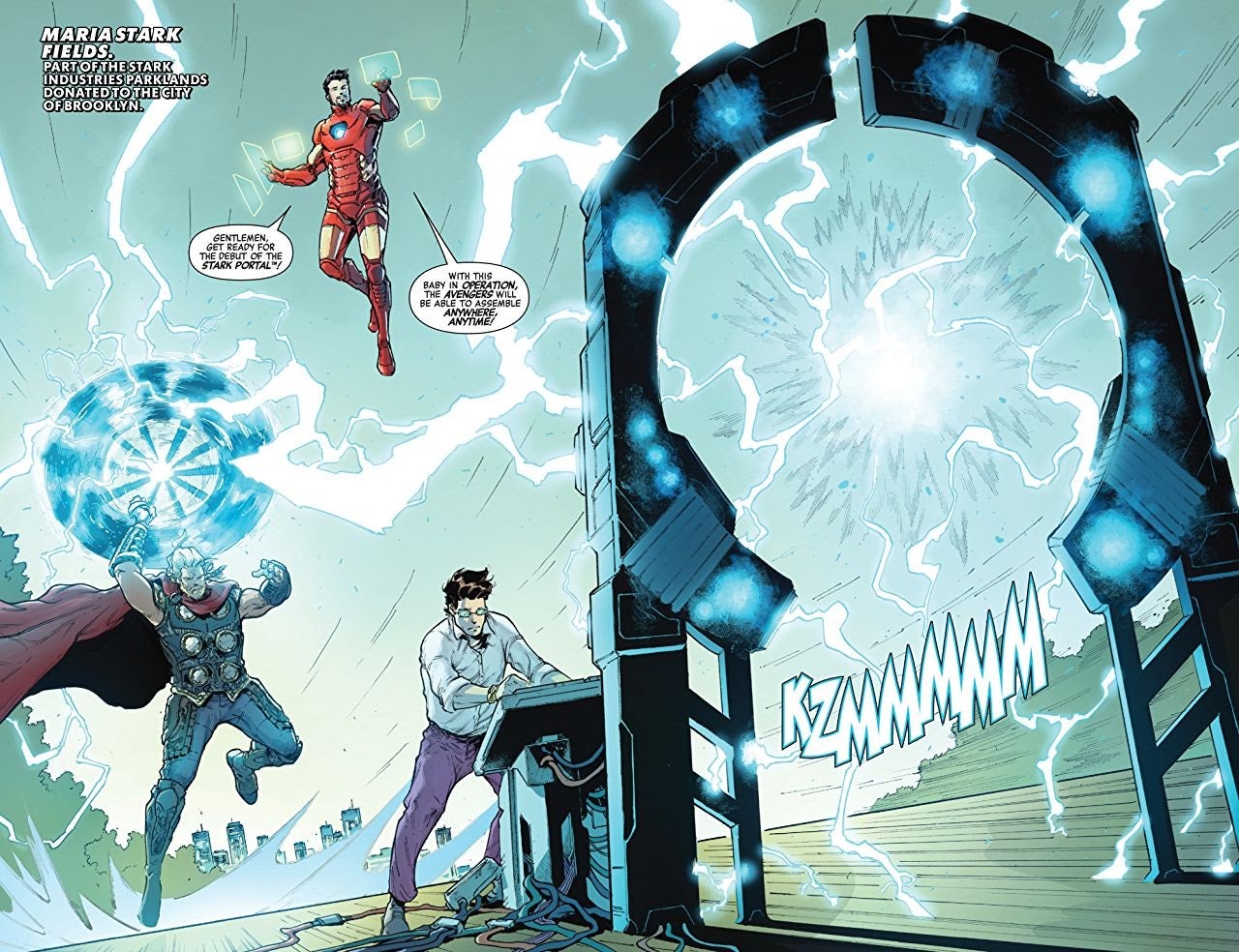 When Banner and Stark are too busy arguing over the cause of their device’s failure to marvel at Thor’s magical handiwork, the bemused thunder god attempts to close the Rainbow Bridge pathway, but it doesn’t close. That’s bad.

Stark, not one to meddle in matters magical, peaces out, leaving Thor and Bruce Banner to figure out the problem. What could possibly go wrong?

When things go wrong in a Thor comic, no matter the continuity, Loki is always the prime suspect. He’s exactly the kind of mischievous trickster who’d sabotage a teleportation device, keep a Rainbow Bridge portal from closing, and manipulate his headstrong brother into a knock-down, drag-out battle with Bruce Banner’s monstrous alter ego, the Hulk. 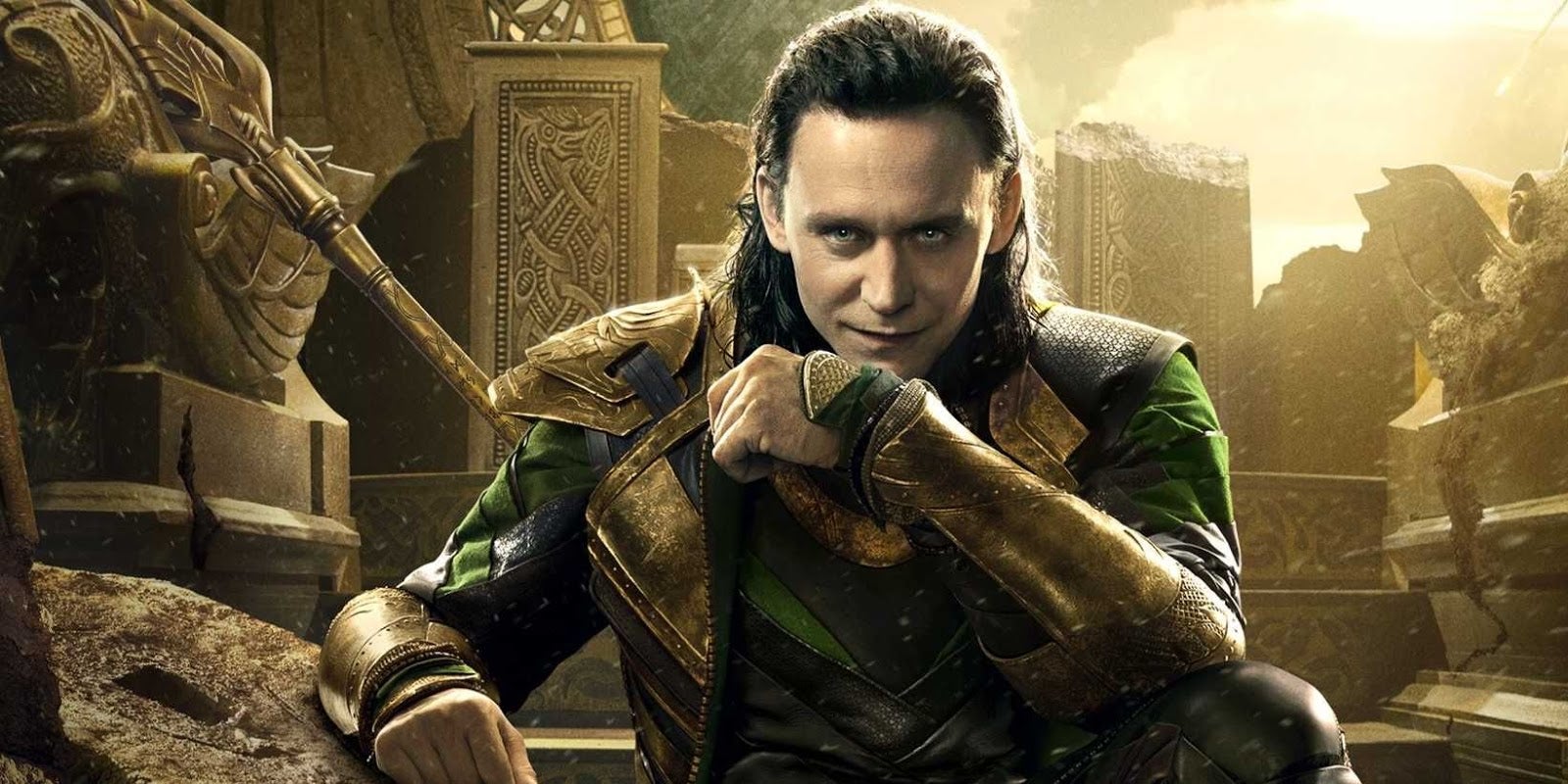 It’s just what he does.

Thor versus the Hulk, a timeless showdown between titans that never gets old. It’s my second-favourite Marvel Comics title card, just behind the Hulk versus the Thing. I love watching Goldilocks and Big Green punch their way across a major metropolitan area.

The fight in Marvel Avengers: Thor is particularly exciting thanks to the work of artist Robert Gill, whose rendition of heavy-hitting action is powerful and impactful. He’s channeling some old school Walter Simonson here, and I am really feeling it. 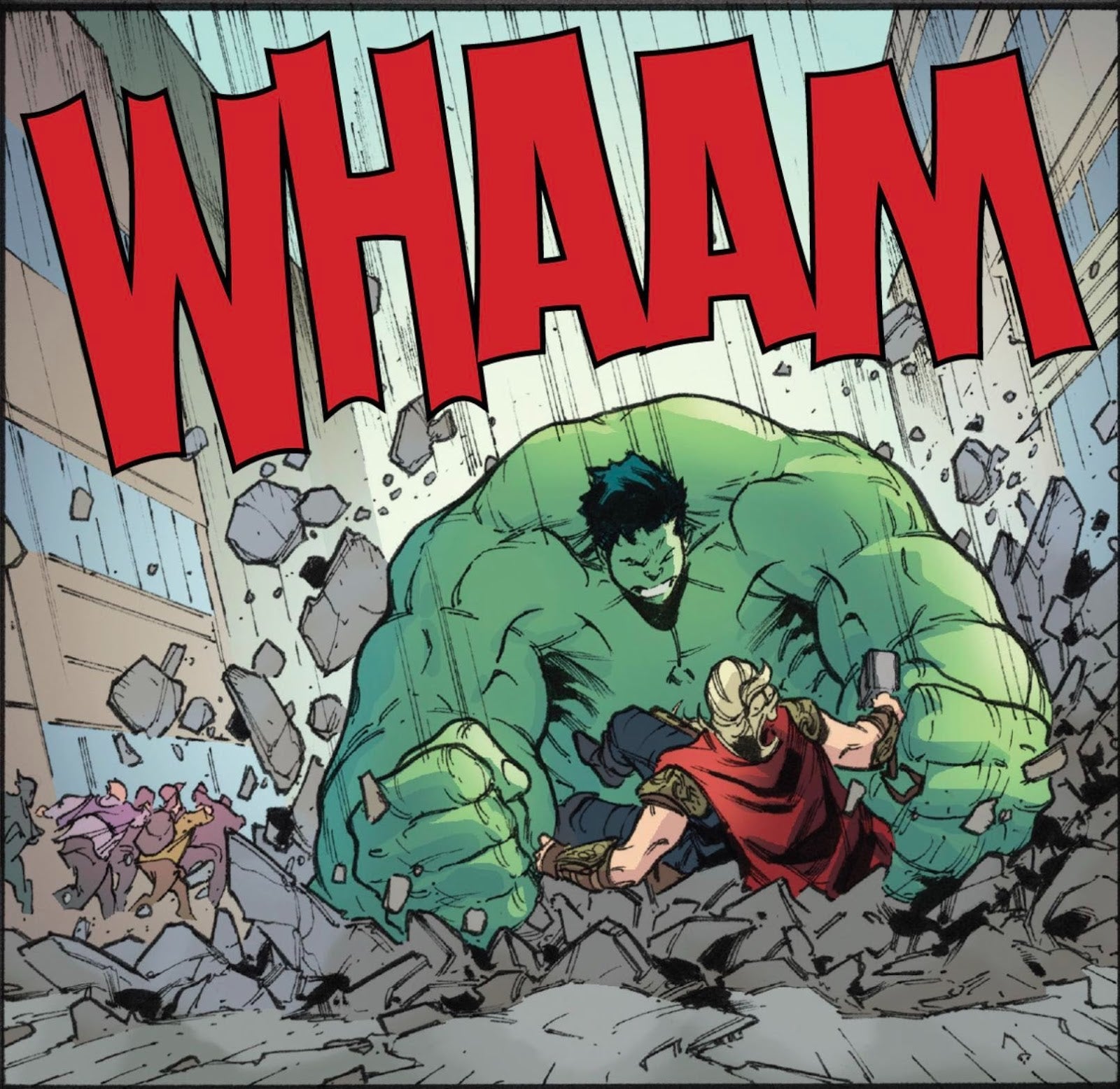 The action is exquisite, but it doesn’t last. Loki, the Marvel universe’s Trix rabbit, gets overly excited about his handiwork and reveals himself, Thor hits him with a hammer, and everyone lives happily ever after.

Except for the city of New York, which suffered millions of dollars of damage in the scuffle. The reputation of the Avengers suffers a pretty substantial blow as well. Looks like the comic book prequel series for Square Enix’ Avengers is setting up a world where the public isn’t all that upset when the superteam falls apart at the beginning of the game.