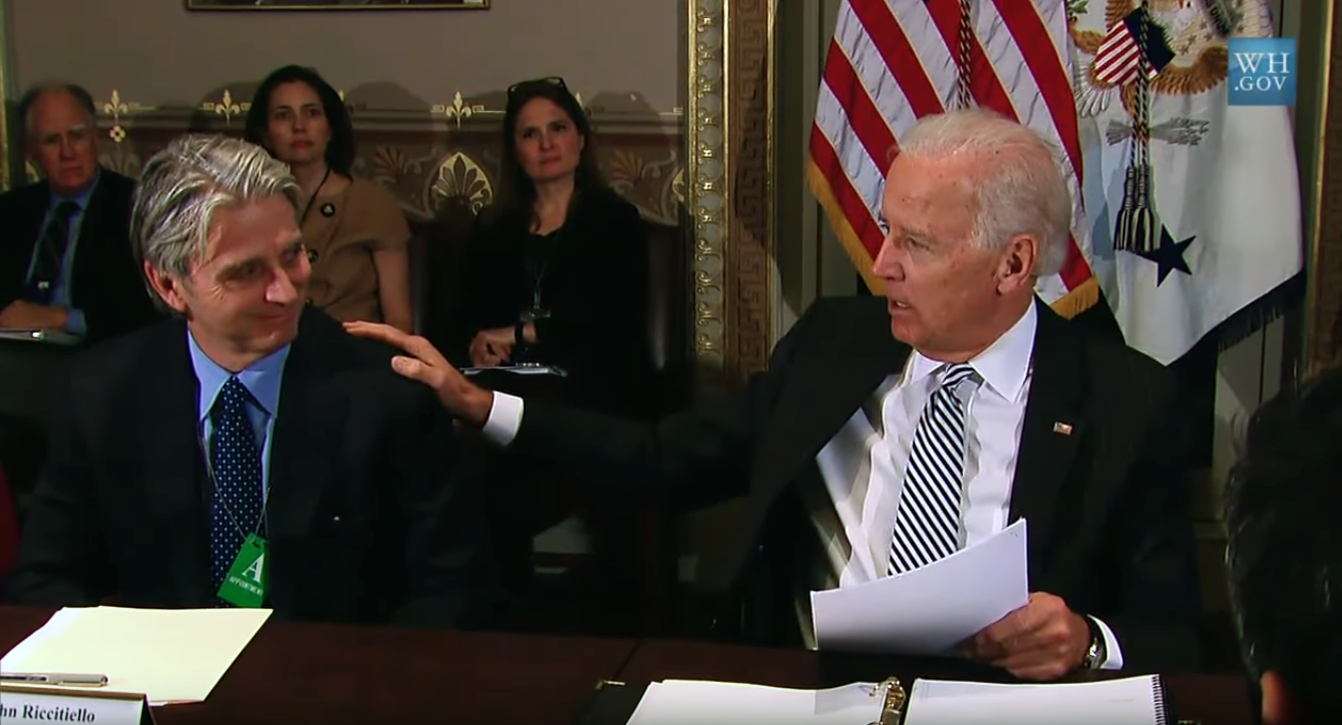 The New York Times published a sprawling interview with Vice President Joe Biden today in which the 2020 U.S. presidential candidate calls someone high up in the video game industry a “little creep,” and I’ve been thinking about it ever since.

The remark came during a conversation with the Times’ editorial board, which is made up of opinion journalists and is separate from its news organisation. The editorial board is interviewing all of the candidates for president as part of the process of choosing one of them to endorse later this year, and for the first time, it’s making those interviews public.

Here’s the full quote, in context.

[Joe Biden]: And you may recall, the criticism I got for meeting with the leaders in Silicon Valley, when I was trying to work out an agreement dealing with them protecting intellectual property for artists in the United States of America. And at one point, one of the little creeps sitting around that table, who was a multi- — close to a billionaire — who told me he was an artist because he was able to come up with games to teach you how to kill people, you know the ——

[Biden]: Yeah, video games. And I was lectured by one of the senior leaders there that by saying if I insisted on what Leahy’d put together and we were, I thought we were going to fully support, that they would blow up the network, figuratively speaking. Have everybody contact. They get out and go out and contact the switchboard, just blow it up.

And then one of these righteous people said to me that, you know, “We are the economic engine of America. We are the ones.” And fortunately I had done a little homework before I went and I said, you know, I find it fascinating. As I added up the seven outfits, everyone’s there but Microsoft. I said, you have fewer people on your payroll than all the losses that General Motors just faced in the last quarter, of employees. So don’t lecture me about how you’ve created all this employment.

OK, but who’s the creep? Biden doesn’t say, and Warzel said later on Twitter that he didn’t get a chance to follow up. At the risk of spoiling the ending: We can’t figure out who it is. But here’s who it could be.

In the interview, Biden had referenced a meeting with “Silicon Valley leaders” about “intellectual property.” This could be a December 2009 meeting with entertainment companies to discuss copyright infringement protections. According to the official list of attendees, the only video game adjacent person at that meeting was Michael Gallagher, then the head of the game industry’s umbrella organisation, the Entertainment Software Association. Although the ESA doesn’t make games, perhaps Gallagher was defending the rights of game designers as artists.

But wait! Another clue in the passage seems to rule that meeting out, since Biden says the meeting involved discussing “what Leahy’d put together,” a reference to senator Patrick Leahy of Vermont, who introduced the PROTECT IP Act in 2011, which was controversial legislation to combat copyright infringement. Tech companies hated it, which might count as the “criticism” Biden mentions, and it also resulted in the U.S. Vice President having a mini-summit with Silicon Valley leaders in January 2012.

That meeting is notable not only because it lines up perfectly with the height of the SOPA debate, but also because Biden specifically refers to a meeting in which all the big tech players were present except for Microsoft. According to the Palo Alto Weekly, Apple, Netflix, Facebook, and Google were all there, as well as Electronic Arts, Zynga, DreamWorks, and Symantec—but no Microsoft.

If this was the meeting in question, then Biden might have been talking about either Zynga founder Mark Pincus or EA’s then-CEO John Riccitiello, both of whom were in attendance. Of the two, Riccitiello, as head of a company that made triple-A violent video games and not FarmVille, would be the likely target of Biden’s ire.

Then again, should we be taking Biden’s outburst at face value? Maybe he’s conflating two meetings. A year later, Biden sat down with a room full of video game executives to discuss gun violence following the Sandy Hook Elementary School shooting. This seems like a more appropriate venue for a heated conversation about the artistic merit of violent video games, versus the 2012 dinner meeting which was ostensibly about copyright protections.

Adding to the “Biden’s conflating two meetings” theory of the case is the fact that both Gallagher and Riccitiello were also at this meeting, seated to Biden’s left and right. But so were representatives from Epic Games (Mike Capps), Bethesda parent company ZeniMax (Robert Altman), and the Entertainment Software Ratings Board (Patricia Vance). But there’s nothing specific to suggest that it was any of them.

Joe Biden’s campaign did not immediately respond to a request for comment.