The first gun you pick up in a shooter is very important. It tells you a lot about the game. In Wrath: Aeon of Evil, the first gun you get is a chunky and powerful revolver that can also shoot three bullets at the same time, turning it into a mini-shotgun. So yeah, Wrath is good. Really good. (And not just because of that first gun.)

Wrath is another retro shooter, a type of game we are getting more and more of these days. But unlike something like Dusk, which is built in Unity, Wrath is instead being developed in the original Quake Engine. I love Dusk, but Wrath using an old engine lends it a certain feeling. From the way it moves to the way it looks, it feels more like a genuine old school shooter.

But what I love about Wrath is how it mixes new ideas and old gameplay together into a single, action-packed experience. Yes, like most shooters from back in the day, you get a large selection of weapons and run around collecting keys and unlocking doors. But you also have powerups that you can collect and activate whenever you want. There’s a simple, but well made in-game journal containing lore and objectives. Maps are bigger and more sprawling than something made back in the 90s and allow for more exploration. 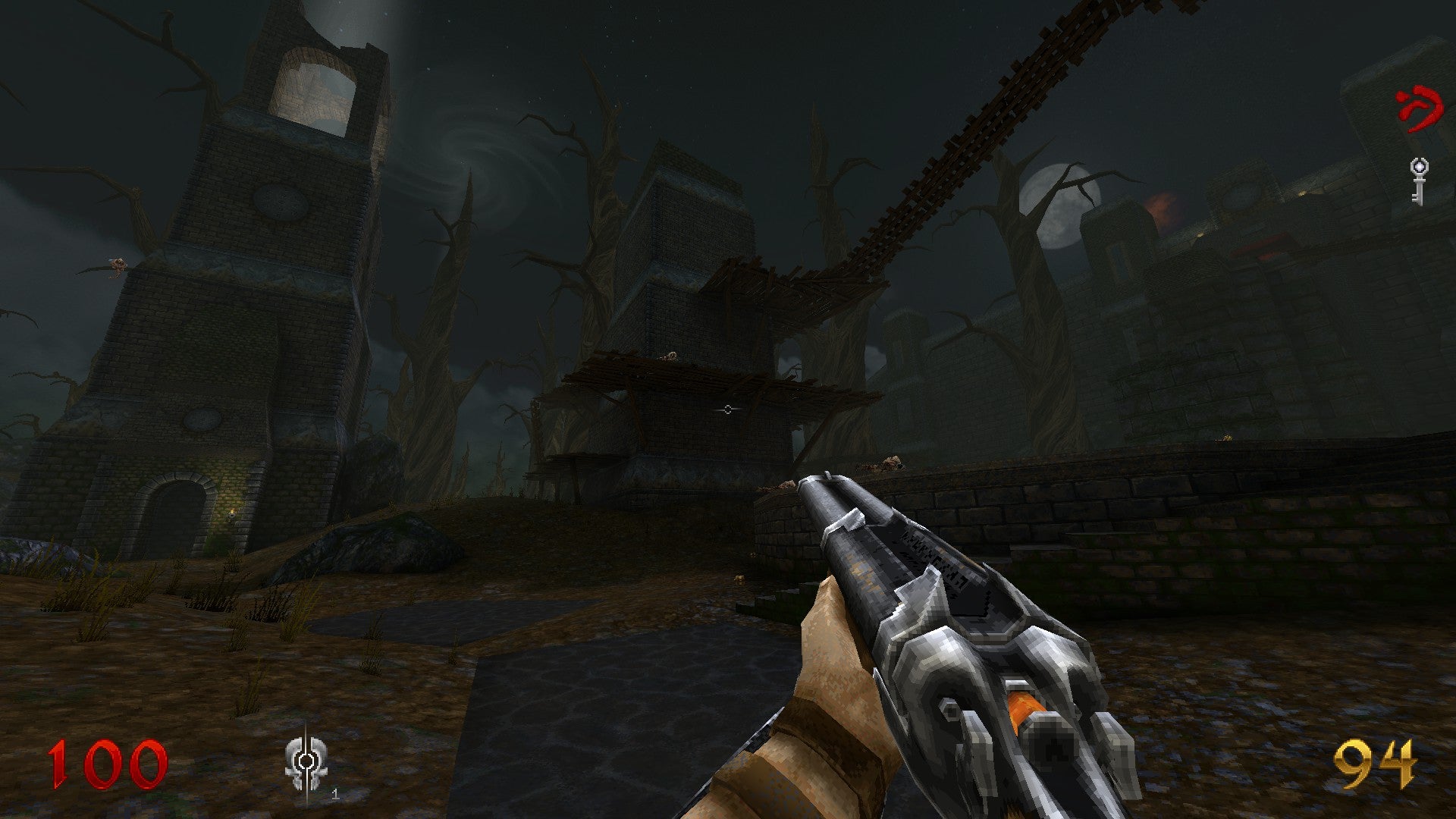 My favourite example of mixing old and new is how saving works. In a lot of older shooters, you didn’t have autosaves. If you died in a level, you restarted it or maybe were sent back to a checkpoint, if the game supported that. Wrath also uses no checkpoints or autosaves. But it does feature saving. If players find floating ghost skulls they earn the ability to mark a spot and save the game right there. These are one-use items and only one marker can be saved. So after a tough fight, you can toss a marker down, saving your progress, but if you run into a big bad boss after that and have no marker, you can’t save.

If this sounds frustrating, it really isn’t. The game gives out just enough markers that most players will be fine, assuming you don’t use them the moment you get them. What’s great about this mechanic is that you can just ignore the markers and never use them. So if you hate the idea of saving anywhere in old games or mid-level, you don’t have to. 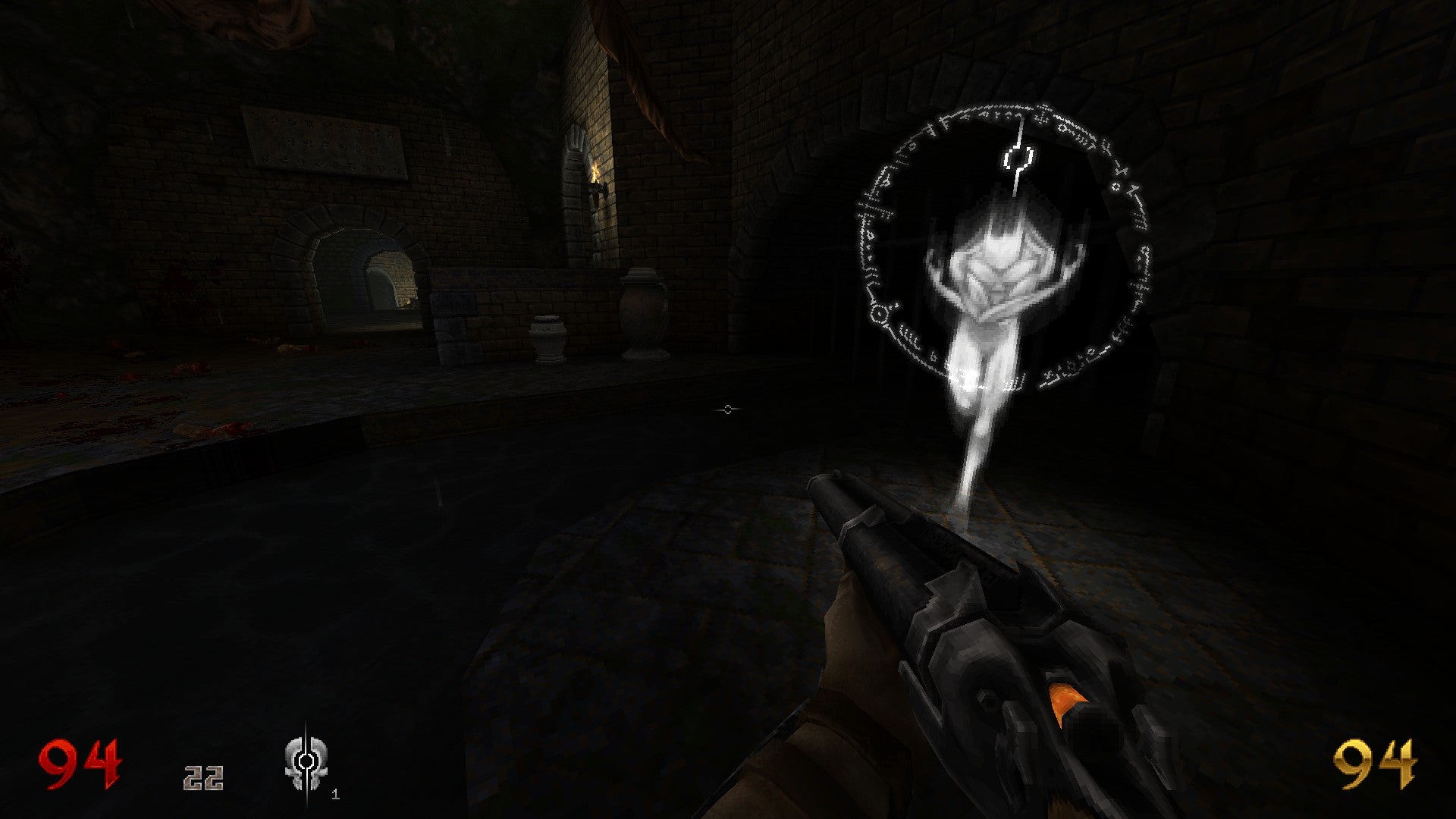 As for the moment to moment gunplay and combat, it’s fantastic. The weapons all feel great and each one has a secondary function. The shotgun can also be used as a long-range canon that you have to charge up before firing. The Gatling gun, which is a strange organic thing that shoots spikes, can also fire two spikes at once slowly, doing more damage.

The best secondary ability is found on the melee weapon, which is sort of like a large hidden blade from the Assassin’s Creed series. (It also reminds me of the melee weapon in the upcoming Doom Eternal.) 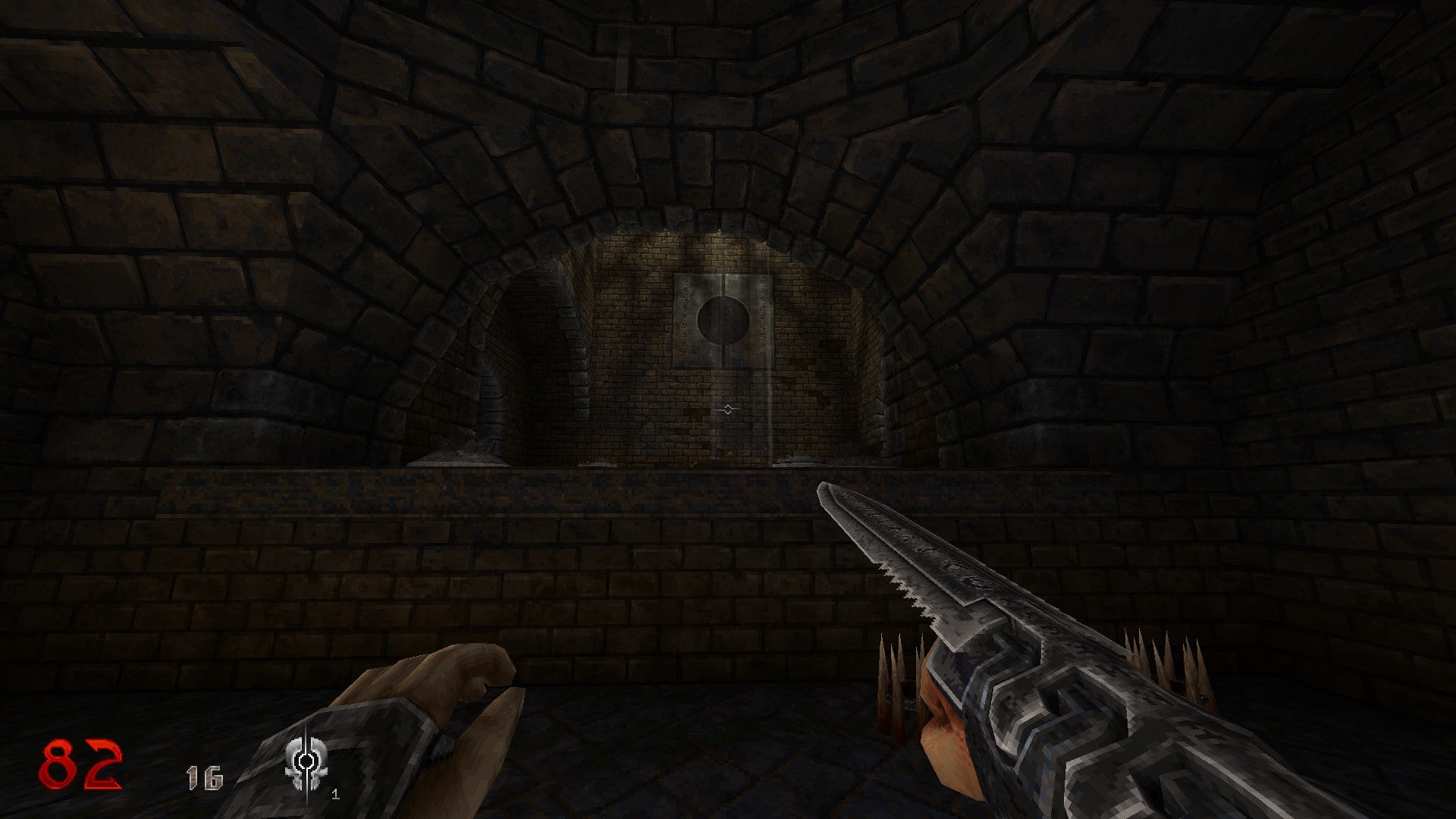 If you charge the secondary attack you fly forward a bit. Combine this with a jump and you can get to new areas or skip downstairs and hills quickly. If Wrath becomes a popular game among speedrunners, I can already see this weapon becoming very useful in shaving off time.

Currently, the first episode of Wrath is available in Early Access on Steam with the rest of the game planned to drop later this year. Even with only the first episode and a few levels and enemies, Wrath has my attention.