Ari North’s sci-fi queer romance Always Human began life as a WebToon series back in 2015, but now it’s being released as a GLAAD-sponsored graphic novel. We’ve got a reveal of the cover, as well as a peek at some of the colourful, gorgeously drawn, anime-esque interior pages.

In the near-future, people use technology to give the illusion of all kinds of body modifications—but some people have “Egan’s Syndrome,” a highly sensitive immune system that rejects these “mods” and are unable to use them. Those who are affected maintain a “natural” appearance, reliant on cosmetics and hair dye at most to help them play with their looks.

Sunati is attracted to Austen the first time she sees her and is drawn to what she assumes is Austen’s bravery and confidence to live life unmodded. When Sunati learns the truth, she’s still attracted to Austen and asks her on a date. Gradually, their relationship unfolds as they deal with friends, family, and the emotional conflicts that come with every romance. Together, they will learn and grow in a story that reminds us no matter how technology evolves, we will remain . . . always human.

Here’s the full cover, followed by a glimpse inside Always Human. 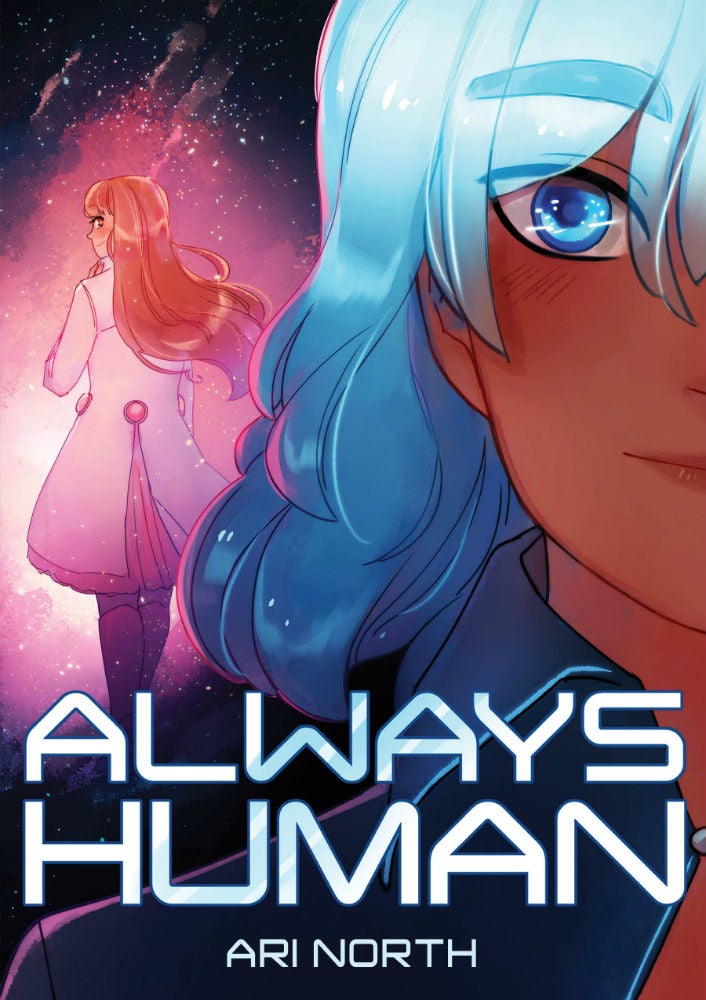 And here are the first batch of interior pages! 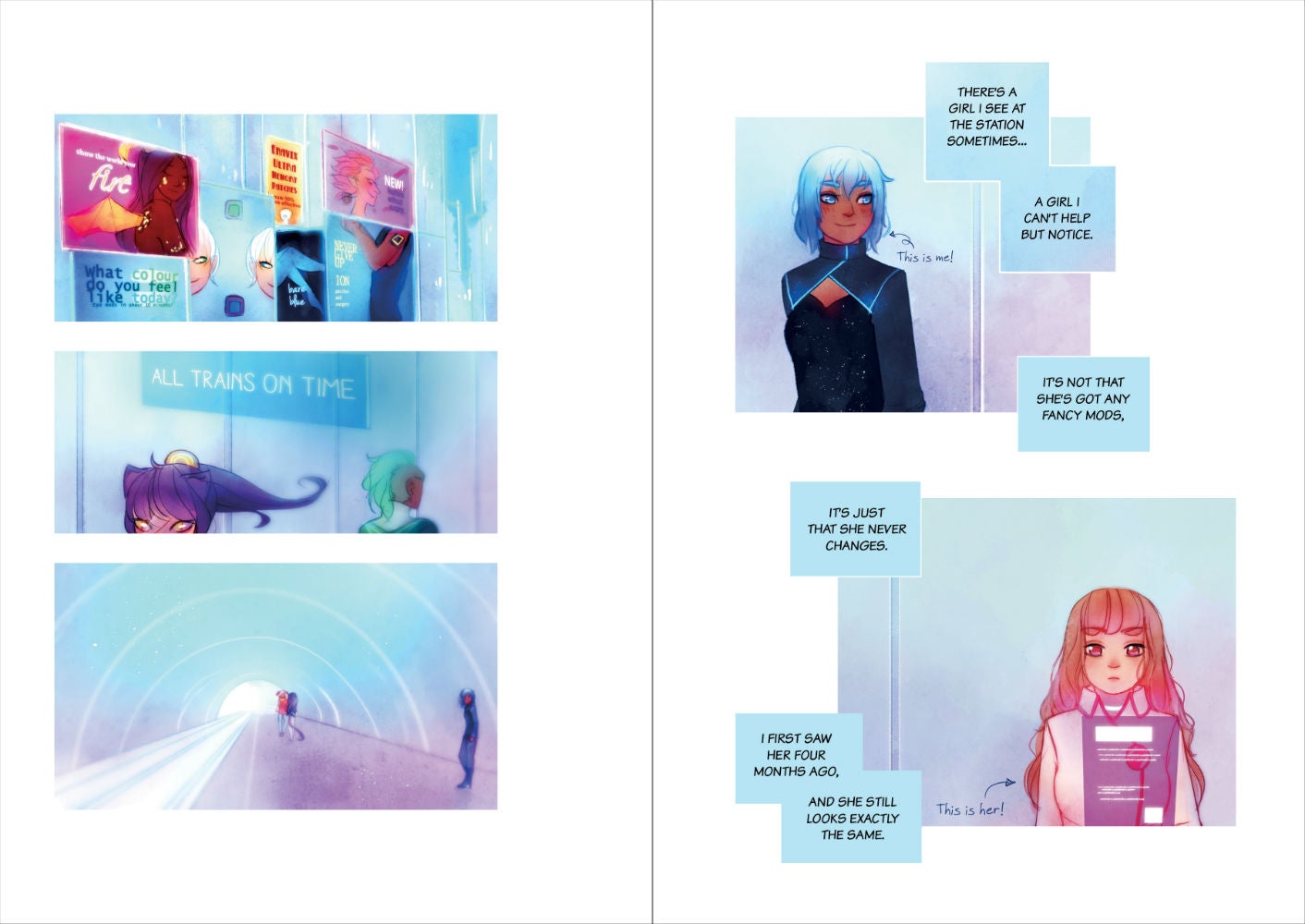 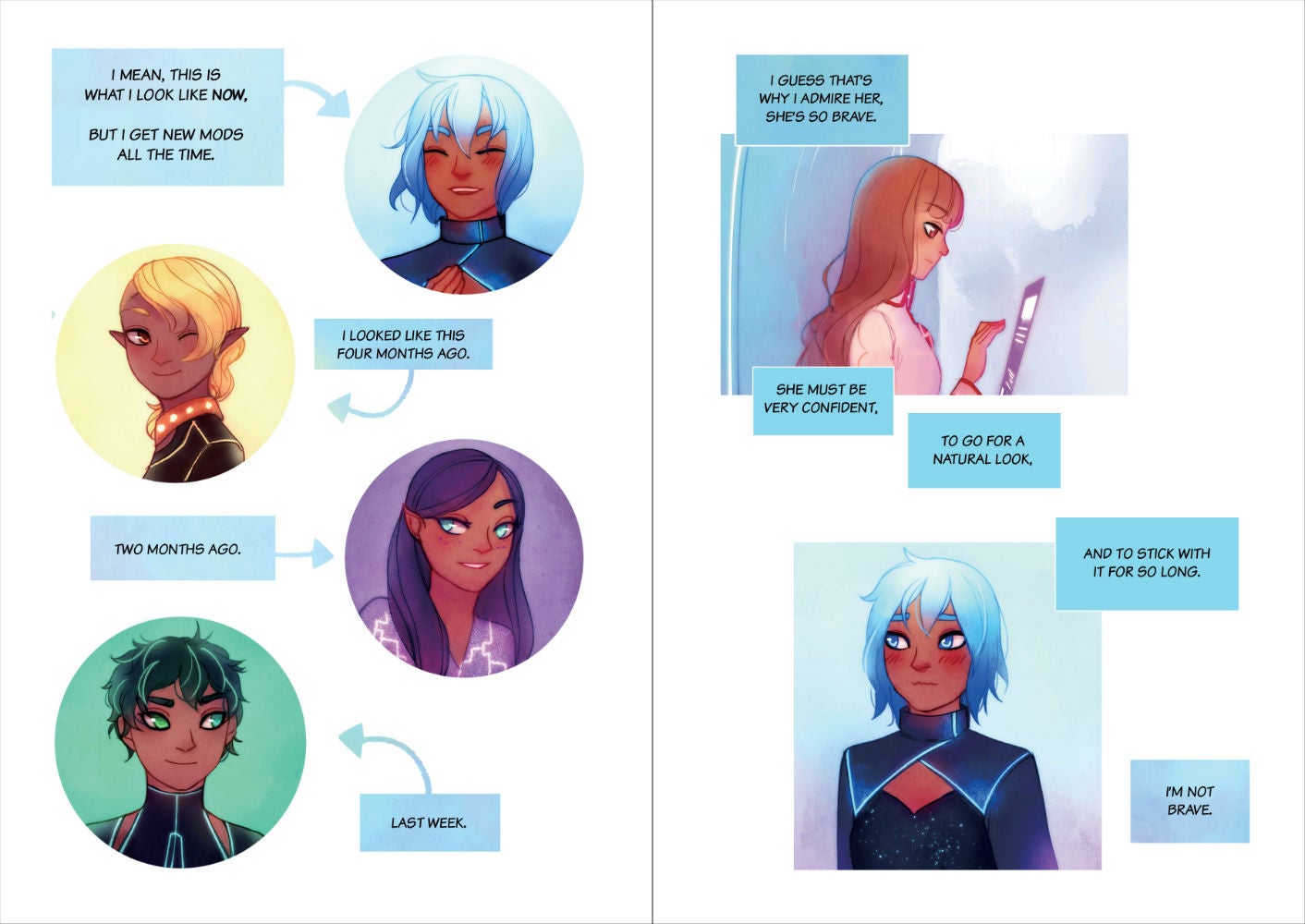 And finally, another peek inside the book; this scene happens a little later than the sequence above. 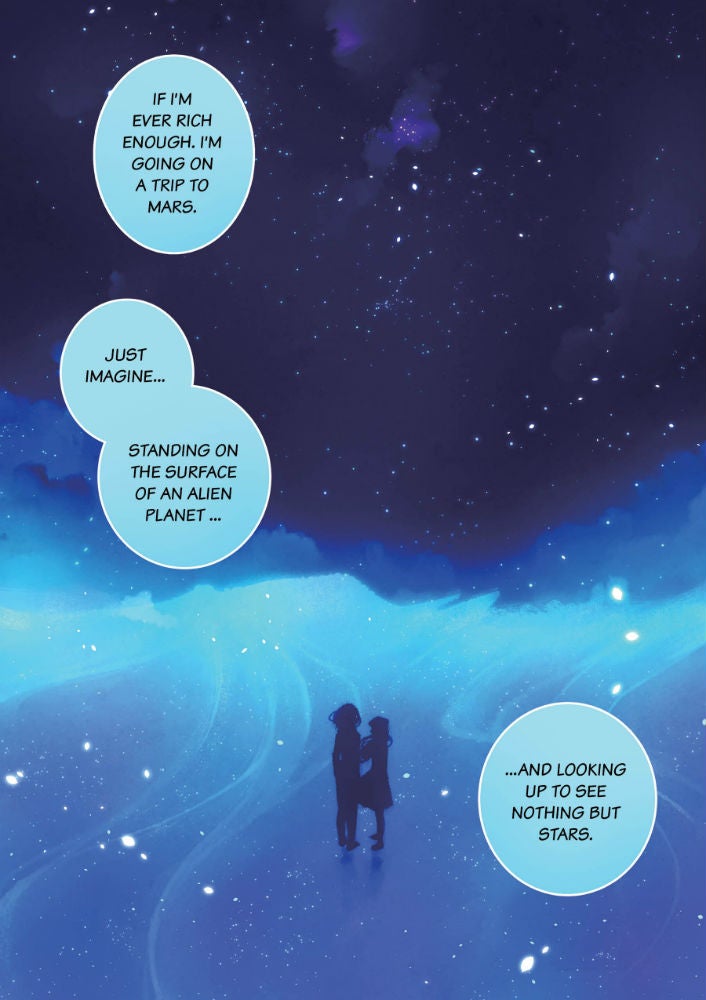 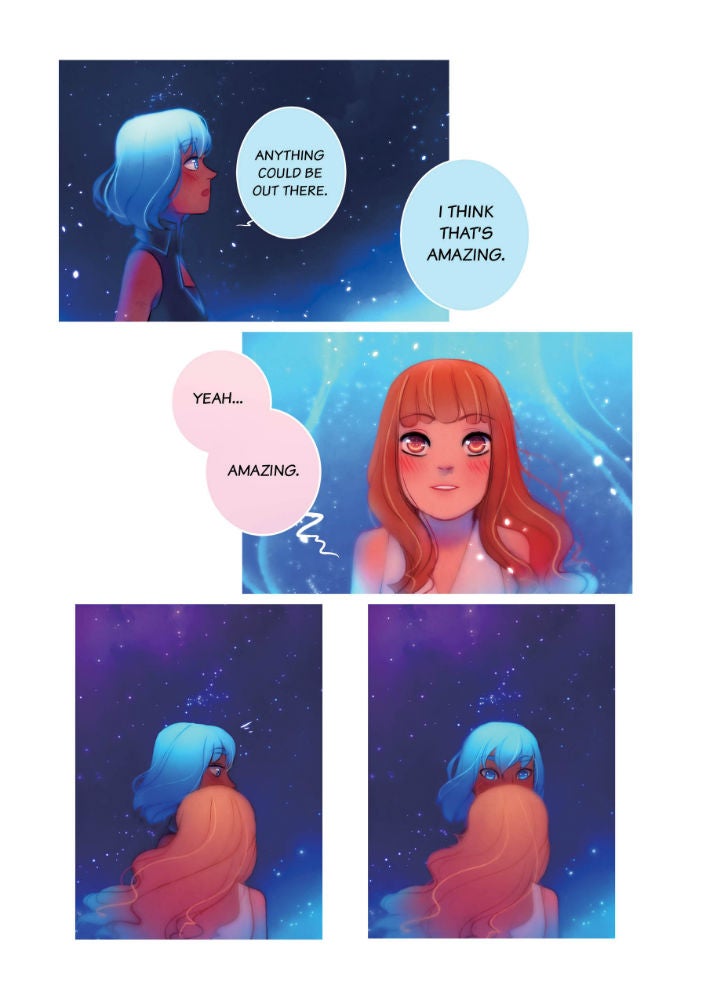 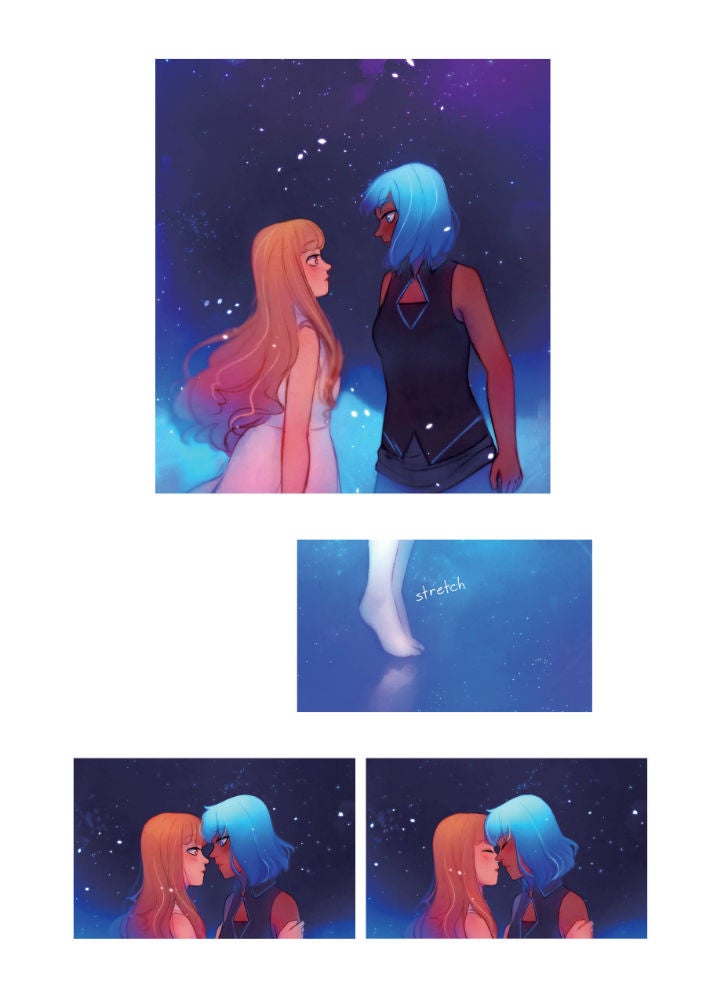 Always Human will be out May 20, but you can pre-order a copy right here.