Your Old Funko Pop Figures Could Be Worth A Fortune

Whether it was a gift from a well-meaning friend or an impulse purchase, many of us have a Funko Pop Vinyl or two sitting at home. These dead-eyed toys have taken on a life of their own, with licensed collectibles from nearly every major pop culture franchise, including Harry Potter, Rick and Morty and Star Wars. But if you come across one in your end-of-year clean, think twice about tossing it away. After all, it could be worth a small fortune.

There are a couple of things you’ll want to watch out for when organising or sorting Pop Vinyls. If you’re unfamiliar with them, the black-eyed, squat designs are usually a dead giveaway. If they come with a box, they’ll be even more recognisable. 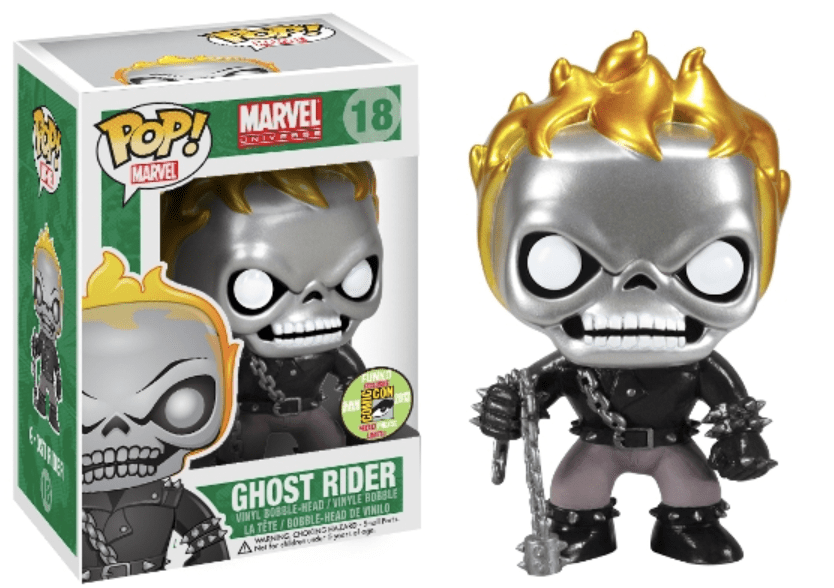 With a box handy, the first thing to look for is stickers in the lower right corner of the box. They’ll often indicate if a Pop Vinyl is rare. For example, if a Pop Vinyl has a “Chase” sticker on it, that means it’s a lot rarer than a regular Pop Vinyl.

What is a Chase Pop Vinyl? 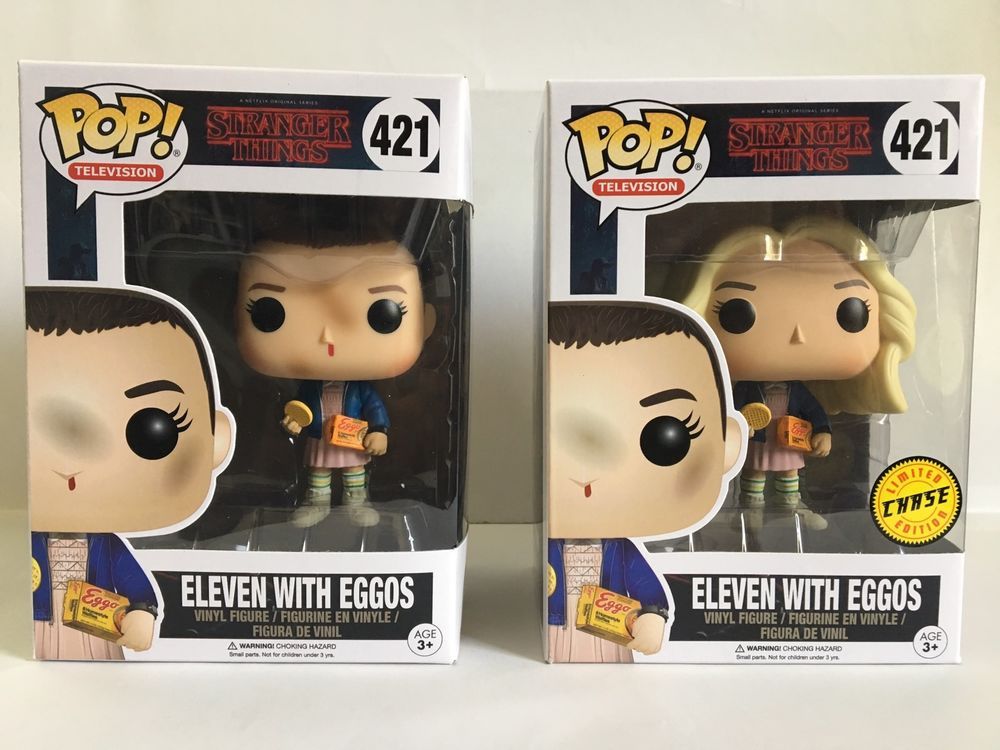 A “Chase” is a variant of a Pop Vinyl that has something different about it. This can be a different coloured piece of clothing, a different object held in its hands, or a completely different mould, like this Eleven chase from the Stranger Things set with a blonde wig. Generally, Chase Pop Vinyls are produced in a 1:6 ratio to a regular Pop Vinyl, although only select pop vinyls will come with a chase variant and some are produced at rarer ratios, like 1:24. This makes them much harder to find, and more valuable.

Chase Pop Vinyls can usually be bought by chance at retail, or by pre-ordering. While they retail for regular price and share the same SKU, they are immediately more valuable, and shoot up to around the $70 mark the moment you walk out of a store. While some are worth less, purchasing a Chase Pop Vinyl in stores is a near-guarantee that your Pop Vinyl will be more valuable.

It goes without saying, but if you come across a Chase Pop Vinyl in your holiday cleaning and you no longer want it, don’t throw it away. Check the market price on PopPriceGuide, or search eBay for local listings. (Note: PopPriceGuide is based on U.S. prices, but it should give you a good idea about how much your Pop Vinyl is worth.)

Other than Chases, there’s also another rare type of Pop Vinyl — Convention Exclusives. These will be marked with one of many stickers indicating that it was released at a specific convention (usually a large U.S. one like San Diego Comic-Con).

What is a Convention Exclusive Pop Vinyl? If you’re holding onto one of many Dragon Ball Z Convention Exclusives, it’s likely that you’ve got an item worth over the $100 mark. These are some of the most popular Pop Vinyls because the franchise has such a rabid and passionate fanbase.

As with Chases, it’s important to hop online to your local Pop Vinyl price checker and find out how much your bounty is worth. While not every Pop Vinyl you own will be worth a lot, many older ones will be because the moulds used to make them have been decommissioned — a process known as “vaulting”. A Vaulted Pop Vinyl is one that is no longer being made, and is usually (but not always) rarer because it’s no longer being produced.

What other Pop Vinyls are rare?

Beyond Chase Pop Vinyls and Convention Exclusives, some unmarked Pop Vinyls are also rare simply because they’re older, scarcer or no longer sold. The original mould of Ursula, from The Little Mermaid is one of the rarer “plain” Pop Vinyls on the market and can sell from $300 and above. This is because she was harder to find at retail and presumably produced in lesser quantities than Disney Princess Ariel, of the same set.

Pop Vinyls usually become more expensive and desirable with time and scarcity, so many of the original Pop Vinyls produced pre-2015 (before Pop Vinyls saturated the toy market) can be sold at a higher price.

Some Pop Vinyl sets are wildly more popular than others, like the Dragon Ball Z sets. This is based directly on fan demand, and varies by how mainstream or niche a franchise is. For example — the vast majority of the WWE Pop Vinyl series is valuable because it has a fanbase deeply invested in merchandise and toy collecting. Many of the anime lines are rare for the same reason. If a character or series is popular, but not exactly mainstream, there’s a fair chance its Pop Vinyl line will be rare.

What’s the difference between new and old Pop Vinyls?

Older Pop Vinyls can largely be differentiated from their newer rivals by the head shape and overall design of characters.

While the Pop Vinyls of modern days feature bold colours, dynamic posing and better materials, many of the original Pops were plain and featured muddy colours, rounder heads and larger eyes, as well as having a more plasticky feel. Take for example, these two Pop Vinyls of Buffy, from Buffy the Vampire Slayer. The left was produced around 2015, while the right was produced in 2017. 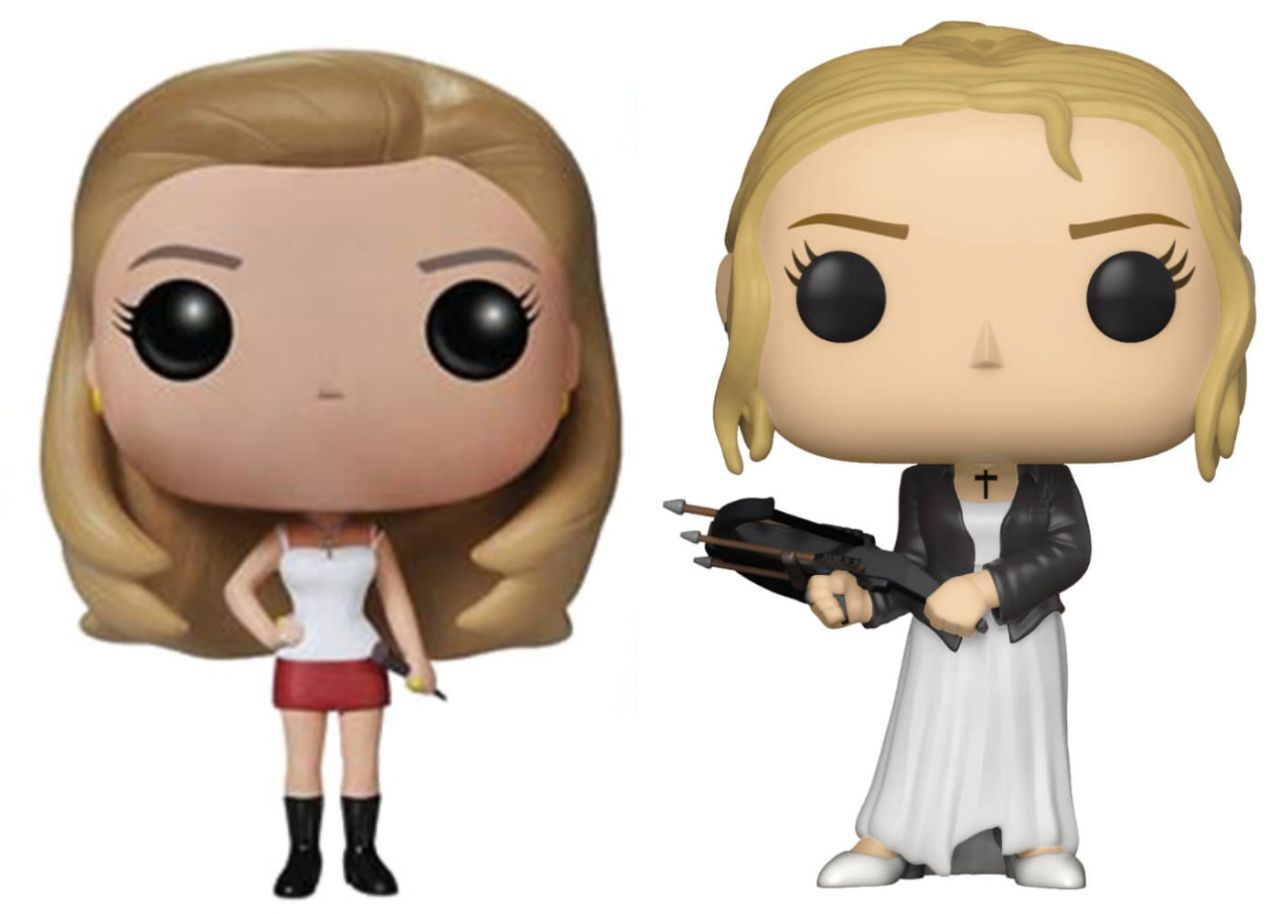 The Buffy on the left usually retails between $40 to $50, so while it isn’t extremely rare, it is still doubly more expensive than its original retail price. If you owned the Spike character from the same Buffy the Vampire Slayer set, you’d be able to sell him for over $400. The ‘Wishverse’ version of Willow retails for upwards of $150.

It’s hard to determine exactly which characters become rare, so purchasing for the purpose of selling on is a difficult art, but discovering a Pop Vinyl that’s sitting in your back cupboard is rare is a welcome surprise. Make sure to consider this before cleaning out your cupboard and throwing away what could be a veritable goldmine.