A Hectic Management Sim About Sanitising The Nightly News 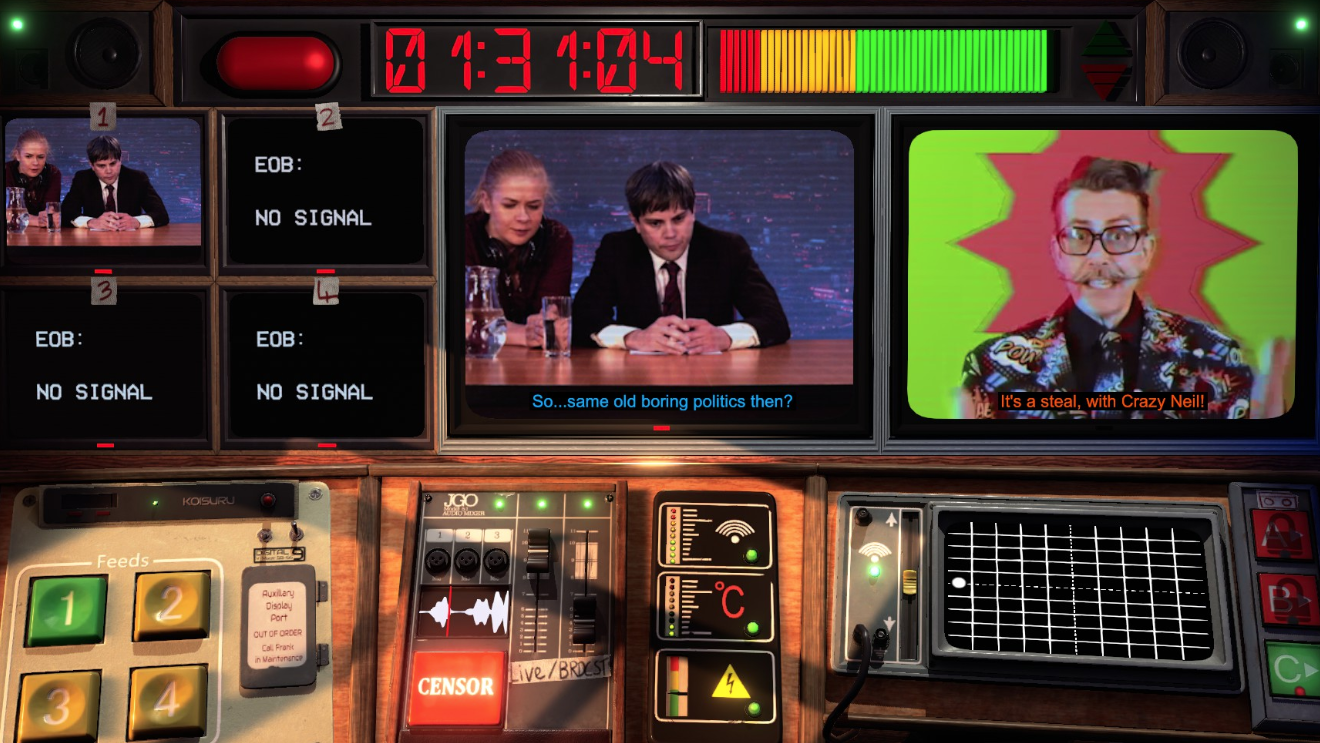 In Not For Broadcast, a new left wing government comes to power, with the threat of police crackdowns looming on the horizon. My job is to make it all palatable for the masses by seamlessly packaging the changes together with celebrity scandals and mind-numbing ads. While Not For Broadcast flounders as a political parable, its intricacies are a lot of fun to navigate.

Developed by UK-based NotGames and TinyBuild, Not For Broadcast is a propaganda sim that went into early access on Steam last week. You play the role of a janitor who finds themselves in charge of the control booth for a nightly news program. The show’s producer can’t be bothered to show up for work, but they’re always just a phone call away to teach you the ins and outs of 1980s broadcast journalism.

Each night is broken up into three segments acted out with real-life people in short FMV scenes. An anchor reads the headlines, a correspondent interviews someone of note, and occasionally manage the direct feed of live events. You watch all of this happen on two monitors, one taking place on a slight delay, during which you’re able to bleep out curses, move between cameras to highlight whoever’s talking, and play with a dial to keep the station’s signal from deteriorating. A ratings metre acts as a health bar. Let ratings slip too low and you’ll be fired. Keep people glued to their screens with graceful editing and you’ll win extra funds for upgrading equipment.

While some of your editorial choices have clear consequences—letting the camera linger on the same person for too long will send ratings into a nosedive—others are less obvious. A mini-game that has you select images to accompany headlines during a broadcast’s opening segment provide an opportunity to frame how the public will interpret them. Do you show a newly appointed CEO graduating from university or gambling at a casino? Is a short readout on government powers best accompanied by an image of gang members or police standing in a line decked out in riot gear?

Not For Broadcast suggests that these choices might influence how the newly elected government’s agenda will unfold. At one point your producer mentions the possibility of eventually needing to censor more than just dirty words, but with only the first three of ten eventual chapters included in the game’s current version, it’s not clear yet how the moral calculus you bring to bear on daily events will evolve. 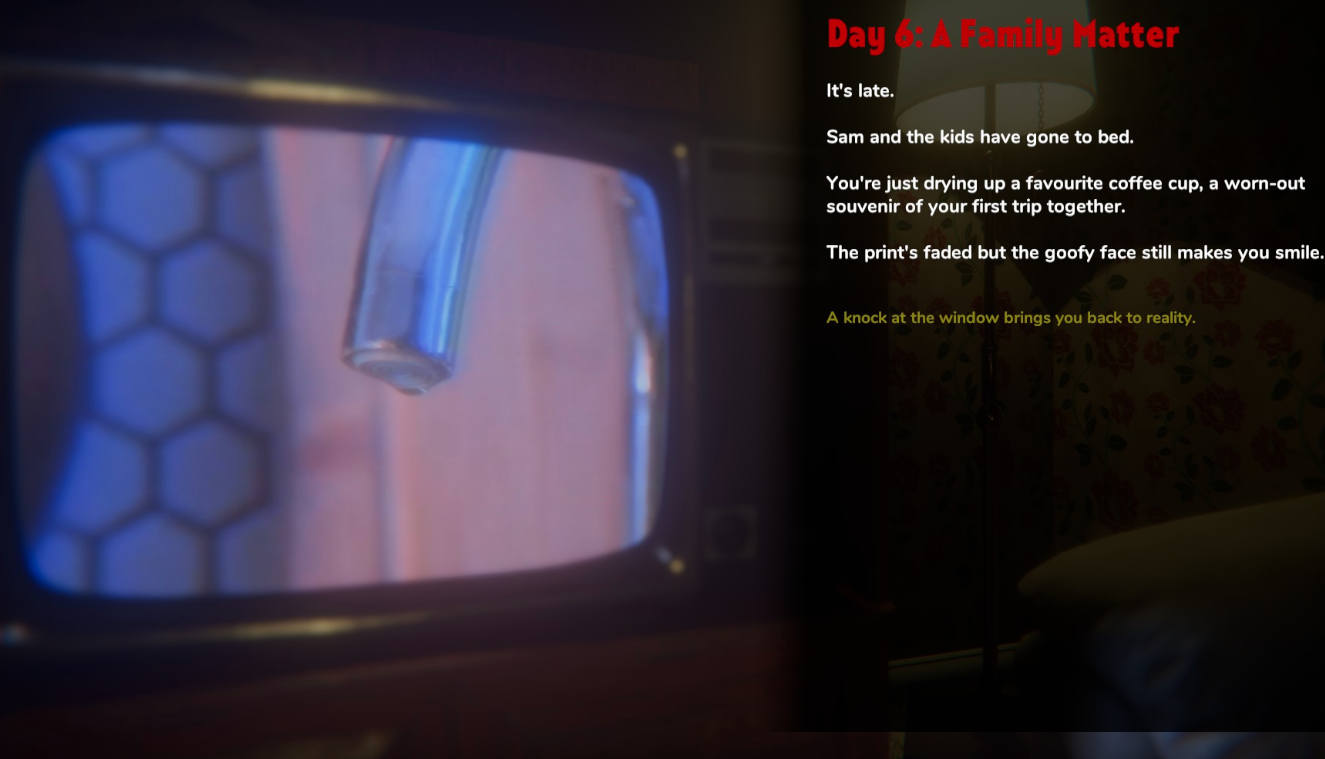 Some nights you don’t go into the TV station at all, instead getting to relax at home. During one of these respites your spouse’s brother stops by asking you for your passport so his affluent family can depart the country before a new wealth tax is levied. You can choose to aid him or affirm your loyalty to the new regime. Neither feels like a satisfactory response, hinting at the potential narrowness undergirding the game’s broader political allegory. Or possibly I’m just meant to feel like a cog in some greater machine, unable to grasp the larger forces fuelling it and too busy jumping between camera angles to try.

Not For Broadcast has interesting things going for it, even if the quality of the writing and FMV performances sometimes distract from the gruelling work of satisfying the viewers and the laundry list of corporate sponsors trying to scam them.