The Animal Crossing franchise hasn't had a mainline entry since 2012, so it's understandable that fans have gone a bit nutty in the lead-up to the release of March's Animal Crossing: New Horizons. From analysing blurry photos of stickers to getting excited about renders of fruit, the Animal Crossing fandom has been on a wild ride lately. Now, there's brand new images to salivate over, including a look at Isabelle, who is absolutely rocking the florals.

Isabelle is the most adorable mascot in gaming, and I will fight anyone that says otherwise. All she wants to do is help her town (and sometimes beat people up, adorably) and in New Horizons, Isabelle is swapping her mayoral duties for a so-far undisclosed role. In these renders she does share a similar outfit with Tom Nook, so it's safe to assume they may be working together in some capacity on New Horizons' island.

Her new look here? Stunning. She's a fashion icon. I will certainly wear my florals with greater pride knowing that Isabelle supports me.

Alongside the new renders for Isabelle unearthed by Animal Crossing News on Twitter is a whole host of new villagers and island helpers, including devious capitalist tanuki, Tom Nook.

I will admit he looks rather fetching in his bright yellow sweater and jacket combo, but he's stolen every one of my bells every year since 2005, so I will give him no credit here.

A few of my absolute favourite villagers were unveiled on Twitter, too, and I am in awe of how fuzzy Hornsby looks here. He's just a big, giant and very huggable Rhino pal. Peanut is also looking as cute as ever.

Apollo looks particularly dashing in the new renders, while Octavian looks as cranky as ever. Sprocket has been given an ultra-shiny polish here too, making him look just as creepy and robotic as he should. There are only a handful of robotic Animal Crossing villagers in the franchise (including Ribbot, Meow and Bow), but I am deeply suspicious of all of them. Sprocket is no exception, and his new renders only show off how non-organic he really is.

Who is making these robotic Animal Crossing villagers? Who?! 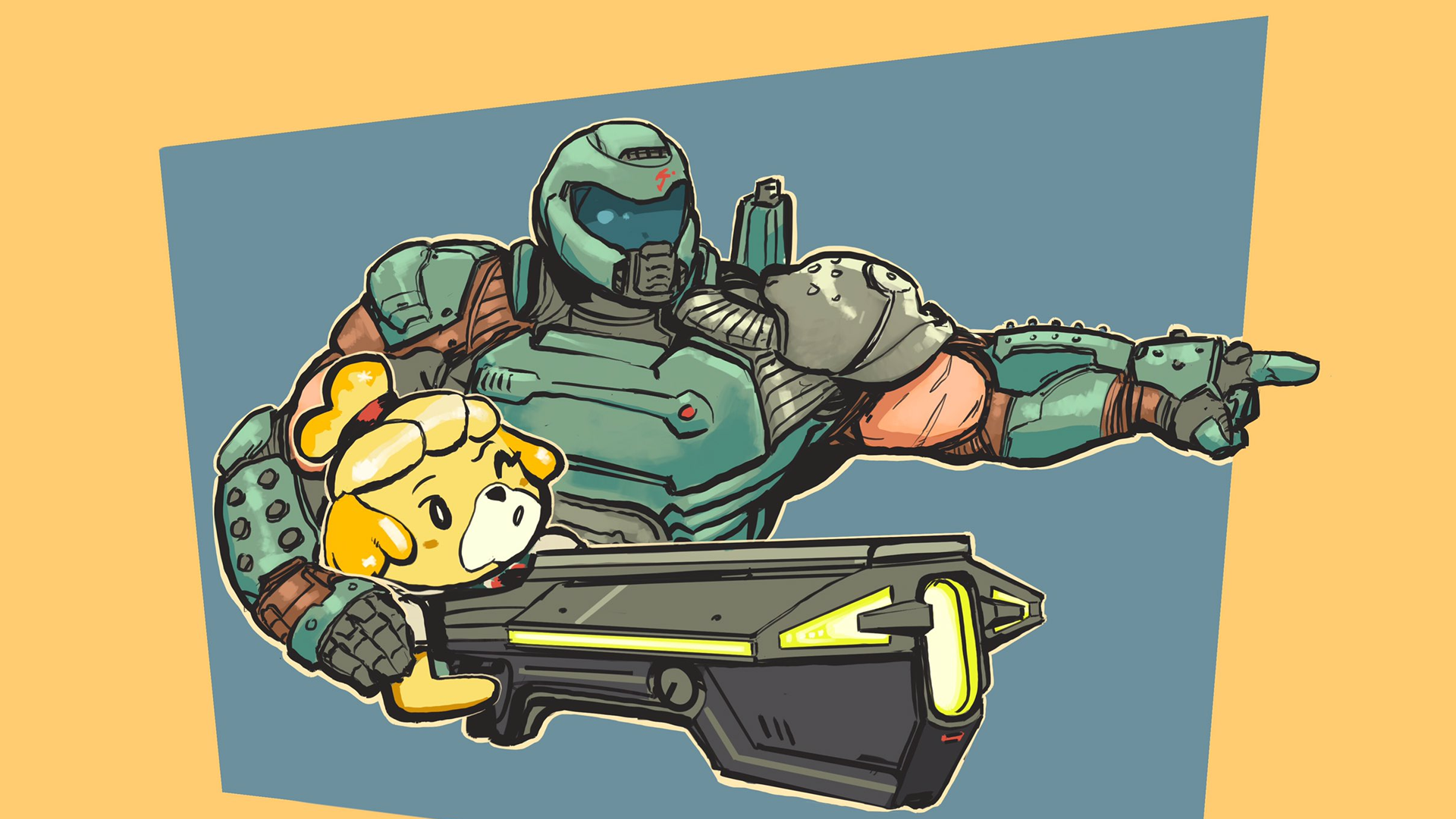 Doomguy And Isabelle Are Best Friends

The Doomguy is a cool dude who kills demons and does it while running faster than most Olympic athletes. Isabelle is a happy little dog-person who is extremely helpful and kind. These two very different game characters have become best friends, according to the many artists on the internet. And I love it.