Can’t Decide What To Play In Dreams? Try These 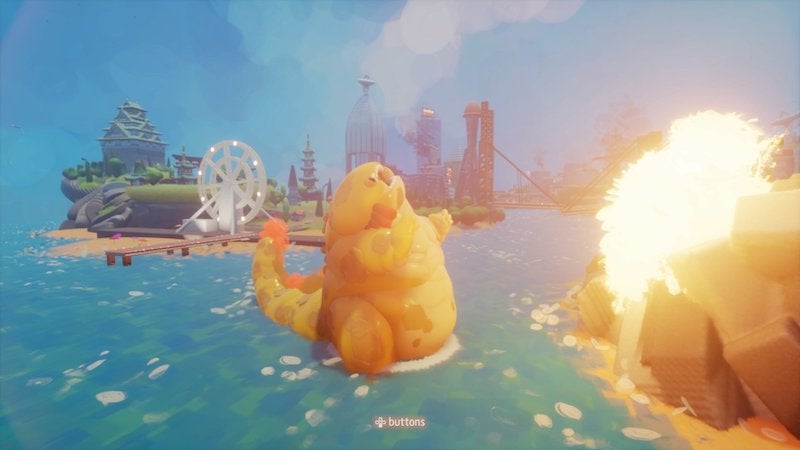 It’s not an exaggeration to say the possibilities in Dreams are endless. Media Molecule’s creativity game, which officially came out for PS4 a few weeks back, puts the tools of a developer in the hands of a gamer. It’s not the Frostbite Engine or iD Tech 4, but, on the other hand, you don’t need advanced training to make cool stuff. Just an hour or two in the tutorials and you’ll be well on your way to greatness.

Over the past few weeks, Dreams players have made brilliant creations, from games and songs to short films and concept art. Early access and beta players were doing so for more than a year. This is all to say: The Dreams’ user-generated library is staggeringly large—large enough that newcomers may have no idea where to begin. So, partly as a showcase of some truly terrific user-created dreams, partly as a waystone in helping you choose what to play, here are five extremely cool games you can currently play in Dreams. Though some creators have made buzzy creations based on popular franchises, including Sonic the Hedgehog and Fallout, all of the following are original works. You can find all of them by navigating to the “Dream Surfing” section from the main menu. 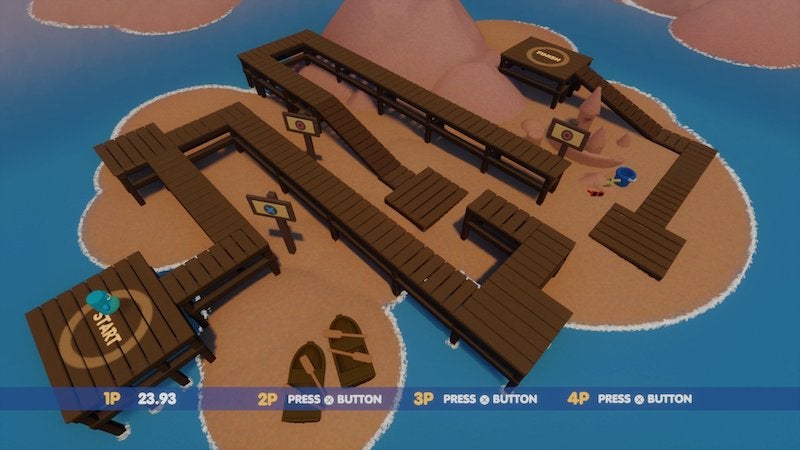 Fans of Zoolander will recall that Derek Zoolander (Ben Stiller) is an ambiturner: he can’t turn left. The player character of “Turn Left Duck” is also an ambiturner, except this funky duckling can only turn left. You, along with up to three other players, are placed on a isometric, maze-like map of docks. Fall off the side, and you start back at the beginning. The goal is to make it to the end—only using left turns. (Eat your heart out, Derek.)

The controls are imprecise, and the physics are unpredictable, leading to the type of hilarious hijinks you can only get from a local multiplayer game. Currently, there’s just one map available (plus a tutorial stage). But “Turn Left Duck” is such a raucous, replayable blast—especially if you bring in two or three friends—you’ll feel like you’re playing a full game. 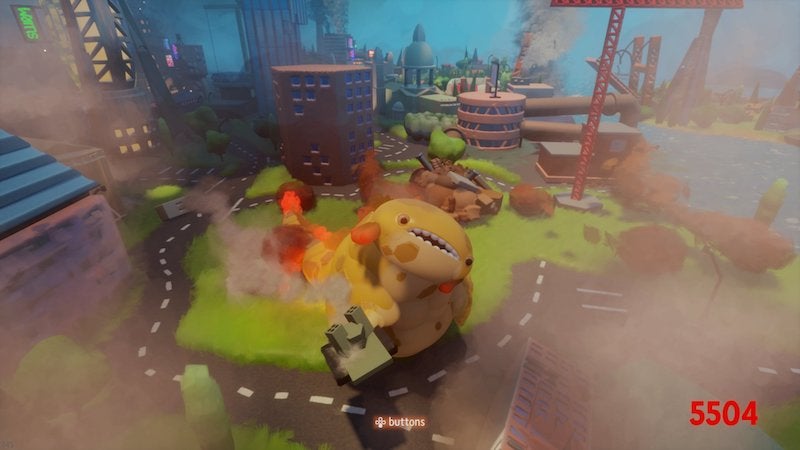 Kotaku senior writer Heather Alexandra loved “Ruckus” when it first came out on Dreams, late last summer, and for good reason: “Ruckus” is genius. You play as a giant monster, beset on a coastal city, with the simple and single-minded goal of breaking everything in sight. The more stuff you smash, the more points you get. But the catch is that “Ruckus,” unlike many Kaiju simulators, isn’t terrifying. It’s adorable.

The monster you control isn’t some scaly, otherworldly beast. It’s essentially a lump of orange clay, roughly shaped like a chunky salamander with wide eyes and a wider smile. So you control this irrepressibly beaming creature as it chomps on fighter jets and kicks over high-rises. What’s more, the colour palette is bright and sunny, and the music sounds like it belongs in the background of a circa-2006 YouTube faceplant compilation. 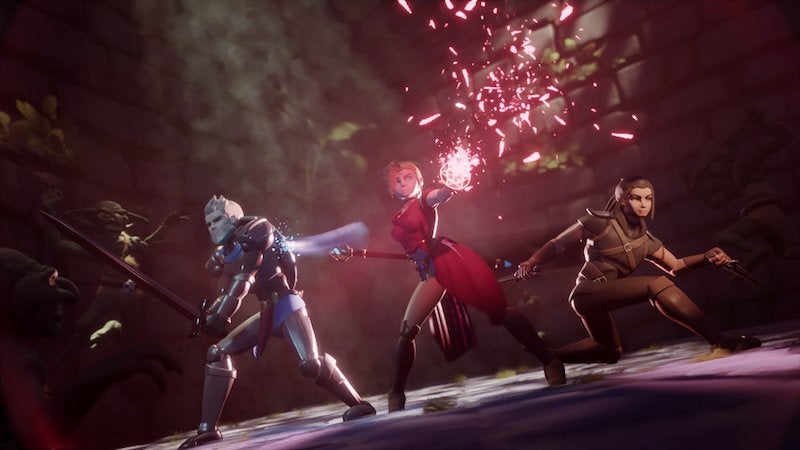 As yet, nothing in Dreams has approached the sheer scale and quality of “Art’s Dream,” a movie-length, genre-spanning game Media Molecule’s developers made (entirely in Dreams!) to show off the sheer possibilities of their tools. “Heroes of Aldrenor” isn’t quite there, but it sure has the makings of a game that can reach those lofty heights. There are cutscenes! And dialogue! And plot twists! And combat that feels like it was fine-tuned in a real-life game studio!

“Heroes of Aldrenor” is a co-op, fantasy action-RPG. You can select from one of three characters—a sorceress, a rogue, a sword guy—and do fantasy action-RPG things. You blast bandits with fireballs. You venture into a mysterious cave. Yes, it’s all very familiar, but it’s impossible to shake the thought, while playing, that someone made this in Dreams.

“Heroes of Aldrenor” is in beta. Only a handful of levels are available. But trying it out now gives you that rarest unlock, the one thing that gives you a leg up over everyone when they’re collectively losing their minds over it in a year: Hipster Cred. (“Oh, I played this before it was…”). 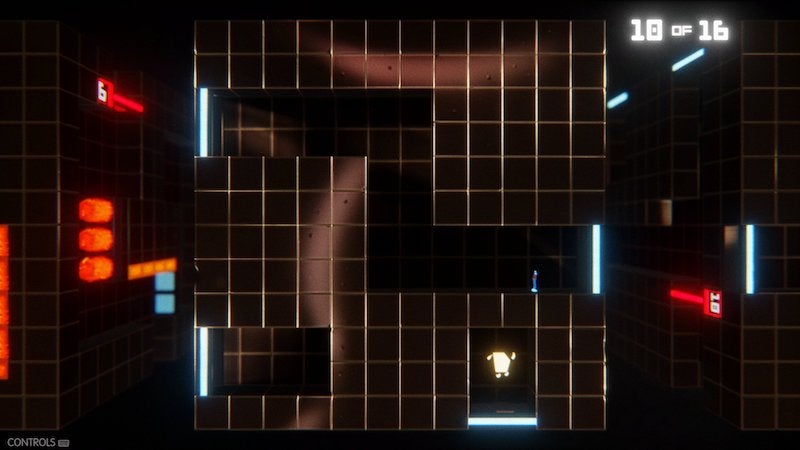 Dreams features no shortage of mind-bending puzzle games, but not all are quite as thoroughly realised as “Cubric.” In “Cubric,” you control Cubric, a robotic little fella made out of glowing cubes. You guide Cubric through passageways across the two-dimensional planes of three-dimensional cubes. The goal is to move from one cube to the next, until you reach the end. Cubric can only move right or left. To progress, you need to flip and rotate each cube around him. Make a mistake, and Cubric plummets off the cube (or lands in a pit of lava). Like Fez before it, “Cubric” forces you to think multidimensionally.

Is “Walk the Plank” as expansive as Sea of Thieves or Assassin’s Creed: Black Flag? No. Does it nail the same buccaneering vibe? Absolutely. “Walk the Plank” is a 2D action-brawler in a similar vein as Towerfall: Ascension. After choosing from a variety of privateers, you hop into a galleon-shaped arena and duel to the death. There are platforms galore, and particularly heated battles involve as much leaping as they do sword-swinging.

You’ve probably played games like “Walk the Plank” before, but, again, it’s the heavy pirate theme that really sells this one. It’s in the playable characters (starring a ghost pirate and, hilariously, an anthropomorphic parrot). It’s in the lovingly rendered Caribbean sand and palms. It’s in the music—that classic pirate shanty we all know by heart but can’t ever name. Somehow, the tune has been impeccably rendered in Dreams, note for twangy note.

What Dreams dreams have you been enjoying? Any under-the-radar gems we should play next?

The Best Dreams Creations So Far

Dreams is a strange and wonderful game. It gives players the power to create anything they can imagine — and what they've imagined so far is awesome. Here are a few of the most impressive creations in Dreams.