Dark Crystal Tactics Game Is A Pale Imitation Of The Classics

The Dark Crystal: Age of Resistance Tactics doesn’t live up to the promise of its source material, and is a weak imitation of the PlayStation 1-era tactical role-playing games to which it attempts to harken back. It’s not terrible, but it is disappointing.

Revealed at last year’s E3, Age of Resistance Tactics looked like an homage to beloved strategy games like Final Fantasy Tactics and Tactics Ogre, using creatures from the 1982 Jim Henson puppet movie instead of knights and wizards. Out today on PC, Switch, PlayStation 4, and Xbox One, it’s actually a barebones facsimile of a retro tactical RPG. It doesn’t expand on Netflix’s 2019 Dark Crystal prequel series either, but underwhelmingly retreads the same overall story beat for beat.

The game begins with the elf-like race of Gelflings discovering that their Skeksis overlords have begun using the powerful Crystal of Truth to feast on their subjects’ essence, extending their own lives in the process. Your first order of business is to rally disparate Gelfling warriors and convince them of the threat. From there, it’s up to you and your newly-formed resistance to overthrow the Skeksis and reverse the Crystal’s corruption. 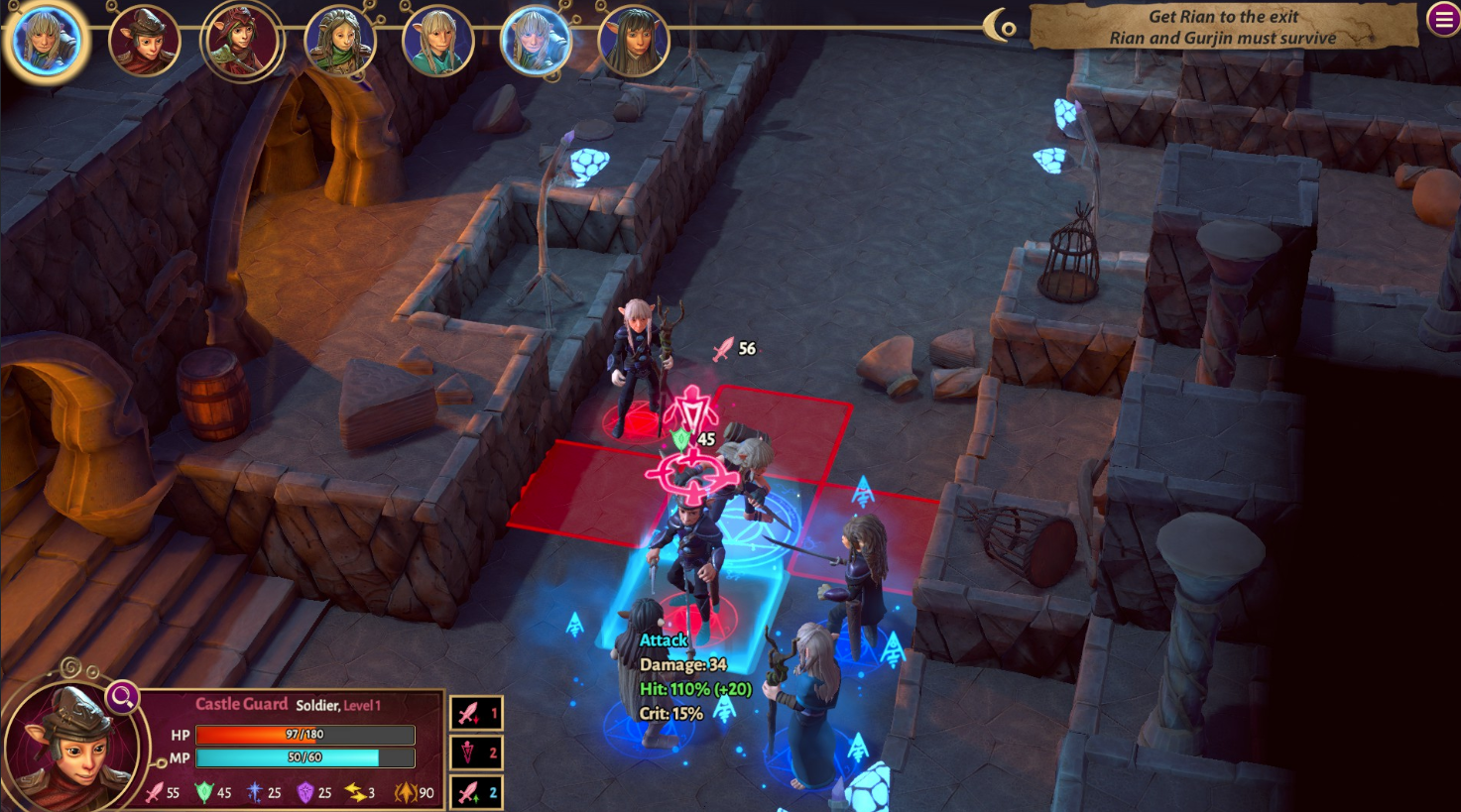 If any of this sounds interesting to you, you should really go and watch the show first. Or if you’ve already seen it, maybe try re-watching it. Age of Resistance Tactics provides little interesting context or world-building outside of what was already seen in the Netflix series, at least in the three hours I’ve spent with it so far. While clearly designed as a licensed spin-off meant to appeal to fans of the show and that universe, it lacks any of the warmth and weirdness that made the film and the show so intriguing and endearing.

Age of Resistance Tactics succeeds better as a series of tactical battles that take place on chessboard-like levels, but only slightly. I found myself enjoying its early levels as I guided Rian, Gurjin, and the rest of my Gelfling friends into combat. From a distance, I’d mark an enemy to make them take more damage, then have my fighters clean their blades to increase their attack. As the sides collided they’d dish out blows, focusing on one enemy at a time until eventually the opposing side was routed. 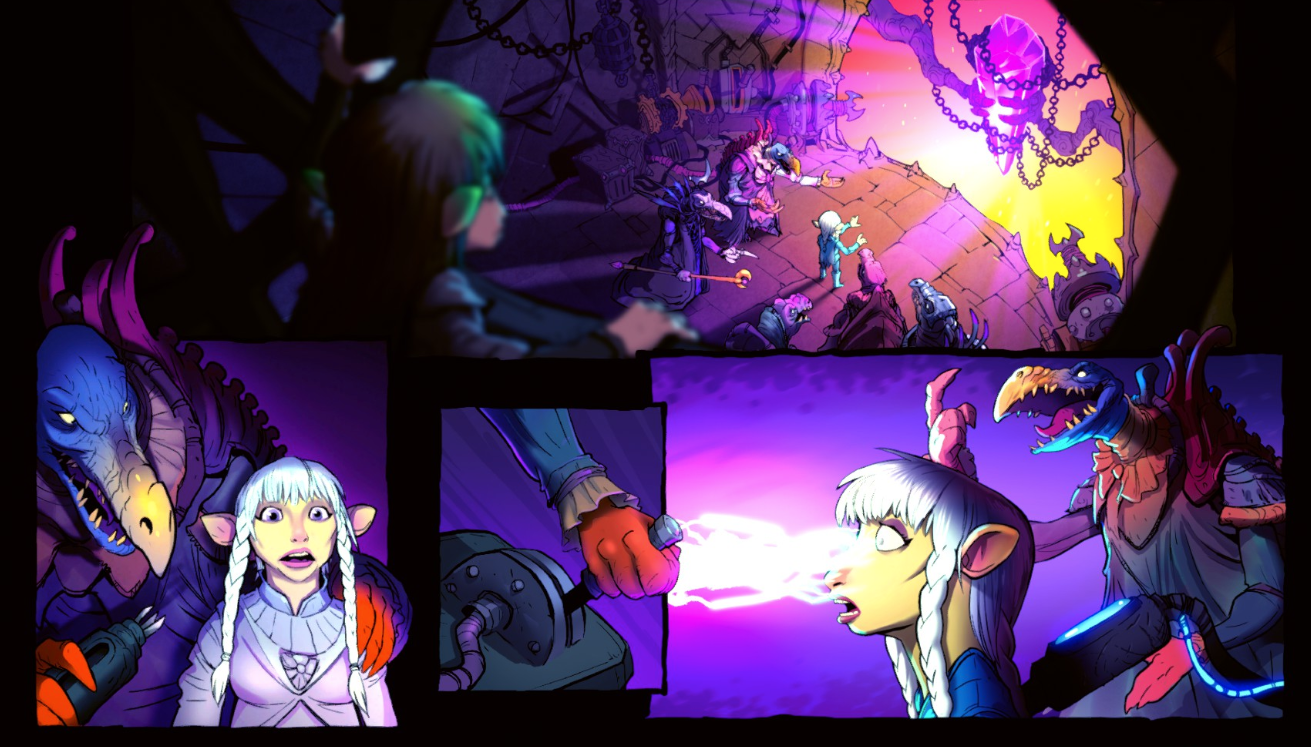 Age of Resistance Tactics nails the basic structure of the tactical RPG, but the honeymoon period wears off fast, and what’s left lacks the polish or depth to make it worth seeing the Gelflings’ revolution through to the end. There’s a job system but it maxes out at 12 classes, three of which are the extremely straightforward archetypes of warrior, healer, and rogue. Characters can equip abilities from two different classes, but mixing and matching feels like a simple arithmetic problem of choosing the strongest abilities rather than an opportunity to experiment with interesting synergies to create personalised approaches to each new encounter.

Diving deeper into the job system also requires a lot of levelling up. Unlike some tactical games that award experience points for each action a character takes, Age of Resistance Tactics only gives you experience points for completing entire battles. This makes grinding extremely tedious, especially since only four or five characters can be taken into battle at a time, depending on the mission. 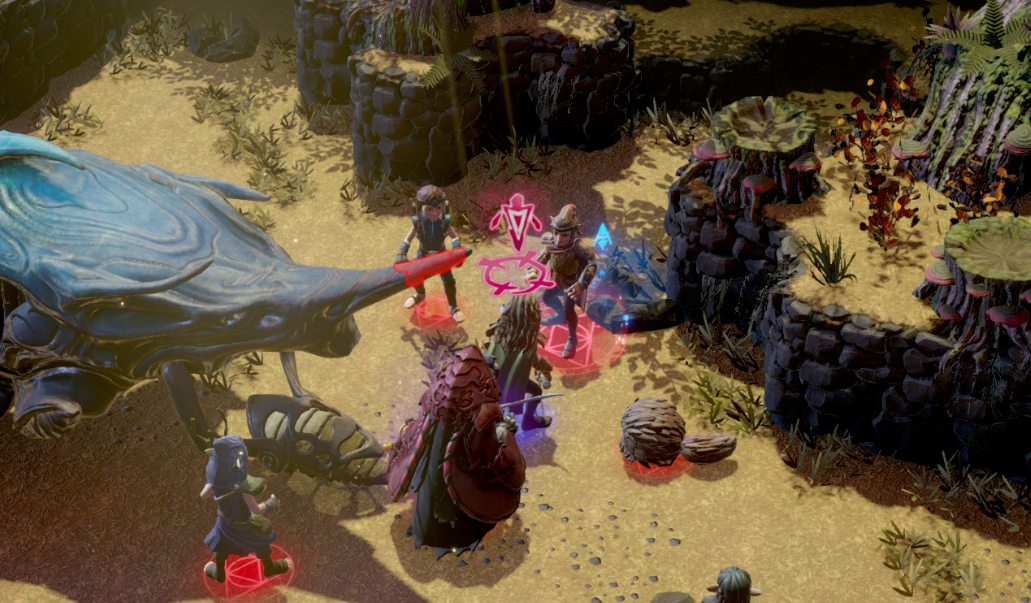 There’s gear to buy, but it’s mostly just a matter of spending the pearls you earn in battle to replace older weapons and armour with newer, stronger stuff that becomes available as you progress through the story. You don’t actually shop for any of it in villages or cities; instead, you buy stuff from a shop menu that’s accessed from the main overworld map. It’s one of many shortcuts that make the game feel hollow.

It’s a problem that The Dark Crystal: Age of Resistance Tactics shares with Netflix’s other licensed spin-off game, Stranger Things 3: The Game. Both are by the same studio, and both contain the seeds of better games that weren’t given the time or scope to become fully-realised explorations of the beloved characters and worlds they’re based on. Age of Resistance Tactics might be adequate for fans of both Dark Crystal and tactical RPGs, but I can’t help thinking it could have been so much more.