DC’s Dark Knights Tale Will Rock On In Death Metal 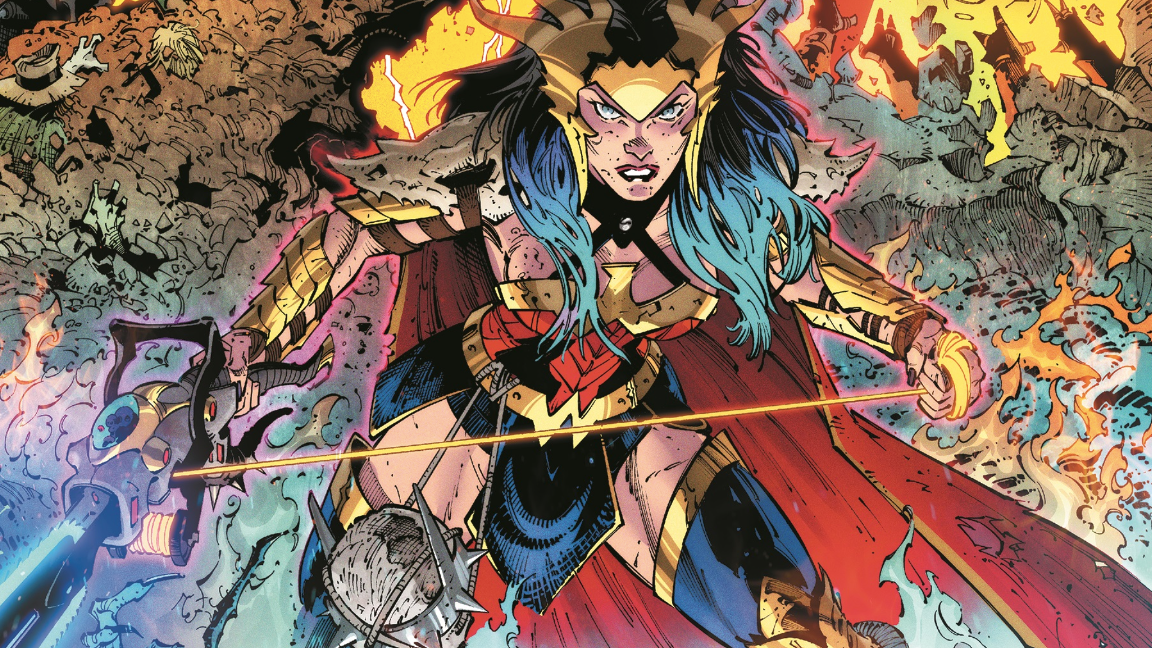 DC’s bonkers Dark Nights: Metal event gave birth to some of the wildest developments in the publisher’s core comics universe, the team of evil Batpeople from far-flung, shadowy universes and chief among them, the Joker-esque Batman Who Laughs. Though DC’s heroes are still dealing with the fallout of their first encounter with the Dark Multiverse, the publisher’s already gearing up for a sequel to the original story.

Beginning this May, Wonder Woman will take centre stage in Dark Nights: Death Metal, a new series from Scott Snyder and Greg Capullo that will follow the Themysciran warrior and her few remaining allies on their quest to defeat the Batman Who Laughs after he manages to seize control of the world. With Superman trapped within the heart of the sun and Batman busy trying to lead a human resistance to fight back the laughing Batman’s forces, it initially seems as if Diana’s Amazonian strength alone won’t be enough to turn the tides in the Earth’s favour and slay Perpetua, the mother of the Anti-Monitor. But just when all hope is lost, Wonder Woman gains an unexpected ally who provides her with key intel that could change everything.

DC’s being cagey about specific details regarding Death Metal other than the fact that the creative team behind it wanted the story to “make fans lose their minds,” which is a rather tall order. But art for the first issue showcases Batman wielding a scythe, Superman wearing what appear to be brass knuckles, and Wonder Woman using the Lasso of Truth to rev up a chainsaw, suggesting that Death Metal intends to go fully balls to the wall in terms of nonsense. 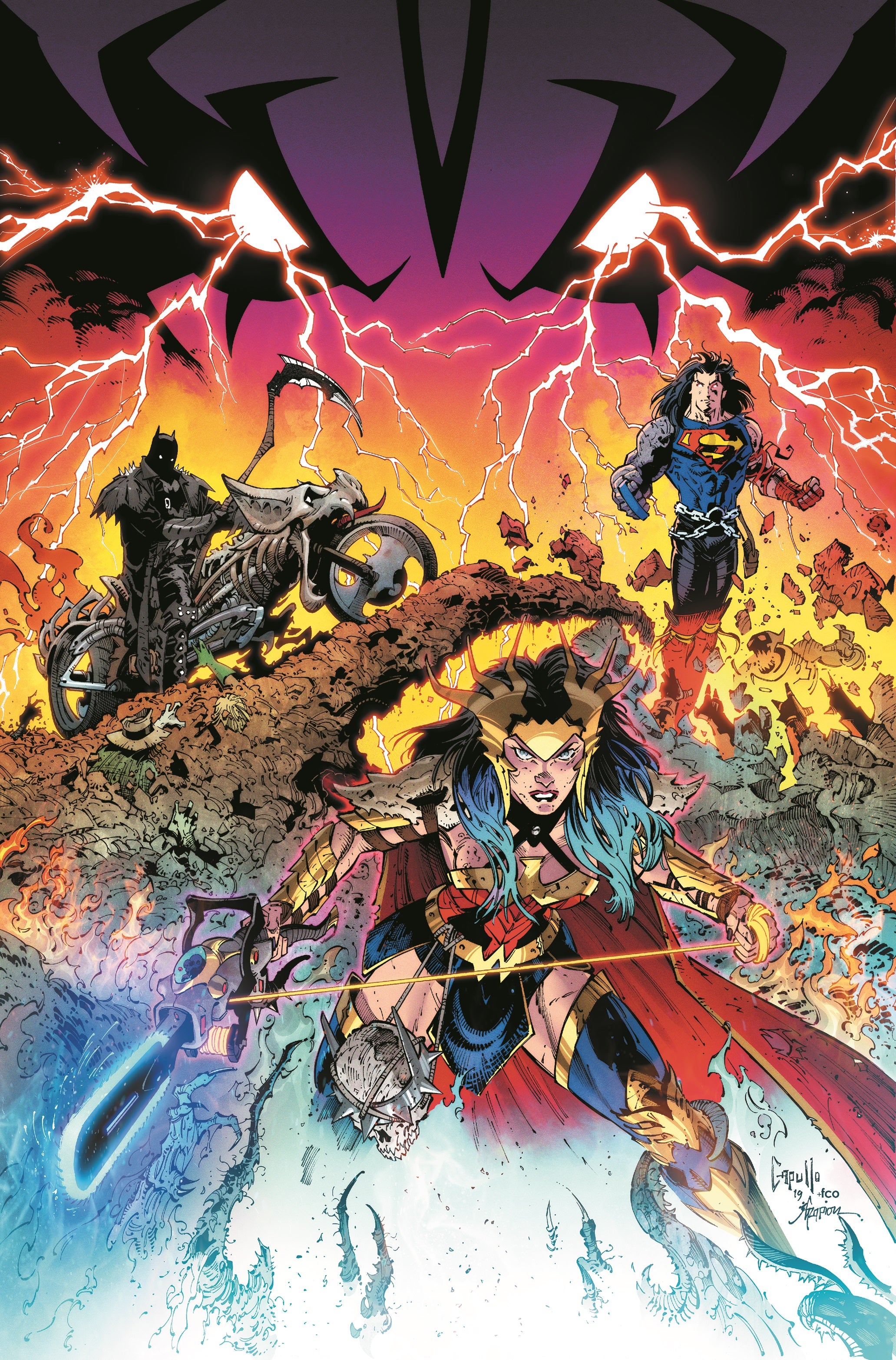 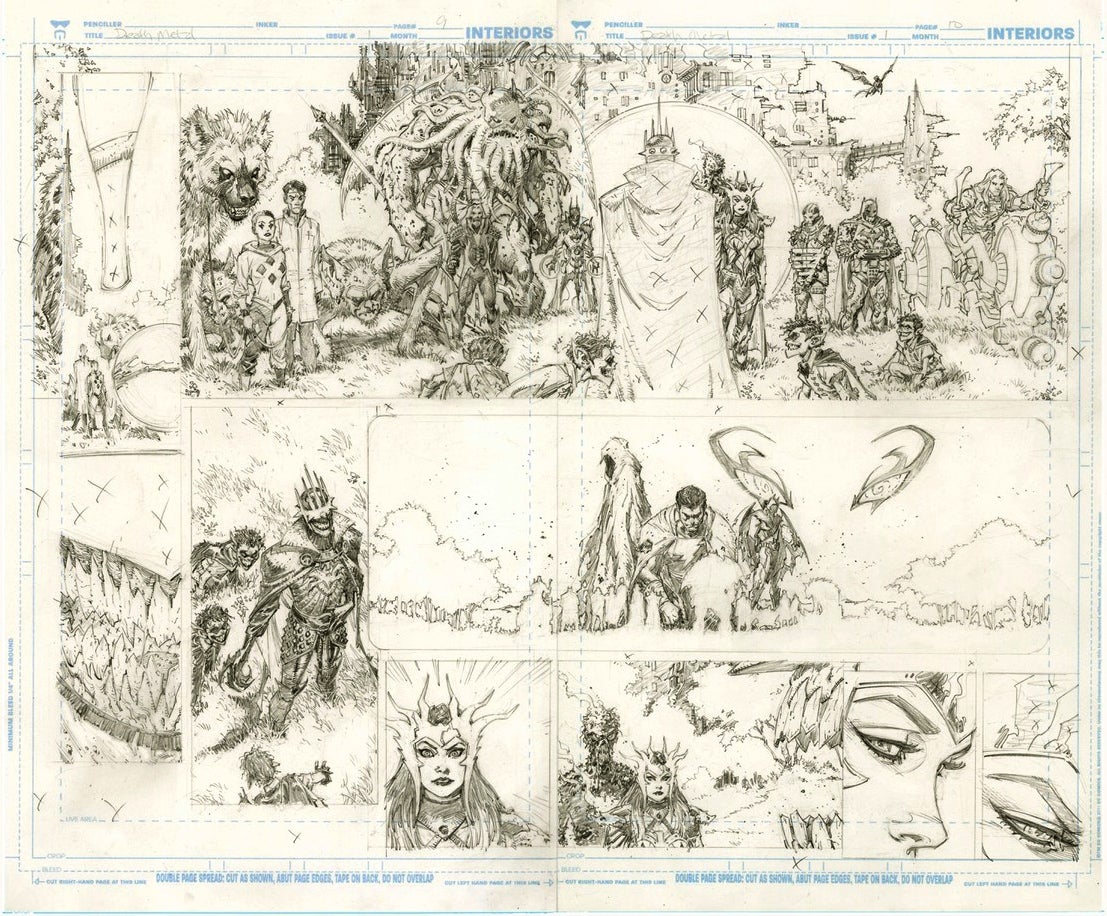