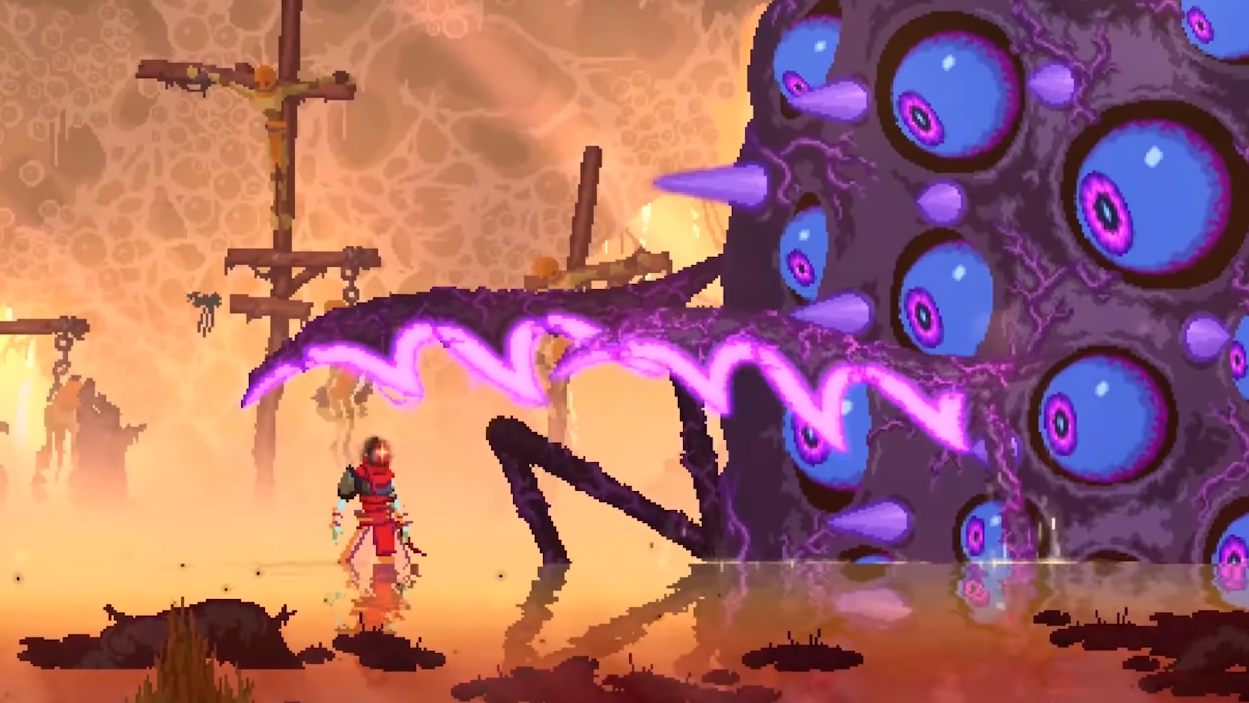 Screenshot: Twin Motion, Dead Cells
To sign up for our daily newsletter covering the latest news, features and reviews, head HERE. For a running feed of all our stories, follow us on Twitter HERE. Or you can bookmark the Kotaku Australia homepage to visit whenever you need a news fix.

The only thing in Dead Cells’ latest expansion that gives me more pleasure than cleaving giant mutated fungi in half with a humongous scythe is having my own mushroomed companion fling itself at them with abandon and then explode upon impact.

In other words, I’m really enjoying Dead Cells’ new DLC, “Bad Seed.” Out today on PlayStation 4, Xbox One, Switch, and PC, the $US5 ($7) expansion brings even more levels, monsters, and upgrades to the already-impressive Castlevania-inspired roguelite, which has grown quite a bit since its 2018 release.

Like the game’s previous DLC, “Rise of the Giant,” Bad Seed adds two new areas and a boss. The first of these, called the Arboretum, is a sunny greenhouse full of mushroom-domed mutants and Venus flytraps. It’s accessible directly from the starting area and forms the basis of a new alternate route through the first third of the game. Unlike the Toxic Sewers or Promenade, though, its rooms are larger and stalked by a more aggressive mix of zombies, grenadiers, and new enemy types. The mushroom men will fling you into nearby walls of spikes, while spike-shelled turtles will automatically wound you every time you mistakenly hit them from behind. 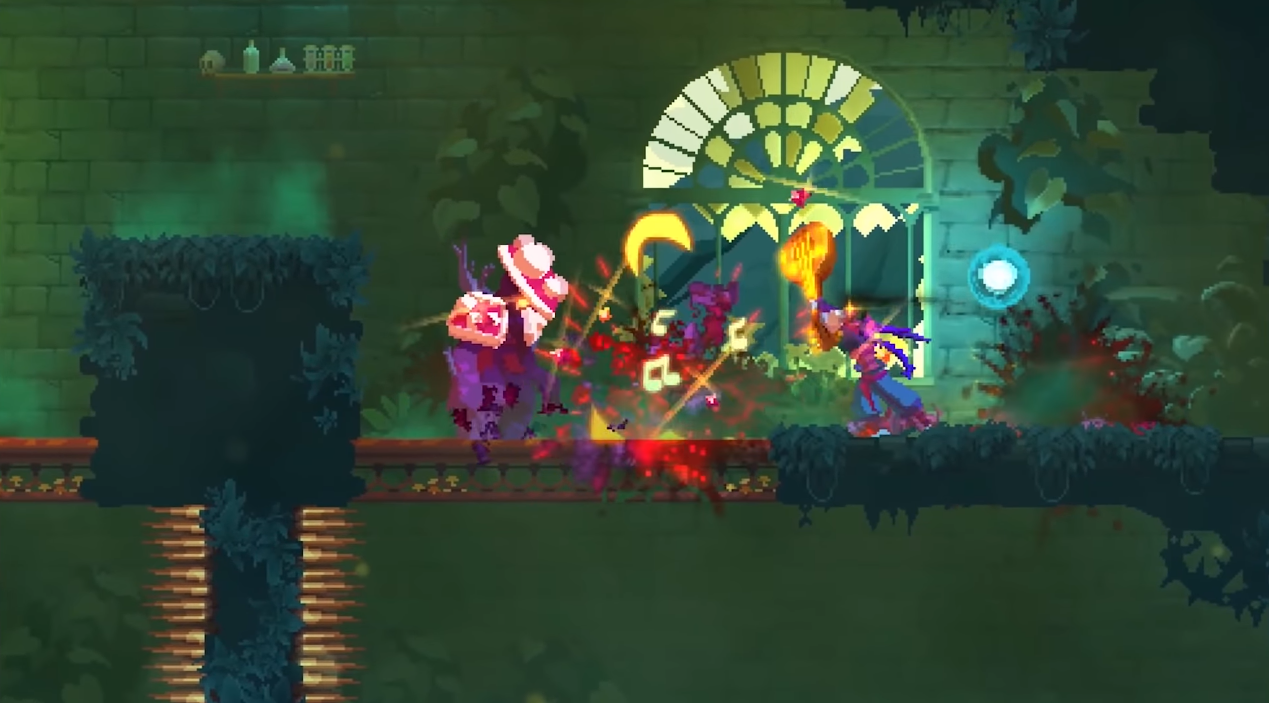 The Arboretum leads to the Swamp, a sprawling network of towering huts that puts you up against the dual threats of poison dart-shooting gunners and spear-wielding mutants who almost always attack in pairs. Cannibals and Cleavers also show up on the higher floors, making it one of the harder areas to survive so early in the game. Meanwhile, the bridges connecting each hut are patrolled by engorged ticks that aren’t too difficult to dodge but who deal a lot of damage if you happen to get caught up in their combos. Wolf traps and sinew slicers make short work of them, but taking them on with just a bow and a melee weapon requires focus and patience.

All of this eventually leads up to the expansion’s main attraction: Mama Tick. She’s gorgeously animated, but spends most of her time underwater attacking you with her legs, which randomly shoot up from the swamp surface like giant, serrated vines. While she’s easy enough to damage once she comes up for air, Mama Tick’s attack mode is one of the game’s more challenging bullet-hell segments. Beating her isn’t the most difficult, especially for experienced players with most of the game’s upgrades unlocked, but it’s a refreshing diversion from taking on the other starter bosses yet again.

What makes Dead Cells so fun to pick up and play is its snappy, precise combat. Every perfectly timed dodge or final blow is exquisitely accented with a combination of visual and aural flourishes. What makes it worth returning to again and again, even a year and a half since its release, is the variety. Bad Seed helps build on both of those things.

The scythe, the first weapon in the game to take up both melee spots, cuts through mutant swarms with a satisfying “swoosh.” A new ability, a little mushroom sidekick who follows you around headbutting your foes and exploding on command, goes off with the sort of reverberating pop that makes them feel as weighty and satisfying to use even after deploying them dozens of times in a row.

There’s even a Bouzouki that turns you into a bard assassin, beating enemies to death with melodic fury. Like the best parts of the base game, Bad Seed has encouraged me to stop always thinking about what builds will make my character the strongest, and instead think about which arsenal will allow me to dart through its treacherous gauntlet in different and more elegant ways.

One of the game’s designers at Twin Motion, Sebastian Benard, called Dead Cells’ first major DLC a “love letter to the community” in an interview with IGN last March. Bad Seed feels like another one. The only difference is that this time it comes with a $US5 ($7) price tag, which feels like a small ask when you consider the continued improvements to performance (it now plays nearly flawlessly on Switch) and game balance (the early parts are now much less punishing) that Dead Cells has gotten since its initial release.

In Kotaku’s original review, Kirk Hamilton was enamoured with the core of the game and hopeful that Twin Motion would continue to add to it. With Bad Seed, the studio continues to make good on that promise, building Dead Cells into one of the best roguelikes in recent memory.