There’s a sinking feeling I get every time my team in Darksburg gets surrounded by purple-tinted goth zombies. Waves of them break against us, driven back by our attacks, only to reform and come at us again. Surely this is the last one, I think, only to find our party of four overwhelmed once again a few moments later.

Sometimes we survive. More often we die. But Darksburg’s clever mashup of isometric clicker combat and large Vermintide-esque hordes is fun to experiment with, whichever the outcome.

Darksburg came to Steam Early Access last week. While it’s in dire need of more characters and deeper skill trees, it still serves as a fun demo for the underlying concept: Can a party of four work together to overcome the odds and get from point A to point B without being torn apart by a diverse cadre of ghoulish fiends? 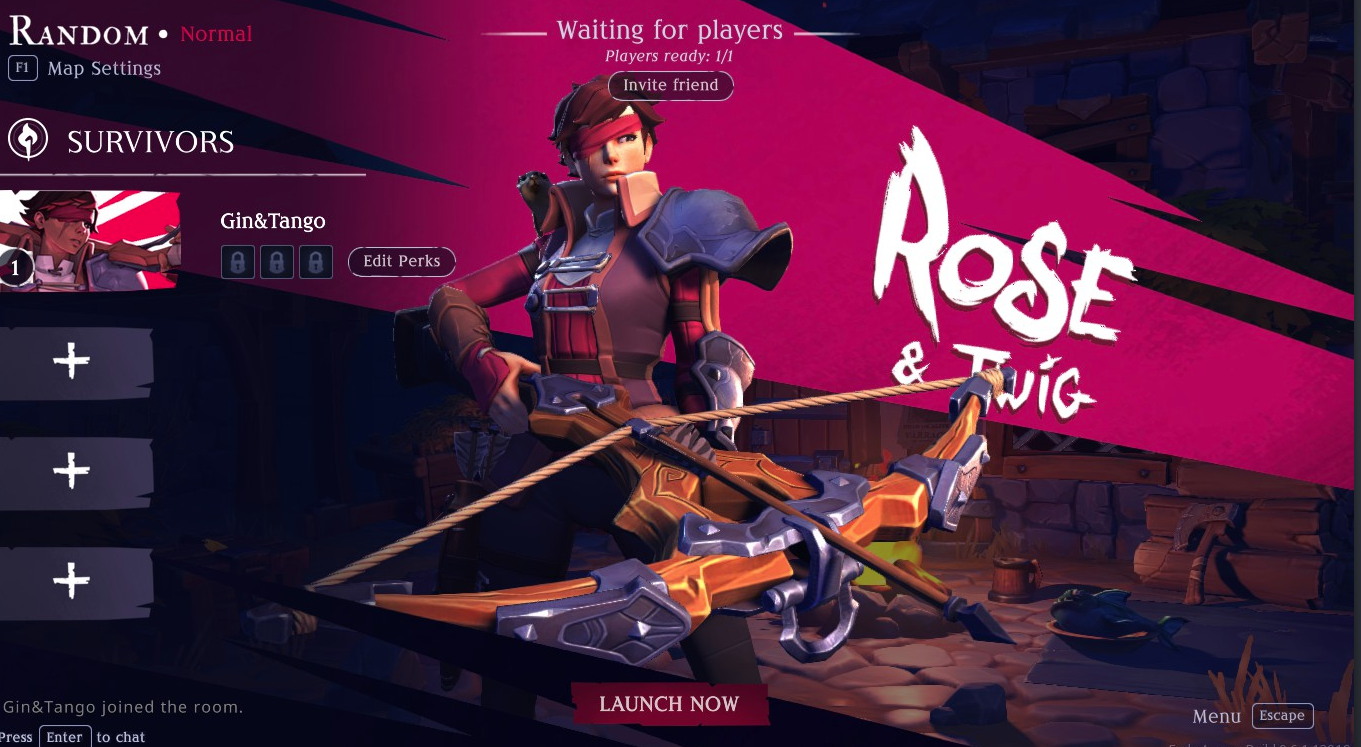 Some enemies trap you in nets, others grab you by the throat. One, a towering undead knight with a giant sword, randomly shows up when you’re least suspecting it. What Darksburg lacks in originality with its familiar medieval setting and loose “escape the zombies” narrative, , it makes up for with huge swarms of enemies that forge you to never drop your guard.

Each level ebbs and flows. Periods of light exploration are followed by intense skirmishes. You’re occasionally interrupted by a boss fight, or the need to beat back multiple waves of zombies while waiting for gate to unlock or a ferry to arrive. Imagine if a Diablo dungeon followed the hourglass structure of a Gears of War map, with large arenas flooded with enemies giving way to narrow corridor fights before eventually going back again. 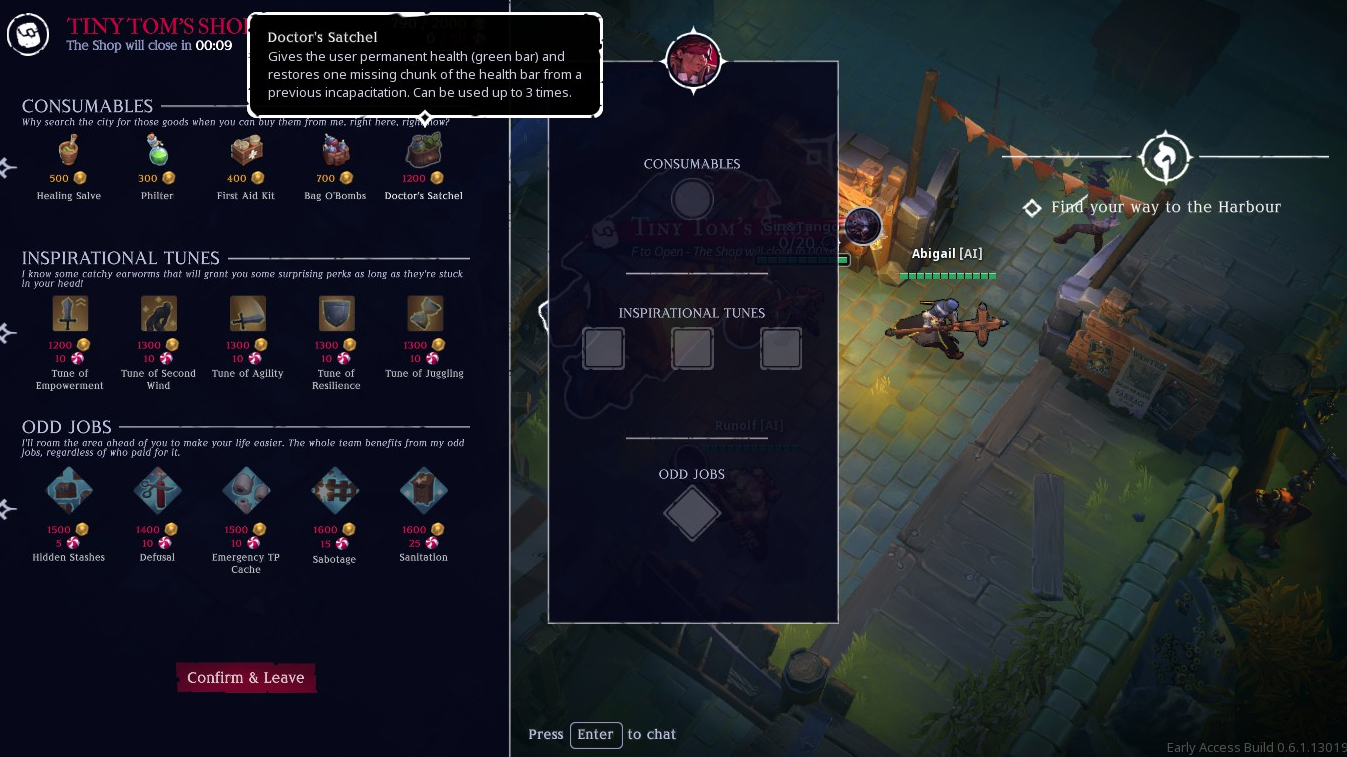 Darksburg’s characters also help the repetition of slaying hundreds of zombies by clicking on them from getting stale. Rose wields a crossbow and a fox-like pet who nips at the heels of all enemies trapped within its area of effect. The cook Runolf can throw down vats of stew to heal his party in between bashing zombies with his skillet. Their abilities are tied to cooldowns, but not limited by a pool of magic points. So as long as they remain alive, they can continue to cycle through their abilities, chaining together combos as each new encounter demands. There’s nothing better than beating back a seemingly insurmountable wave of enemies because each player (or computer AI, if you prefer) isn’t letting a single attack go unused or wasted on overkill.

But Darksburg is clearly far from being ready for a full release. In addition to feeling there were not a large enough roster of maps and characters to keep things interesting past the first five hours, I kept wishing my characters could grow more over the course of a match. Progress from playing slowly ranks up their overall levels, unlocking a handful of passive perks they can equip to gain survivability and become more deadly. They don’t get more powerful within the matches themselves, though, which feels at odds with the need to kill lots of stuff. 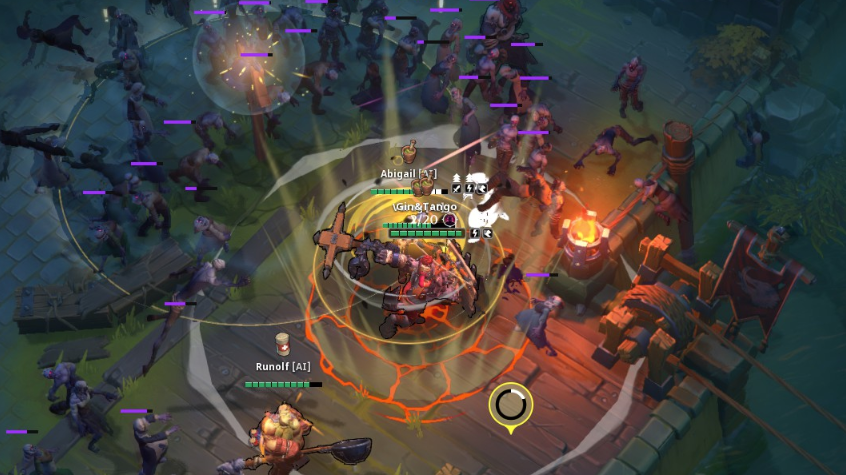 The similar game Vermintide 2 gets around this by making each slash of a sword or thud of a crossbow bolt feel heavy, gruesome, and deadly. But in Darksburg, where enemies are clicked on rather than directly impaled, it just doesn’t feel as rewarding. Given its similarities to multiplayer online battle arenas like Dota 2 and League of Legends, I kept finding myself expecting to level up my abilities, spend gold on buying better gear, and be employing a more advanced strategy by the end of a map than when I started. Even the passive abilities you do have access to take too long to unlock (one every five levels) and don’t make up for the lack of a more substantive skill tree.

There’s plenty of room for Darksburg to grow into that sort of game, or perhaps its creators have other plans for how to give each match a deeper sense of progression. Shiro Games also made Northgard, a strategy game that got continually updated with new stuff at an impressive clip, so I’m eager to see where Darksburg is at in another six months. I can’t think of a crossover more in my wheelhouse than a top-down Vermintide that plays like Dota 2.