Dota Underlords Is Out Of Early Access And Better Than Ever

For a handful of weeks last year, Dota Underlords devoured my entire life. Then, abruptly, I stopped playing. At the time, Valve’s entry into the suddenly-crowded auto battler arena suffered from the same issue as its competition: Its bones, though they formed a sturdy spinal scaffolding, had no meat on them.

Dota Underlords left early access on Tuesday, less than a year after its initial release. When it first launched, it was a solid riff on what was then a massively popular mod, Dota Auto Chess. Auto Chess’ core mode, in which eight players vied for last-person-standing supremacy in a series of 1v1 matches on a chess-like board, combined the appeals of role-playing games, MOBAs, and gambling to create something so compulsively playable that people decided the auto battler genre was destined for a battle royale-style popularity explosion.

But that never really happened. Or at least, it hasn’t happened yet. The genre, especially Riot’s League of Legends spin-off Teamfight Tactics, did big numbers last summer, but dropped off quickly in the following months. This makes a degree of sense: Valve, Riot, and original Auto Chess creator Drodo Studio managed to replicate the original formula with their own standalone games, but they rushed to get them out shortly after the genre blew up at the start of 2019. Companies decided to plant flags first and figure out the whole “staying power” thing later. This resulted in games that were light on content. Players like me enthusiastically gobbled up what was there for a few weeks or months, but then other games compelled us, and we moved on without looking back.

So now here we are, a year after Dota Auto Chess invented a whole dang genre, with Dota Underlords no longer just a proof of concept, but a fully fledged Game according to its developer overlords at Valve. And it’s good! Really good. But I’m still not sure it’ll convince me to stick around.

The biggest addition to the release version of Underlords is City Crawl. The mode presents you with a gargantuan map that’s (literally) dotted with neighbourhoods for you, an army-commanding street tough with a gambling addiction, to take over. Each dot contains a challenge. Some of these task you with completing objectives in regular multiplayer matches, like dealing a certain amount of damage with a particular Underlord.

But others put you up against themed NPC armies in short, two-stock matches where you’re dealt a hand of pre-selected units. Sometimes, this means facing off against particular alliance combos in straightforward (though challenging) duels, but challenges are at their best when they go for your brain’s jugular and enforce strict limitations on your army. These puzzle challenges force you to use a select number of units from particular alliances to overcome overwhelming odds that include high-level units and fortifications. They serve as both enjoyable brain teasers and idea factories for strategies you could conceivably deploy during multiplayer matches—if fate deals you the right hand.

Challenges are also typically brief, making it easy to pop open the game, play a few, and then, say, resume writing an impressions piece about Dota Underlords. This is a big change of pace from regular matches, which can last 30 minutes or more. If you’re returning to the game after a few months away like I am, the Knockout multiplayer mode will also probably be new to you. It similarly shifts the auto battler format to prioritise fast, frantic matches in which four strikes mean you’re out. 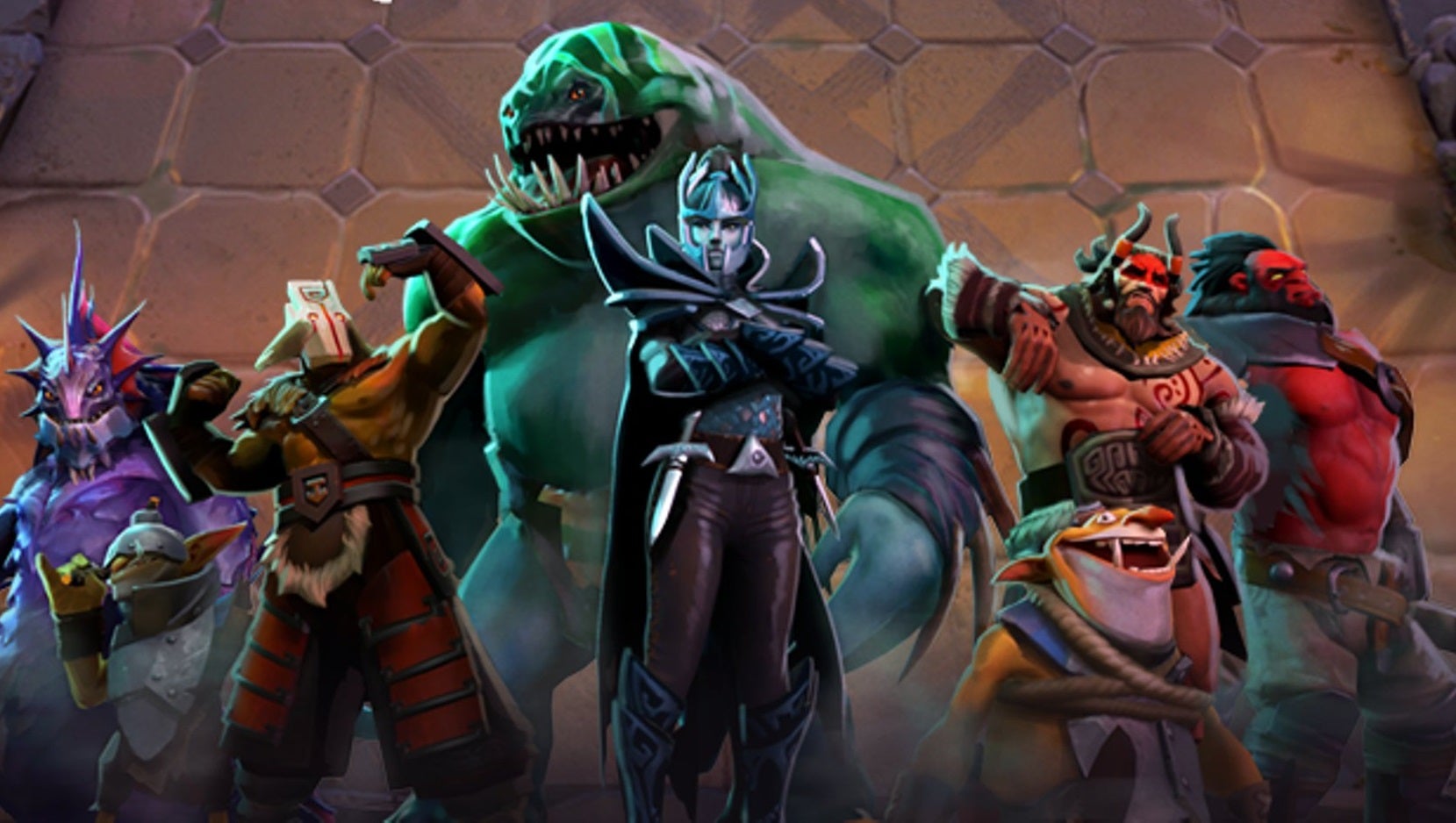 In short, there are now more ways to play Underlords, and they generally require less commitment than a standard match. But these modes are not all created equal. Many challenges require you to pick from randomised army selections, and sometimes, it just feels like there’s not a viable option in the bunch. This can be frustrating, but because challenges only take a few minutes, it’s not the end of the world.

I’ve also found that challenges can grow repetitive, with similar strategies getting the job done across multiple battles. It’s worth noting, though, that I’m not that far into City Crawl yet, so perhaps this will change when I come up against stiffer challenges.

Dota Underlords also now has an official battle pass. It costs $US5 ($8) and grants you access to a series of largely cosmetic rewards that you can use to customise your personal battlefield. While that might not strike you as the most thrilling prospect ever, it nonetheless serves as glue for the game’s increasingly disparate selection of single- and multiplayer modes. It’s yet another touch that makes Underlords feel like a proper game, rather than the aforementioned flag planted by Valve that reads “We’re here too.”

The balance feels good right now. In my experience, there’s been room for actual variety in my builds. That’s saying a lot, considering that Underlords is a game about optimising armies, and sustained success often comes from looking up what everybody’s saying are the best handful of combos each time there’s a new update. It’s one of the reasons, in fact, that I think a lot of people stopped playing in the first place: The rhythm of playing catch-up with the small handful of builds that were truly viable at any given time became rote. A new update would drop, you’d check Reddit, and then off you’d go with your new build that wasn’t really even yours. If you wanted to win, you had to paint within the lines. 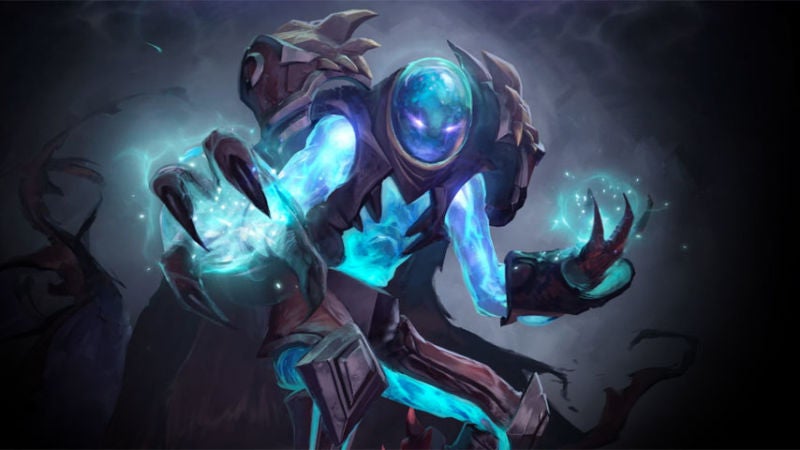 I admit that the new update is still fresh, and somebody could discover an alliance or unit combo that turns the meta into a stagnant, fly-swarmed stew. But for now, I’m having fun trying out ideas and achieving marginal success. Plus, my favourite unit, the self-duplicating Arc Warden, is back in the game, and you can combo him with a magic healing tree to overload the board with clones—a strategy I used to enjoy abusing the heck out of. Dota Underlords is back, baby. It’s good again. Awoouu (wolf Howl).

Right now, Underlords once again has its hooks in my soft underbelly. There are multiple progression systems, which lend purpose to a series of core game conceits that were already very fun. Even so, I’m not yet sure how long I’ll stick around. City Crawl and the battle pass both kinda feel like progress for progress’ sake, rather than truly compelling rabbit holes down which to lose myself. After about eight hours with the game’s full release version, I’m still going strong, but what happens when that new update smell wears off? I guess I’m gonna have to play more to find out. Oh noooooooo, what a terrible fate that’s not at all something I want to do right now and probably also for several hours later today.