It’s the epic crossover years in the making. IDW Comics has unveiled the first look at the new Transformers comic, which pairs the robots in disguise with the gentle equestrian creatures of My Little Pony: Friendship Is Magic. It could very well be the thing that breaks the internet.

Spotted by Equestria Daily and confirmed by Gizmodo, My Little Pony/Transformers is the latest comics crossover involving the Transformers”having previously been featured in stories with the Ghostbusters, Star Trek, and even some zombies. This time around, they’ve been mashed up with My Little Pony in a four-part miniseries, as a spell cast by Queen Chrysalis has brought some Autobots and Decepticons to the land of Equestria.

Can you imagine: Rarity with Arcee, Rainbow Dash with Windblade, and freaking Optimus Prime hanging out with Twilight Sparkle? It’s absolute madness but in the best possible sense. Here’s a look at the cover art. 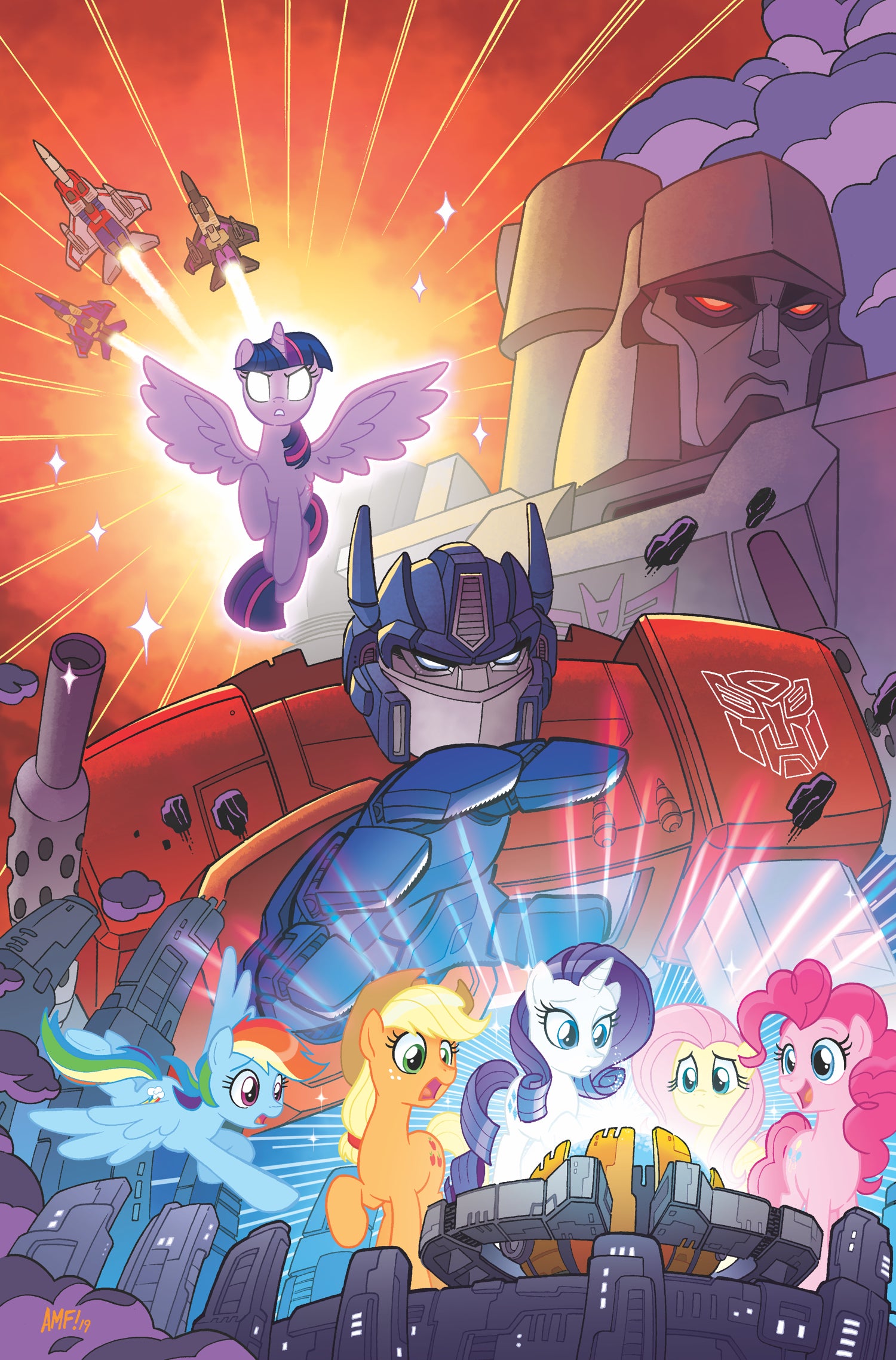 In addition, here’s the synopsis:

In My Little Pony/Transformers, the scheming Queen Chrysalis casts a spell insearch of changeling allies, but accidentally interferes with a distant Cybertronian Spacebridge”¦ and brings the Autobots and Decepticons to Equestria! As the dust settles, it’s up to Twilight Sparkle, Optimus Prime, and others to overcome the menace of malevolent magic and machinery!

A Transformers and My Little Pony crossover comic has been in the works at IDW Publishing for years, to the delight of fans of both franchises. Artist Andrew Griffith recently shared a peek at the version he’d been developing around 2017 that never came together, with colouring by Priscilla Tramontano.

Sadly, it doesn’t look like he’s involved in this latest iteration but Tramontano will be. The series comes from writers James Asmus, Ian Flynn, and Sam Maggs, and artists Casey W. Coller, Jack Lawrence, Sara Pitre-Durocher, Tony Fleecs, and Tramontano, with a special cover by Beth McGuire-Smith.

My Little Pony/Transformers is set to debut with its first of four issues in May.