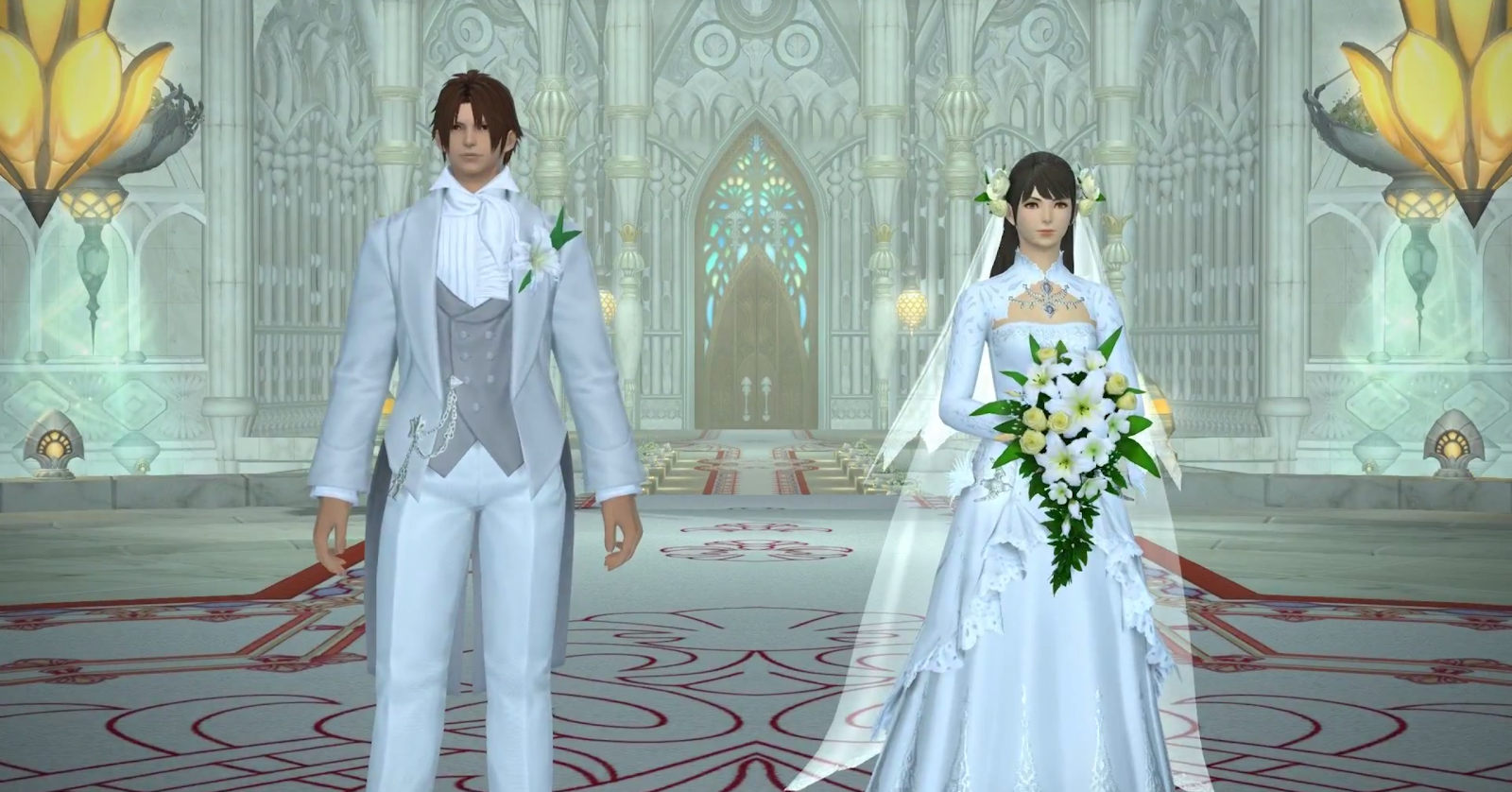 There’s a saying among some Final Fantasy XIV players: “glamour is the true endgame.” While there are plenty of high tier raids and continuing story quests, fashion is a key component of the game, and today brings some good news for players who put fashion first. In the lead-up to the next round of fresh content, patch notes have revealed a key change to Final Fantasy XIV’s wedding attire: you’ll be able to wear whatever you want, regardless of your in-game gender.

The changes to wedding fashion don’t necessarily come as a surprise. When he spoke to Kotaku last May, director Naoki Yoshida revealed that plans were underway to allow players to wear any of the ‘Eternal Bonding’ outfits—a wedding dress and tuxedo ensemble respectively for women and men—regardless of previous gender restrictions. The information came in response to a question about gender neutral clothing options desired by some members of the community, which also prompted Yoshida to talk about progress and queer expression with Final Fantasy XIV.

“We need to see more change in the values people have, and we need to consider for Final Fantasy XIV how we push forward in-game and how we represent it. That being said, we want to address this, and I think it will be gradual…For instance, for the Ceremony of Eternal Bonding, we’ve already started to make adjustments. Once we officially release this, you won’t have gender restrictions. If you both wanted to wear a dress, that’s perfectly fine. If you want to both wear the tuxedo, that would also be fine.”

Those preparations are complete. When the game’s next patch ‘Echoes of a Fallen Star’ releases later this month, you’ll be able to have two dapper gals in fantastic tuxedos, and anyone who wants to wear a dress will be able to. At least for their wedding. 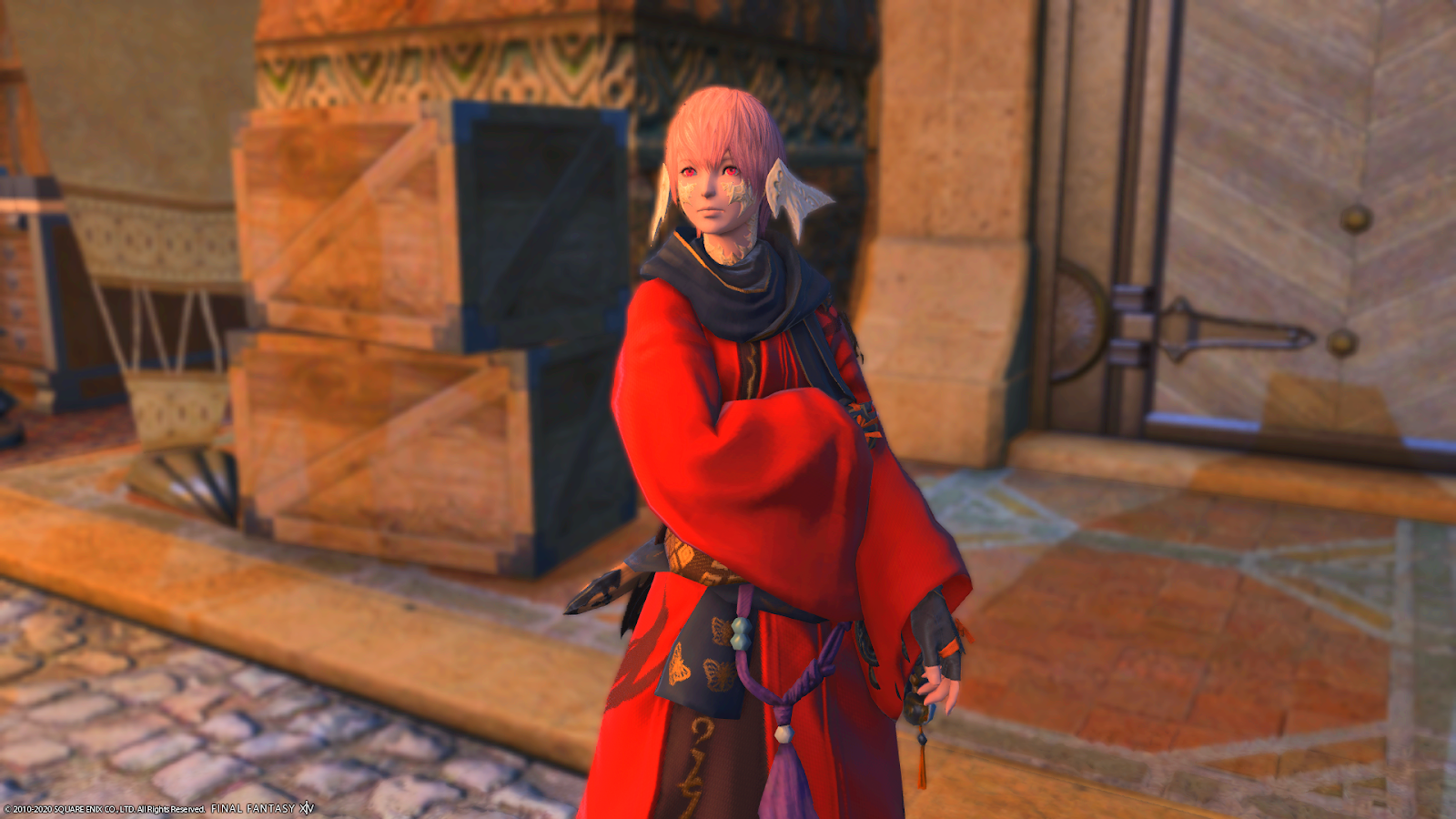 An example of a roleplayer using the female Au Ra body type for a male character. This player will now be able to better express their character’s gender presentation during an Eternal Bond ceremony.

This is good news for queer players but also affects the broader community. Many players on social servers, particularly roleplayers, will sometimes play as a gender different than what the character narratively identifies with in order to get around some of the game’s limited body types. For instance, many Au Ra players who want to fictionally play as men but don’t want to be limited to the race’s bulky male body-types opt to select the female gender to play their characters. Those players, for instance, would now be able to have an Eternal Bonding ceremony wearing a suit.

These are small steps but important ones for broader gender representation and expression in Final Fantasy XIV. That topic is sometimes fraught. Final Fantasy XIV has one of the largest visibly queer fanbases in the MMO scene among games I’ve played. A Final Fantasy XIV float participated in the Sydney Gay and Lesbian Mardi Gras Parade last year. However, in his discussion with Kotaku last year, Yoshida stated that balancing the desires of queer players with an international player base that includes more conservative countries posed a challenge.

“Change is happening,” Yoshida said. “People are becoming more aware and understanding. Values do shift, but I think the pace…is very different depending on individuals. It’s a difficult and delicate situation.”