Fire Emblem: Three Houses Is Being Demade To Look More Like Older Games 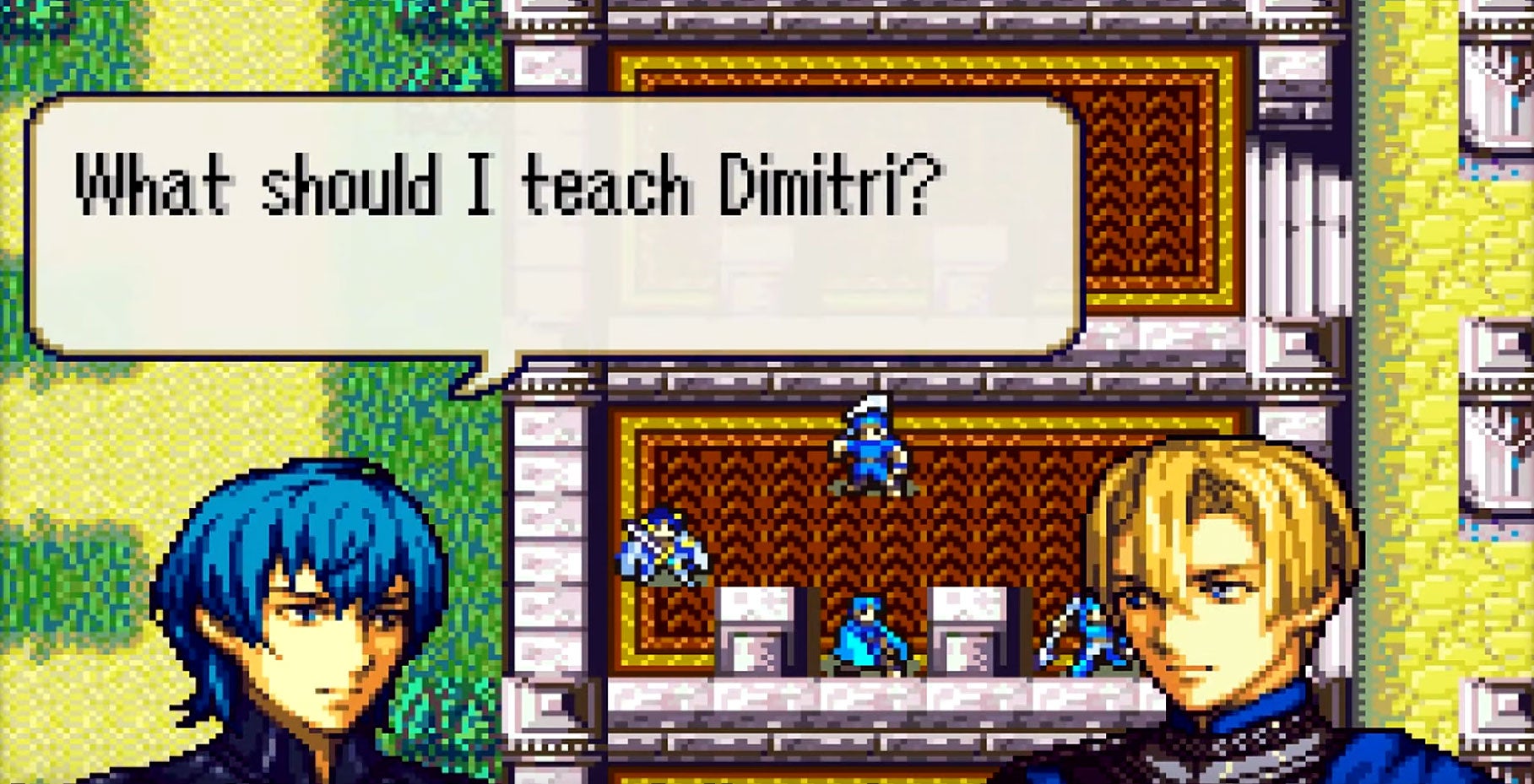 Know what I loved about Three Houses? Almost everything! Know what I didn’t love? A lot of the game’s 3D visuals, from the monastery to the battle mode, looked like arse. Something this ambitious mod project is looking to fix.

FE: Three Houses GBA Demake is an attempt to entirely remake the game with retro pixel art, more in keeping with earlier games in the series. You can see it in action in this progress update below, which includes everything from wandering around Garreg Mach to the classroom to combat scenes:

If you were wondering how a fan project would be able to include all three branching storylines, the answer is that they’re not. To keep things manageable, only the Blue Lions arc will be featured, which as a Golden Deer upsets me, but I guess for practicality purposes I’ll just have to learn to accept it.

For anyone wondering about the future prospects of a project like this, the fans working on it are doing so behind closed doors, so there’s nothing playable or public for Nintendo to shut down until they’re done.