Guilty Gear Director: Strive Will Be The Deepest Game In The Series 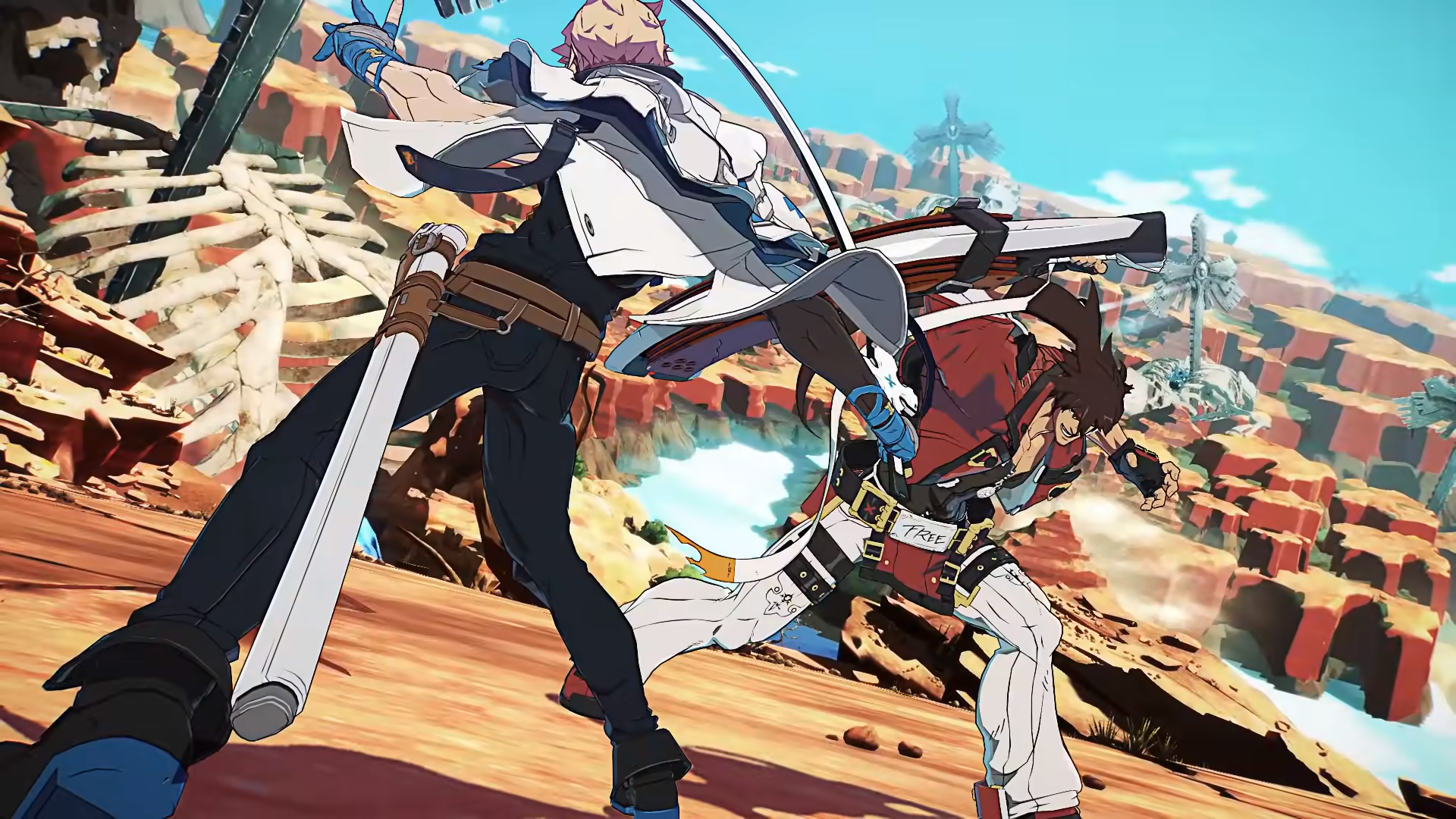 Screenshot: Arc System Works
Facebook may have decided that you shouldn’t see the news, but we think you deserve to be in the know with Kotaku Australia’s reporting. To sign up for our daily newsletter covering the latest news, features and reviews, head HERE. For a running feed of all our stories, follow us on Twitter HERE. Or you can bookmark the Kotaku Australia homepage to visit whenever you need a news fix.

Guilty Gear Strive is Arc System Works’ upcoming sequel to Guilty Gear Xrd, which reinvigorated the series’ competitive scene as the first new entry in 12 years. The competitive community has a lot of expectations for Strive, and they haven’t been afraid to point out issues they’ve seen in early builds. Kotaku spoke to Guilty Gear Strive director Akira Katano for more details on how the studio plans to address these concerns. The game may look simple, Katano said, but it’s actually much deeper than its predecessors.

Guilty Gear is a series known for its intense and complicated combat systems. The pace can be imposing even for experienced fighting game players, not to mention beginners. Strive is attempting to change this in several ways, and many veteran competitors see the upcoming game’s new UI and updates to moves as an oversimplification of the series’ core concepts. Strive, Katano told Kotaku via email, is all about giving an “impression of simplicity” to draw players in before revealing “a level of depth previously unseen in the Guilty Gear series.”

“It’s not a simple game, as in having limited options or overly easy execution, at that deep level,” Katano explained. “We’re in the process of changing what made the prior games interesting into something both new and interesting. The style may be different, but we are putting in the effort to make it even more engaging than our previous titles.”

In theory, this sounds great, if a little rote. But from early showings, it’s clear that the folks in charge of Strive have simplified fundamental elements of the Guilty Gear formula.

Strive’s user interface is frankly pretty ugly, somehow both minimalist and obtrusive at the same time. An important aspect of Guilty Gear gameplay known as the R.I.S.C. gauge, which determines damage and hitstun scaling, is practically hidden. Katano said this was one of the most criticised aspects during public Strive showings and that the studio plans to show off an “improved” user interface this spring.

“We believe information that can affect the outcome of the match, including the R.I.S.C. level, should be easily understood at a glance,” Katano said. “Since Guilty Gear has a lot of gameplay mechanics that change your status throughout a match, we’ve been concerned that having all of these visible on screen makes the game look complicated to players. Our plan is to carefully avoid that, while also displaying everything necessary. We’ll be searching for the proper balance using everyone’s feedback.”

Katano also shared some context about Strive’s controversial changes to airdashing, which were first shown in a build at Evo Japan last month. Much like grounded dashing, airdashing is all about quickly closing the gap between you and an opponent. The airborne version serves a dual purpose in that it provides surprise attacks from above using what’s known as “instant airdashing.” This powerful technique allows players to perform an airdash soon after leaving the ground and is ubiquitous in anime-inspired fighting games like Guilty Gear.

Unlike previous installments, airdashing in Strive is very deliberate and obvious. There’s a clear “wind-up” animation before every airdash that creates a noticeable delay before the character shoots forward. It’s not all bad—characters can now perform attacks sooner while airdashing, creating interesting mixup opportunities—but the community is wary of anything that fundamentally changes the way Guilty Gear has been played in the past. Katano said this was all about making airdashes more “recognisable” to a wide variety of players.

“With the previous airdashes, it was difficult for players new to the series to imagine a way to deal with them,” Katano explained. “This was one reason why it was difficult for new players to get into the game. However, in order to both fix that problem and create a new element to the gameplay, we’ve made it so that you can change the trajectory of your air dash by altering the timing of your attack. This mechanic maintains the feel of a Guilty Gear game, and gives more strategic options than were available before.”

Players are also concerned about the issue of “netcode,” which has been a hot topic in the fighting game community as of late. Many fighting game players are calling for developers to finally adopt a technology known as “rollback netcode” for a smoother online experience. American studios like those behind Killer Instinct, Mortal Kombat, and Skullgirls have shifted to this framework for online multiplayer, but Japanese devs are noticeably dragging their feet.

Arc System Works has simply ignored the community’s calls for rollback netcode in the past, but players received a glimmer of hope when this technology was mentioned in questionnaires handed out during public Strive demonstrations. Katano was non-committal about the possibility of rollback netcode being used in the upcoming game during our conversation, but noted that he is aware players want it and said he considers worldwide enjoyment a necessary part of Strive’s success “even more than prior games.”

Guilty Gear Strive and its developers have a lot of responsibility on their shoulders. Fans of the series are diehard in their devotion and see Strive as an opportunity for the series to return to the forefront of fighting game competition. In many ways, Guilty Gear Xrd felt like a straightforward continuation of the rock-and-roll-inspired franchise despite arriving over a decade after the previous entry, but like The Rolling Stones flirting with disco, it’s clear that Arc System Works is dedicated to broadening its popular appeal with Strive.