Under Hasbro’s lead, the Power Rangers brand has become very crossover friendly, particularly in the comics. The Justice League? That happened. Street Fighter? Bizarrely, yes. Teenage Mutant Ninja Turtles? Naturally. It wouldn’t be the first time. But they’re doing more than crossing over. They’re turning their new collaborators into something different. Something powerful. Something with attitude.

Slowly but surely, Hasbro is , which turned Ryu himself into a Power Ranger. Later, Chun Li followed. Now, as first revealed yesterday at Toy Fair, the Boom! Studios crossover comic, MMPR/TMNT is in sight of its endgame: turning the Teenage Mutant Ninja Turtles into Power Rangers. Officially dubbed the Mighty Morphin’ Turtle Rangers”though I prefer the Teenage Mutant Ranger Turtles”these are the beloved turtles as the original Mighty Morphin’ Team. There’s Raphael as Red, Leonardo as Blu, Donatello as Black, and Michelangelo as Yellow. And is that April O’Neil as the Pink Ranger?

Oh, my God, that’s April O’Neil as the Pink Ranger.

Power Rangers fan site Morphin Legacy has the story, with all of IDW and Boom’s promotional images collected. You can see them below, as well. The designs are solid. And, while the turtles are now Rangers, the Rangers are now ninjas. Which is fun, but, well, we’ve seen that before. 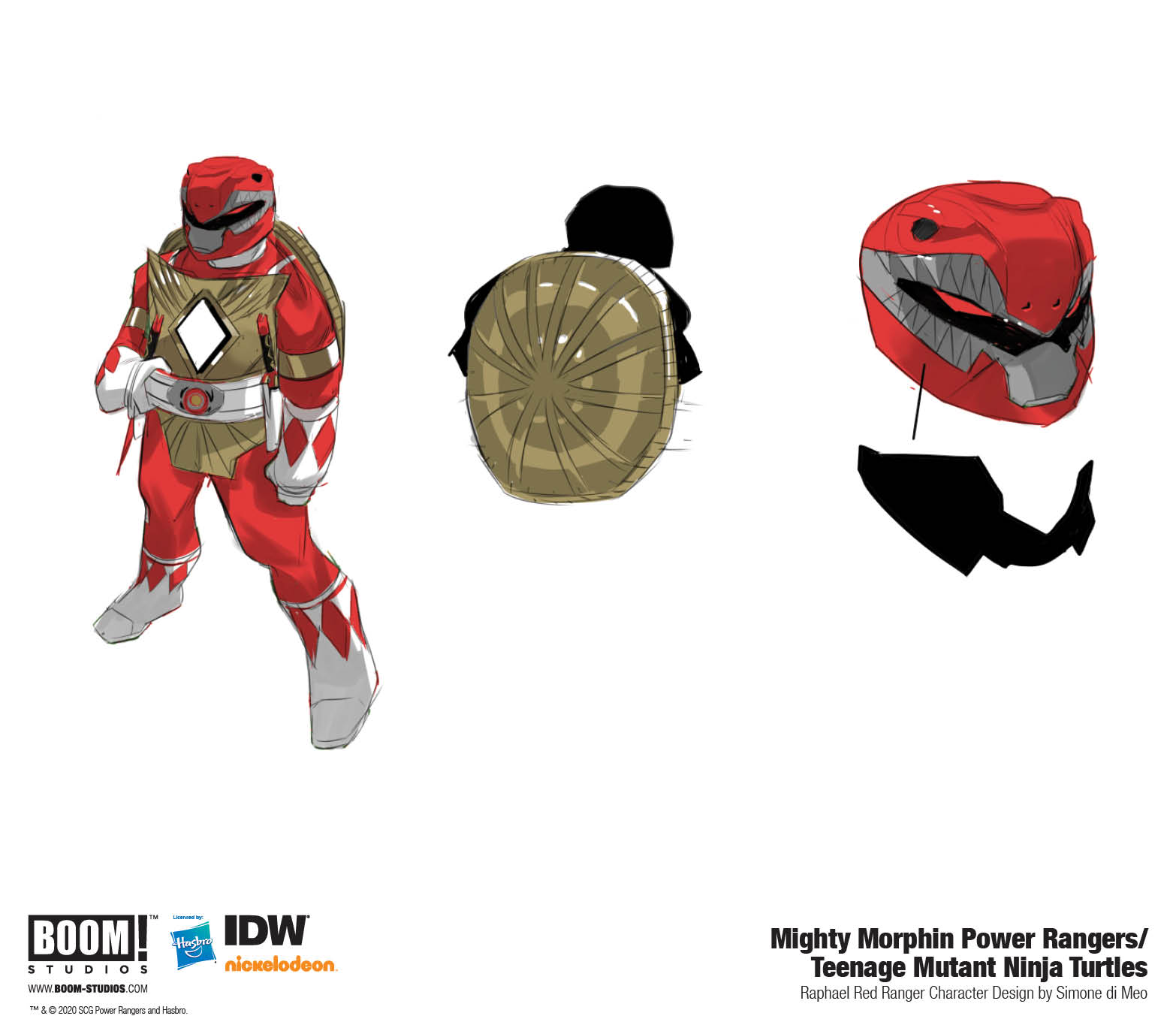 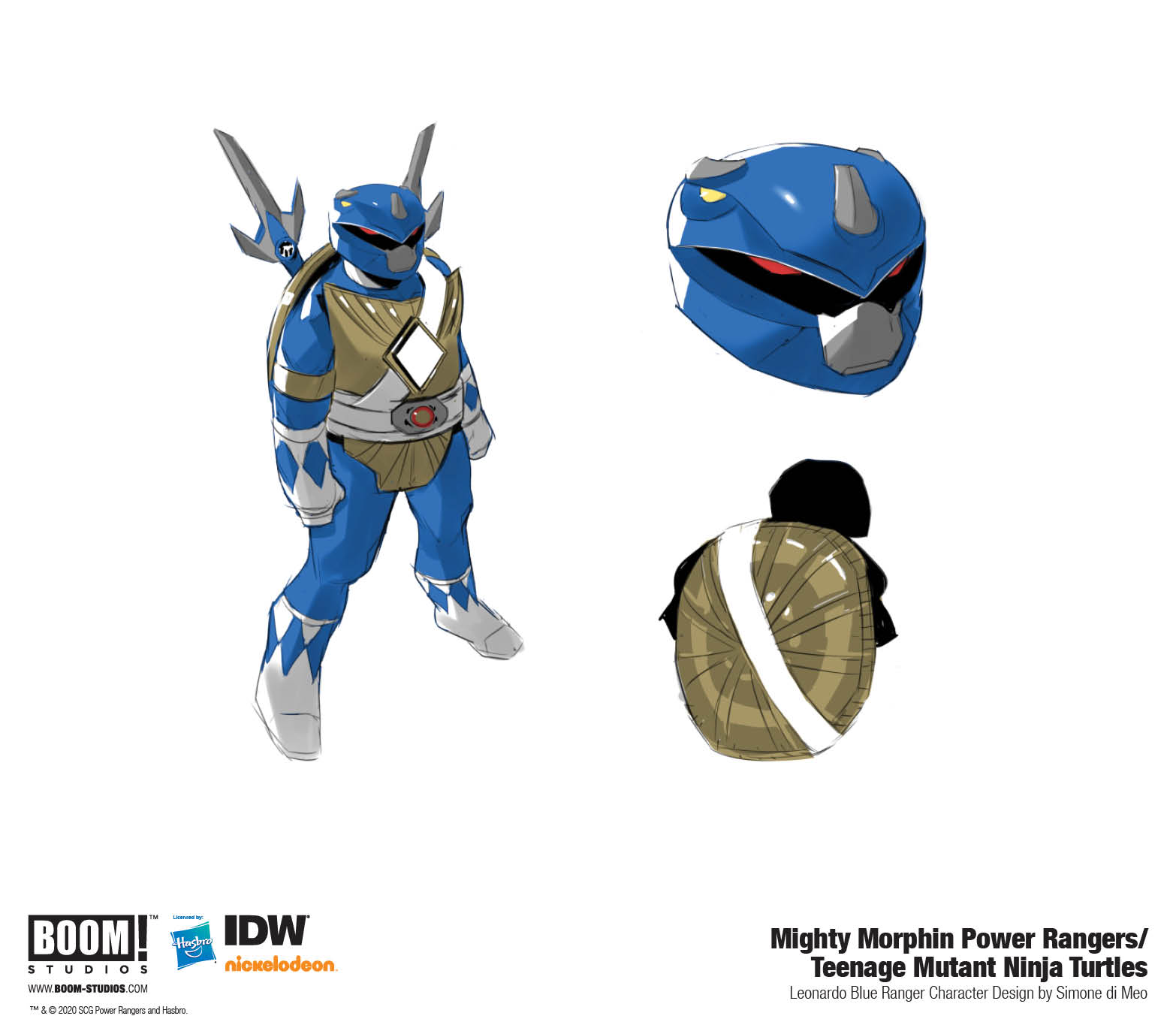 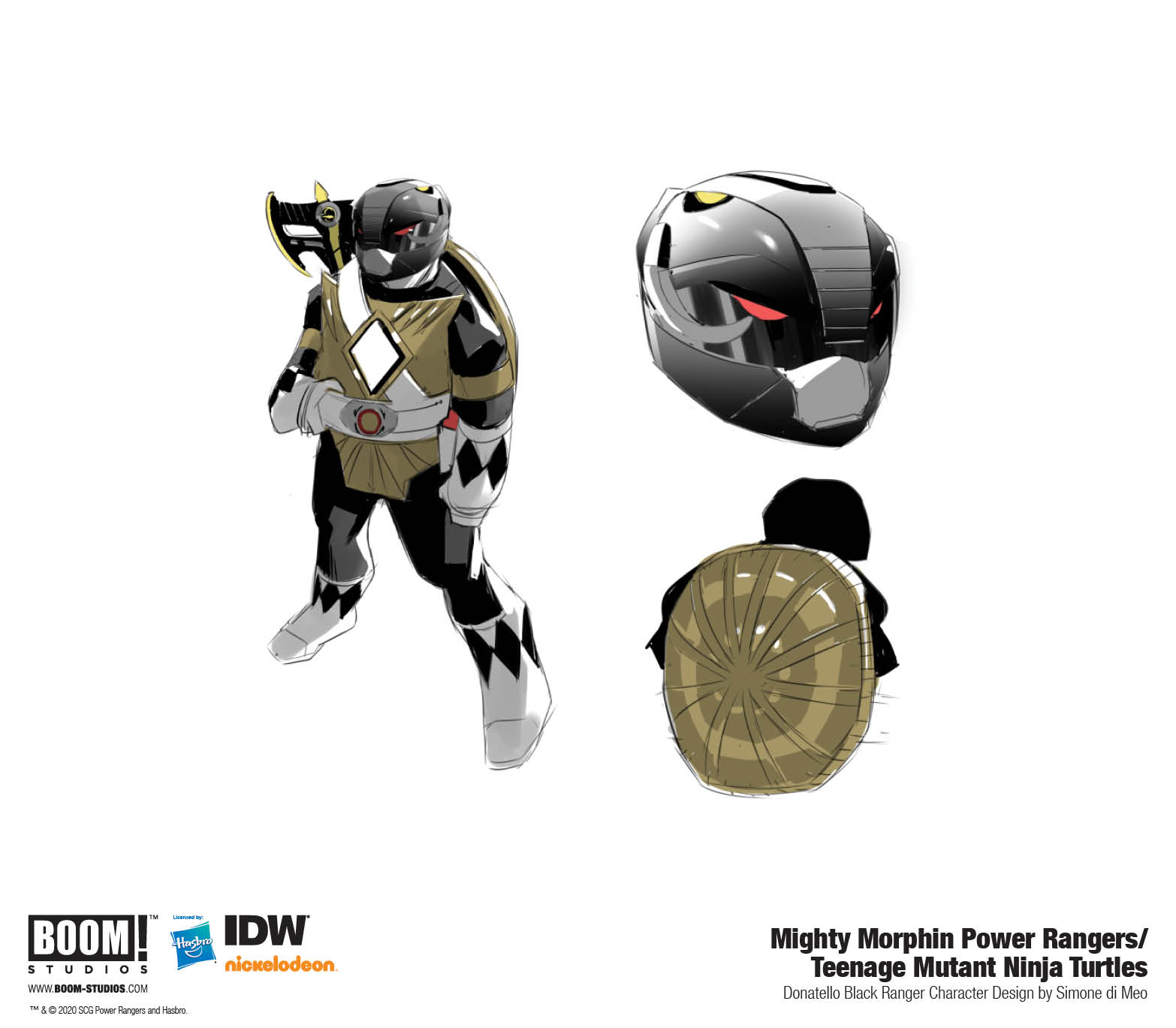 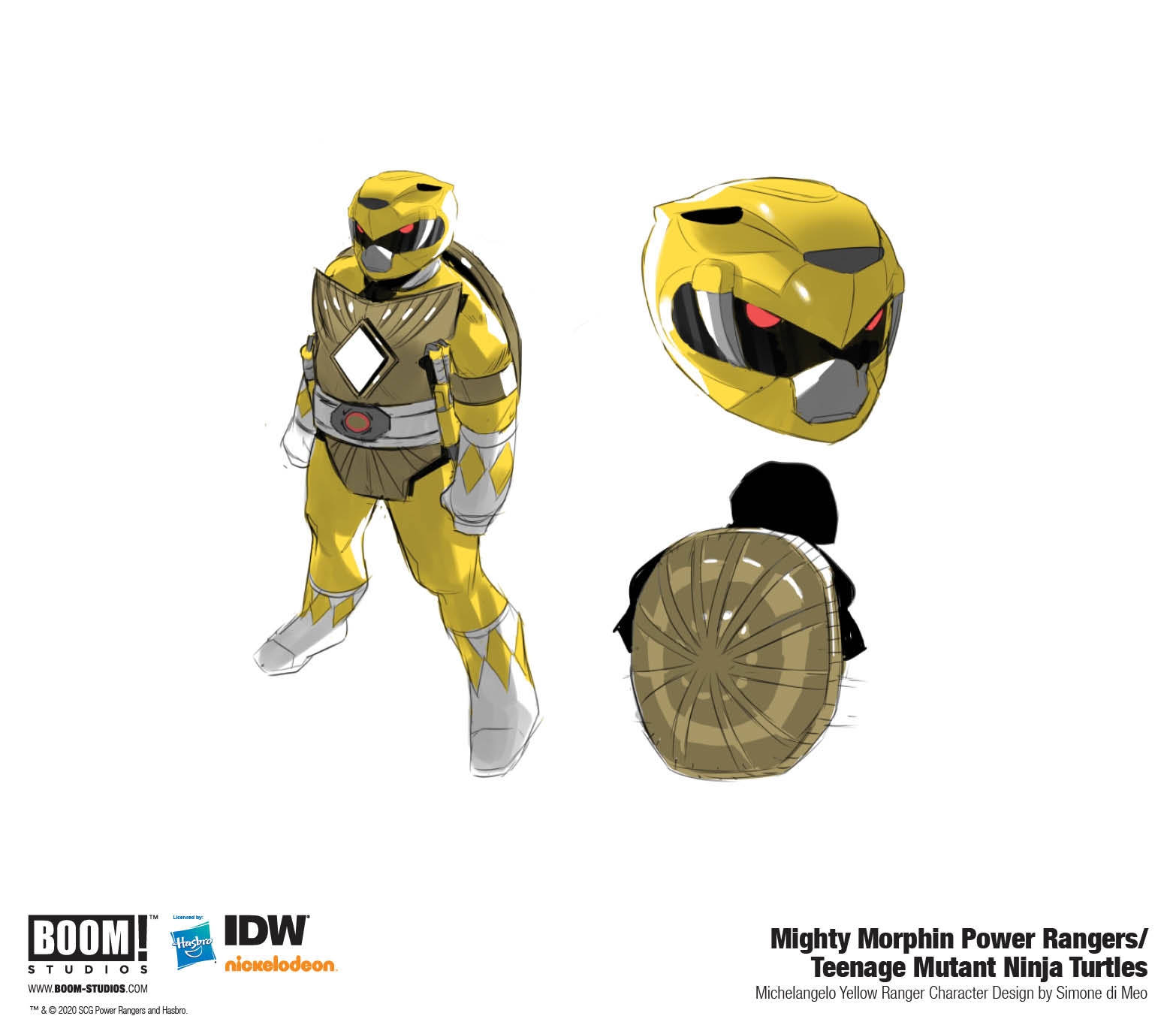 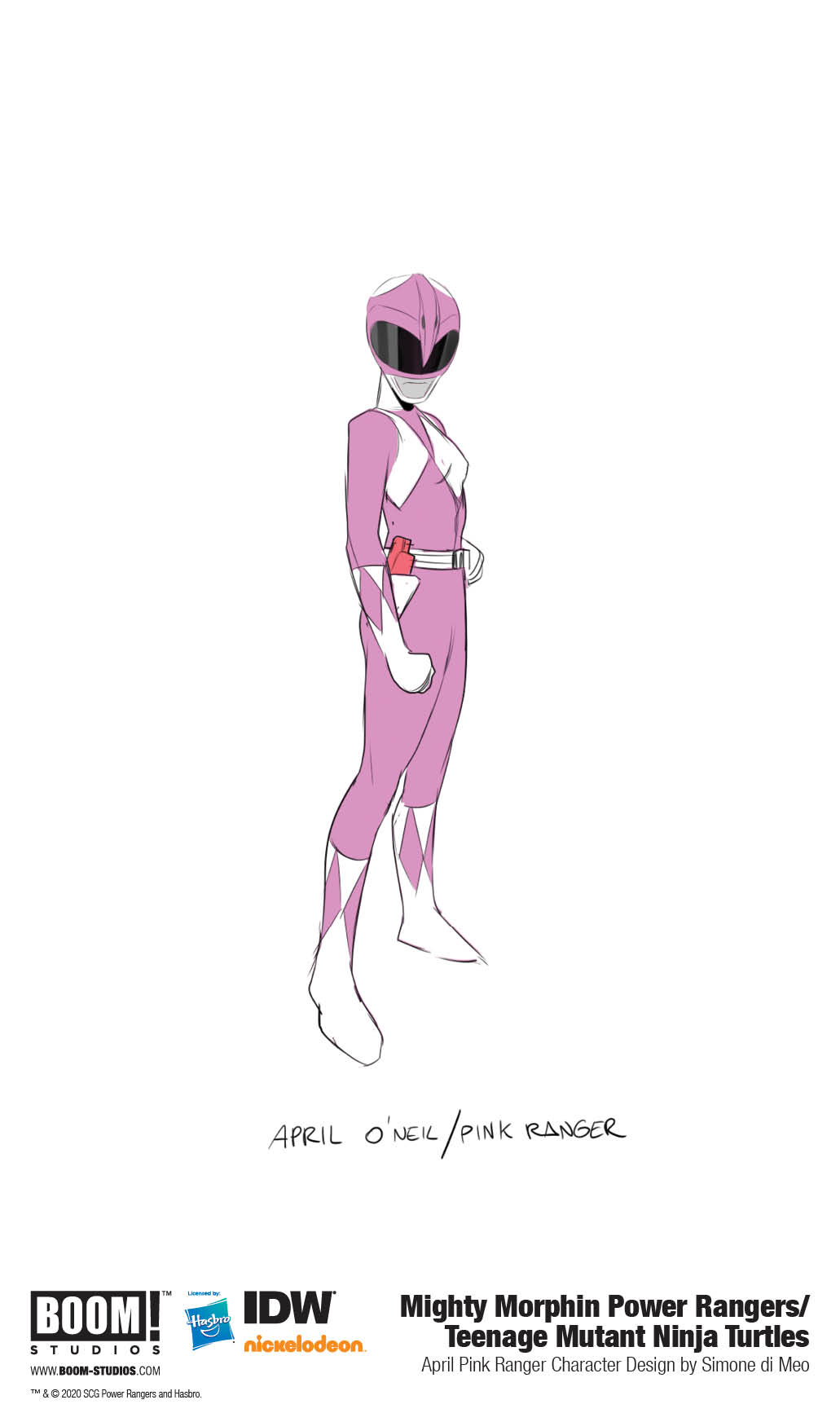 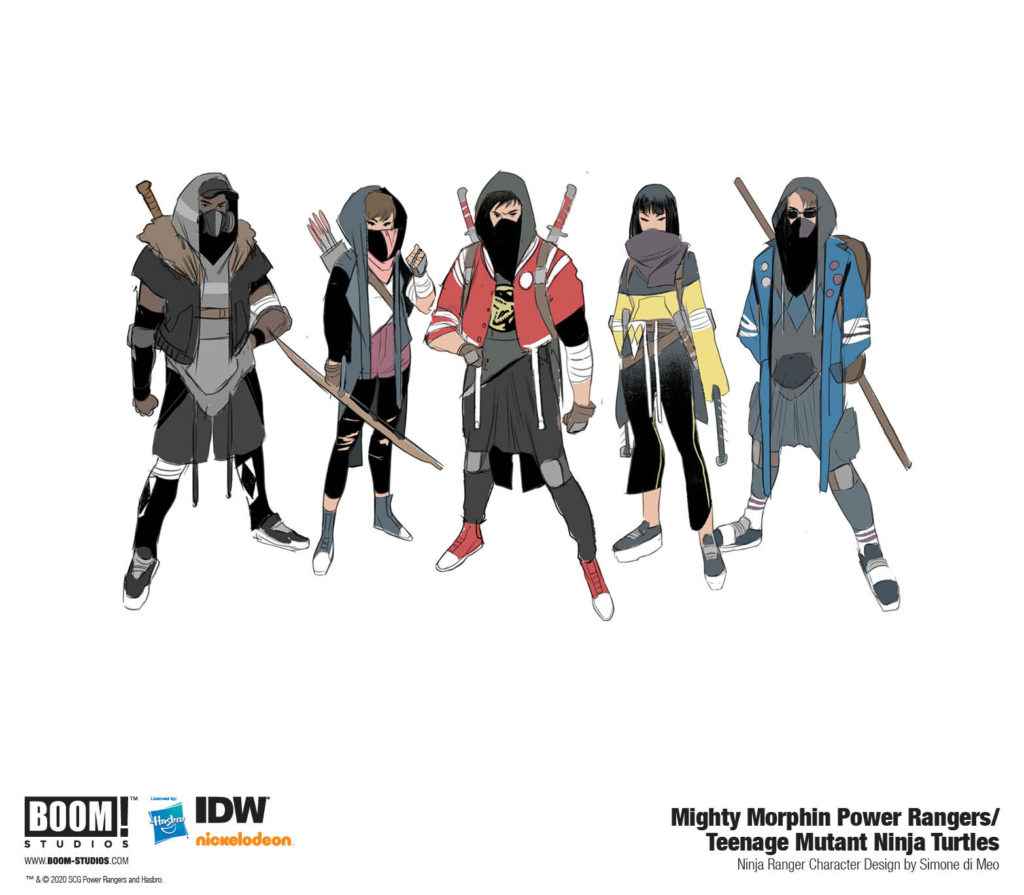 There’s also, revealed last month, an iteration of Shredder who takes on the mantle of the Green Ranger. And his design is pretty incredible, too.

So who’s next, Hasbro? Transformers? GI Joe? The good, innocent people of this fine country? Where will this Power-Ranger-ification end? And, wait, why didn’t we get Batman as a Power Ranger?

I know where this will continue, however: with the fourth issue of MMPR/TMNT, to be released this March.