Last night I dreamt I was being relentlessly chased by spinning sawblades.

Yesterday Devolver Digital revealed Disc Room, a game coming to Steam later this year in which a scientist dodges his way through an alien deathtrap made up of rooms filled with spinning blades. It’s a collaboration between developers Kitty Calis, Jan Willem Nijman, Terri Vellmann, and Doseone. The trailer made me incredibly anxious. So much so it ended up sleeping over.

Look at this screenshot. 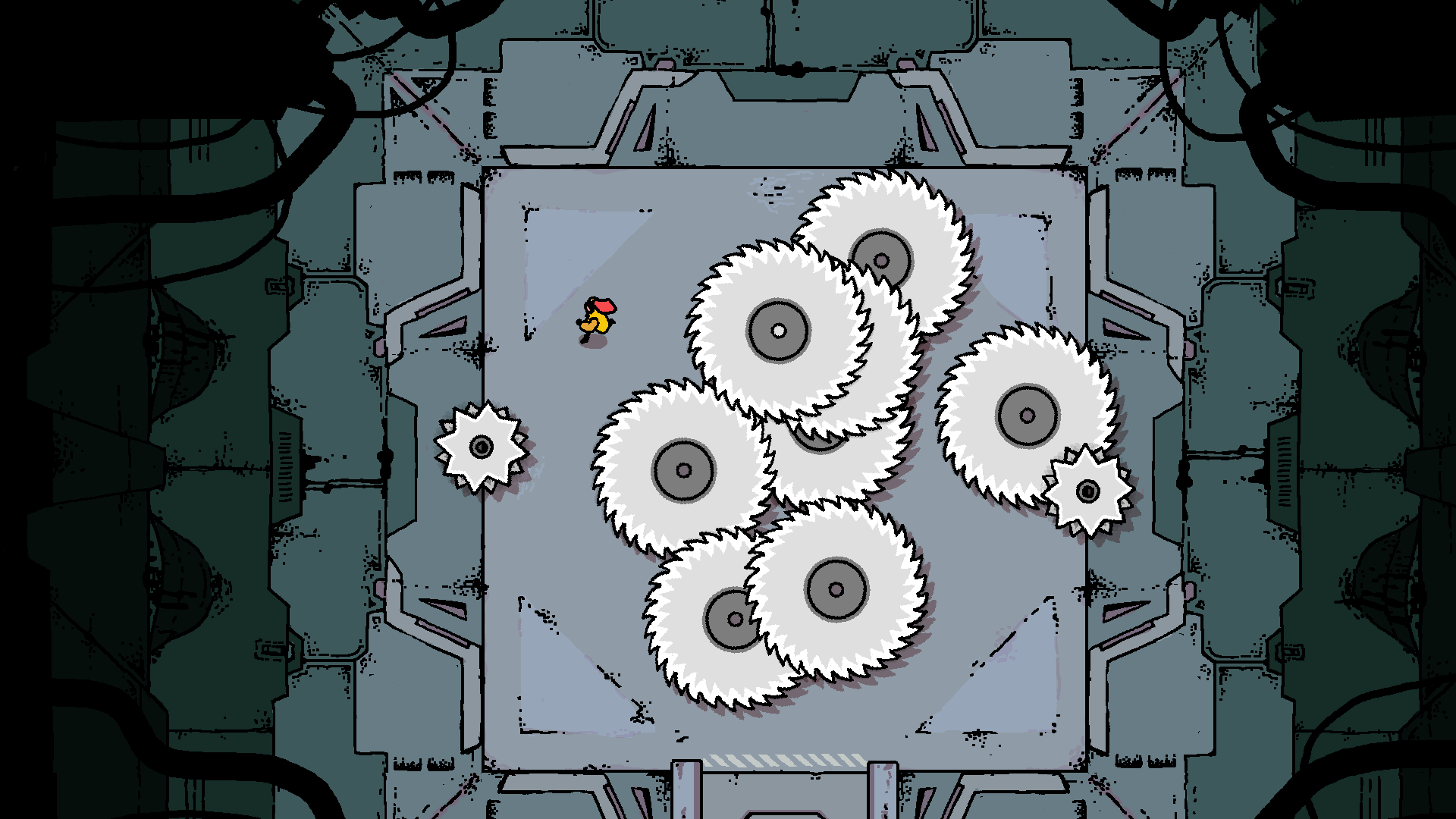 It depicts a very stressful situation. Blades of differing shapes and sizes, spinning about an enclosed space. And that poor little man, his only recourse, at least from what we’re seeing in the trailer, is to dodge for his life, lest this happens. 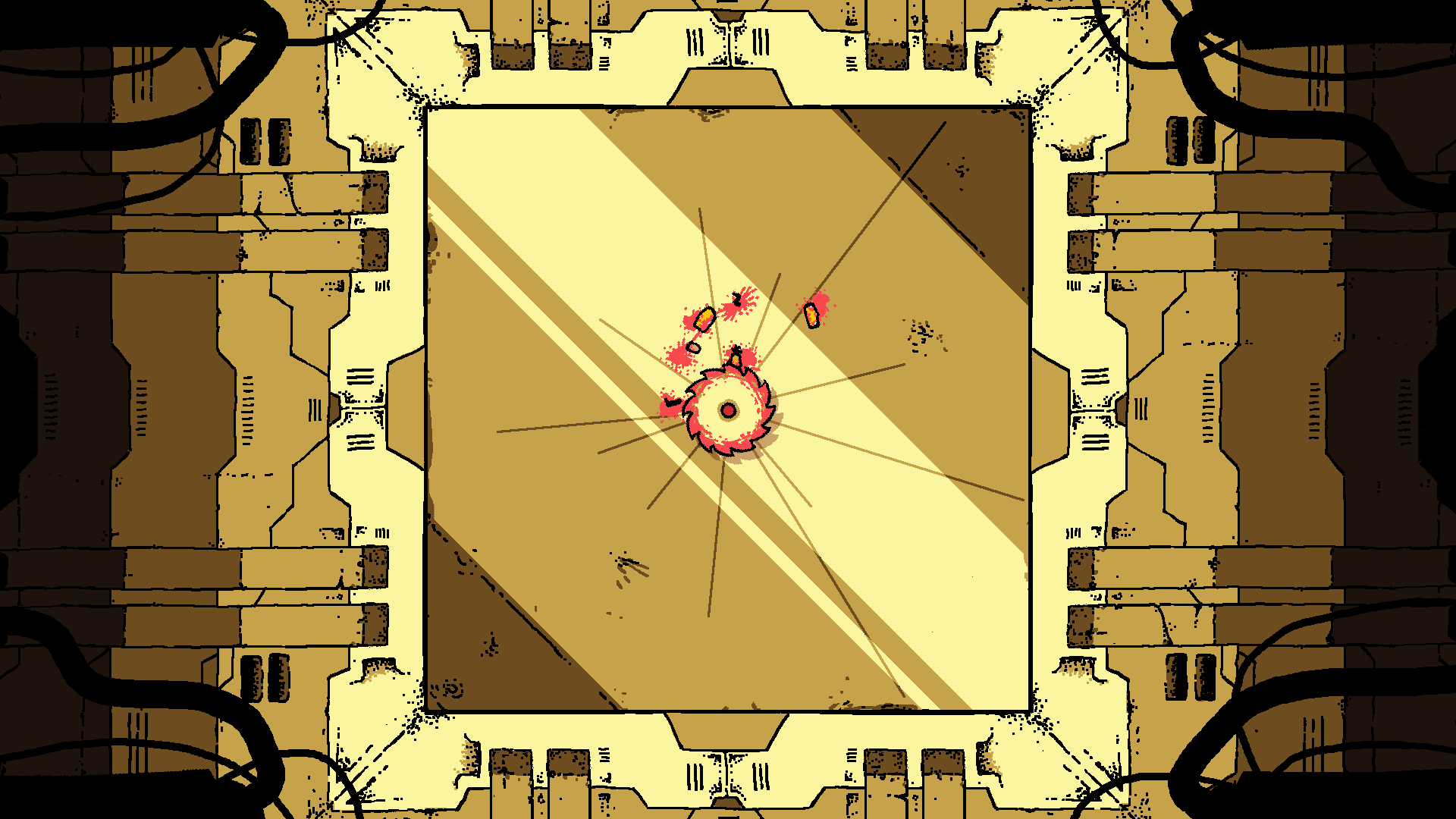 Now imagine that Disc Room was in first-person. Picture trying to avoid those deadly metal-toothed discs without the benefit of an overhead view. The buzzing noises ringing in your ears, the breeze from blades passing far too close tickling your skin in the worst way. Making a misstep, bracing for the worst, only to have the trap reset itself and the fun begin anew.

That’s where I was for an indeterminate portion of my dream sleep last night. Normally I have to play a game for hours for it to stick with me like that. Disc Room did it in four or five viewings of its debut trailer.

I suppose it’s a good sign for Disc Room, that a game I’ve only experienced in clips and screenshots could make such a strong impression. I almost feel jealous of the folks getting hands-on with it at PAX East this weekend. Almost.