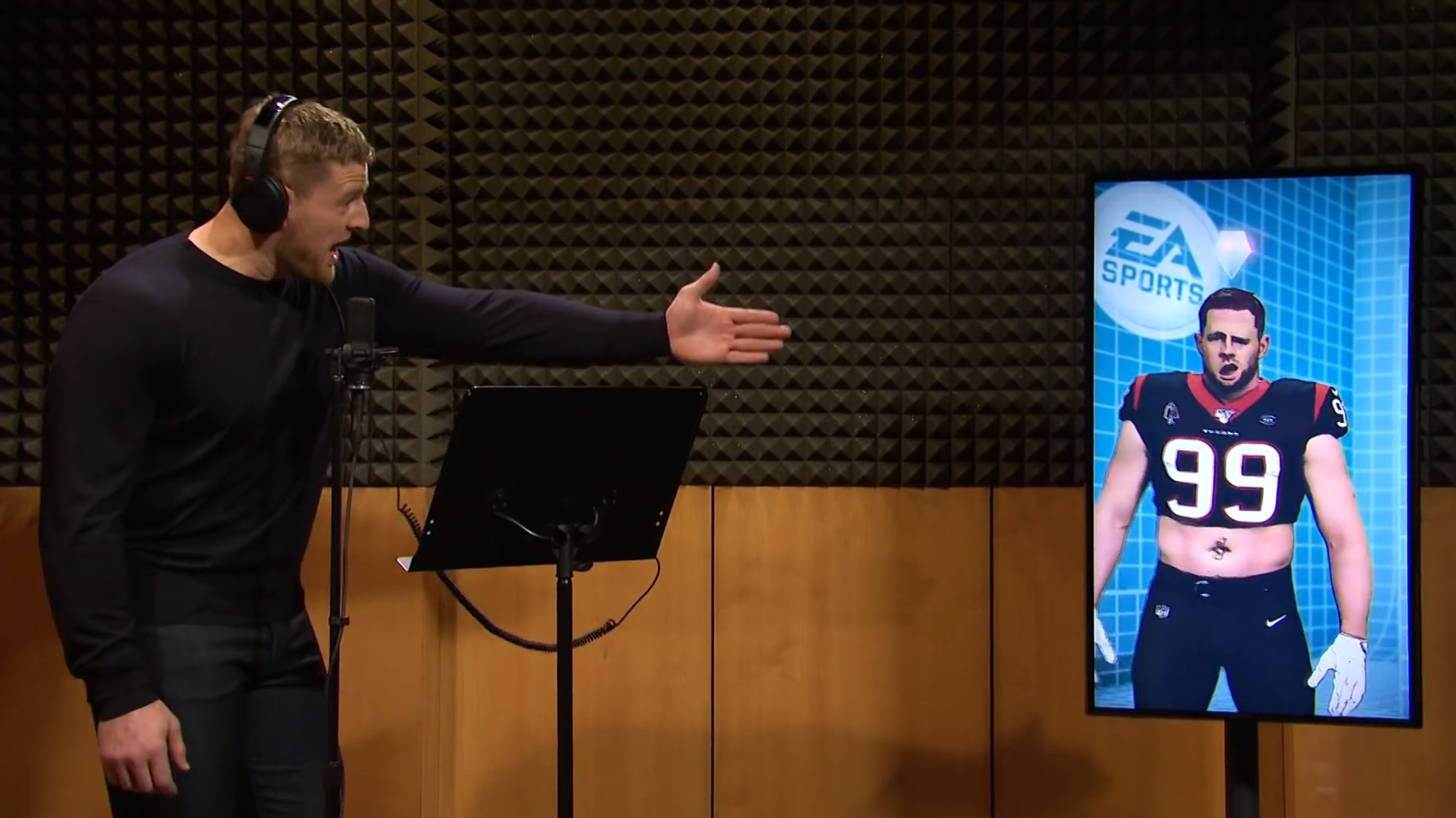 I don’t watch a lot of sports, so I’m not sure how good of a football player J.J. Watt is in real life. But I assume he’s not as terrible as his Madden 21 counterpart featured in a Saturday Night Live skit from last night.

J.J. Watt hosted SNL last night. The 3o-year-old NFL pro plays for Houston Texans. In one skit, Watt is forced to record audio lines for his in-game character which makes it seem like his Madden 21 avatar really sucks. He makes fun of a kid in a wheelchair, complains about people not coming to his birthday party and keeps making mistakes on the field.

Again, I don’t watch football, so maybe Watt isn’t great on the field. But I’ll give him credit for doing a good job in the skit. His reactions to some of the lines he is forced to record are genuinely funny. I especially love his reaction to the SECOND time he makes fun of a young boy in a wheelchair. It really does seem like the Madden devs in the sketch hate J.J. Watt.

Eventually, they show him an in-game video of his character and it looks...off. For starters, it has a belly button piercing. Watt does appreciate that they at least got his touchdown celebration correct.