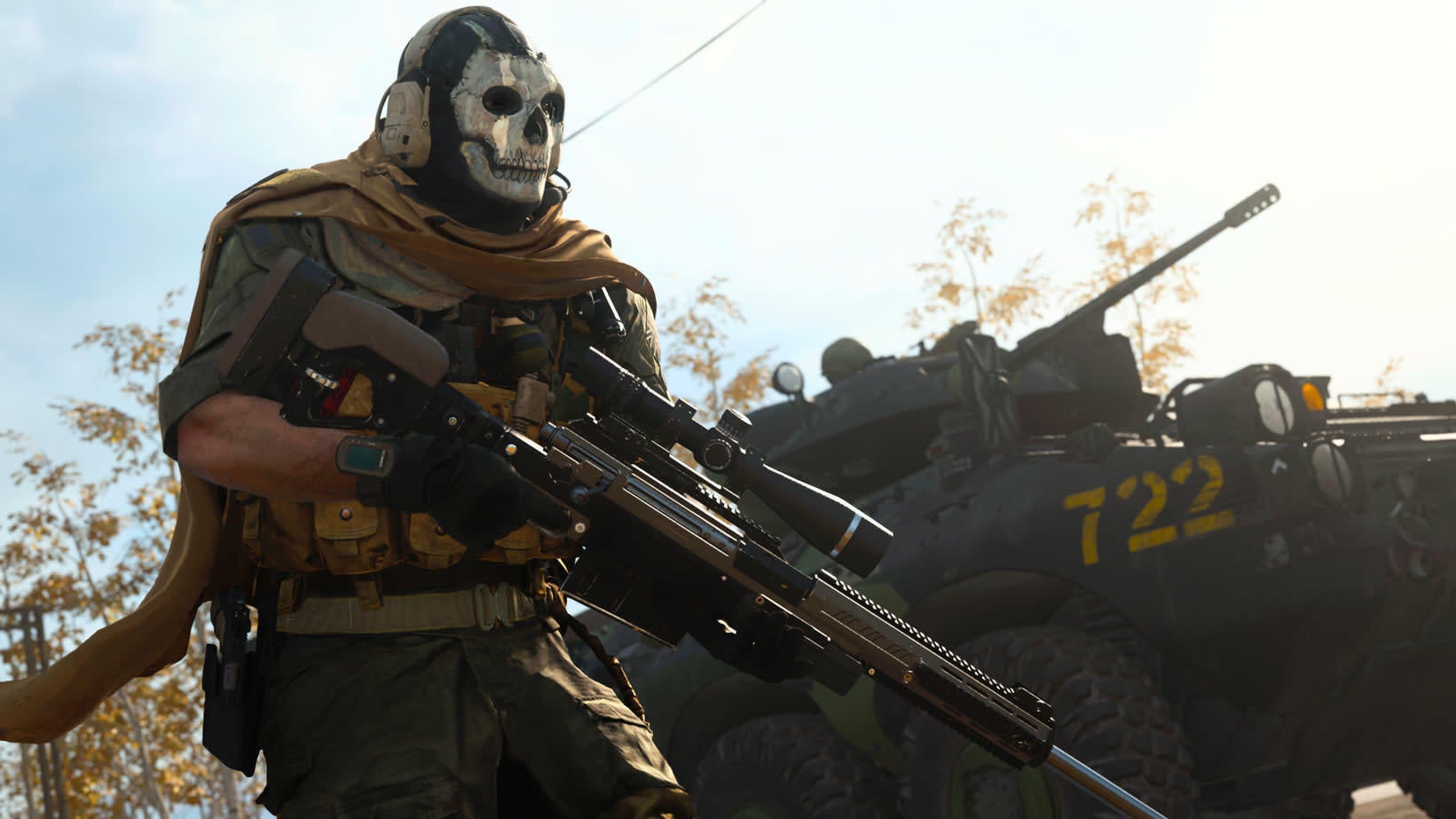 Screen from <em>Call of Duty: Modern Warfare</em> Season Two. (Screenshot: Activision)
To sign up for our daily newsletter covering the latest news, features and reviews, head HERE. For a running feed of all our stories, follow us on Twitter HERE. Or you can bookmark the Kotaku Australia homepage to visit whenever you need a news fix.

Looks like Call of Duty: Modern Warfare will have its own battle royale mode in short order. A series of glitches and leaks following the release of the game’s “Season Two” content are pointing to an upcoming mode called “Warzone.”

Given the success of Call of Duty: Black Ops 4’s similar “Blackout” mode, battle royale for Modern Warfare doesn’t seem too far-fetched. Official teasers that seemed to be pointing towards an impending launch of a battle royale mode surfaced on February 11 with the start of Modern Warfare’s Season Two. The cinematic trailer for Season Two featured what looks like a ring of gas closing in as soldiers parachute down onto the battlefield.

But the hints don’t stop there. Modern Warfare’s main menu also now features a “Classified” mode that remains locked. However, one Reddit user ‘ARedWerewolf’ claims that they were able to glitch their way into a lobby for the classified section. Screenshots purported to be from the mode are identified by a logo in the top left reading “Warzone.”

The image posted to Reddit has a tab listed as “Drop Kits,” which suggests that the mode would let players customise their equipment prior to dropping into a match. This could be anything from a custom parachute or even a starter weapon. Another screenshot shows a locked tab for a Warzone training mode.

YouTuber “PrestigeIsKey” tweeted that you can see what could be the battle royale map by entering a private match on the new “Atlas Superstore” map that arrived with Season Two. While in the private match, you need to enter the “CODcaster mode,” which is primarily used for spectating in Modern Warfare’s “Call of Duty League” esports matches. Flying up to get an eagle-eye view of the map only seems to offer a low-resolution view, but he was able to tweet some decent overhead screenshots.

Also following Modern Warfare’s Season Two update, what purports to be a promotional image was leaked on Reddit, also titled Call of Duty: Warzone. The image showed soldiers standing around a downed helicopter. The user quickly deleted their account, but the image spread like wildfire. Charlie INTEL reported the images are being deleted until it was apparently deleted due to a copyright claim.

The official teasers from Activision and Infinity Ward have been very subtle, but Warzone appears to be a real thing, and Infinity Ward’s own spin on the battle royale genre. And given the Season Two teasers, it could be dropping into Modern Warfare at any time. Kotaku has reached out to Activision for comment.