Lego Masters Is A Magnificent Showcase Of Building Talent

The American version of Lego Masters debuted Thursday, pitting 10 teams of creators against the clock, each other, and host Will Arnett’s sense of humour as they attempt to construct elaborate Lego builds. Even the creations that fail are extraordinary.

Lego Masters is like the Great British Bake Off, but players work in teams, have a lot more time to “bake”, and they can’t eat their creations. The show originated in Britain in 2017, followed by an Australian version in 2019. Now it’s come to America, hosted by Will “Lego Batman” Arnett and featuring a diverse assortment of two-person building teams. There’s a father and son, big burly bearded men, a Lego engineer and his dudebro, a pair of cosplayers, two mum-types, and even a team that includes former Kotaku weekend editor Flynn DeMarco. The team’s creations are judged by Amy Corbett and Jamie Berard, prominent members of The Lego Group. 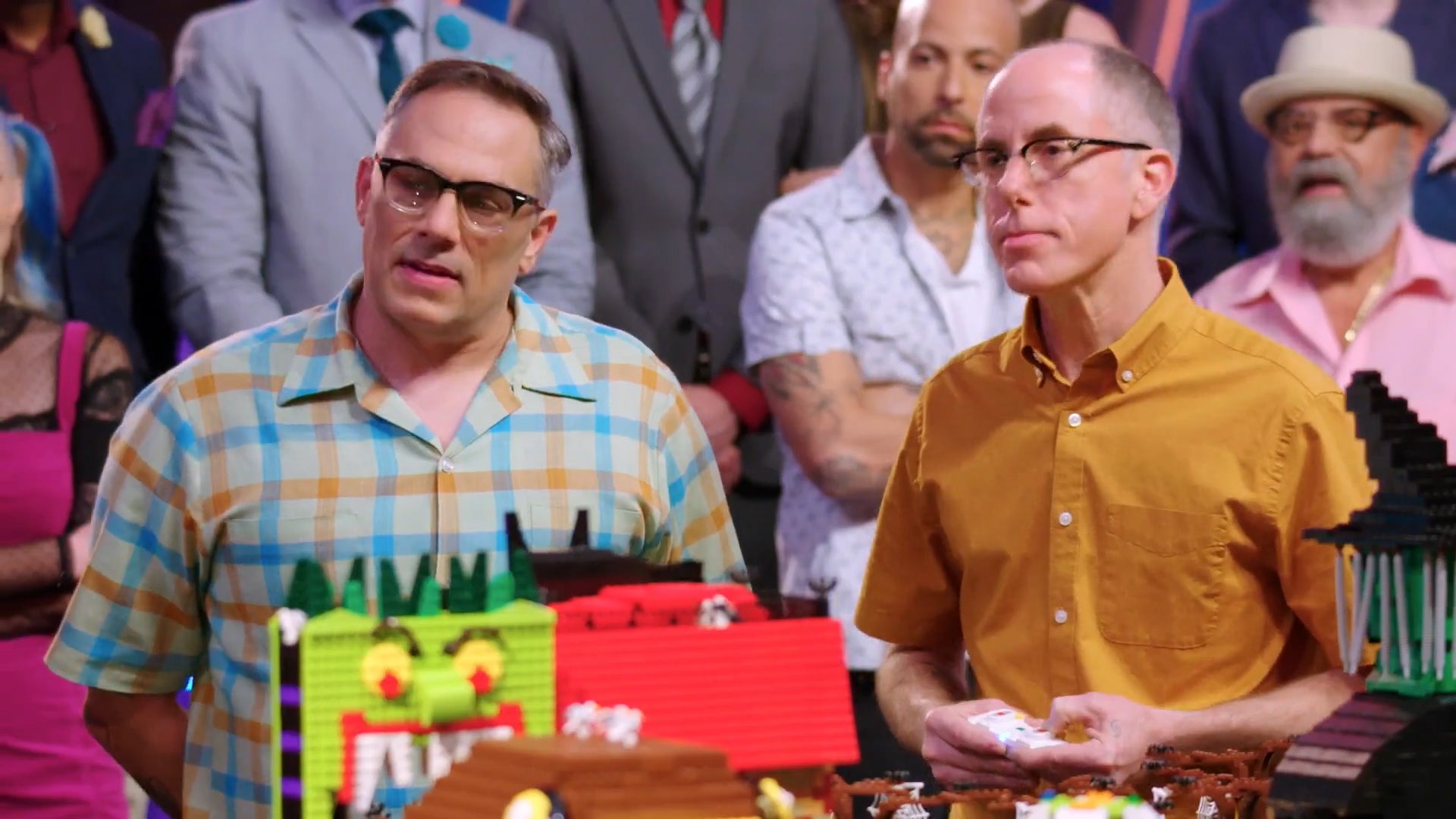 The show works like any other reality show competition. Each week the teams are given some sort of themed building task. The team that does the best is granted a “golden brick”, which can be traded for immunity in a future challenge. The team that does the worst has to go home. At the end of the season, one team is awarded $US100,000 ($148,223), a trophy, and the title of “Lego Master”.

For the premiere, teams were given 15 hours to create a large theme park-inspired build, complete with moving parts. To an amateur builder like myself, that seems like an awful lot of time to spend putting together Lego stuff. I’d need a television and some Netflix, maybe a podcast to listen to. I’d probably take a nap halfway through. The builders on the show had no distractions and no naps. They just went to town, demonstrating a remarkable level of talent and skill.

Each team chose a theme, made a plan, and got building. Some teams, like newlyweds Tyler and Amy, spent a lot more time planning than building, blowing a couple of hours on coming up with a concept. The strategy worked for them, however, resulting in a gorgeous farm-themed amusement park with a massive working egg drop ride in the middle. 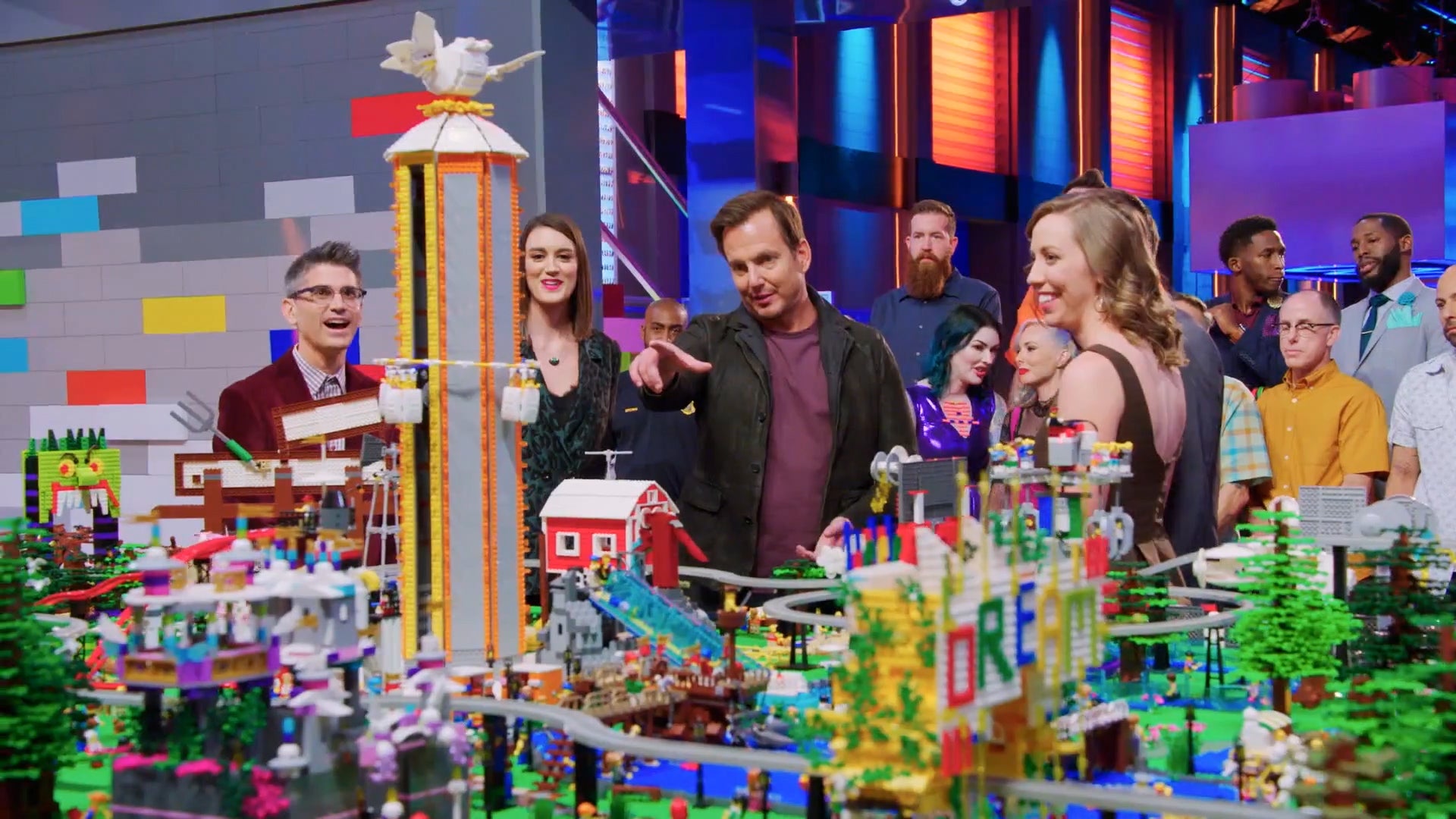 Puerto Rican father and son team Manny and Nestor were deemed one of the two bottom teams for the episode. Keep that in mind as you look at their spectacular park. It’s got water slides, a spinning sign, and so much detail. 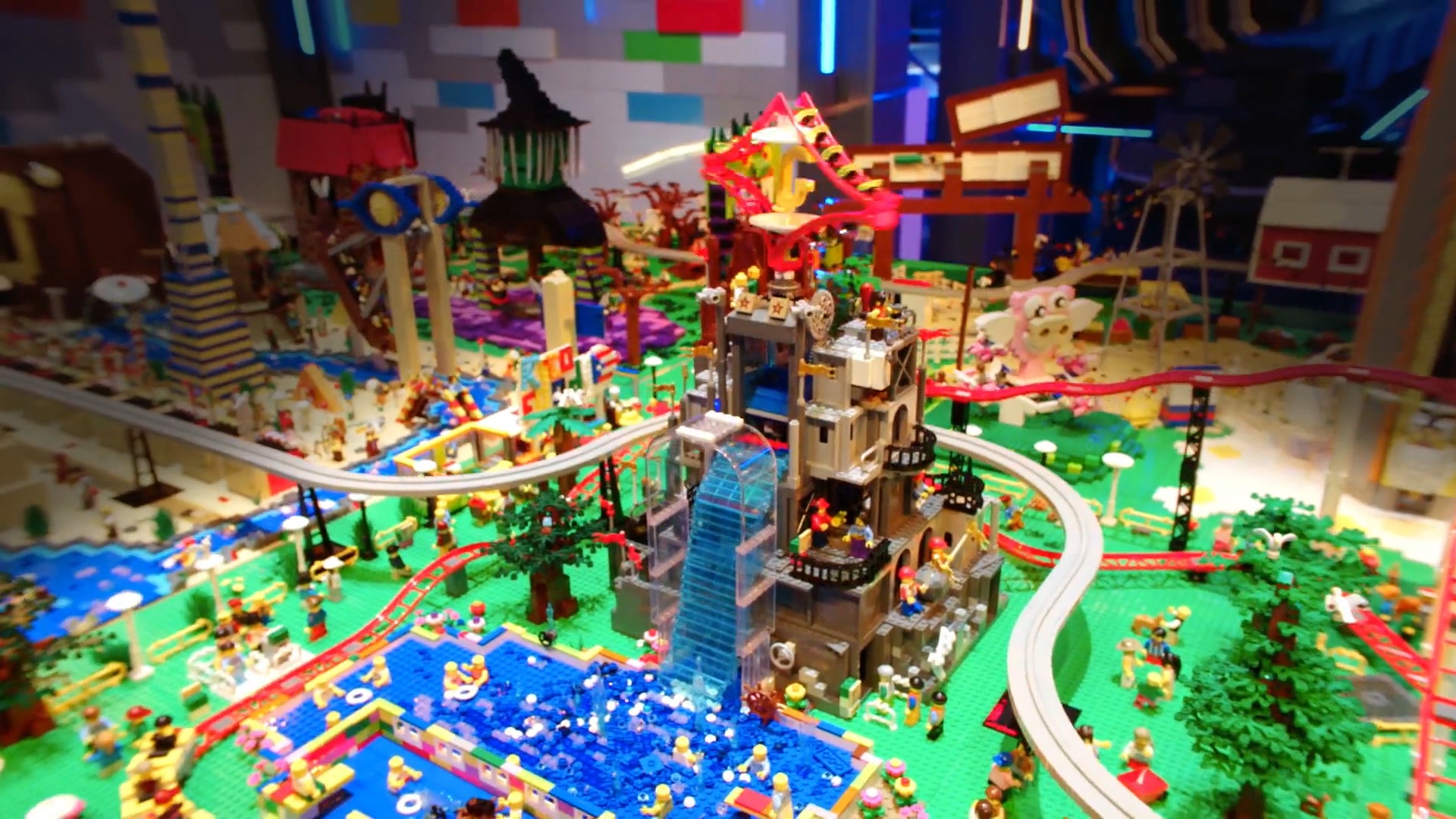 Why were they on the bottom? Their roller coaster only went halfway around their park. That’s the sort of nitpicking the judges have to do with these people to separate the losers from the winners.

The most heartbreaking moment of the episode came when bearded friends Mark and Boone’s incredible Timber Town build malfunctioned. The lift that was supposed to carry the car to the top of a tree before dropping it onto the coaster froze halfway up. Had it worked, they surely would have won the golden brick. 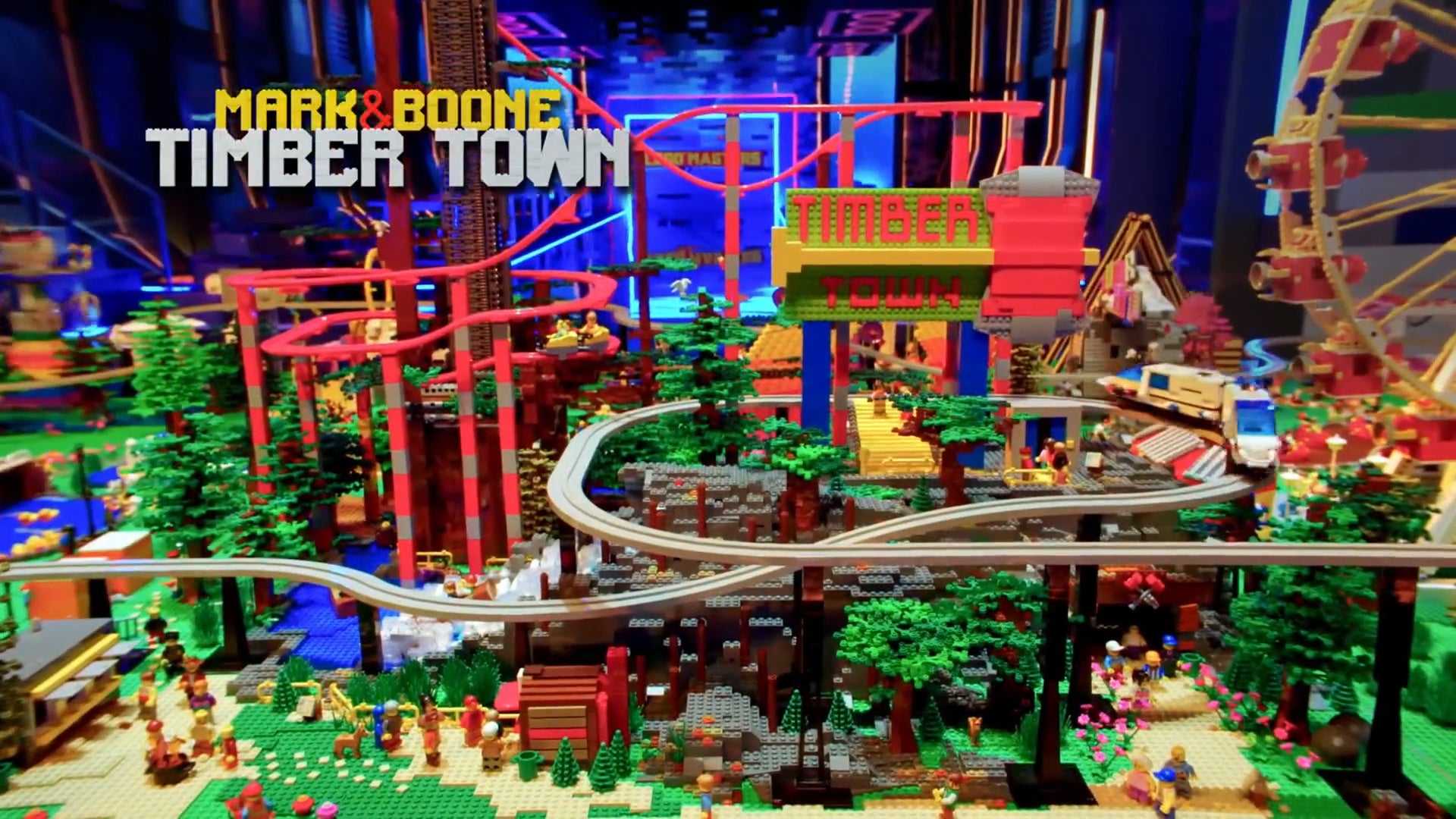 Ultimately no one lost on the first episode of Lego Masters. The ten teams came together to build an outstanding theme park, and the producers decided no one needed to get eliminated this week.

The Lego battle continues next week. I can’t wait.