Ask a long-time Nintendo developer a question about Luigi’s Mansion 3 on the Switch and the next thing you know, you’re getting a snippet of insight about the creation of 1991 Super Nintendo classic The Legend of Zelda: A Link To The Past. Nintendo’s top people have been honing their craft for a long time and their expertise runs deep.

That classic Zelda came up in the middle of an email interview I conducted with a trio of developers behind Luigi’s Mansion 3, the ghost-hunting adventure that just sold five million copies but remains something of a mystery. Luigi’s Mansion 3 came out last Halloween without the fanfare of a big Mario or Zelda, without rounds of press interviews, big trailers or extended showcases in a Nintendo Direct.

Let’s start with the question that turned into an answer partially about A Link To The Past and partially just about having creative flexibility.

I’d been wondering about something that wasn’t in the game, even though it’d seemingly been promised in June 2019, just four months before the game’s release. In an interview published on the Nintendo Switch’s news feed during E3 of last year, lead producer Kensuke Tanabe talked about an advantage of setting a game in a hotel, saying that “by having rooms above and below, it kind of adds to the amount of stuff that we can do from a puzzle perspective. For example, if you see water dripping down from the floor above, the player will understand that they need to explore the room above them. It can be difficult to visualise a building’s layout in your head, so we felt the structure of a hotel would be easy to understand.”

Surprisingly, the game that Nintendo released on Halloween barely has any puzzles of that nature, except for a few bits in which you chase a ghostly cat between floors. The game’s producer, Yoshihito Ikebata, said the idea Tanabe had described had proven too confusing for players in practice. The game’s game director Bryce Holliday agreed, saying, “Those types of floor puzzles are the hardest to develop and the most challenging to change after the fact, hence the absence of them in the final product. However, that idea of room connections is throughout the game at the room scale rather than floor scale. There are many secrets within ‘gaps’ in the map, behind oddly placed walls or rooms where the height doesn’t seem to match those around it.” 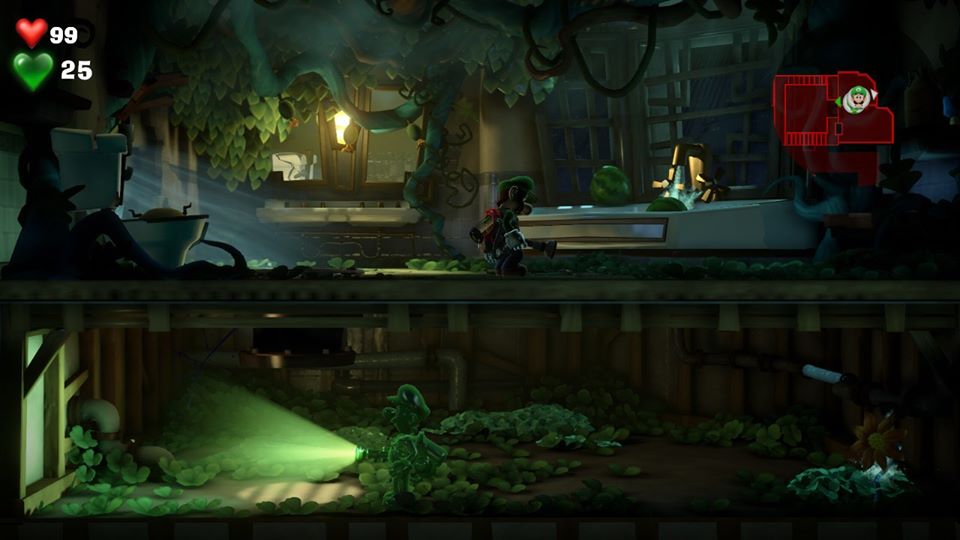 Luigi’s Mansion games are unusual. They’re not quite 2D or 3D, played more from the perspective of someone peering into a dollhouse. They’re more comedic than scary, though they involve Luigi getting scared by ghosts that he later vacuums up and hands over to the oddball scientist E. Gadd. Apparently the series’ uniqueness drives its creators. 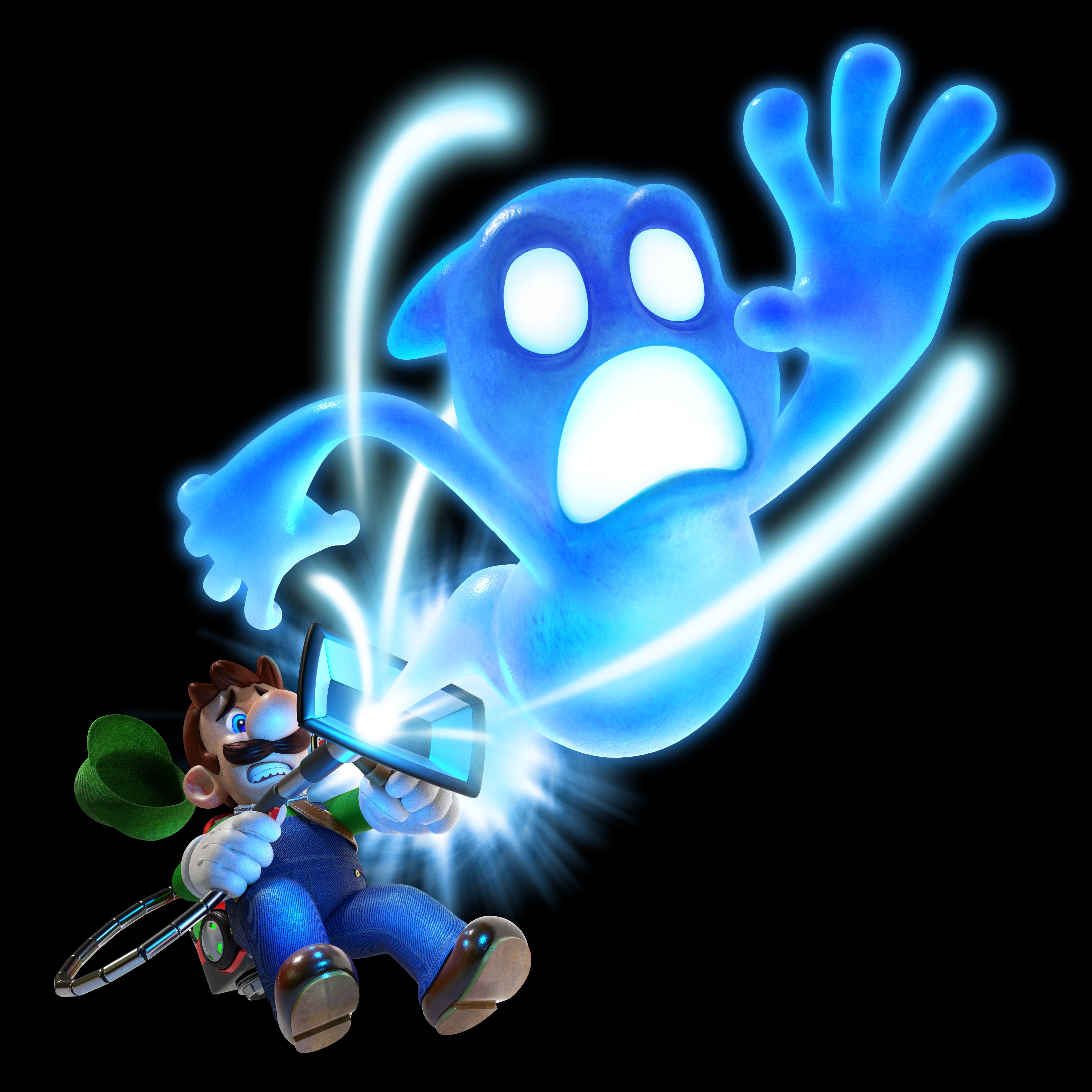 “Another core principle of the franchise vision is that ‘there are no comparisons’ to a Luigi’s Mansion game,” Holliday said. “We aim for fans and reviewers of the future to say ‘so and so’ game title is a Luigi’s Mansion style game.”

That uniqueness goes both ways. Few games are like Luigi’s Mansion games, and like its predecessors, Luigi’s Mansion 3 features all kinds of things not seen in other games. Many of its levels, each of which is set across a full floor of the game’s hotel, are like no levels Nintendo or its competitors have designed before. There’s one that takes the basic concept that hotels have gyms and stretches that out into a multi-room mini-adventure. Another is based on there being a movie studio in the hotel.

Holliday acknowledged that the developers also dabbled with much more traditional level concepts. “We actually designed an Ice and Fire floor,” he said, “but upon comparing them to floors you’ve played, they didn’t make it based on those early principles.”

The hotel in Luigi’s Mansion 3 is stuffed with money. Wherever Luigi points his vacuum, money’s going to fly. It sucks coins and bills from rugs and curtains, from potted plants and bookshelves, from bathtubs and, really, everything in the game. Why is there so much money lying around?

“The money was hidden in the hotel a long time ago,” Holliday said. 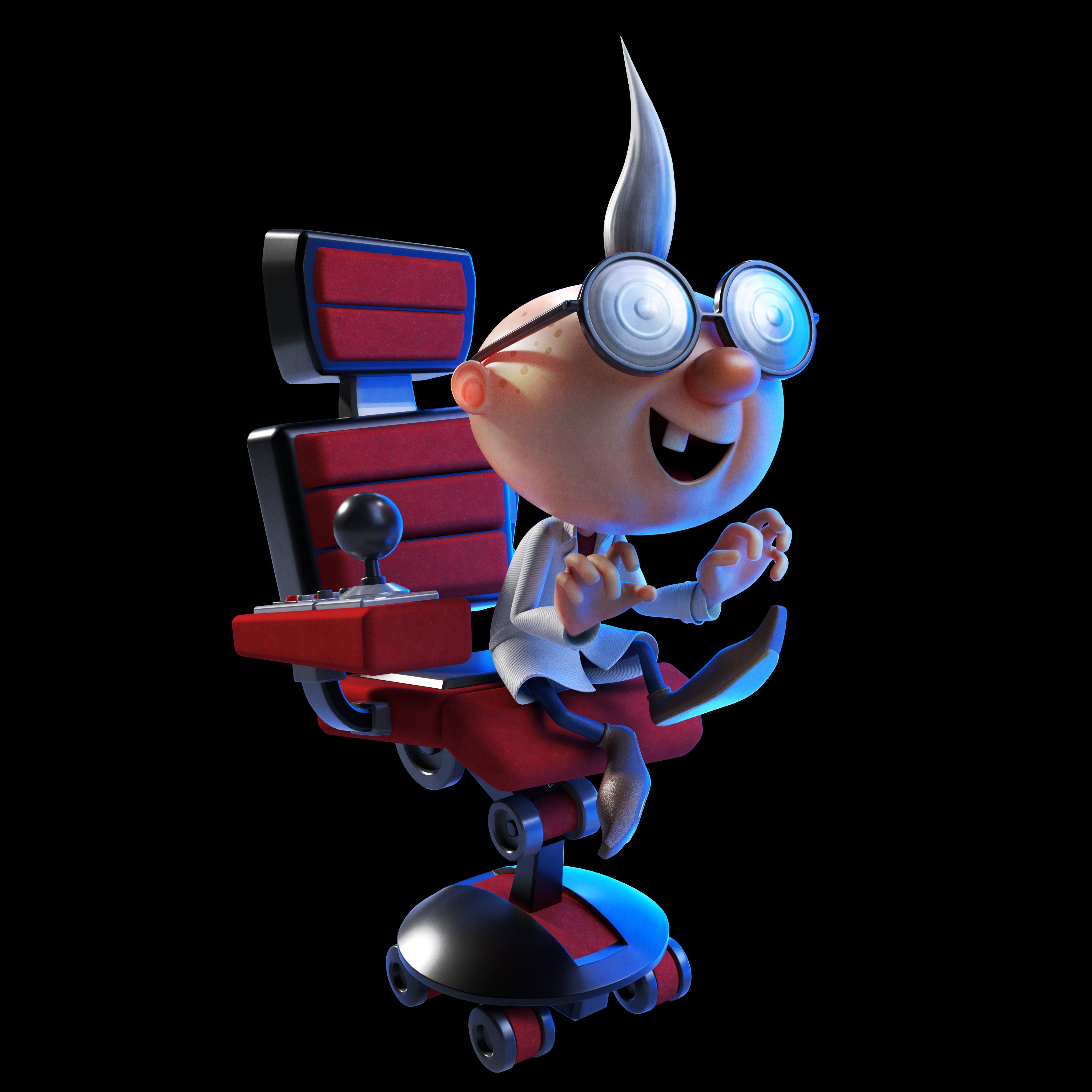 “Actually, this money does not belong to the ghosts,” Ikebata said. “It was hidden within the hotel at some point in time.”

Not much lore there, but Tanabe offered a different sort of origin for all the cash: “The ‘feedback that acquiring money makes one feel happy’ is something that has been demonstrated in Super Mario and The Legend of Zelda, so it was something we wanted to include.”

Players can use their in-game money to buy some temporary power-ups, but there are no outfits or upgrades to spend money on, nothing meaningful that all that cash can go to.

“We had decided from the beginning that it would be used as an evaluation criteria for when you clear the game,” Ikebata said, noting that the team had considered charging in-game money for hints from E. Gadd but decided that would discourage people from asking him for help.

Tanabe said that any upgrade system wasn’t needed. Holliday concurred: “Upgrades and skill trees aren’t very Luigi. He is a reluctant hero who already has the skills and bravery needed to tackle any problem. Players are helping Luigi overcome his nervousness to expose his true talents. Cleaning, destroying and collecting are engaging, Zen experiences that everyone is familiar with since childhood. It is compelling even if there is no other reason than the act itself.”

As others have remarked, the most unusual and interesting level of Luigi’s Mansion 3 is Paranormal Productions, its eighth floor production studio. Players spend their time on that floor moving items around from one movie or TV set to another, humorously altering the productions in the process. A ghost named Morty oversees all these shoots and, unlike the other ghosts in the game, he doesn’t attack Luigi. After Luigi clears the level, Morty can be found in an editing room, hard at work making his movies. Luigi can vacuum him up, but he doesn’t have to. 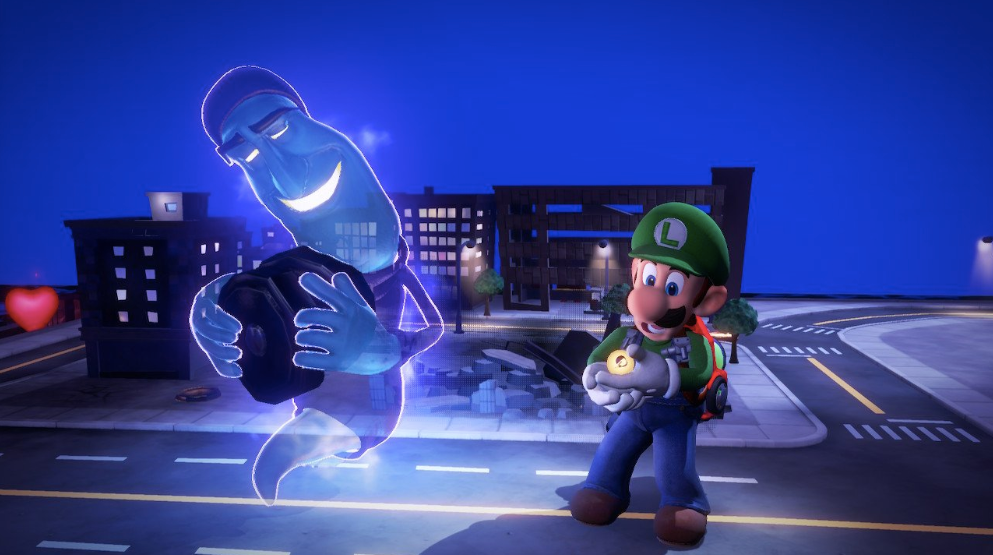 The director ghost Morty and his possible captor (Screenshot: Kotaku)

Kotaku weekend editor chose to vacuum Morty and felt guilty about it:

I regret sucking up that ghost. Morty, I’m sorry. You were a great part of what is easily my favourite level in Luigi’s Mansion 3. You deserved to be spared the vacuum. I hope others don’t make my mistake.

“We thought of making it so that you couldn’t catch the ghost,” Ikebata said of Morty, “but we felt that there would be players who want to catch all of them, so we gave the option of catching/not catching the ghost to the player. When looking at the users’ response, you get a sense that many of them are having a hard time deciding as to whether they should catch the ghost, so I feel that we’ve made a memorable moment.”

Should Zack and others who caught Morty have felt guilty? “It tells you something about yourself that you felt bad, and that makes the experience richer,” Holliday said.

Added Ikebata: “Also, E. Gadd is collecting ghosts due to his pure curiosity, so he is absolutely not trying to punish them. Luigi understands that, too, so I don’t think he would regret [it] if he were to capture Morty.”

On the dance scene late in the game…

Tanabe: “The team consulted with us initially, as to how we would express this. “The ghosts have no feet so we can’t make them dance (steps).” “No, it’s OK to make them wear pants. Let’s use that to make them dance!” In the end, they were able to complete a really nice dance animation. When I saw Luigi getting into the rhythm, I involuntarily laughed.

Holliday: “Probably the most important factor is thinking about the design principle that the more you use a special ability the more it loses its specialness. Sometimes an impression is made because it is rare. We had to fight the desire to use fun abilities from elsewhere in the game’s development. It is tempting for team to fall back on things that work.”

On the difference between the game’s main, colourful ghosts and the classic, collectible white Boo ghosts and what their origins are…

Ikebata: “As for how the ghosts in the game were born, that is a mystery. It appears that the general ghosts live only in this region, and work at this hotel. Boos roam freely and show themselves randomly, so it is possible that they appear in other areas too, and not just this region.”

Ikebata: “The impression with the Virtual Boy is that it’s a ‘machine that specialises in three-dimensional expression,’ and is a part of Nintendo history. Regarding putting this in the game, we had a good idea with the Virtual Boo name that was applied from the start. From within the development team, it was decided from the beginning of development to use that as the subject. There wasn’t a negative response from Nintendo internally, and it was approved without any problems. I believe that there are users who aren’t familiar with the Virtual Boy, but it would be great if they used this opportunity to learn about the Virtual Boy.”

On any smaller details the developers would like players to notice…

Ikebata: “When Toad follows you around, you can target Toad with the Poltergust. By launching Toad, there are areas where you collect a large amount of money. Please try launching at many things while you are walking around with Toad. Also, when you go up to Morty to speak with him, try bringing him various things. You’ll be able to see various responses from him.”

Holliday: ”Over the holidays I finished the game, playing co-op with my toddler as Gooigi. I was able to help him enjoy it, working with him to bypass difficult parts instead of having to take the controller away. Early on, Gooigi was an odd and risky vision; it became a single-player story game that you can drop in and out of co-op mode at any time. I’m proud the team stuck with it and delivered. I’d recommend playing it both ways. It feels different.”