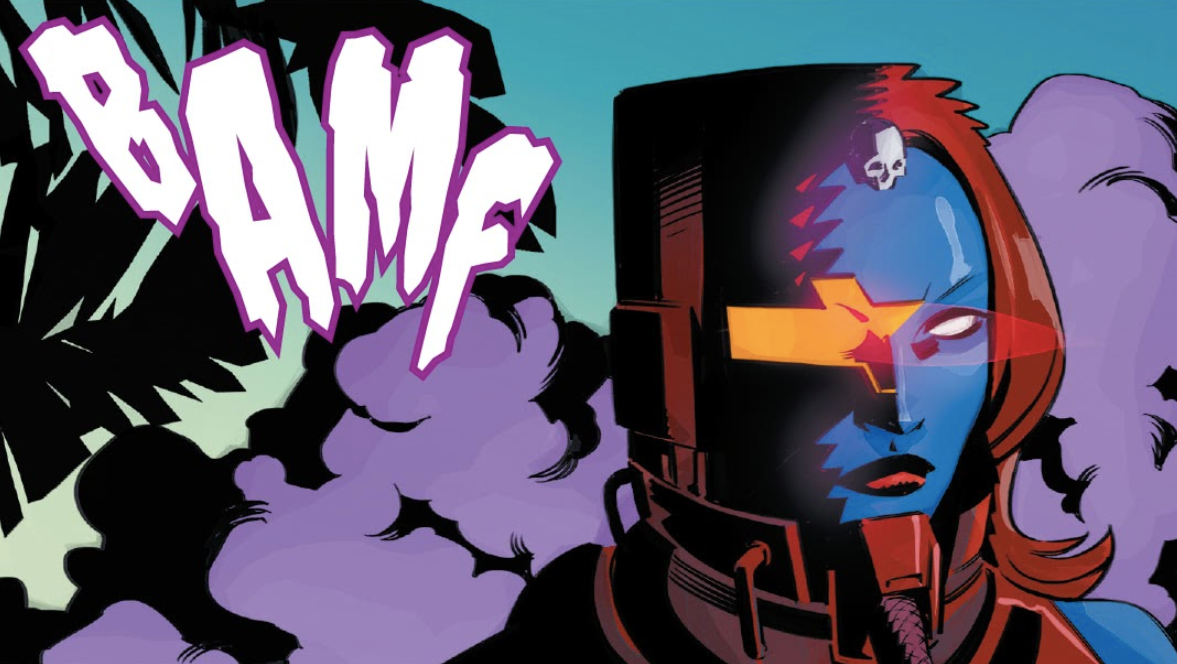 Mystique shifting into another form. (Image: Matteo Buffagni, Sunny Gho, Marvel)
To sign up for our daily newsletter covering the latest news, features and reviews, head HERE. For a running feed of all our stories, follow us on Twitter HERE. Or you can bookmark the Kotaku Australia homepage to visit whenever you need a news fix.

Marvel’s Dawn of X event began by establishing who the world’s most influential mutant power players truly were: people like Moira MacTaggart, whose gifts afforded them unique perspectives and insights about the past, present, and future. Moira spent multiple lifetimes searching for a way to ensure the mutant species’ eternal survival and ultimately managed to come as close to achieving her goal as she could ever hope to by making some very specific, strategic decisions.

For the most part, all mutants are welcome to come live on the island nation of Krakoa where they’ve been guaranteed relative safety and functional immortality thanks to the machinations of Charles Xavier and his X-Men. But as part of her grand vision to fend off humans in the coming age of techno-organic beings, Moira took steps to ensure that precognitive mutants would never have access to the island or its restorative technologies in order to ensure that their powers wouldn’t inadvertently expose a devastating secret that only she, Xavier, and Magneto are aware of.

Between her vast stores of wisdom, Xavier’s renewed conviction that all mutants are his family, and Magneto’s newfound willingness to genuinely set his grudges aside for the greater good, Krakoa might have been able to avoid the seemingly inevitable destruction Powers of X first revealed as the Dawn of X event was really getting into the swing of things. But what those powerful masterminds all failed to understand, apparently, is that the biggest threat to their plan has been walking among them this entire time.

Regardless of whatever kinds of lives they’ve lived in the past, all mutants, save for those who can see the future, have been offered space on Krakoa”even those like Mystique who’ve spent the bulk of their lives committing various kinds of world-threatening crimes. For some time now, Mystique’s been working alongside other reformed villains at Xavier’s behest and you’ve gotten the sense that she, ever the survivor, has been going along with the flow of things to protect herself. But she’s likely been working on the assumption that, in time, Xavier would clear the Five to bring back Irene Adler”the mutant Destiny who was once Mystique’s wife.

X-Men #6″from Jonathan Hickman, Matteo Buffagni, and Sunny Gho”confirms that to very much be the case, as Xavier and Magneto tap Mystique to carry out a covert suicide mission meant to give the mutants an important means of keeping tabs on their human enemies. With the humans close to completing their Mother Mould forge that will one day produce an endless supply of mutant-hunting Sentinels, Xavier reasons that their best bet at halting that progress would be to create a direct portal from Krakoa to the forge using a Krakoan gate seed.

To establish the link, though, someone has to plant the seed on the base in person, and Mystique’s shapeshifting abilities make her the ideal candidate to sneak into the hostile space. It’s immediately obvious that it’s more than likely she’ll end up dying while executing the mission given the precariousness of it all, but she agrees to go a) because she knows Xavier will bring her back, and b) because she believes a mission of this magnitude is the kind of thing that would force Xavier to honour her request to bring Destiny back as well. 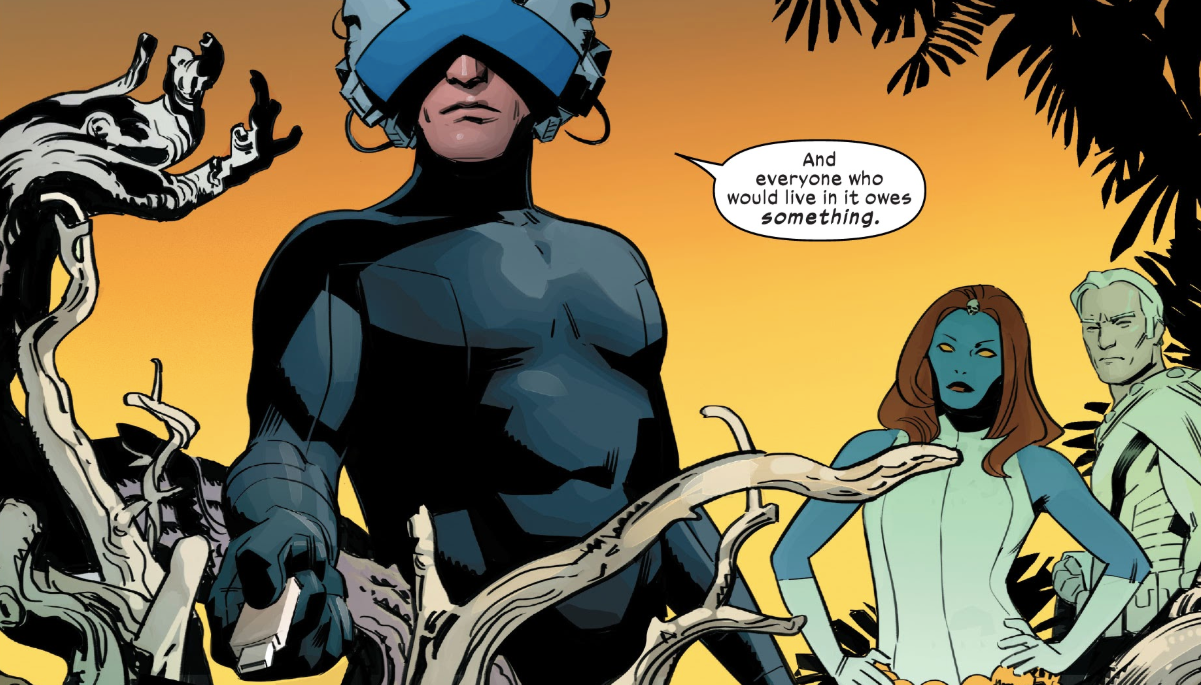 After Nightcrawler bamfs Mystique onto the forge base, she immediately blends in and begins searching for the right place to plant the Krakoan seed, all the while gathering information about just what the humans are up to before she ends up being caught and ejected into the vacuum of space. While Mystique is able to plant the seed before she dies, the limitations of Cerebro’s ability to create psychic backups of a mutant’s consciousness beyond a certain physical range means that Xavier has no way of being totally certain whether Mystique was successful.

So, as a newly reborn Mystique emerges from a cocoon back on Krakoa, Xavier and Magneto inform her that they need her to return to the forge again to confirm that she’s done the deed, and then report back to them. Though Xavier and Magneto initially came to Mystique with the assurance that all of her efforts would lead to her being reunited with her wife, their demeanour following her resurrection is cold and calculating to the point of being morbid and almost sadistic. At this point in her life, Mystique is ready to set aside her treacherous ways to grab hold of the idyllic dream that Xavier’s promised the world that all mutants can take part in.

What she doesn’t know is that Xavier’s willing to lie in order to serve his own ends. Furious, Mystique returns to the forge to hold up her end of the bargain, but in the process, she learns something unexpected: even though the Krakoan seed has been planted, the humans are farther along in their plans to construct the first Nimrod, a threat even greater than an army of Sentinels. In accordance with Krakoan law, Mystique doesn’t murder the scientist working to build the first Nimrod, and when she tells Xavier and Magneto, they drop any pretense of being the would-be pacifists they present themselves to be to the public. Again, all Mystique wants is to be reunited with her wife, and Xavier informs her that he’ll only grant her that wish if she goes back to the forge with the intent to kill. 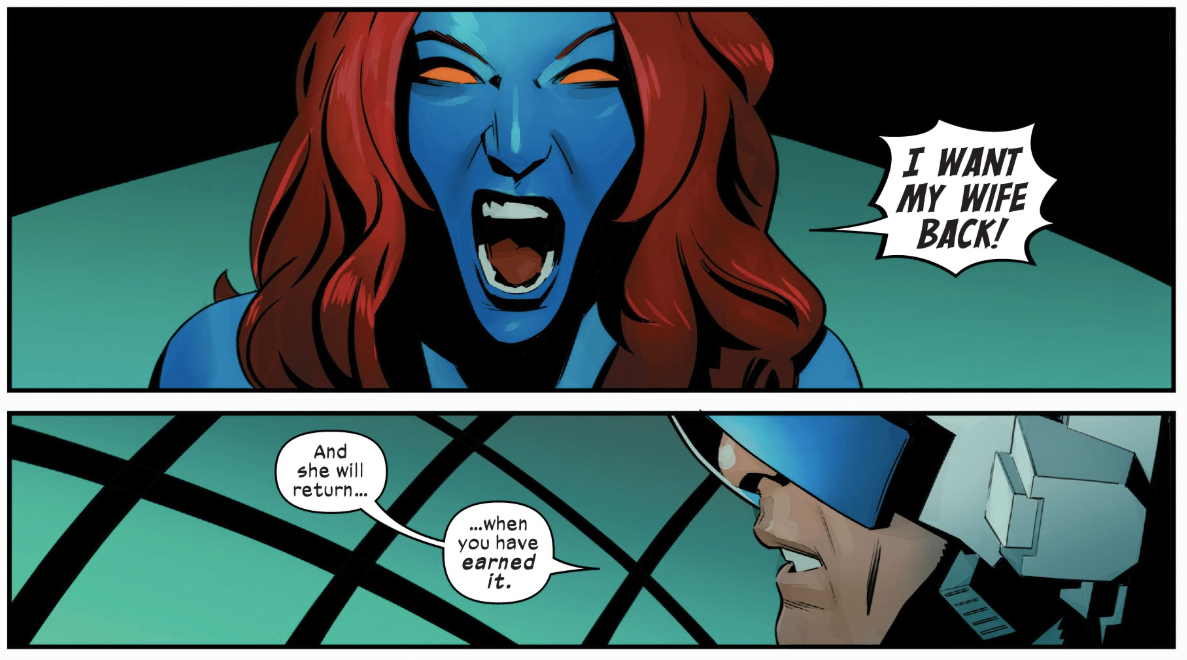 What neither Mystique nor Xavier have understood up until this point is quite how far Destiny’s powers allowed her to gaze into the future while she was living, but X-Men #6 makes it devastatingly clear in a series of flashbacks scattered throughout the issue.

Long before Krakoa, or the founding of Xavier’s school, Destiny sat Mystique down to explain something very, very important to her: One day, the time would come when Mystique would be presented with the opportunity to bring Destiny back to life and those presenting the opportunity would not want Mystique to have it. Most importantly, though, in the event Mystique could not ensure Destiny’s resurrection, it would be imperative for her to utterly annihilate those who worked to stop her. 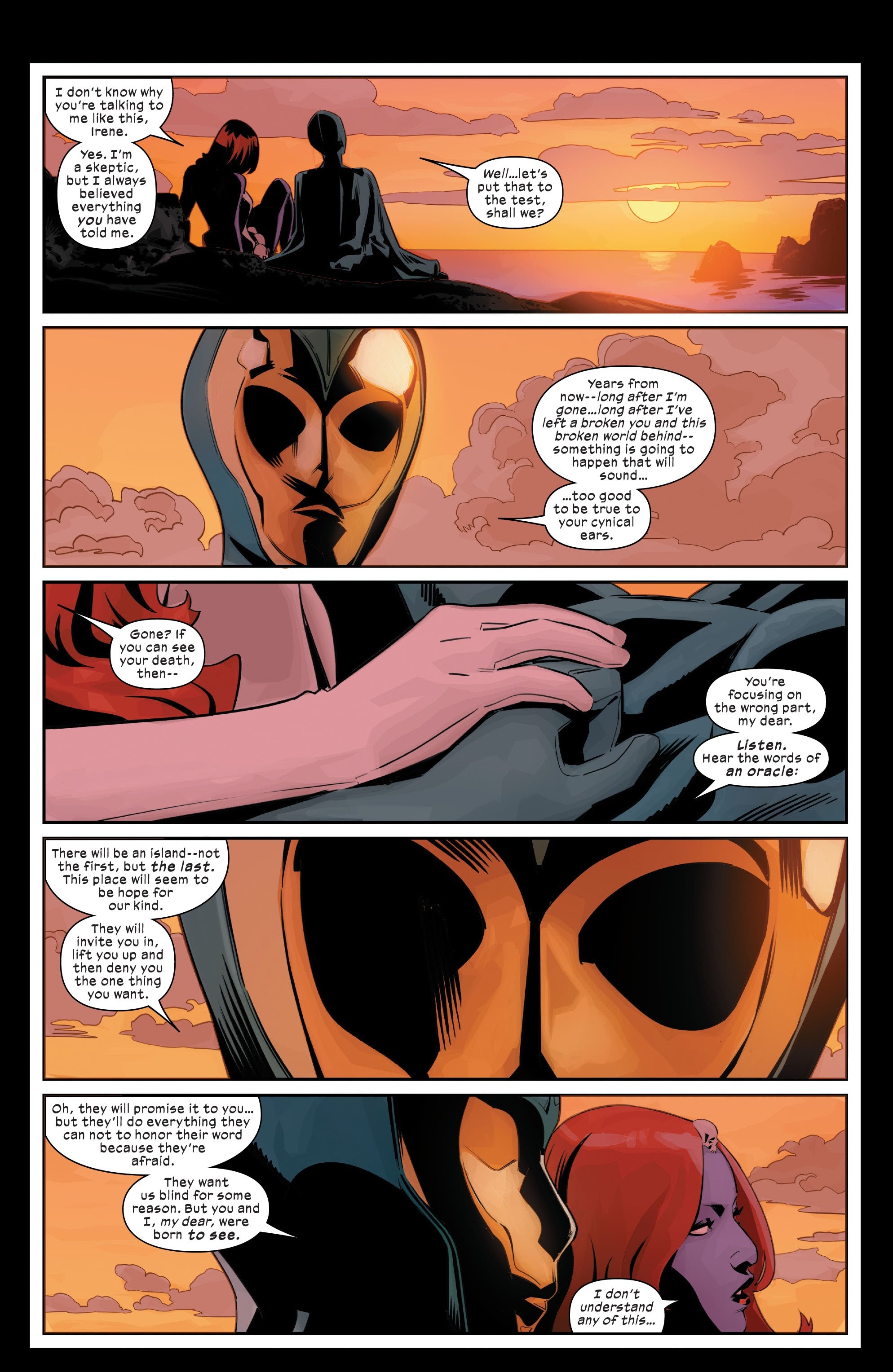 As the issue comes to a close, Mystique resigns herself to the reality that Xavier and Magneto are always going to live up to Destiny’s premonition and continue to string her along in order to force her to do their bidding. But as she descends into a strange underground cavern to reflect on her predicament while sipping a glass of something to relax her nerves, you see that she hasn’t at all forgotten what her wife told her so many years ago.

If the X-Men won’t give Mystique what she wants, she’s going to burn Krakoa to the ground and make sure that she hurts as many people she can while doing it.