Vertically-aligned boxes are beautiful. That’s the first thing I learned from NZXT’s H1 Mini PC, a new pre-configured gaming PC sporting the elegantly monolithic H1 mini-ITX case on the outside and impressive space economy on the inside.

This article is really about two items NZXT released this past week. The first one is the H1 case, a $589 small form factor enclosure built from black or white steel and tinted tempered glass. At 13.6 litres it’s not the smallest mini-ITX case capable of housing most full-size graphics cards, but it is one of the most convenient I’ve encountered. The H1 is designed to facilitate an easy, efficient build. Its cables are pre-routed. It comes with a SFX-L 650 watt power supply, a 140 millimetre all-in-one liquid cooler, and a PCIe riser card, three fewer things for builders to worry about. 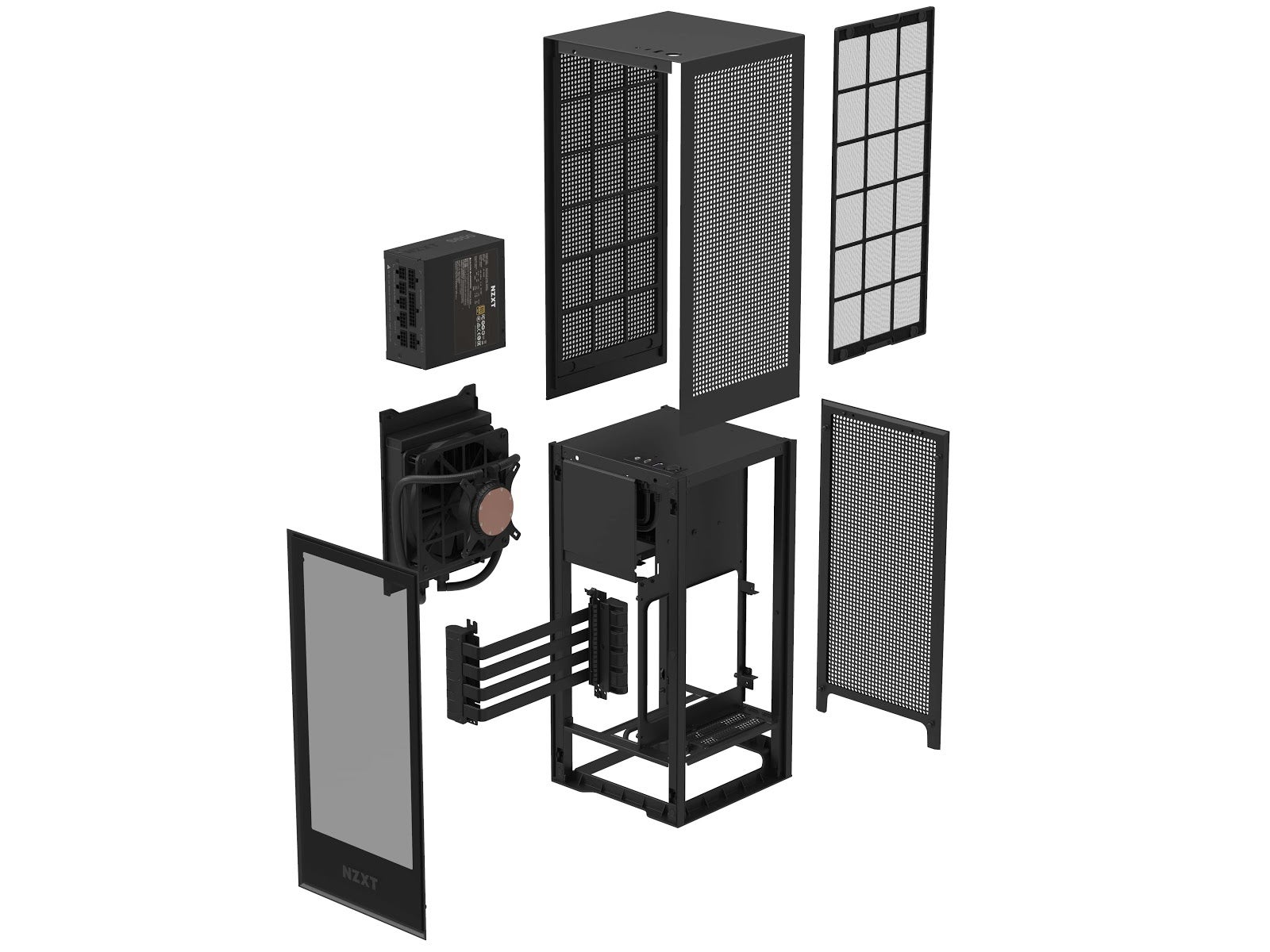 While the end result is a pretty cramped box, the H1 features a dual-chambered design, meaning the CPU and GPU have their own dedicated air source. Basically, they’ve both got their own intake and exhaust. 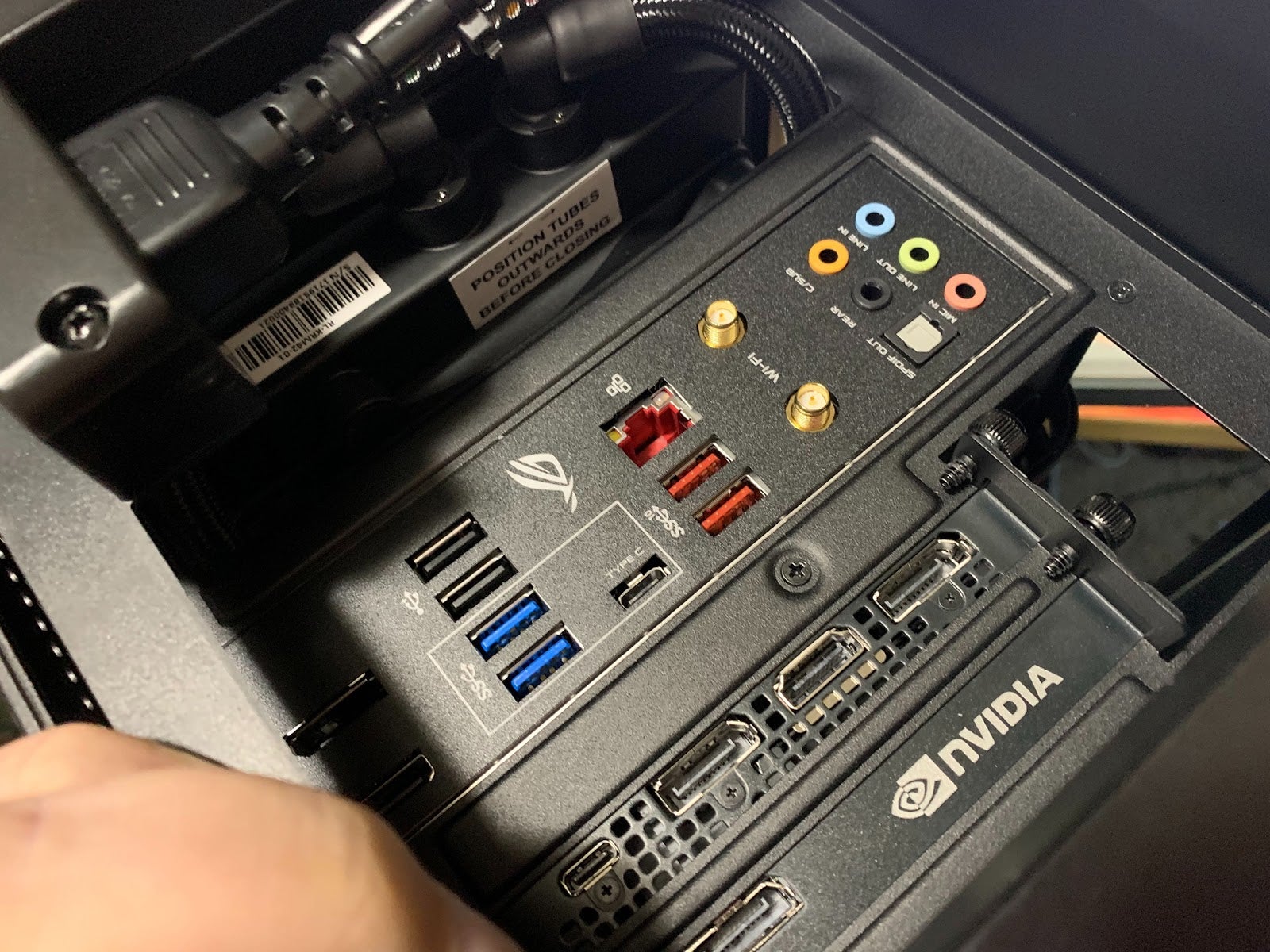 What I love about the H1 case, aside from its simple elegance and being able to pretend I got an Xbox Series X early, is the way the motherboard mounts to the bottom of the case. USB cables, network cables, monitor cables, and power cables can all be routed through an opening on the bottom of the case. One could, were one so inclined, drill a hole in their desk and route the cables through it, allowing the H1 to stand on its own, stalwart and majestic. It’s a case deserving of a dramatic debut trailer.

While the H1 represents a super simple build for any halfway decent PC enthusiast, NZXT also uses the case as the basis for the latest system in its BLD line of pre-configured gaming PCs. The BLD program launched in 2017, giving customers the ability to select which games they planned on playing, configuring a custom PC based on their personal requirements. The program has since expanded to include fixed configuration PCs at a fixed price.

The NZXT H1 Mini PC costs $US2,000 ($3,084). That price covers the H1 case and the included components, along with an Intel Core i9 9900k CPU, Nvidia Geforce RTX 2070 Super Founder’s Edition, 16 gigabytes of Team T-Force Vulcan Z memory running at 3200MHz, and a one terabyte Intel 660p solid state drive. The only options the customer has to worry about are the colour (black or white) and whether they want an optional external hard drive. 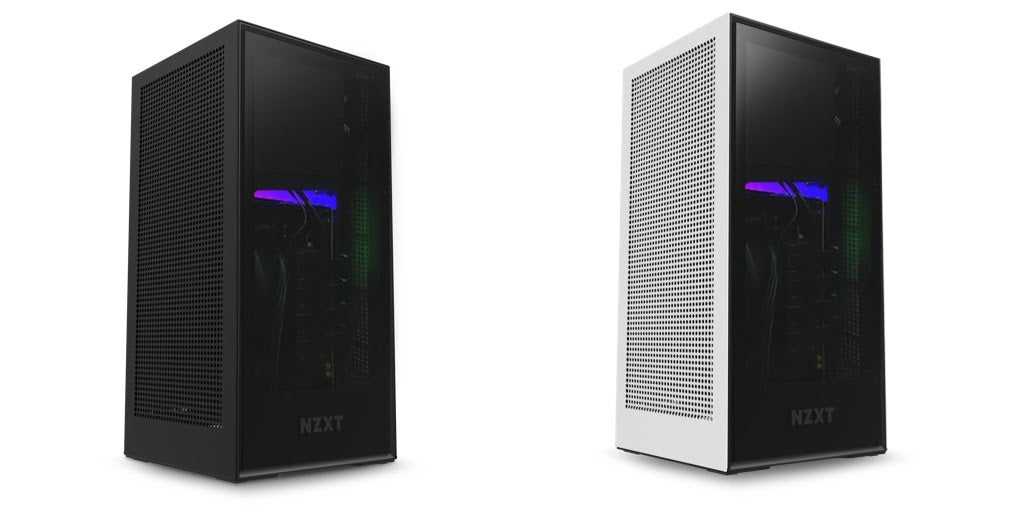 As much as I enjoy spending hours going through exhaustive part selectors while shopping custom gaming PCs, there’s something refreshing about just hitting a button, adding to cart, and then stopping when you realise you don’t have $3,000 to spend. I imagine it’s even better when one does have an extra $3,000 to spend. Especially when what shows up on one’s doorstep at the end of the process is as nice as the H1 Mini PC.

For one, it comes in a box with very cat-friendly packaging. My cats have been playing with this stupid piece of foam packaging for a week now. It’s for scratching. It’s for sleeping. It’s for dragging in front of my wheelchair and getting caught in my wheels. 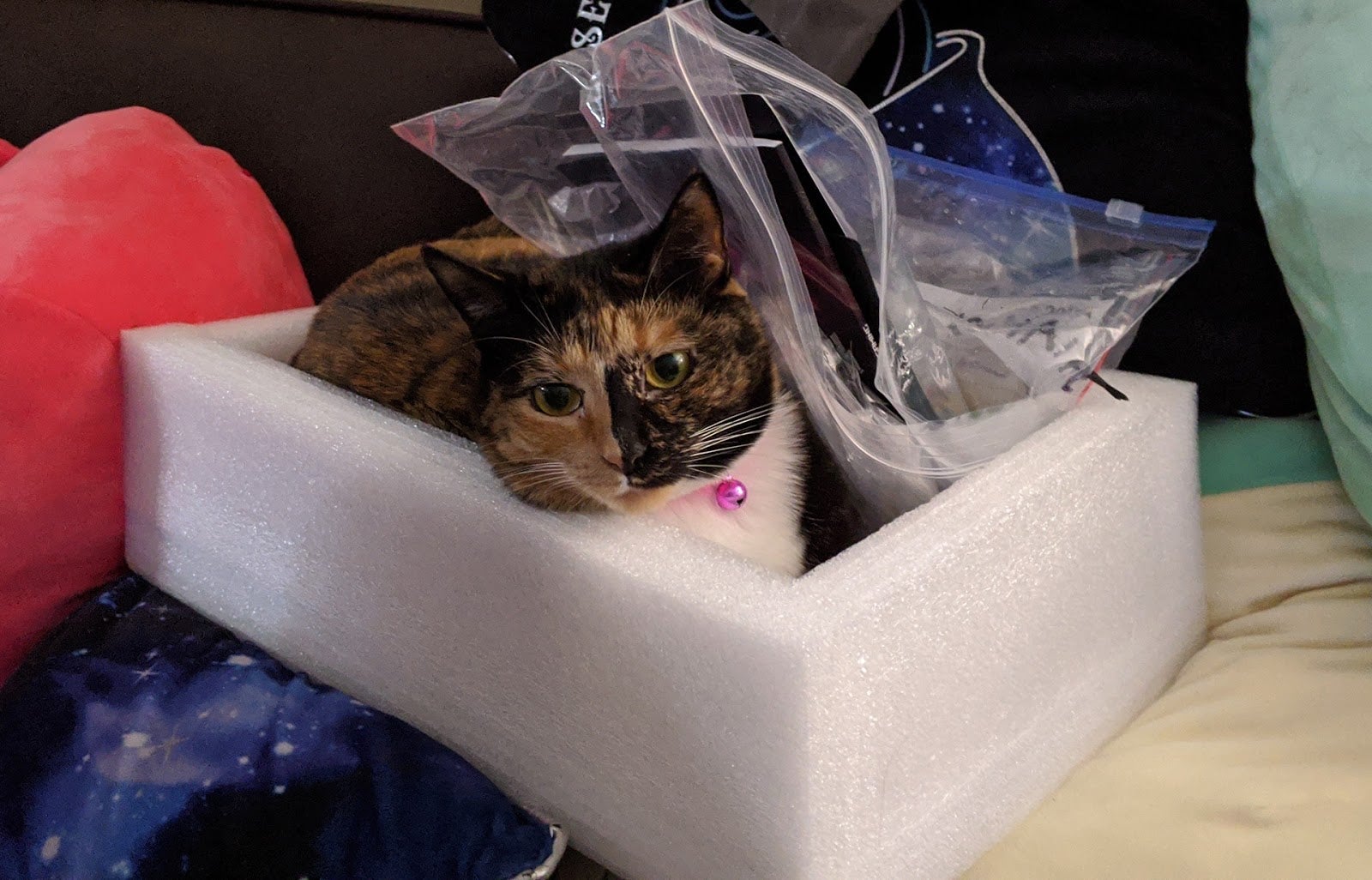 I’ve also been having fun with the H1 Mini PC. The system readily handles any 15-year-old Blizzard online role-playing games I throw at it. While the Geforce GTX 2070 Super card isn’t going to perform super well playing modern games on the highest settings at 4K resolution (at least not if your idea of super well is 60 frames per second), playing games like Star Wars Jedi Knight: Fallen Order at 1440p, my personal sweet spot, is no challenge at all for the H1 Mini.

NZXT’s H1 is an excellent small form factor case, an excellent addition to the ever-growing line of NZXT cases that I seem to run into every time I turn my head. I can’t wait to see it showing up in PC Building Simulator. 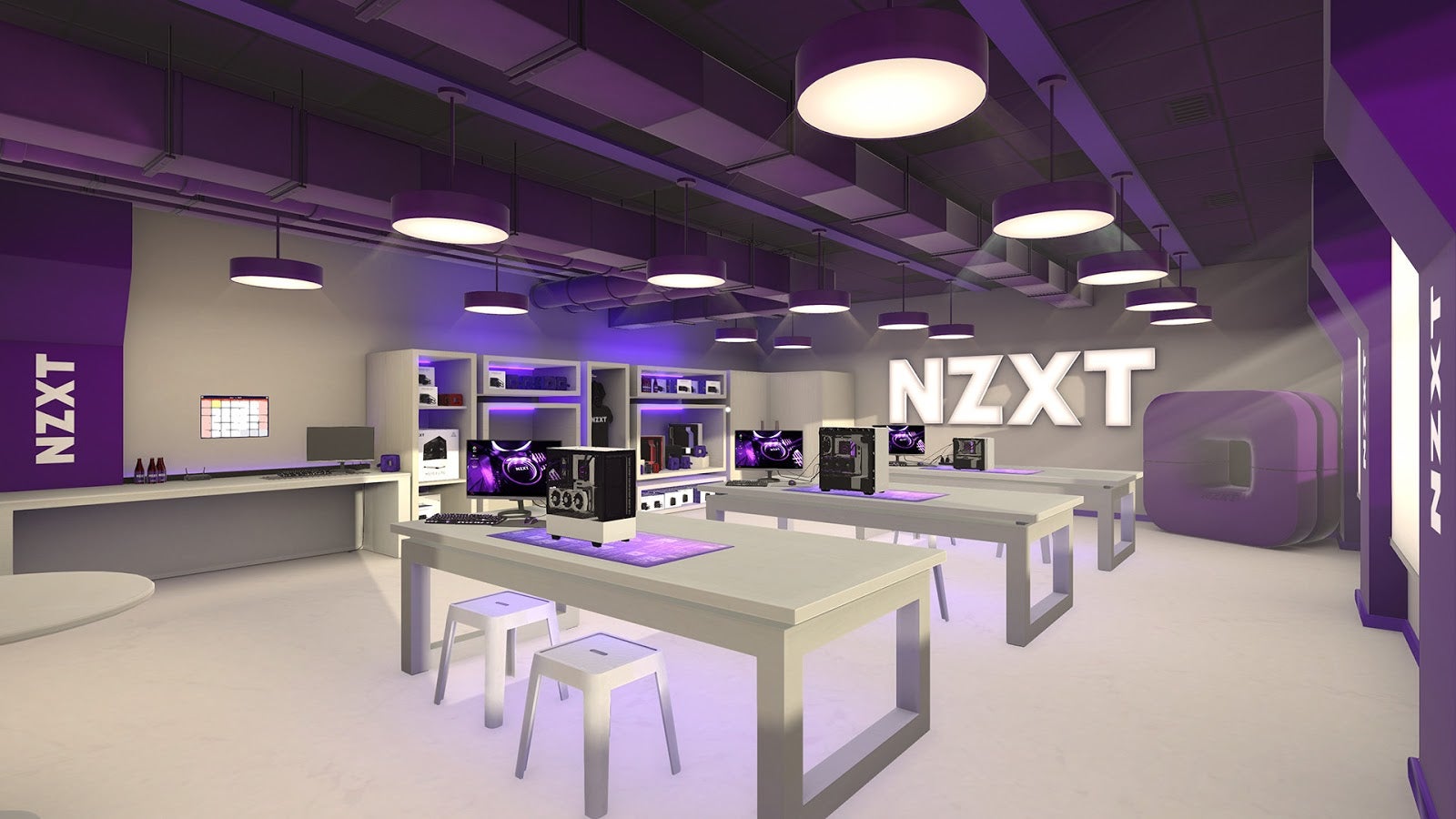 The H1 Mini PC is the perfect example of what one can do with the H1 case. Whether you choose to build your own PC or get a pre-built from NZXT, the results should be pretty cat-tastic.