Overwatch Change That Nerfs Teabagging Is A Bug, Blizzard Says 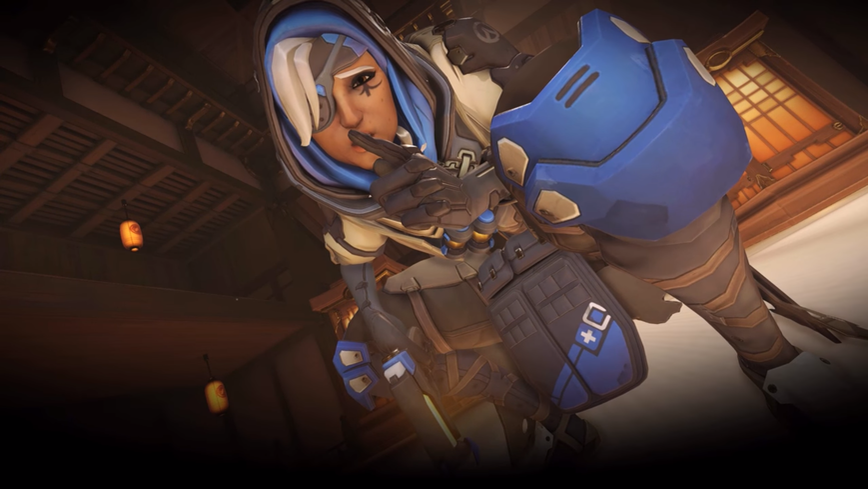 Earlier this week, a small but vocal group of what can only be described as “teabagging enthusiasts” made a discovery straight out of their darkest, knee joint-less nightmares: Overwatch‘s Ana, a champion teabagger despite her advanced age, could no longer crouch over unconscious enemies.

Among other skills, Ana has a sleep dart ability that temporarily KOs enemies. This leaves them on the ground with little cartoon Z’s coming out of their heads, like in real life. Some Ana players take this one step further, sprinting to the location of their fallen foes and vigorously crouching up and down on top of them. This week’s Overwatch patch, however, made that impossible. As of now, anyone who’s been slept by Ana retains their hitbox, meaning that other players can no longer pass through them or crouch on top of them.

Players can still teabag corpses, so this really only affects one specific instance of the practice. Still, it fits with Blizzard’s broader pattern of trying to discourage poor sportsmanship through use of things like creative filters to block derogatory phrases.

This made some people very, very mad.

“I checked it. They actually did it. It’s live. I uninstalled. This is my last post. Bye Overwatch after 3 years of every day play. I won’t support censorship on such level,” wrote one player on the Overwatch forums, echoing similar (though generally less extreme) sentiments in that thread and others. Others suggested that unconscious bodies with hitboxes could block certain pathways, which would lead to tangible gameplay changes. Others told those others to just jump.

Today, however, the dark clouds parted and the sun peeked out to once again gaze upon the cold, dead wastes of Overwatch“presumably with intent to teabag them. Blizzard told Kotaku that the teabag nerf is a bug, and it will be corrected soon.

“Ana’s slept targets retaining their hitbox was simply a bug,” a Blizzard spokesperson said in an email. “The bug has been fixed for the upcoming OWL matches and will be fixed in the live game in the next two weeks.”

So there you have it: Your sovereign right to teabag, arguably the foundation of this great nation, isn’t going anywhere. You may now celebrate by crouching up and down until your opponent reports you for poor sportsmanship, you get sniped, or you and the person you teabagged have a long, illuminating conversation about the complicated queer history of the act itself and its evolution into a potentially-pernicious expression of dominance in video games, and you come away feeling enlightened. And then you teabag somebody else.