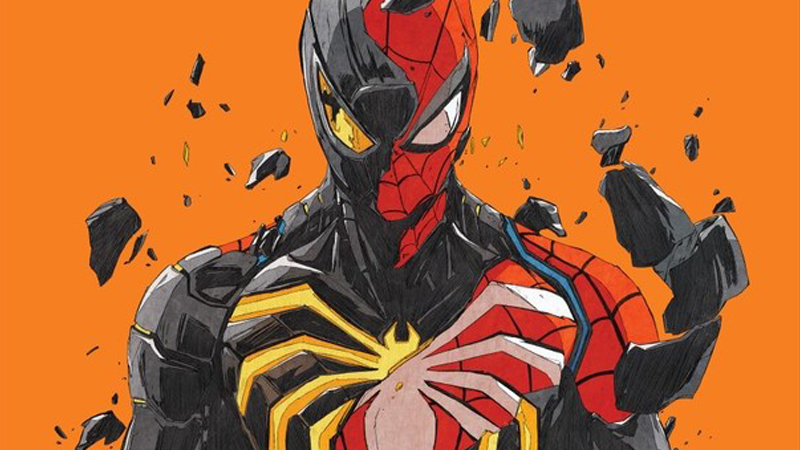 Peter Parker dons a new suit to fight a familiar foe. (Image: Chun Lo, Plush Art Club)
To sign up for our daily newsletter covering the latest news, features and reviews, head HERE. For a running feed of all our stories, follow us on Twitter HERE. Or you can bookmark the Kotaku Australia homepage to visit whenever you need a news fix.

The Spider-Man PS4 game—or to give it its official title, Marvel’s Spider-Man, just in case you forgot who owned one of the biggest superheroes in the world—didn’t just give us a compelling new take on the world of the beloved webslinger. It also gave us some >gorgeous Spider-suits, like the one celebrated by this beautiful new poster release. 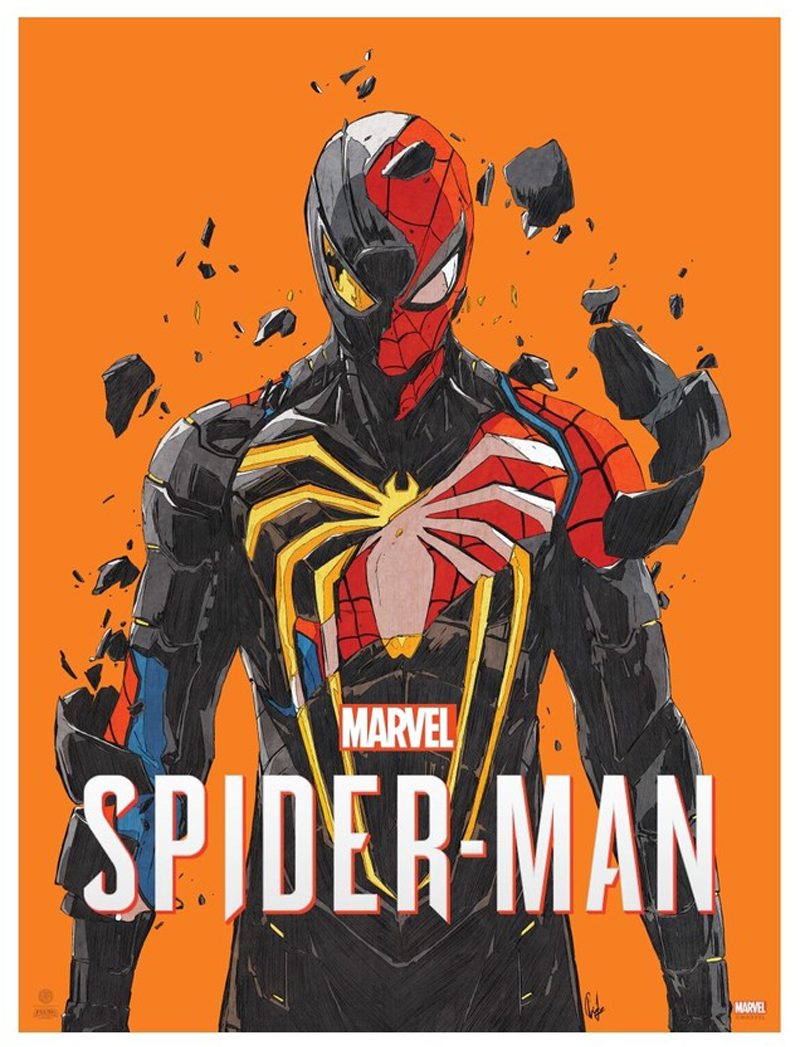 The Marvel’s Spider-Man poster is 18″ x 24″ and part of a limited run of 250 pieces officially licensed by Marvel. It offers a stunning depiction of not just the new, white-logo-clad “Advanced Suit” created as the game’s default Spidey costume, but also the segmented, black-and-yellow “Anti-Ock” armour from the game’s climax, as (spoiler) Peter tragically finds himself going toe to toe (and fist to many-mechanical-claws) with his fallen mentor, Otto Octavius, driven to become the villainous mind behind the Sinister Six, Doc Ock.

“For the piece, I really wanted to emphasise one of the most impactful moments of the game for me,” Lo said in a statement provided to Gizmodo. “In the ultimate confrontation of the game, Peter is faced against Doctor Octavius in one of the coolest video gaming sequences I’ve seen in a while. Now this certainly isn’t an odd occurrence for those that know the source material, but in this universe the two had a very close and trusting bond working together and helping those in need.” 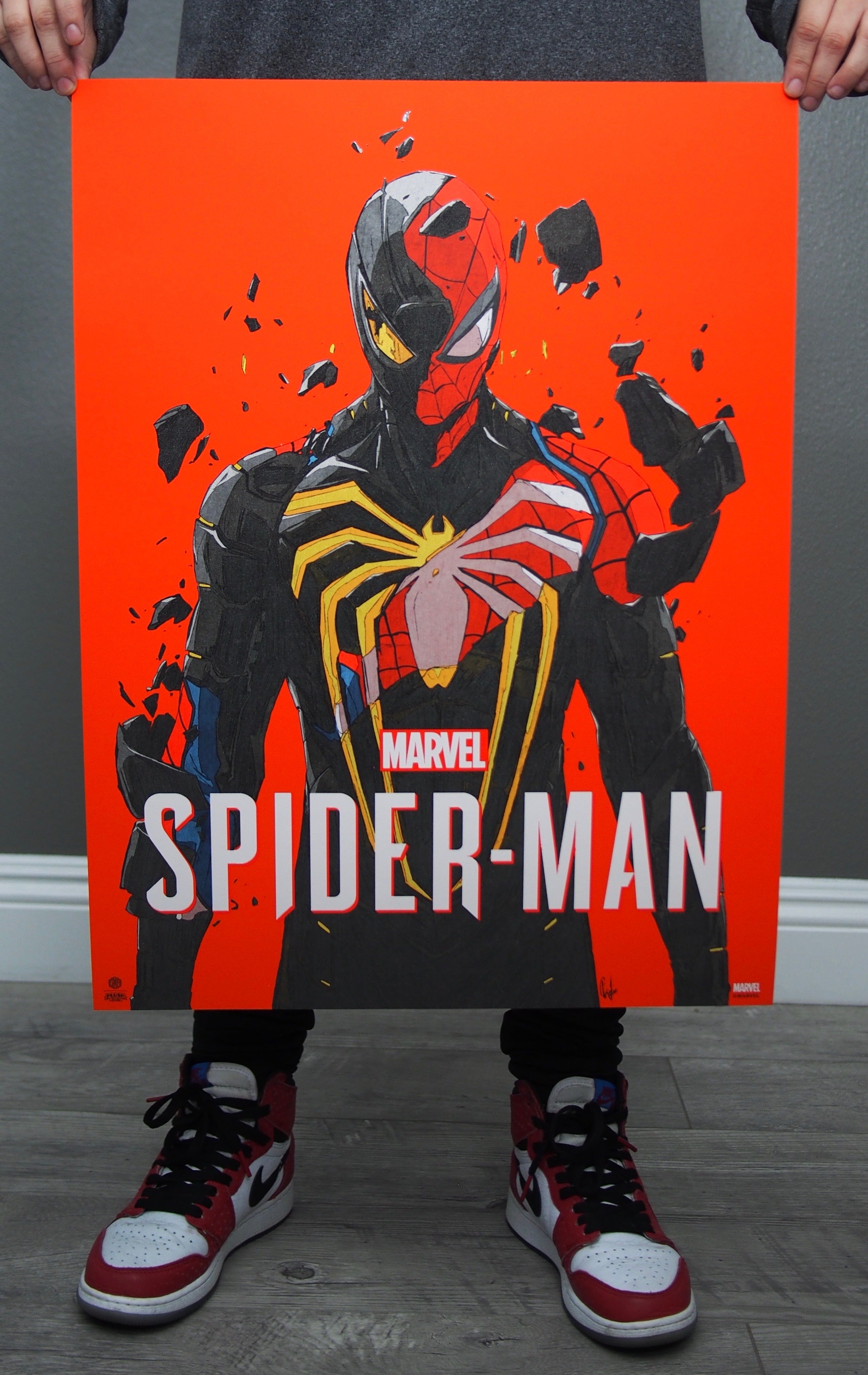 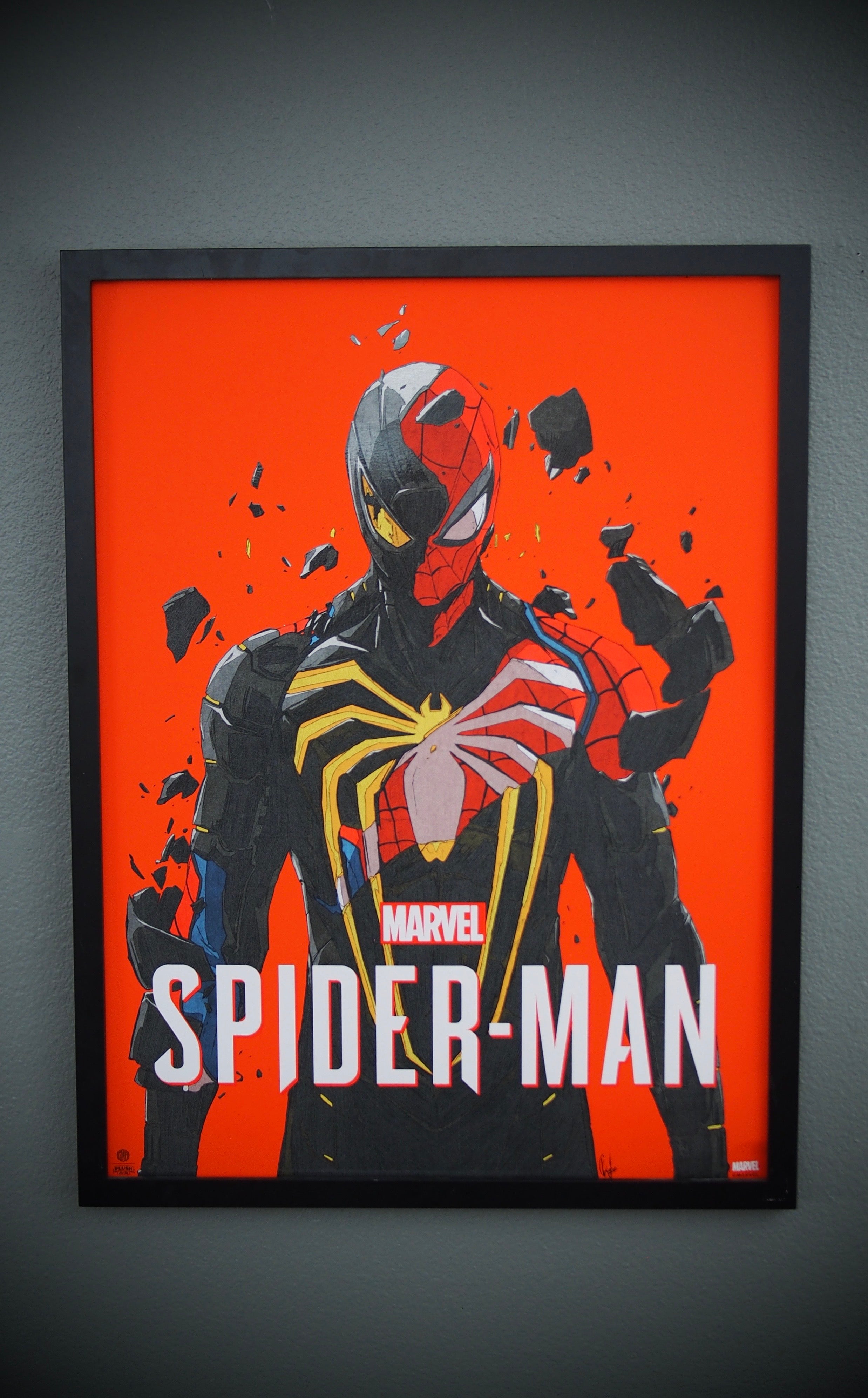 “By the end of the confrontation you could see just how much this betrayal rips and tears into Peter, both figuratively and physically,” Lo continued. “I really wanted to capture that torn moment and tense energy in the illustration as well as reference the Amazing Spider-Man movie poster which I was fond of. Also going to be honest, ever since I saw the Anti-Ock suit I wanted to draw it. So this was the perfect excuse!”

Meanwhile, Song Kang’s Baby Groot print is a 11″ x 14″ letterpress, and part of a smaller, 100-piece run by Plush Art, and depicts the lil’ regrowing Groot as he was capturing our hearts during the second Guardians of the Galaxy film. 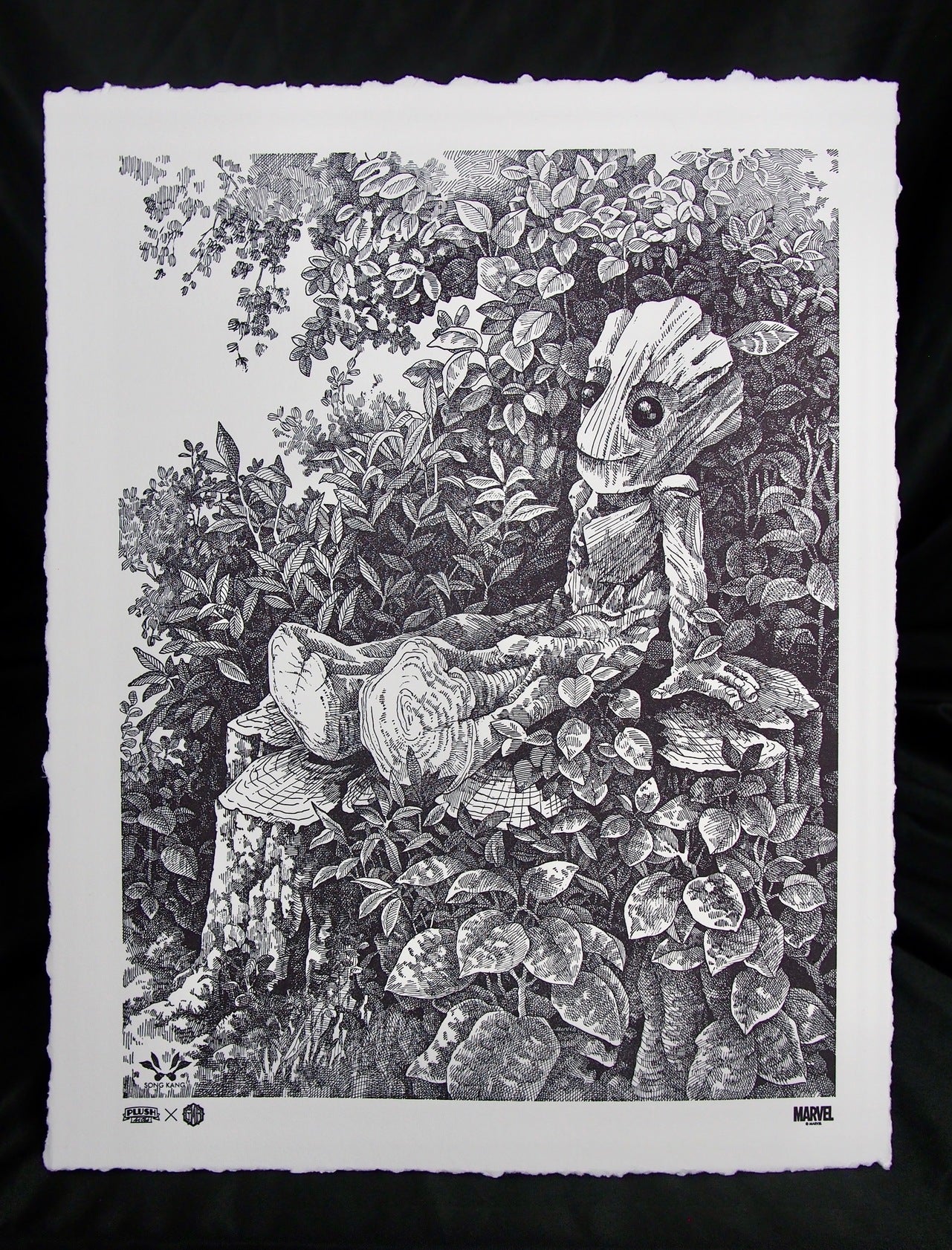 Both Lo’s Marvel’s Spider-Man and Kang’s Baby Groot will be available to order on the Plush Art Club website starting this Saturday, February 8, at 6am AEDT.