Pretzel Pop-Tarts Aren’t Nearly As Bad As They Sound

Here at Snacktaku, we’re big fans of Kellogg’s popular line of filled cardboard breakfast rectangles. We have tried and tested many varieties”Jolly Rancher”and we’ve come through only slightly scathed. Now Kellogg’s is making the tops of Pop-Tarts caramel-coloured and sprinkling them with salt. Fine. We’ll bite.

Pretzel Pop-Tarts is Kellogg’s taking advantage of two snack trends at once. There’s the sweet and salty trend from several years back, and the more recent movement in which food makers wrap everything in pretzels. A good pretzel, boiled briefly for that lovely shiny shell, baked, and salted to perfection, is a soft and pillowy thing of beauty. Whatever mutant sheet pretzel Kellogg’s is using in Cinnamon Sugar and Chocolate Pretzel Pop-Tarts is ok, too. We guess. 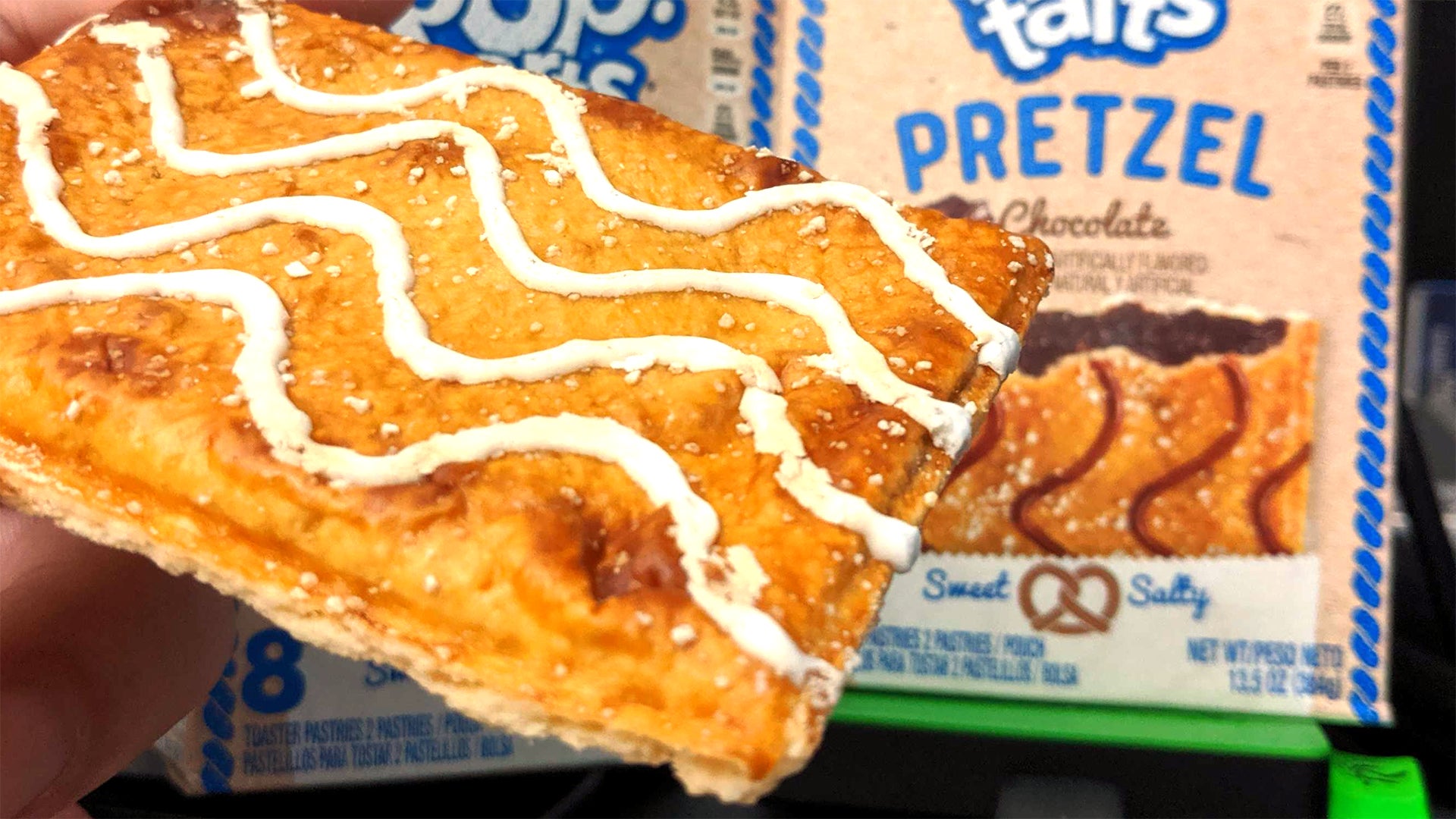 Pretzel Pop-Tarts are not soft and pillowy, but they are softer than standard Pop-Tart cardboard, which is something. Both varieties are sparsely frosted to better let the incredibly fleeting pretzel taste shine through. While that pretzel taste is not strong, what is there combined with the light filling and sparse frosting complement each other nicely. The cinnamon sugar and chocolate flavours are kept in check. It’s nice.

Ultimately enjoyment of Pretzel Pop-Tarts comes down to the same core factor that applies to every pretzel product. That’s salt balance. A nice ratio of salt to dough makes for a pleasant experience. Less salt and the other elements start to bully their way towards dominance, taste buds be damned. We would almost recommend keeping a shaker of sea salt nearby while eating these, just in case. 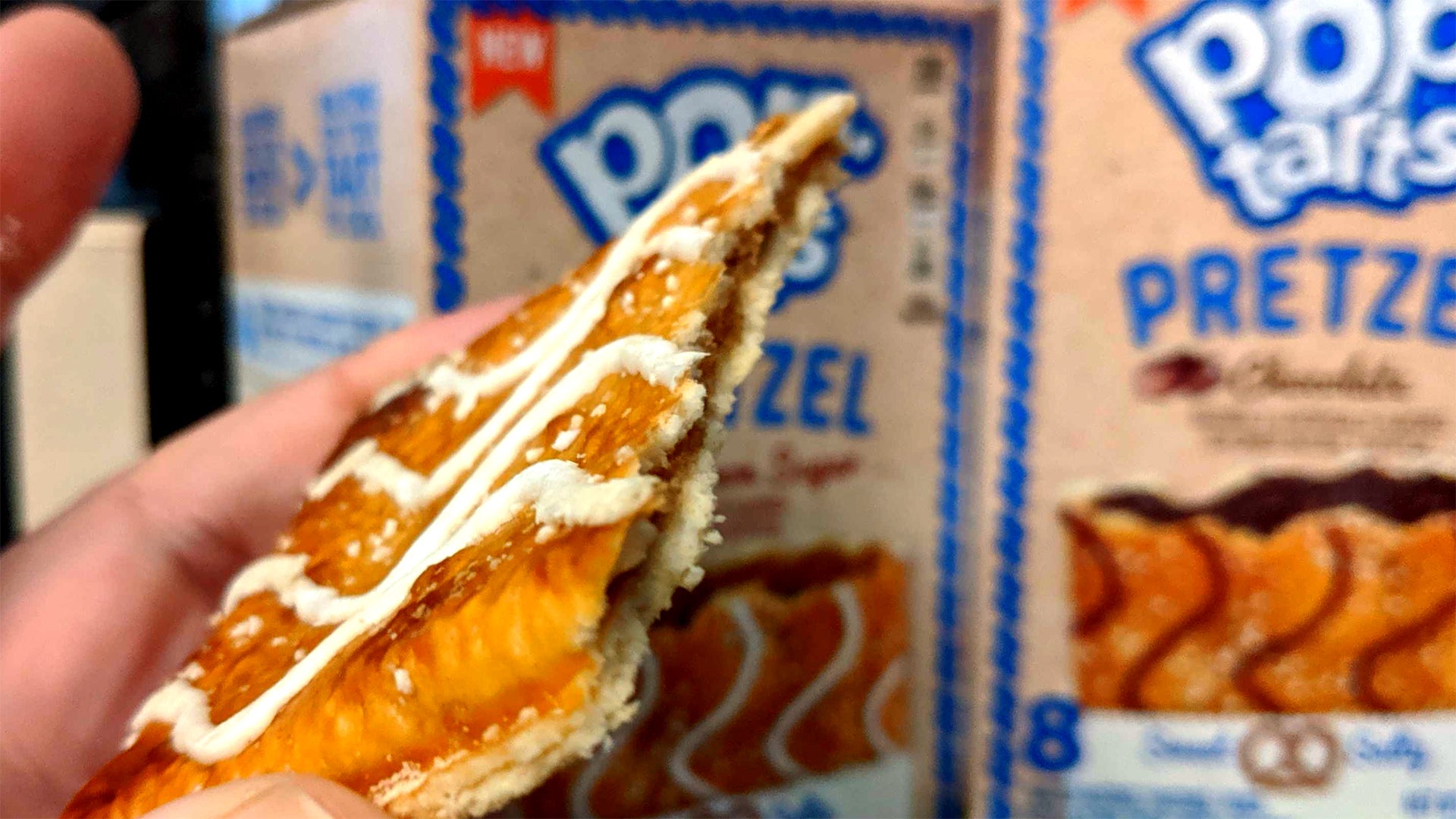 If it came down to a bloody battle between the two flavours, we here at Snacktaku would have to side with cinnamon sugar, a close cousin to the best standard Pop-Tart, Brown Sugar Cinnamon. Chocolate is fine, but a bit boring.