Seven-Year-Old Wins A Pokémon Championship, Makes Everyone A Fan 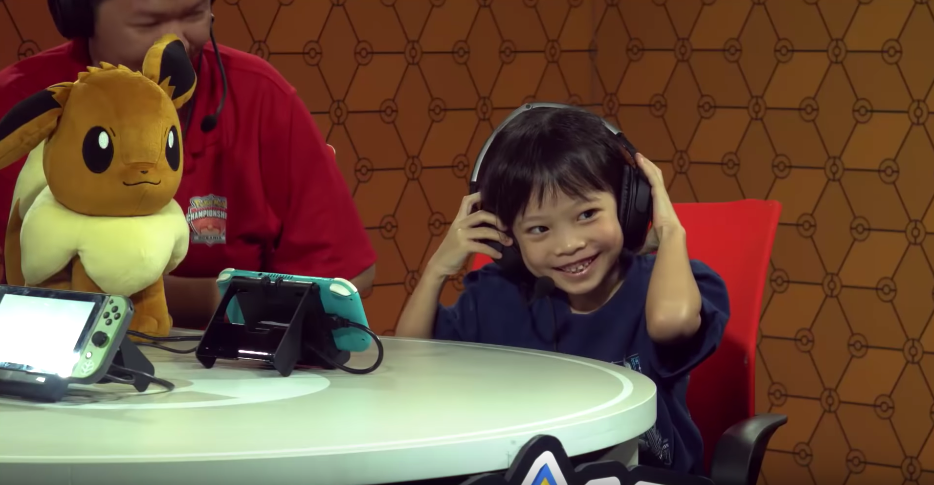 Screenshot: <a href="https://www.youtube.com/watch?v=-Bi1cgmqdfA">Official Pokemon YouTube</a>
To sign up for our daily newsletter covering the latest news, features and reviews, head HERE. For a running feed of all our stories, follow us on Twitter HERE. Or you can bookmark the Kotaku Australia homepage to visit whenever you need a news fix.

Lim seemed to come out of nowhere to claim her crown. This was her first year competing; she ranked top four in Malaysia Regionals and at a Singapore Special Event, which would be impressive enough for most players. But Lim is not most players.

An INCREDIBLE read by Simone, leading to a victory and earning Simone the title of 2020 Oceania #PokemonVG Junior Champion! pic.twitter.com/liiJyEj09I

After winning the first match, Lim lost the second but came back for an impressive finish.

this morning 7-year old Simone Lim won a major Pokémon Junior Championship beating out a field of older more experienced kids, upsetting the tournament favorite champion #1 seed in the final, and doing so with an incredible read to earn her the title

esports is for everyone pic.twitter.com/5cUfsd5ZiQ

The match shows just how open and accessible esports can be, and in the process, has no doubt made a whole bunch of new Simone Lim fans.

This girl just beat a kid twice her age to become the Oceania Jrs Division champion in Pokemon. She thanked her friends & family while clutching her Eevee plush.

Forget that guy who said you have to get mad to be a good competitor. Wholesome esports is good for the soul, y'all. pic.twitter.com/QCO9tS3OBK

In the post-match interview, Simone thanked her friends, her family and her coach.

"Is there anything else you'd like to say?"
"No." pic.twitter.com/BQKGb4c1Le

You can watch the Junior Division Final below: