Shadowbringers’ Latest Expansion Ups The Stakes (And The Robot Teeth)

Final Fantasy XIV’s current expansion Shadowbringers landed with a bang last July, and it’s been expanding since then with more battles and intrigue. Those additions have come in pieces: a string of raid monsters here, a cross-over collaboration with Nier Automata there. The early additions were enjoyable, but the story took time to move its pieces around. The latest story expansion ‘Echoes of a Fallen Star’ is finally moving things along and it’s damn exciting.. 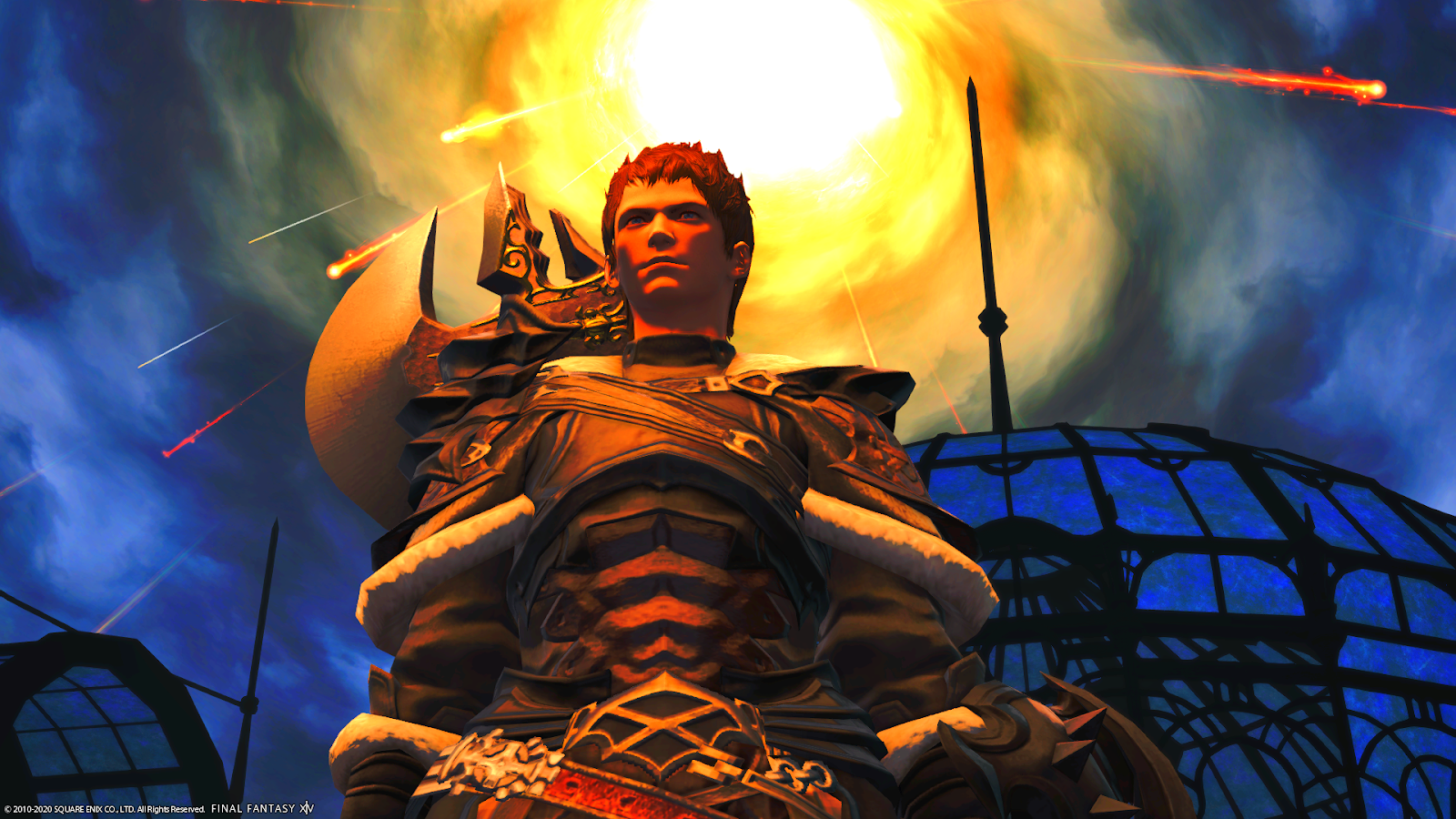 Elidibus is here, and seems like a proper villain for once.

At the end of Shadowbringers, the heroes had defeated Emet-Selch, a shadowy mastermind and an ‘Ascian.’ It was a story packed with revelations. Notably, the Ascians—villains who have been involved in the story since the launch of A Realm Reborn in 2013—were survivors of a thriving magical civilisation that existed eons ago. Their world, the only world at the time, was destroyed when two opposing gods fought with one another and split existence into multiple worlds. To rejoin these worlds, the Ascians plan to sacrifice all those living on the fragmented worlds. Emet-Selch was defeated as he attempted this, but the good guys remained trapped in another world called the First. Early story quests focused on the initial search to return them home, and they featured enjoyable character beats, but they had nothing on the new stuff. The stakes of those early quests were vague, and the pace was slower. ‘Echoes of a Fallen Star’ re-introduces an old villain and new threats in a way that brings more focus to the story.

Shadowbringers’ scenario writer Natsuko Ishikawa’s initial story was well-received, particularly Emet-Selch’s turn as villain. Where could she possibly go from here now that such a popular villain was gone? The answer is to focus on the sole remaining Ascian: Elidibus. In earlier story content, he was a manipulator but felt a little flat. The Ascians in general were nothing more than gloomy dark mages who laughed like comic-book villains. Ishikawa flipped the script by giving them clearer motivations with which many players empathized. This already means that Elidibus is much more of an interesting character than before, but ‘Echoes of a Fallen Star’ turns him into a legitimate threat.

By possessing the body of a famous hero—fan favourite sad boy and Shadowbringers co-protagonist Ardbert— Elidibus has begun manipulating the First’s citizens, presenting himself as a sort of messiah figure. Within the initial Shadowbringers story, Elidibus was hailed as a master of plots, but in practice he mostly came across as a clown whose plans were always foiled. But now? I’m not so sure. He’s not quite as captivating a villain as Emet-Selch (who was voiced impeccably by both actor René Zagger in English and Hiroki Takahashi in Japanese) but his entry into the plot brings a reversal of fortune for the heroes that once again makes the story feel dire. Ishikawa’s skill at writing compelling villains pairs well with continued revelations about Final Fantasy XIV’s cosmology. As a result, Shadowbringers continues to be the game’s strongest storyline.

But maybe you don’t care about the story. Maybe you just want new fights and tougher challenges. ‘Echoes of a Fallen Star’ adds a lot more side-content and battles. The last patch had some exciting stuff, too—the first of three 24-player Nier Automata raids oozed style—but larger raids fizzled out quickly in terms of difficulty. There was an Ultimate tier eight-person raid, but unless you are a top tier player, completing it is out of the question. “Normal” players had to wait. Thankfully, there are now plenty of fresh fights. The first is part of a new storyline featuring former Imperial general and A Realm Reborn villain Gaius Baelsar. He’s thrown his lot in with the good guys back in Eorzea to destroy war machines created by the Garlean Empire. In a throwback to Final Fantasy VII, these weapons turn out to be giant robots. Yes, there are honest-to-God giant mechs in this game now, and the first is Ruby Weapon. It’s an 8-person fight that’s not too taxing on the normal difficulty, but c’mon, it’s a fight against a giant robot. It’s a kick-arse fight with a big surprise contained within, and the additional difficulty of an “extreme” version should please players. ‘Echoes of a Fallen Star’ also adds four new fights to the Eden raid. Like the fight against Ruby Weapon, these are 8-player trials against incredibly difficult enemies. In this case, they’re reimaginings of old boss fights with fresh music remixes and designs by Tetsuya Nomura. The Eden bosses have always been challenging on release, and I’m glad to say that these new additions really up the ante from the previous tier. One of the standouts is a complex fight involving attackers that leap in and out of portals, demanding that players be observant and make highly precise movements at a moment’s notion. In general, the new Eden fights have more moving pieces; one fight has players face off against remixed versions of the fire god Ifrit and wind god Garuda. It’s a chaotic melee in a burning arena. Today is patch day, which means that no one knows what’s up yet, so my duty finder groups ate shit a couple times. That’s to be expected but I do think that the new fights are a genuine step up mechanically and in terms of style. Much like Ruby Weapon, which has a higher difficulty version, the new Eden battles also have intense (and dubiously named) “savage” variations that will hopefully keep players engaged until the next challenge.

I loved Shadowbringers. It was my game of the year for 2019, but there’s no denying that while the post-release patches have offered fun fights and even some interesting content for crafters, there was not as much forward momentum to start with. ‘Echoes of a Fallen Star’ gives Shadowbringers a welcome shove. The exciting reimagining of old villains, redemptive arcs for others, giant fuckin’ robots, intense and challenging boss battles. Shadowbringers was good, certainly the best expansion Final Fantasy XIV’s ever had. Now it’s just showing off. Like a cliché old-lady with her soap operas I cannot wait to wait to see what comes next. Especially if it’s as good as this.