Sonic The Hedgehog 2 Is Still The Best In The Series, Don’t @ Me 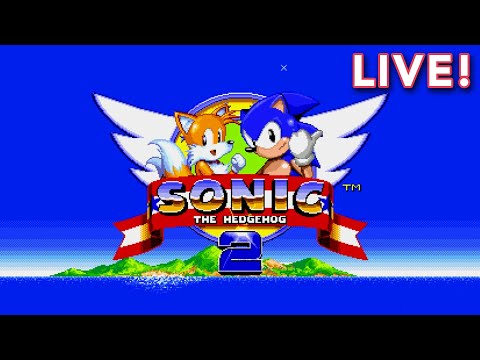 I wasn’t a Nintendo kid growing up. That honour belonged to my best friend who managed to have a Nintendo Entertainment System. When the time came, I bought a Sega Genesis, and there was one game that reigned about all others: Sonic the Hedgehog 2. Now that it’s newly on the Nintendo Switch as part of the Sega Ages collection, the fire’s reignited.

The Sega Ages version, which was released last week, is mostly a on- to-one port of the original with some added features. Where are save states and a 100-ring challenge mode, as well as the ability to play as Knuckles, something previously made possible through Sonic and Knuckles’ “lock- on technology.” I streamed a playthrough with my coworker Paul Tamayo and had a good time, even if I managed to crash the game once.

Sonic the Hedgehog 2 is a classic. But even in 1992—a year after Sonic’s initial debut—it was clear that something special was happening. The promise of Sonic the Hedgehog is quintessential ’90s. Mario set a standard and became a household name as consoles rose from the crash of 1983. He was safe, approachable. Sega’s solution for competing with Nintendo was to offer something different. Sonic was faster than Mario, and by the standards of the time, he was edgier. The original Sonic the Hedgehog catapulted Sonic to stardom, but it was Sonic the Hedgehog 2 that fully delivered on the promise of speed and codified some of the series’ most important features.

Following Sonic the Hedgehog’s release, programmer Yuji Naka and other members of Sonic Team parted ways with Sega of Japan. He was recruited by Sega developer Mark Cerny, who was working with Sega of America to establish his own division of the company, what would become Sega Technical Institute. The division boasted a unique atmosphere and increased freedom. Naka and designers were able to more freely iterate upon their initial success. Presumably, this explains Sonic the Hedgehog 2’s various additions and gameplay experiments. Sonic was faster, his world more colourful and distinct. The cast of characters expanded and series-defining elements such as Super Sonic, a speedy transformation granted to players who found all seven Chaos Emeralds.

The most important addition was the spin dash. When Sonic is standing in place, the player can push down and smash the jump button to make him rev up and blast forward at high speeds. Sonic operates on the maxim that speed is fun, which means that the times when the player stops truly suck. The spin dash allows players to quickly return to their previous pace, keeping the gameplay moving forward. Sonic the Hedgehog 2 occasionally sneaks in inescapable pits or difficult platforming segments that stymie progress, but the spin dash, in addition to branching level design, helped Sonic realise the speed that the first game more often lacked.

He’s not alone, either. Sonic 2 introduces Miles “Tails” Prower, the cheerful two-tailed fox who accompanies Sonic throughout most of his adventures to this day. Besides his unique abilities like flight and the ability to be controlled by a second player, Tails was a turning point for the series. There were characters now, pals and eventually new villains that would form a larger narrative universe. Sonic the Hedgehog 3 would introduce Knuckles the Echidna as a rival. Sonic CD brought Sonic’s obsessive fan Amy Rose and the dastardly Metal Sonic. Today, the Sonic franchise is awash in characters. It started with Tails.

Sonic the Hedgehog 2 codified the series’ form. Following Sonic 2, levels would be brighter and more ways to navigate them. Sonic would gain new abilities to move faster and friends who could (usually) keep up. It was the first real moment of clarity for a series that would go on to have an intense identity crisis. Naka and the developers at Sega Technical Institute knew exactly what they wanted Sonic to be: brash bright, and faster than ever before. Sonic the Hedgehog 2 set it in stone.